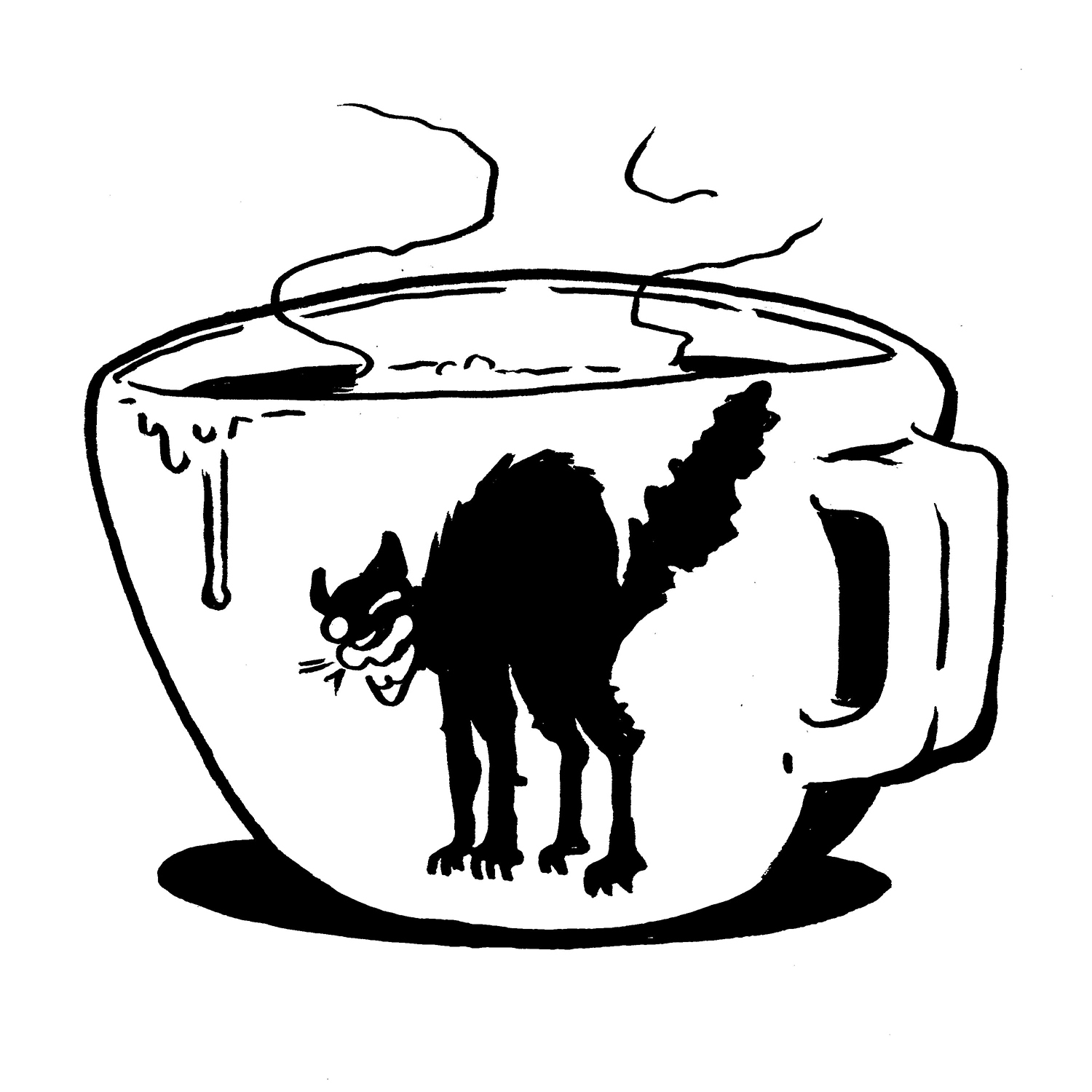 Last March, at a time when many restaurants were willing to sacrifice the health and safety of their workforce for the sake of profit margins, Pagoda Café preemptively closed down due to safety concerns ahead of the stay-at-home order imposed by the city. In the days, weeks, and months that followed, the shuttered café focused on helping its workers sign up for unemployment while raising emergency funds as a stopgap for lost paychecks. By the time the worst of the crisis had passed, and Pagoda was set for a limited reopening, owner Shana Mae Sassoon surprised the staff by floating the idea of relaunching as a worker cooperative.

When I heard that the workers and owner at Pagoda Café were exploring the possibility of converting their workplace into a cooperative, my first reaction was one of appreciation and hope. As an on-again off-again hospitality worker myself, and one who has led and participated in several efforts to organize in the industry, I quickly found myself daydreaming about what the developments at Pagoda could portend for restaurant workers in New Orleans. Perhaps no industry is more in need of fundamental, structural change—especially in a city like ours where hospitality jobs increasingly form the core of our local economy.

Few institutions embody the two-faced character of capitalism as dramatically as the average restaurant. It’s a Tale of Two Cities under one roof: a land of plenty for those who can pay, and a low-wage work camp for everyone else. A typical customer sees what they want to see. But the dining room is a fastidiously contrived facade which obscures the other side of the coin—the exploitative class character of a ruthlessly capitalist enterprise, and the sharp social inequities of race, sex, and legal status reinforced within it.

According to worker Benjamin Hoffman, Pagoda has always been a different kind of workplace. Before it opened in 2013, Sassoon (who is from India and grew up in Houston) and her former business partner worked to build relationships with the Black-owned businesses that line Bayou Road, conscious of the history of the 7th Ward and wary not to act as a gentrifying influence. From the outset, they focused on hiring young people from the neighborhood as well as queer workers who face higher levels of discrimination in the workplace.

Hoffman says that Pagoda has instituted many worker-friendly practices since opening. Workers exercise significant control over Pagoda’s policies and scheduling practices. An equitable tip-share system was practiced until recently, when tipping was abolished altogether and replaced with an automatic service charge. The front-of-house/back-of-house system was also thrown out—Pagoda workers instead employ a free-flowing rotation system.

Sassoon approached the staff in January of this year with the idea of turning the café into a coop, and the decision to pursue, let’s call it “coopization,” was agreed upon collectively. Ever since, Pagoda has been working with Cooperation New Orleans, a nonprofit that supports worker cooperatives. The organization has been helping the workers understand both the business and legal aspects of forming and running a successful coop, from democratically developing a business plan to drafting formal bylaws and filing with the State.

Much of Cooperation New Orleans’ influence has been to give workers a balanced, realistic picture of what running a coop really looks like, to help them develop the necessary skills to be successful, and to connect them to a broader national movement of worker coops. Becoming a worker-owner involves new responsibilities beyond attending coop meetings and getting up to speed on democratic management functions. It also means accepting a degree of risk in the long run, securing sources of financing, and being willing to deal with the manifold headaches of ownership. As one worker told me, if someone breaks into the café in the middle of the night, someone has to get up and deal with it. 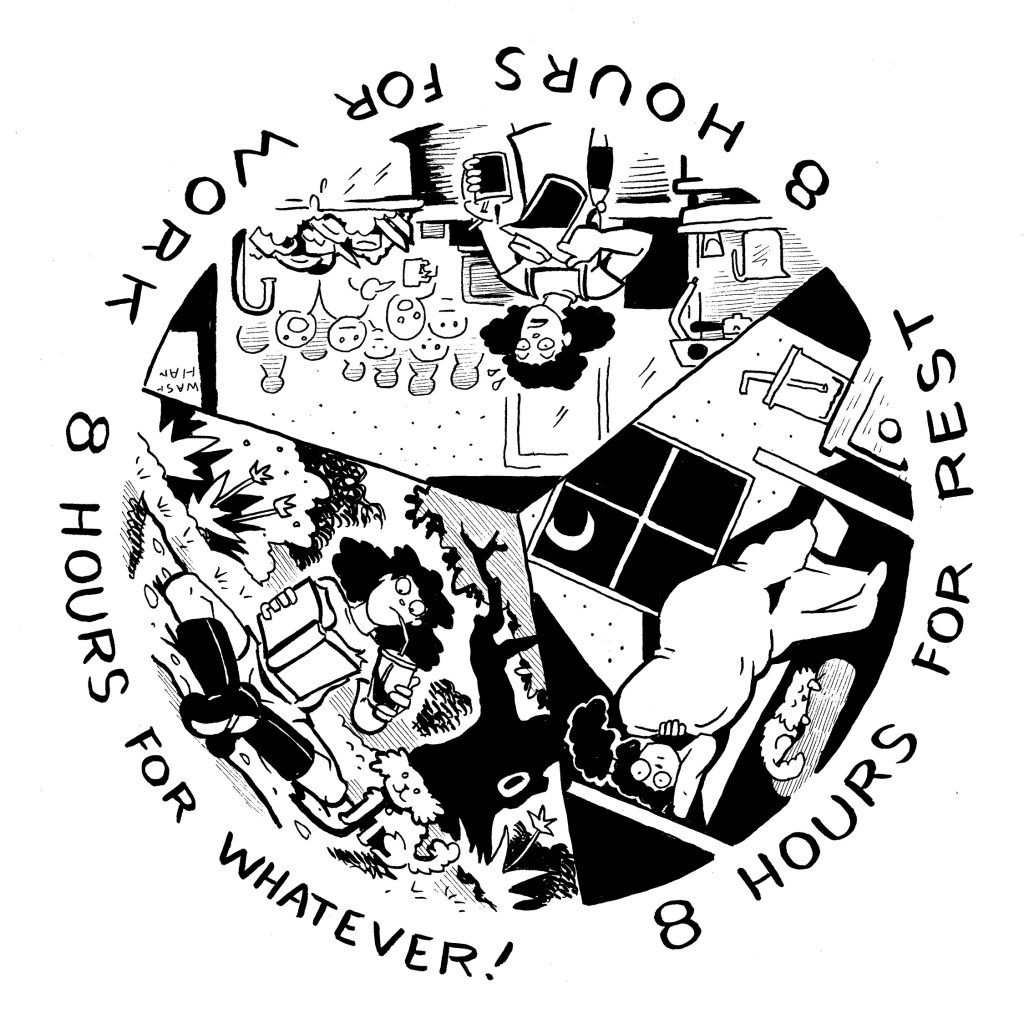 And yet, the opportunity to own the full product of your labor and to democratically determine the conditions of your workplace is a rare and precious one for any worker—despite the headaches. Pagoda workers have embarked on a process that has rarely been attempted in the service industry. Out of more than a million restaurants in the U.S., only about 49 are coops. If the workers at Pagoda succeed in forging a sustainable coop model, could such an achievement make a positive impact on restaurant workers across the city?

The past several years have been a time of intense and mounting class struggle within the New Orleans hospitality industry. Following a meticulous five-year unionization drive with UNITE HERE Local 23, hotel and restaurant workers at the Hilton Riverside, the city’s biggest hotel, won legal recognition of their union and a solid contract in 2017, bolstering the fragile beachhead for organized labor among the city’s 80,000 hospitality workers.

Not only do the unionized workers at the Hilton earn higher wages and better benefits compared with their non-union counterparts, they were in a much stronger position to face the life-and-death challenges of the COVID-19 pandemic in their workplace. As the pandemic was reaching Louisiana, the union succeeded in negotiating a new health care contract. And in recent weeks, the workers finalized their second collective bargaining agreement with Hilton, winning major gains around job security and COVID-related safety protocols.

But the union has also acted as an important springboard for campaigns to benefit working class New Orleanians beyond the walls of the Hilton. Last Spring, UNITE HERE helped anchor a broad citywide coalition focused on winning desperately-needed relief funds for all hospitality and cultural workers. The Greater New Orleans Fair Hospitality Fund campaign—which Sassoon and Pagoda publicly supported—aimed to force the Exhibition Hall Authority, the governing body of the Convention Center, and New Orleans & Company, the notorious private nonprofit representing industry bosses, to distribute half of its tax-funded $200 million cash reserves to hospitality and cultural workers.

While the campaign itself yielded mixed results during a public health crisis where ground game was restricted, the strengthening of a united front among organized labor, leftwing political organizations, and numerous cultural and social justice groups was itself an incredibly promising development. Last winter many of these organizations formed the backbone of an even broader coalition with city workers that resoundingly defeated Mayor LaToya Cantrell’s proposition to gut funding for the New Orleans Public Library.

For well over a century, labor unions and worker coops have been the two primary institutions created by workers to build and exercise collective power at the point of production. The revival of a mass labor movement in New Orleans is critically needed. Where the movement historically sprung from interracial working class solidarity on an industrial riverfront, today it must be built in the restaurants and hotels that form the core of our contemporary service economy.

Restaurant work is notoriously low-paying. Basic benefits such as paid sick leave and vacation time—obligatory in many countries—are often non-existent in U.S. restaurants. Likewise, health care is a rare privilege usually reserved for management-level workers in corporate shops. Most workers can be fired “at will” by the boss, meaning zero job security. Alcoholism, substance abuse, and suicide occur at higher rates among restaurant workers. Workplace injuries spurred by overwork and unsafe working conditions are not uncommon. And forget about retirement benefits.

The typical restaurant is racialized through the division of front-of-house and back-of-house workers. The kitchen tends to be populated by Black and immigrant workers earning a fraction of the wait staff—who are generally whiter. Immigrant workers, especially those without legal status, have little individual leverage against the caprices of their bosses, who can pay sub-minimum wages under the table and threaten deportation at the first sign of resistance.

And in a country where Black people are heavily policed and incarcerated, formerly incarcerated people are heavily discriminated against in the job market. Some of the only jobs they can get are in kitchens, and because their options are so limited, they occupy a precarious position in restaurants not unlike that of immigrants. Meanwhile female workers, trapped by coercive economic relations with the customer on the one hand and with the boss on the other, face sexual harassment in the workplace as a matter of course.

Unfortunately the COVID-19 pandemic has greatly exacerbated the major challenges facing restaurant workers. From an economic standpoint, no industry has suffered more. To date, four out of 10 restaurants are closed, and two out of three restaurant workers have lost their jobs since March 2020. Among those who are still working, line cooks in particular are at greater risk of dying from COVID-19 than any other profession in the country. And in New Orleans, the economic impact of COVID has been acutely felt throughout the working class communities that staff the hospitality industry.

Meanwhile, the pandemic may also present a rare opportunity for restaurant workers. As many readers will know firsthand, the CARES Act included enhanced unemployment benefits pegged at $15 an hour as a lifeline for workers who lost their jobs because of the pandemic. This has created a situation in which many are receiving more money than they earned working 40 hours a week in low-wage jobs. With the CARES Act providing a kind of wage floor, combined with the increased dangers and headaches of restaurant work in the era of COVID, an acute staffing shortage faces restaurants as they begin to reopen. Not only could this have an inflationary effect on wages, it could also empower restaurant workers to organize in ways that build durable collective power in the industry.

More often than not, that will mean forming unions. Both in the U.S. and internationally, most worker coops form either as new ventures or because the owner volunteers to sell the business to the workers. Various progressive movements have embraced political policy as the most effective instrument to increase worker-coop density. During Jeremy Corbyn’s leftwing tenure as leader of the Labour Party in the UK, the party program included a “right to own” policy that would have offered workers first refusal to buy their company if it came up for sale. Although Corbyn was defeated in 2019 and his program never implemented, it seems clear that coopization on a mass scale would likely rely on major policy victories.

Still, a successful Pagoda coop would put into practice a new model for how to run a restaurant in New Orleans. In a fairly tight-knit industry, word would spread quickly through dining rooms and kitchens across the city, and some workers might be inspired to emulate Pagoda’s example by forming new coop restaurants. A small number of owners might even see the light and follow in Sassoon’s footsteps. In the end, much could depend on how the Pagoda workers themselves identify with the broader labor movement in the city and embrace coopization as an explicitly political project. Ultimately, whether or not their process reaches fruition, their actions have already raised a very simple and important question: what role will worker coops play as we continue to build a powerful, 21st-century labor movement in New Orleans?