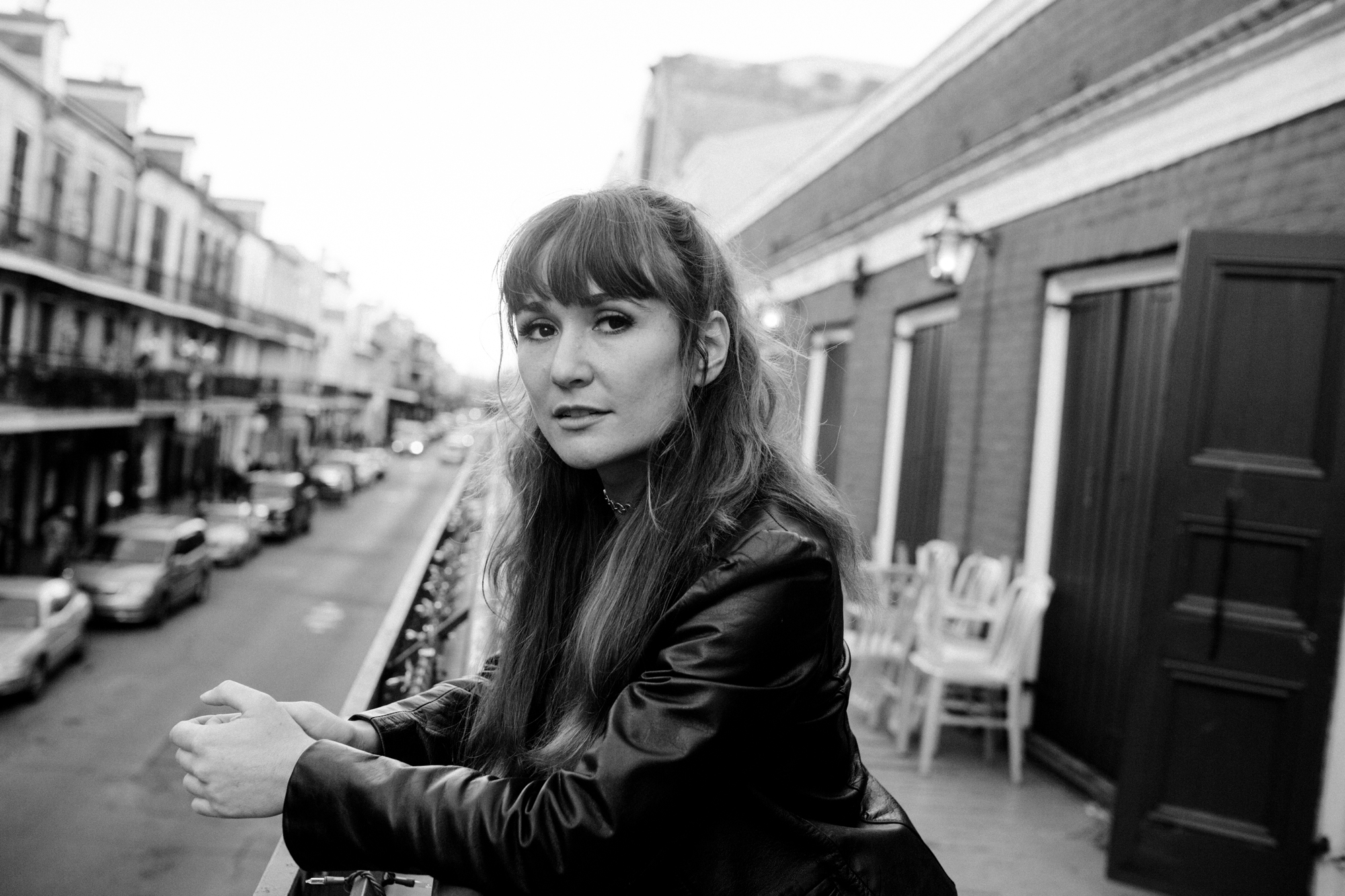 Call it a return to Saturn or heartbreak’s best revenge, Esther Rose’s full-length How Many Times is a magnetizing reverie of introspective, country-tinged songwriting. Following her sophomore album, 2019’s You Made It This Far, this latest release circles the story of a relationship’s end. But if anything, it is an album of new beginnings. Playing with a cyclical theme of reinvention, the last song, “Without You,” is the first Rose wrote. Through songwriting, she forces herself to be honest and present. With carefully crafted lyrics, Rose takes responsibility for “bad moods” and love’s misadventures before pulling the boots back on and keeping it moving. It’s this vantage point that cuts through any bitterness exhausted in familiar love tropes, wringing out confidence—both personally and musically—that keeps Rose pushing forward. Balancing old-fashioned style country ballads (“My Bad Mood“) with energetic two-step numbers (“Good Time“), How Many Times has all the emotion of a breakup album with a refreshing, reimagined perspective. Her delicately haunting voice gleams over a talented New Orleans roster featuring Matt Bell on lap steel, Max Bien Kahn on electric guitar, Dan Cutler on upright bass, Cameron Snyder on drums, and Lyle Werner on fiddle. I recently caught up with Rose to rekindle our admiration for ‘90s female-fronted country, the strength behind her songwriting, and some surprising turns ahead.

How Many Times feels like an album contemplating reinvention. It’s not exactly about forgiveness, I don’t think. Instead, it considers a rebirth. I’m curious how this theme has carried itself throughout the songs?

Yes, forgiveness is overrated! Just kidding, but you’re kinda right—forgiveness isn’t really what’s happening. I Googled “rebirth”: the action of reappearing or starting to flourish or increase after a decline; revival. A revival! That word speaks to me and also the frenetic, comeback energy of the record. One of the most helpful things I discovered while writing this record was I no longer have to figure anyone else out but myself. How do I feel? What do I want? Why do I want it? My mother once told me to follow the why’s. She’s a mystical lady.

This album was recorded over several years. How has having distance contributed to the songwriting and your feelings unearthing the tracks?

In the past, recording has kind of felt like doing homework: here are all these songs I wrote, better get the band together to catch up. We’d make a record happen in three to five days. For How Many Times it was different. I needed to stretch out and take my time and get it exactly right. My band got together in February 2019. We spent five days at The Tigermen Den with Ross Farbe and recorded eight songs. Then I hit the road and kinda didn’t stop touring for the rest of the year. I think that after touring with the songs and performing them every night, it was as if they steeped inside of me, and I had more clarity about how I needed to sing them. So we all got back together in January 2020. The songs from the second session sound so relaxed: “My Bad Mood,” “Coyote Creek,” and “Good Time.” I wrote “Good Time” at the last minute and really wanted that song’s energy on the album. It’s such a boost. I cut two songs from that first session that I call “the pain songs,” and they will probably surface at some point. But the songs from the initial session that we kept are loaded with heartache and magic.

Do you remember beginning to form a conception of “country” and how that idea might relate to your songwriting?

I got my musical education from going to shows in New Orleans and just being around musicians every night for ten years. And my concept of country music was informed by the scene and its reverence for the past, the way that only New Orleans keeps early 1900s music alive. Jazz, blues, and country. All roots music is remembered and played here every day. But as I grew into my songwriting, I discovered that my heart lies in the country music of the ‘90s—Sheryl, Shania, The Chicks, Mary Chapin Carpenter—the records I howled along to with my sisters on the family farm. That country-pop crossover stuff… see where I’m going?

All those female ‘90s country artists are the best. It’s as if they took hold of the genre of sad, sappy heartbreak songs and gave them a good kick in the ass. Speaking of, there is a subtle pop influence lingering on this new album. What’s the inspiration behind the sound on How Many Times?

The sound is a composite of the excellent musicians that join me: Matt Bell, Lyle Werner, Cameron Snyder, Max Bien Kahn, Dan Cutler, Howe Pearson, Gina Leslie, Ric Robertson. We joke that our sound is some weird combination of late ‘60s folk/early ‘90s rock. Think Joni Mitchell and Kurt Cobain with a smattering of Hank Williams Sr. But you’re right, this album does indeed sound like it’s crossing over from country to pop. You heard it here first, folks.

I’m in an undisclosed research site in New Mexico. I’ve been communing with aliens and cowboys and rediscovering my love for making espresso.

Will you be returning to New Orleans?

I tried to keep a foot in two places, but that made it extremely difficult to walk, so I’m giving in to this new direction. It’s scary letting go, and I’ll probably visit quite often.

How was touring with legend Nick Lowe?

It was absolutely life-affirming. Here’s a person that’s spent his life writing songs. To see him on stage, surrounded by decades of quality songwriting, just him and a guitar and the audience knowing every word. It shows the value of a good song. The resonance can last a lifetime. 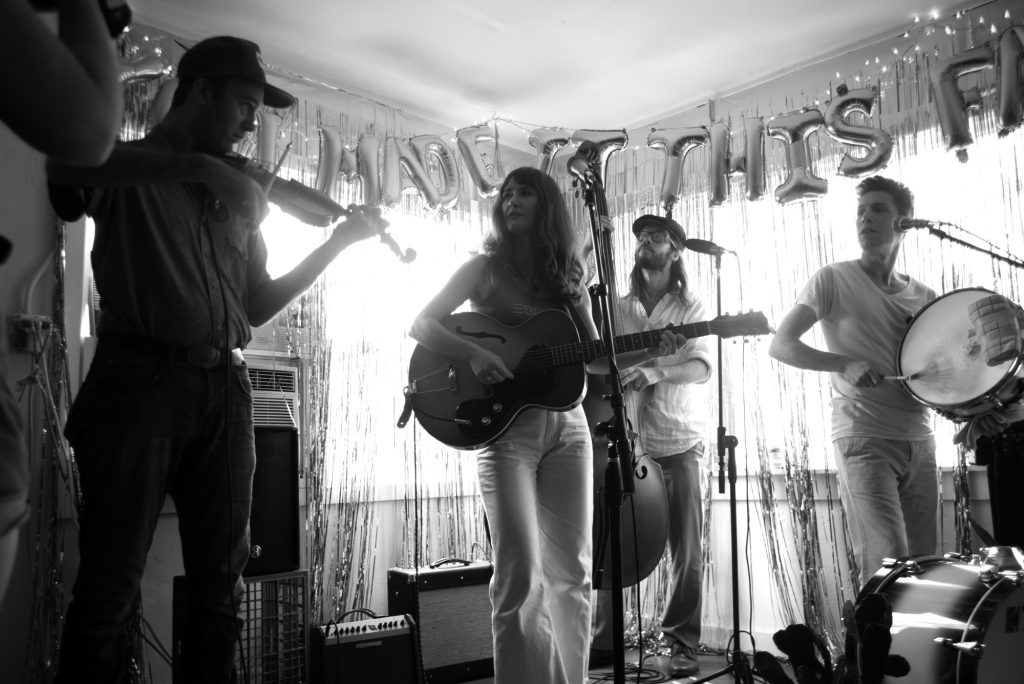 Release party for You Made it This Far at The White Roach, August 2019. Left to Right: Lyle Werner, Esther Rose, Dan Cutler, Cameron Snyder  (photo by Paris Achenbach)

The album, in many ways, explores a cyclical theme. What are some ways you stay so honest and hopeful in your spirit while handling themes of heartbreak?

I use songwriting as a way to ask some of my more burning questions. This process has been so beautiful over the years, and quite possibly life-changing. In moments of chaos, heartache, numbness, whatever… whenever I choose to go to my desk and hold my guitar and ask questions and be present, I often find an interesting melody or a gem of knowledge. The past is stored in our bodies, our senses, and there is a very clumsy balance between the past and present. It’s all kind of happening all at once, isn’t it?

Have you always known this is what you want to do?

I did not take songwriting seriously until I was about 28, and I’m so glad that I finally did. In the past, I would have song ideas, but I wasn’t nurturing them. I’d let them go. Something shifted around my Saturn return1Saturn return typically first occurs between ages 27 to 31, when the planet rotates to the same zodiac position of when you were born. It is most commonly characterized as the beginning of a new life chapter, career path, or reawakening to one’s life purpose.. It was as though my life caught up to me, and I had a lot to say about it.

You’re selling a limited run of notebooks in your merch. What’s the significance there?

I wanted to make a “songwriting starter kit”: matches, candle, notebook… the stuff you’d find on my desk. I thought it would be so cute to engage with my fans that way. The illustrations on the notebook cover (by Jackson Tupper) symbolize each song. We ended up with the circle idea because of the way I sequenced the album; the last song on the record is the first one I wrote. I sequenced the record that way to emphasize how cyclical learning can be. So many times in writing these songs I would think surely this must be the end. So many times I thought I really figured it out, I finally knew how to protect myself, I could fix my heart. Looking back there’s an innocence to it, like I was trying to write a song that was so honest and true that maybe it could fix things (that never works).

Although your music has grown throughout the years, it remains genuine. As you’ve evolved as an artist, how do you mediate the pressure of success while still finding pleasure in songwriting and remaining authentic?

For me, success is writing a song that I care about. As long as I’m successful at that, the rest is keeping perspective… having gratitude for the attention my music is receiving, spending time with the people that I love, and getting closer to the natural world.

How have you nurtured your creativity throughout the past year?

My attention span was completely shattered during the early months of the pandemic, so walking and listening to podcasts was how I passed the newly-found free time. I also wrote my next album. Songwriting is something that I do to bring down my heart rate, center, and explore. When I start a song I am often pretty worked up about something or other. We all had plenty of anxiety to settle with this past year. This new batch of songs sounds very different somehow. Maybe it’s because I’ve never played them with my band or for an audience, but I’m very interested in what may lie ahead. I guess I’ve crossed over into country-pop and am fully out of my comfort zone in more ways than one. 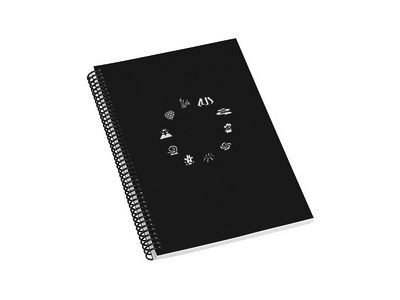 Esther Rose’s new album, How Many Times, is out now via Father/Daughter Records. For more info go to www.estherrose.net. Top photo by Akasha Rabut