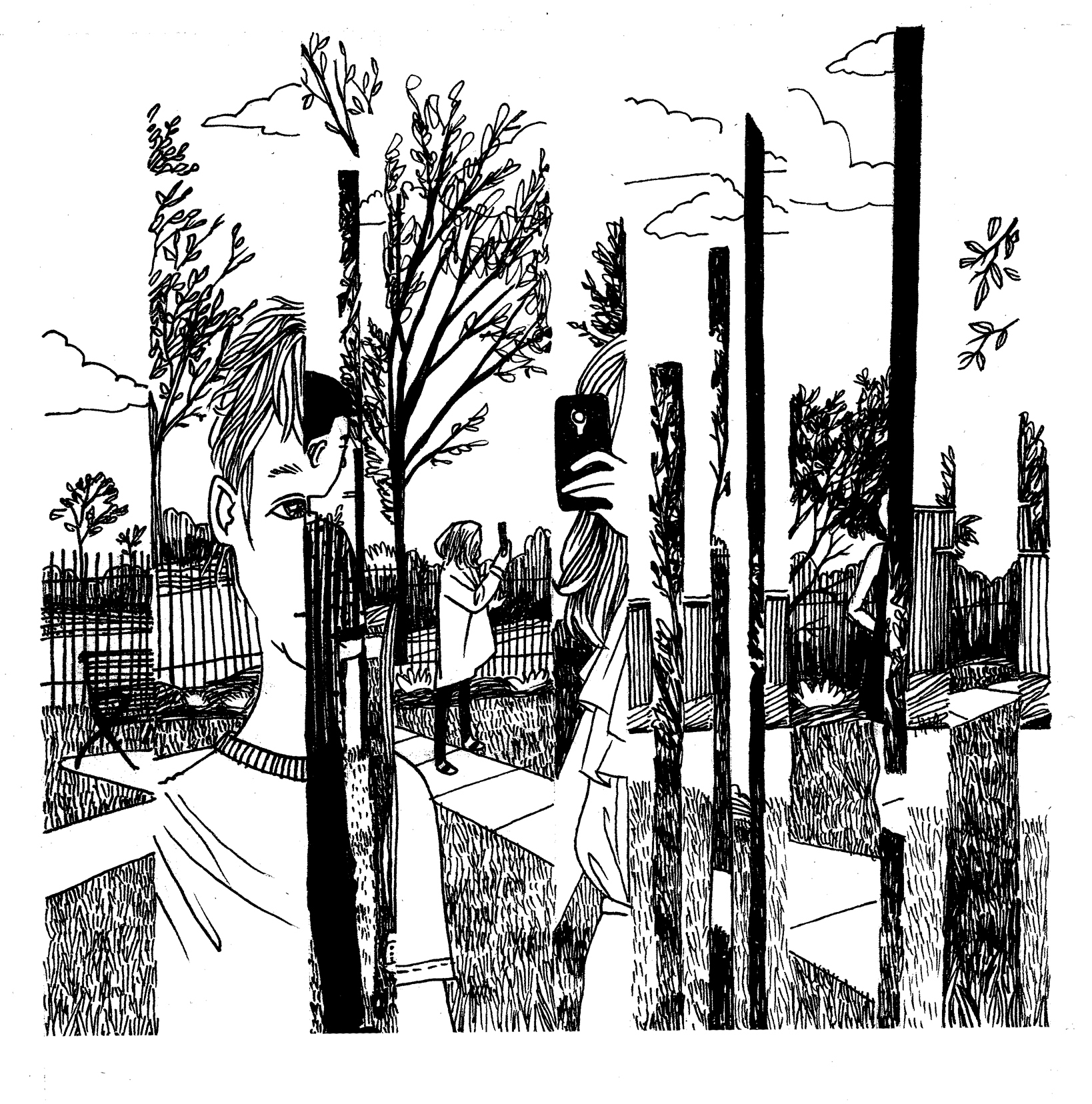 City Park is the largest park in New Orleans, and it is an absolute treasure. It has a solid art museum and an excellent sculpture garden, smooth green lawns studded with oak trees, and—my favorite bits—the sweet corners of minimally developed land full of wild fauna and little paths where visitors can ramble and explore and pretend they have managed to find their way out of the city for a while. On the City Park Land Use Plan, these parts are called “Natural Resource” and “Passive Recreation” areas and I wish there were way more of them in the 1,300 acre park than a mere 170 acres combined.

City Park is in a unique financial position. Until the millage vote this past spring allocated it an estimated $2 million annually, the park received no money from the city. Another (close to) $2 million comes from the state, but City Park has, up until now, provided 90% of their annual budget with revenue generated by the park itself (according to their website). In comparison, the typical U.S. park self-generates around 27% of its budget, according to the 2019 National Recreation and Park Performance Review. City Park has to figure out various ways to wring money out of its land. To this end the park is continually undergoing large development projects and contains numerous pay-to-use facilities. The most invasive of these is the expensive golf course that now occupies just under 25% of the park’s area. The golf course used to be a huge source of revenue for City Park before Hurricane Katrina (according to City Park’s website). They expect the expanded course, opened in 2017, to serve a similar purpose. But while it is nice that the park has this (potentially) fat revenue stream that may begin generating funds at some point in the future, golf courses require a great deal of upkeep, and the future revenues are not certain. Furthermore, the golf course comes at the cost of a large swathe of land that is now unavailable to most park goers, considering the green fee ranges between $60 and $95 per game.

I am often suspicious about any of the new plans that City Park management rolls out to improve our already wonderful park. But in a change of heart that I admit was totally self-serving, I was cautiously excited when I found out about the new sculpture garden expansion. This was built in 2019 with private funding on land that, in 2005 was designated “Undeveloped Open Areas,” but in 2017 counted as “Cultural Area,” and I find myself feeling fine about that reallocation of land. This attraction is free to visitors, which means its land, while not remaining multi-use, is available to all park-goers.

The Sydney and Walda Besthoff Sculpture Garden is located behind the New Orleans Museum of Art (“Besthoff” is the “B” in New Orleans’ iconic K&B drugstore brand). It is free and open to the public and it has become one of my favorite places in town. Sculpture is special in the world of visual art. Paintings and drawings are tricksy things, imaginary windows into imaginary worlds. Even when they are subverting illusionistic tropes, they are still responding to that quality of fakery inherent in flat image making. Sculpture is by necessity more forthright. You can share space with a sculpture, walk around it, (sometimes) touch its many surfaces, ascertain for yourself its realness. And this sculpture garden is the best place in New Orleans to do so (although there are signs posted that sternly warn against touching the sculptures). This garden, full of sweet-smelling flowers, has paths that wend around a murky lagoon and past oak and pine trees; and everywhere there are sculptures made of bronze, steel, concrete, or glass. It is not a perfect collection of sculpture; there are a few stinkers. George Rodrigue’s We Stand Together, an arrangement of three of his ubiquitous dog paintings constructed back-to-back, comes to mind as an example of a total misunderstanding of the whole point of three-dimensional art. But there are more winners than losers in this garden. Anish Kapoor’s Untitled is a tall rectangular cuboid made of stainless steel which reflects its surroundings and viewers back at themselves from three sides. The fourth side has a huge dimple in it, big enough to stick your head in. It feels like slipping into a different world where even sounds are different. Viewers who have stood under Cloud Gate (Kapoor’s famous Chicago monument in Millennium Park) will recognize the odd feeling of seeing reflections of themselves distorted by curved mirrored surfaces that fill their entire field of vision. Alison Saar’s Travelin’ Light is an uncanny masterpiece. The bronze figure of a man hanging upside down from a chain is also a bell when you pull a cord and release a deep, sad gong sound. I also love Rona Pondick’s Monkeys, a tangle of stainless steel cartoon monkeys with appendages that morph into naturalistic arms and faces. The garden is undeniably magical. So my cautious excitement about the new expansion developed into being really stoked about it as the opening date drew near.

That excitement has been well justified. The six new acres of the sculpture garden are constructed with a thoughtful economy of space. There is a wide variety of subject, method, and media present in the sculptures in the expansion, and there is an indoor sculpture pavilion that houses works that are not suitable for outdoor installation or that are site specific. The expansion is thoughtfully designed, well-curated, and nearly as magical as the original site. The finest sculptures in this garden are the ones that shift the viewer’s perspective on the world. Some, like the Pondick and the Saar sculptures in the original garden, do this on an emotional level, but many of the best works in the expansion change the way the viewer sees the world in a very literal way. Sculpture is an art form that interacts with—and is influenced by—its surroundings, and many of these works are reflective, which adds a very deliberate dimension to the way they respond to the place where they are. These are works that would look completely different if they were somewhere else and someone else were looking at them. Frank Gehry’s Bear With Us is a crumpled stainless steel bear that reflects back the trees above in a tangled multitude of colors and textures. Inside the pavilion, Olafur Eliasson’s The Hinged View transforms its viewers into colorful upside-down blobs. Arguably the showstopper of the entire expansion, Jeppe Hein’s Mirror Labyrinth offers a disorienting and wonderful thicket of steel and mirror posts that, on a typical day, reflects back the fragmented forms of delighted tourists. Anyone who looks at it becomes a part of the sculpture, with an elbow coming out of the backside of a stranger and half of a face, shifting and changing as the viewers move through and around it.

The garden is built around a large section of the lagoon, and water is both a major geographical feature of the garden and a theme that crops up repeatedly in the sculptures. There are works that deal with water on a massive scale, like the site specific installation Folding the Mississippi (1938) by Maya Lin (whose most famous work is the Vietnam Veterans Memorial in Washington, DC), which invites us to consider the water that shapes the land where we live. This map of the river’s network is constructed out of clear marbles that climb up the wall of the pavilion and onto the ceiling, catching the light from the window so that the marbles appear to gently glow. The bridges that span the lagoon turn the viewer’s eye to water in a more direct way, both by the obvious necessity of their function, but also through unusual and clever design. The glass bridge Mississippi Meanders by Elyn Zimmerman is paved with a colorful skein of river forms that allow visitors to walk across the water in more ways than one. The canal link bridge connects the old sculpture garden with the new, and instead of providing a path over the water, this bridge cuts through it, angled concrete walls keeping the lagoon out. It is nearly as strange an experience to walk across this bridge as it is to gaze at Hein’s Labyrinth, and the bridge is even more forcefully about place. From a distance, visitors to the garden appear to be walking hip-deep through the water as they traverse this marvel of engineering. This sight, in different contexts, is not unfamiliar to those of us who live in New Orleans. The sculpture garden expansion is well made and satisfying, but perhaps more importantly, it belongs exactly where it is.

The Sydney and Walda Besthoff Sculpture Garden is located behind the New Orleans Museum of Art at City Park, One Collins C. Diboll Circle, and is open seven days a week with free admission. Summer hours (April 1 – September 30) are 10 a.m. to 6 p.m. For more info, check out noma.org/sculpture-garden/background.