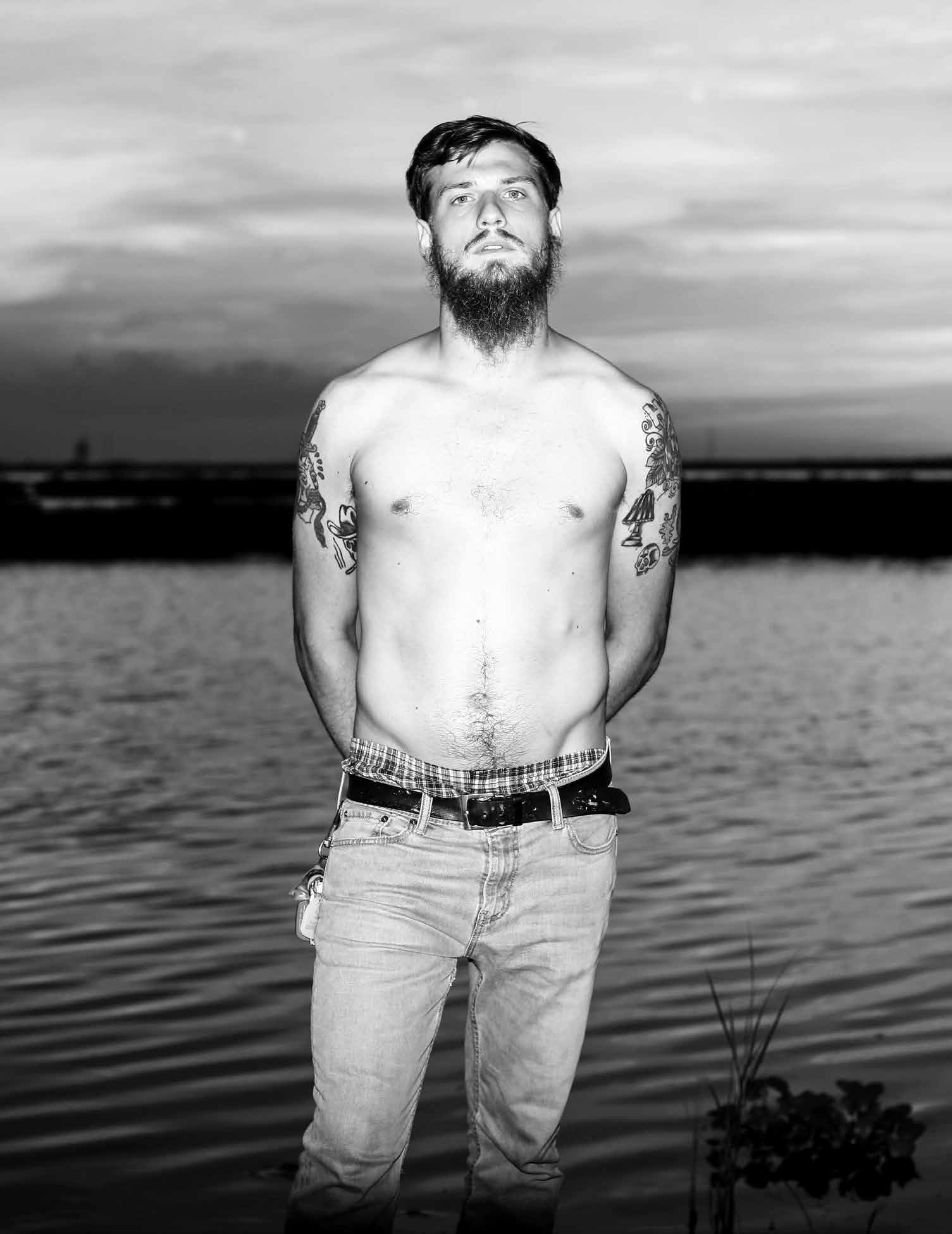 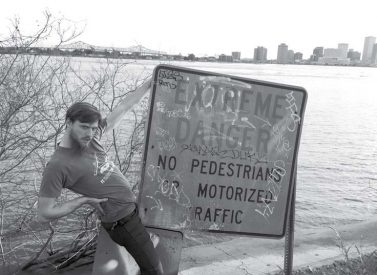 Chance died on June 23, 2016 of a heroin overdose. He had lived only 26 years before he was ripped away from me, and from all of us—all of the people he made laugh, skated or painted with, cooked for, worked with, played music with, or simply listened and gave counsel to. Yes, even in the throes of unraveling from a gradual relapse that would eventually end fatally, he was still championing for others to stay clean and find focus in their lives. He was active in his community and got great pleasure out of helping others—even when he couldn’t help himself.

As I’m writing this, I look down at my left hand and stare at the engagement ring his mother gave to me right before his memorial service. I still can’t believe he’s gone. There is this powerful emptiness in my chest and mortal pain in my heart that reminds me every second of every day that I am on this Earth, and he is not.

Chance had privately messaged me via Instagram, admitting he had “been crushing” on me for two years (when he first worked at Stein’s Deli), and asked me out on a coffee date. The moment our eyes met, I knew that I loved him. He would later tease me when I said this, and say he knew he loved me by the time I finished my soup (that I’d brought from my own house to prove how ‘nonchalant’ I was about our meeting). When I revealed to others that I had met the love of my life—and that he had disclosed he was a recovering heroin addict—the judgement I felt was palpable. To me, Chance was so confident in his sobriety that I didn’t question when he said it was a part of his past that he’d left behind (I had never dated an addict prior).

After years of personal stints dabbling in booze and party drugs for distraction and social acceptance, I’d quit drinking, smoking cigarettes, white drugs, and prescribed drugs in 2013. I understood what it was like to want escapes from severe depression and anxiety, and also the realization that those stimulants were just amplifiers that were prolonging the problem: facing my fears. I was alone in New York City and called a suicide hotline from the bottomless abyss of sadness I was drowning in. The following week, I began therapy. It saved my life.

So I didn’t judge Chance for his past drug use. Instead, I wondered how deep his sadness ran. It’s a question I often ask myself when I see people choked by the grip of their own vice. I don’t feel compelled to ask “why don’t they just stop?” or ponder if they are criminals who steal from their parents, hit their significant others, spread STDs, or have bad teeth. I ask, “how is that person’s brain wired different from mine?” Because that is the difference: brain wiring. Chance had told me that he had hereditary addiction from all sides of his family tree, as well as depression—he told me he was diagnosed with depression at eight years old. Being predisposed to suffering, he had some pretty serious odds to overcome.

I feel topics like addiction and depression/anxiety should be openly discussed and seen from compassionate perspectives. It can be hard to understand depression, anxiety, addiction, and trauma if you haven’t experienced it first hand, or in a loved one. My personal opinion views addiction (especially coupled with depression and anxiety) under the same umbrella of learning disorders like dyslexia, OCD, autism, and ADHD—instead of an issue of lacking moral codes or as a disease that seizes the brain, rendering it helpless of all decision-making. I believe looking at addiction this way, we can better understand why people struggling with addiction behave the way they do. We can also figure out better ways to help them (for more information on this perspective, see Unbroken Brain by Maia Szalavitz).

Chance and I had the most loving and respectful relationship. We mirrored each other’s boundless affection and unconditional love, and told each other “I love you” throughout the course of every day. We traveled together, went out to fancy restaurants (but also stayed in and cooked), went to movies and museums, hung out with each other’s families, rode our bikes around New Orleans, listened to music—and every other fun, “normal” activity you would imagine doing with your partner. His favorite thing was to take me to see sunsets from different spots, ranging from The Fly to Pass Christian. Secret little places he once painted graffiti became places for us to kiss, take pictures, and talk about our future children as the sun went down behind an array of beautiful colors and light.

This past April, we took a trip to Dallas, his hometown. I believe that was the beginning of the end. It’s where he admitted to me he had relapsed. I naively thought it had been an isolated incident that we would leave in Texas, but by June I would see the face of his addiction  return—a face so hauntingly different from the person it burrowed inside of. Chance had been using discretely, probably enough not to get dopesick, and then started playing with fire when he began experimenting with fentanyl. I discovered that he’d first used it either in Texas, or when he returned home to New Orleans (while I was out of town on tour) when I found a conversation in his phone where he went into morbid detail with someone about his trying it, and the effects of using it on its own.

What started out as a cutting agent to enhance heroin’s effects and addictive qualities has turned into an epidemic over which North America seems to have no control. New Orleans has seen over 60 fatal fentanyl-related overdoses this year alone. A lethal amount of fentanyl looks like six grains of salt; it can kill a person in two minutes. This makes it nearly impossible to bring a person back from a fentanyl overdose. It’s 50 times stronger than morphine and 100 times stronger than heroin. I spoke with a user who informed me that “unless you’re new to the game, you are aware that most heroin you’re getting in New Orleans is cut with fentanyl to begin with.” One of the dangers of getting a mixed bag is that you’re likely to get “hot spots,” a term used to describe a shot that is primarily fentanyl, rather than heroin. You’re essentially playing Russian Roulette with significantly shittier odds. I learned all of this in the days leading up to the missing person report I filed for Chance with the police, and the following night when we discovered where he had been found. 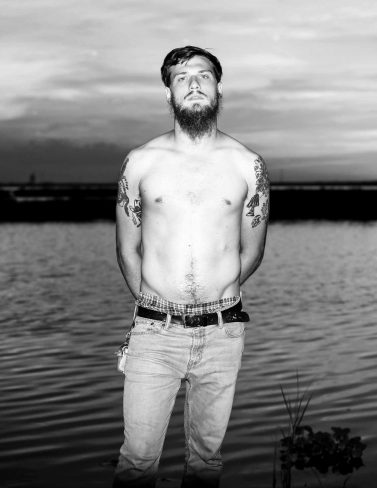 Chance was unprecedented. He was a man I cherished above all else. I adored him and will continue to adore him for the rest of my life. I’ve gone through all the supreme adjectives trying to properly describe him and his essence, but it never seems like enough. When we met, he was proud of the person he had become. He had grown into a man who had self-respect. He embodied earnestness. He was tactful and kind. He cared about equality. He was anti-homophobia/anti-racism/anti-sexism, and would correct people when he felt they were judging others. He would come to me with frustrations regarding bigots whose views he could not change. He was hilarious. He acted without ego. He was unapologetically himself and encouraged me to be the same. He was my best friend, and he made me want to be a better person.

His addiction was savage and came shrouded in shame and self-loathing. He wanted so badly to hide from me that he was fighting it through quicksand, with no foreseeable vine in reach. It beat him down until there was nothing left.

My hopes of sharing this extremely personal story is to allow Chance to continue to help others with addiction. I want to give him honor, to make up for some of the unfairness in his life ending so abruptly, and to use his story to help save others’ lives.

This article has been edited and updated from the original print and online version.

August 31 is National Overdose Awareness Day. If you or someone you know is struggling with addiction or mental health issues, here are some resources: