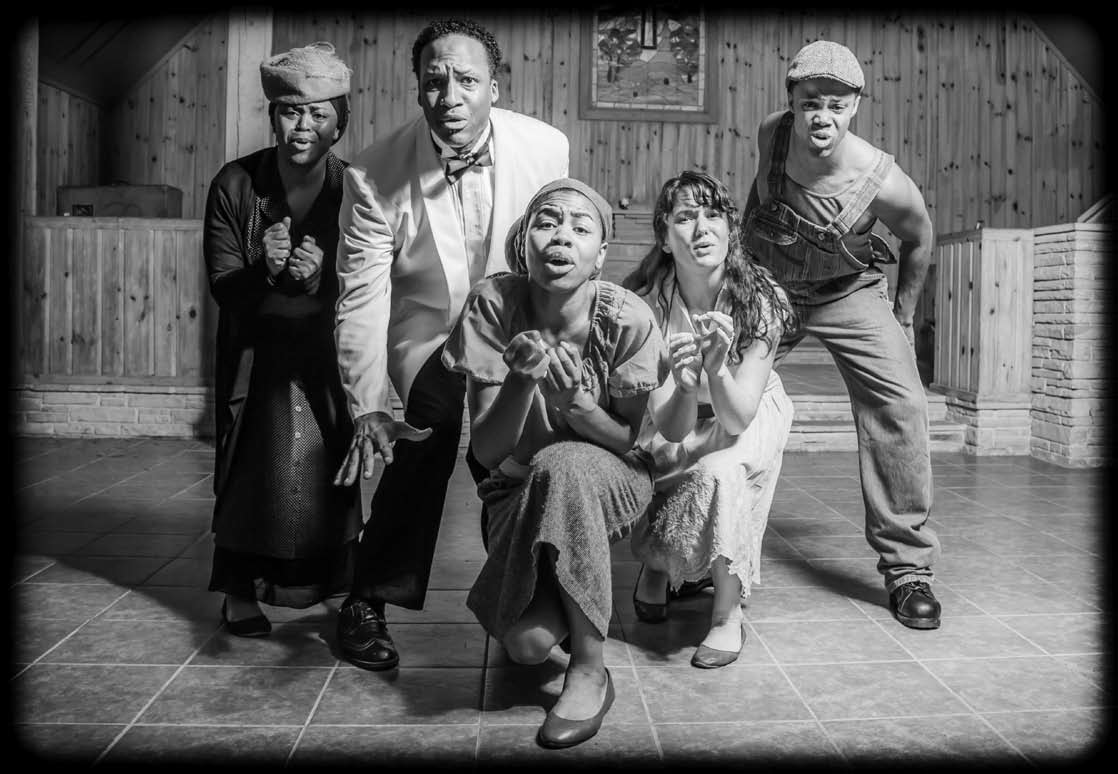 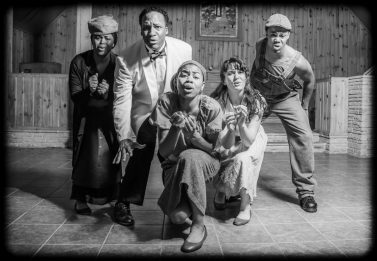 On April 23, 1940, the Rhythm Club in Natchez, Mississippi burned to the ground. 209 people were killed and many more were injured. Almost all of the victims were Black, and many were buried in a mass grave. It was the fourth deadliest fire in a place of assembly in the history of the United States. 63 years later, on February 17, 2003, 23 people were killed and at least 50 injured when panic ensued after guards used pepper spray to break up a fight at the E2 nightclub in Chicago. Again, most of the patrons were Black.

Cristal Truscott, founding artistic director of Progress Theatre, felt a resonance across space and time between these two tragedies and followed that thread to write and direct a searing a’capella musical that follows both stories. I had the opportunity  to experience a preview of this play, The Burnin’, last summer, and I have not been able to get it out of my head ever since. With a hard-hitting script, talented cast, and timely subject matter, The Burnin’ is one of the best new works I saw in 2014. Junebug Productions—known for producing socially relevant works by some of the best artists of color in New Orleans and around the country—is hosting three performances of The Burnin’ this month at the Contemporary Arts Center. Truscott  was kind enough to answer a few questions about the show.

How did you find the two stories that The Burnin’ is based on?
Cristal Truscott: In 2003, my brother sent me a link to a front page article  in the Chicago Sun Times about the E2 club tragedy. The article showed pictures of each of the people who had died with a short sentence or two about their lives. Although this article  was meant to be a tribute, the short  snippets of those interrupted lives made me want to explore or imagine all of the complexities of a life— particularly a young life—and a person’s identity, dreams, and potential beyond the headline of being a victim of the tragedy. I wrote a play called MEMBUH (as in “Remember”) inspired, in part, by this notion of the fullness of who the victims might have been in their  everyday lives, beyond their identity as mere clubgoers. I knew then that I also wanted to write another play, a second play about those final moments in the midst of tragedy, exploring the notion of the clarity or hyper-awareness that comes in that space when one’s life “flashes before one’s eyes,” or of life being cut short right at the cusp of moving closer to your dreams and who you were/are meant to become. A few years later, I was in Natchez  doing research for my dissertation and learned about the 1940 Rhythm Night Club fire. The circumstances of both events: overcrowding, blocked entrances and exits, and limited  public and social space for the African American community in both  locales (along with the trans-history  connections between Mississippi and Chicago via the Great Migration) made it clear to me that The Burnin’ would be that next play.

What kind of research did you do to develop the world of the play?

As an academic, my inclination was to research all that I could about both  events. At the same time, as an artist, I felt the lives of those who died were so precious, I wanted to respect that.  I knew that my goal was not to stage a retelling of the event or a biography  of actual victims’ lives. So the result is a play that is inspired by the events  rather than based on them for accuracy. Through fictionalized locales, The Burnin’ follows a group of clubgoers in 1940 and their counterparts in the contemporary club scene as a framework to explore social, political, and cultural questions and complexities through the intersections of race, gender, and community during  times of trauma and survival. 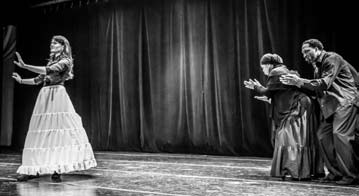 What performance traditions influenced the style of the play? Why write an a’capella musical?

I call my plays neo-spirituals—or a’capella musicals—crafting them  consciously, methodologically, and specifically through the lens of African American performance traditions. Neo- spirituals are descendants of Negro spirituals, which were a’capella at first by necessity, [since] drums [were] forbidden to enslaved Africans in America. It is a testament to those who survived that the absence of the drum— though intended to be a limitation, a restriction, and an oppression—gave birth to this genre of music so rich with not only rhythm (because the “drums”  are still there in the voices) but also full with agency, resistance, celebration, survival, and cultural aesthetic and nuance. I see neo-spirituals very much as descendants of that legacy of Negro spirituals and other cultural expressions of Black folklore and slave narratives; and simultaneously, products of contemporary Black performance aesthetics (hip-hop, spoken word, R&B, the blues, etc). My work aims to continue the legacy of performance traditions that were necessitated to communicate the urgency of survival, identity, autonomy, and humanity. Technically, my plays are musicals, but that doesn’t capture their soul. Meaning, there is song, but it’s not about singing. There’s movement, but it’s not about dance. There are characters, but it’s not about  acting. There is story, but it’s not about  crafting a linear play. The dream is to explore the most compelling, honest,  unflinching ways of approaching questions of humanity, inclusive of race, class, gender, and spiritual identity—in the service of unity  through diversity, cross-community healing, and understanding.

How has the production intersected with the Black Lives Matter movement? Have current events shaped  audience responses?

The play is a tribute to Black life. It is a eulogy for dreams deferred by death,  injustice, systemic oppression, and circumstance. The work was entering its final stages of development as the Black Lives Matter movement was finding its voice and so the intersection is inevitable, invaluable, and meant to be. The Black Lives Matter movement now has a name, but artists, community workers, advocates, victims’ families, and activists have been doing the work of that movement for years. So it’s a blessing to join in solidarity with this demand for the value of our lives, our communities, our dreams, and our potential. Our audiences have been raw and ready to lean into the conversations that the play instigates. We’ve received  so much gratitude and support from audiences who see the piece as another opportunity to move dialogue forward,  to move action forward, to continue the larger work of equality and freedom.

What are you looking forward to most  about performing in New Orleans?

The Burnin’ will be performed at the Contemporary Arts Center (900 Camp Street) on March 12, 13, and 14. Tickets will be available on cacno.org. Doors open at 6:30pm, with the performance starting at 7:00pm.