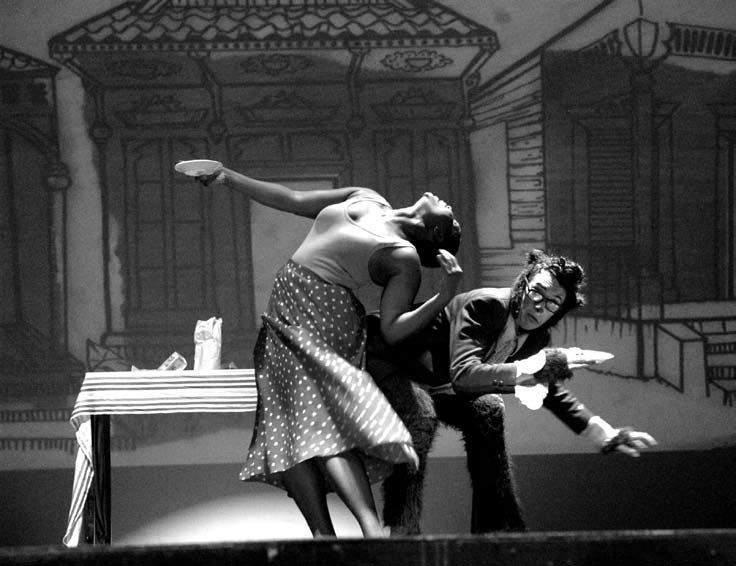 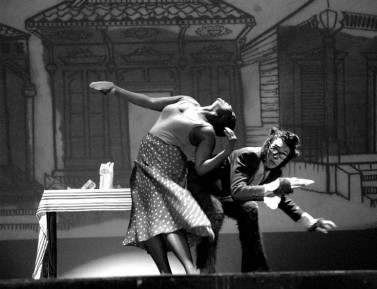 There’s only one place in New Orleans where you will find alligators conspiring to get out of their tank and pick up some Popeyes, a magical sock that grants wishes, and a very sleepy President Obama. The annual Play/Write Showcase, an evening of short plays written by young people and performed by professional theater companies, is one of the most consistently imaginative and whimsical events in the city.

Founded by Goat in the Road Productions in 2009, Play/Write places teaching artists in schools for year-long residencies. They teach playwriting as part of language arts and social studies classes. At the end of the year, ten plays are selected from 115 submissions and produced by local theater companies. The results are always delightfully surprising. The festival is no secret to the 250 young people and their families who attend each year from participating schools (International School, Success Prep and St. Mary’s) but is largely unheard of to those outside theater and education circles. I asked Play/ Write co-founder and teaching artist Shannon Flaherty a few questions about the history of the festival and the treats in store this year.

Shannon Flaherty: Play/Write was one of the major factors in the founding of Goat in the Road. Chris Kaminstein and Rachel Carrico were the originators of the idea – both had some experience with similar programs in other places. The two of them got to talking and brainstorming about the possibility of doing their own interpretation of it in New Orleans. We all worked together on applying for the Arts Council grants in the spring of 2009 and when we received that, it was full speed ahead for the program and for us as a company.

What’s your favorite memory from a Play/Write classroom?

A beautiful moment for me this year was at the last class at St. Mary’s. The students were all writing feverishly. 48 students totally engaged in writing! We liked to set an online stopwatch so the students would know how much writing time they had, and when it went off for the final time, to hear the cries of dismay because they had to stop writing was incredible! Some of them had to be peeled away from the writing.

How does Play/Write connect to school curriculum? What is the process that Play/Write teaching artists go through to generate plays with their students?

Our curriculum is aligned with the writing and reading core standards for the fifth grade. The curriculum can be modified to fit a history or social studies curriculum in a variety of different ways as well. One of the exercises that we do early on in the year is read a story and compare and contrast it with a script, and then analyze that arc of the script to introduce the concept of dramatic conflict. Then we do some creative brainstorming and come up with deleted scenes that the students rehearse and perform for each other… Another way to connect Play/ Write to the classroom curriculum is through an activity called “See, Think, Wonder.” Students look at an image and write down what they see in it, what they think about it, and then what the image makes them wonder. They choose their favorite wonder and use that to generate a first line of a play, which they write. The images that we use can be primary source documents relating to the area of study of the class.

Who selects the plays to perform at Dillard and how do they choose which plays to present?

The plays are selected by a panel. We always make sure that we have at least one theatre artist and one person involved in education and also a diversity of sex, race, and age. Goat in the Road does some initial screening of the plays, narrowing them down to about 20 (from 115) and then the panel selects the final 10. The panel takes about 3 hours and is dependent on the panelists being very engaged and focused. We are grateful to these folks who treat the students’ works with such reverence. 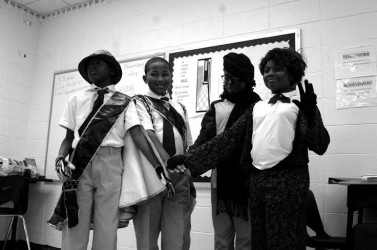 What’s your favorite memory from a Play/Write performance?

In the second year of the program, we did a play called The Computer, written by a student from St. Mary’s. The playwright who wrote The Computer didn’t ask for help and was very quiet; and then we read his play and we were like: “Woah! This is an awesome play!” One of the things that set it apart was its sense of humor. The whole thing is about the search for a computer that can grant any wish, which Commander Zeb (played by Cecile Monteyne) and his army are trying to find. The play ends with Commander Zeb satisfied that the computer has been found and they have hidden it “In a safe guarded by another safe which is underwater next to a volcano, which is also guarded by a mountain.” Immediately after this, the commander gets a call that the computer is missing and he and his sidekicks all look up at the sky and scream “Nooooooo!”

How do the young people react when they see their work performed? What does it mean for them?

One of my favorite parts of Play/Write is seeing the varied reactions. Last year we started putting a chair on stage where the kids sit to watch their plays. How the student crossed the stage to get to the chair really summed up the differences in the personalities and reactions of the playwrights. There was one student last year who bounced across the stage blowing kisses to her adoring audience, while another student quietly walked over and sat down very demurely. I equally love watching the hams and those who are more shy, but crack a smile of satisfaction… Because the Play/Write Showcase is so unlike anything else that happens in arts education in the city, I think the students are always very impressed. They see their own ideas and words taken to the professional level, and start thinking of themselves as artists. One of the most satisfying things that has happened is when a student tells you after the showcase that he or she is going to start the next play right away.

The Play/Write Showcase is on Monday, May 12th at Dillard’s Cook Theatre (2601 Gentilly Blvd.) at 7 pm. The tickets are $12. For more info, check out goatintheroad.ticketleap.com