P. CURRAN
NAUGHT  BUT A SHADOW: A NOVEL OF THE OCCULT
(CADIZ & CADIZN’T)
Written before author P. Curran’s sublime Stay Out Of New Orleans, yet published after that collection, Curran returns to the same place and time for a much longer tale he has subtitled “A Novel Of The Occult.” Abel is a denizen of the Bywater with a dark, otherworldly past he seems to have barely survived. Bernie, a former punk rocker and actor, finds that his best efforts at forgetting his past are no match for a determined fan (who also happens to be a cop who could bust him instead of orchestrating a possible comeback). What follows seems to take the evils we are all familiar with and make them far more frightening than those we cannot begin to comprehend, but Curran’s ability to keep the reader involved in Shadow is stretched beyond its limits. Not that it isn’t a lofty goal to create a 21st century version of John Fowles’ The Magus or Iris Murdoch’s The Bell; it simply takes far more than  Curran currently has to sustain the kind of suspense Shadow needs to walk the tenuous––and sometimes supernatural–– threads that bind his characters to their fates. Curran’s stab at making the banality of evil a captivating yet eerily humble  story comes tantalizingly close but ultimately misses its mark. Oh, how that realistic craft of his does cut, though. ––Leigh Checkman 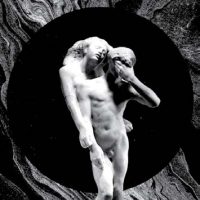 ARCADE FIRE
REFLEKTOR
(MERGE)
After the smash hit The Suburbs, the opportunity to solidify their legacy in rock’n’roll folklore was not lost on the members of Arcade Fire. As a band who is usually judged by the genre of their fan base rather than their methods of songwriting/production, they were out to prove themselves as the rare beast who can play the mainstream game on their own terms. So, with a blistering promotional campaign that included viral video teasers, secret shows and fake band names, the Canadian-American art-rockers ushered in their fourth studio album, Reflektor, to fevered anticipation (and resistance). Like their previous releases, Reflektor is a concept album—only this time they are angling the mirror to engage the ego of our current, self-inflated social model, even posing the age-old question, “What if the camera really do take your soul?” This cleverly crafted album employs influences ranging from Talking Heads and the Clash to Radiohead and U2—all of whom were/are also aware of the weight of their own artistic relevance at one time or another. From dancehall to discotheque, this bouncing rock opus makes it tough to pick favorites from the stellar 13 song tracklist, but I would be willing to bet the anthems “We Exist” and “Afterlife” won’t be leaving your brain any time soon. Even long-time buddy, David Bowie, offers his stamp of approval by lending a vocal cameo to the title track. So, as one of the most polarizing bands on the planet currently shattering expectation and splintering genres, the only question now is: where do they go from here? Anywhere they want. —Kevin Comarda 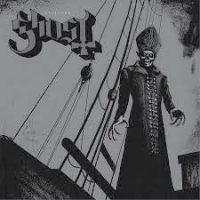 GHOST B.C.
IF YOU HAVE GHOST
(LOMA VISTA)
I suppose that at this point  I have to admit to some professional bias here. Firstly, I fell in love with the band Ghost, (B.C.*cough*), the moment I heard those silky metal guitar  tones and Papa Emeritus’ vocals, lodged deeply in the tradition of King Diamond. I had found my favorite metal band in years. Secondly, Roky Erickson is a national treasure, so when I finally put the E.P. on I had high hopes. Fortunately, what’s here  is pure hellish joy. The title track is bombastic, gothic and draws every drop of beauty from Erickson’s songwriting. Ghost transforms an ABBA cut into prog-metal without losing the original’s driving tempo and then, without skipping a beat, turns a Eurodance staple into a musical theater production, replete with growled verses, shifting time signatures and a chorus as wide as a cathedral. Even on the hymn-to-Hell cover of Depeche Mode’s electro- minimalist “Waiting For the Night,” Ghost’s pop leanings  blend so seamlessly with their  classic metal sound that it seems only a matter of time before the malls are inevitably populated with little ghoulish Papas, right? Cover records are a good way of sneaking your music into the masses’ ears and Ghost delivers something familiar, yet wholly their own. ––Mike Rodgers 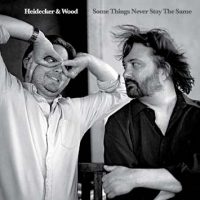 HEIDECKER & WOODS
SOME THINGS NEVER STAY THE SAME
(LITTLE RECORD COMPANY)
Where’s the line between parody and homage? Maybe it’s buried  somewhere in this ridiculously sublime ode to the smooth rock pioneers of the past, those laid back singer-songwriters that  your dad used to bob his head to. The beauty of Heidecker & Wood is how something like the sports bar rock‘n’roll of “Hurricane,” with its bluesy riff and on-the-nose lyrics about  hanging out at a friend’s house during a hurricane, can come off as completely guileless. But oh, there’s guile here. The excess of the Floyd-esque “Sunday Man” revels in its overproduced psychedelia, like a “Brownie Mountain” cover on The Division Bell, but that doesn’t stop the song from kind of rocking. It’s that bullseye that Some Things hits time and again. The album opens on a white dude blues ode to the reinvigorating properties of cocaine with the blunt chorus, “Cocaine keeps me awake, all through the night, all through the day.” The joke is how quickly that refrain starts repeating itself in your head. Heidecker & Wood sneak in these loving tributes to some of the cheesiest rock in history inside the Trojan  horse of irony, but you’ll be surprised how easily that irony begins to fade. Viva la’ Yacht Rock! ––Mike Rodgers 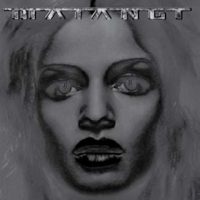 M.I.A.
MATANGI
(N.E.E.T./INTERSCOPE)
Maya Arulpragasam, aka M.I.A., has spent far more time in recent years being a controversial world personality than the rapper and musician she is. Performing with Madonna in a Super Bowl halftime show, then being put on the spot for sometimes contradictory political views will do that. After a three-year hiatus between albums (during which her only release was the single “Bad Girls”) M.I.A. turned to her namesake Hindu goddess–– and to her own life–– for inspiration and poured it into Matangi. “My words are my armor and you’re about to meet your karma,” she chants on “Karmageddon,” staking a claim to a potent blend of hip-hop and traditionally Eastern rhythms onto which she layers stuttering, chanting paeans to the power of her heritage. Whether she takes an ‘80s bhangra spin on “Come Walk With Me,” throws down a challenge worthy of most gangsta rappers in “Bring The Noize,” or answers Y.O.L.O. with her own reincarnation- referencing “Y.A.L.A.,” M.I.A. still has attitude to spare, but it’s channeled into electric beats and cultural territory that is at once familiar, yet shining anew on a more personal level. ––Leigh Checkman 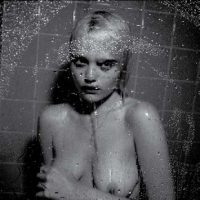 SKY FERREIRA
NIGHT TIME, MY TIME
(CAPITAL RECORDS)
There’s something exciting about good pop music that other genres just don’t produce. The thrill of a bubblegum-flavored hook that worms its way into your brain’s mixtape brings a certain kind of joy. It’s even better when there’s a little meat on the bones, when through some form or fashion an artist makes unabashed pop that embraces something unusual or more interesting. Sky Ferreira makes some of the glossiest, poppiest music I’ve heard–– tracks that wouldn’t be out of place over a John Hughes credits sequence. But then there’s the other songs, the ones that chug like echoing motorik and build bit by bit like industrial electro (“Omanko”). How do you explain that on a pop album? The record  opens with “Boys,” which, when you peel back the buzzsaw synth  bass and thick hide of guitar  reverb, reveals a simple melody and lyrics as straightforward as any classic ‘60s hit. It’s a wonderful pairing, made all the more potent by Ferreira’s almost affectless pixie voice, landing somewhere between Kelly Clarkson and Nico. The riff-heavy boom-bap of “Heavy Metal Heart,” the stuttered swing of “Kristine”––there are little weirdo delights hidden beside each nod towards the Pop Chart like the glitzy dose of sugar “I Blame Myself.” Night Time lets me listen to a Miley Cyrus opening act un-ironically and I think that’s a good thing. ––Mike Rodgers

THROWING MUSES
PURGATORY/PARADISE
(IT BOOKS/INDEPENDENT)
“Our favorite beach is nestled between Purgatory and Paradise Roads,” writes Kristin Hersh in the art book that accompanies Throwing Muses’ first album of new music in ten years, a 32-song set making use of the imagery she employs in the book’s introductory essay. The essay itself is an intriguing document—at once a huge thank-you to those who Hersh  calls Strange Angels (those  funding Purgatory/Paradise via online donations, a “100% listener-powered” strategy), and a rumination on the creative  island Hersh, bassist Bernard Georges and drummer Dave Narcizo found themselves on while creating this latest searingly wistful group of songs. There are some rockers in the mix, among them “Sunray Venus” and its more angsty sibling “Slippershell,” but the mood of P/P is far more pensive, merging Hersh’s lyrics with mostly acoustic guitar work or understated electric guitar, anchored by Narcizo’s and Georges’ solid rhythms. The songs that clock in at under two minutes seem like throwaways at first, but they hold up on repeated listenings, like grains of sand on that metaphorical Muses’ beach. One unusual, fierce standout is “Milan,” Hersh’s steaming soliloquy to the murderous humidity of a certain Crescent City we all know. And lest a listener think the stories  Hersh tells after each lyric in the P/P book are extraneous bits detracting from the music, consider each song as Hersh  occasionally does: an entity just as likely to take as it is to give. Purgatory/Paradise is Throwing  Muses in a highly generous mood. Give it the time to take you away. ––Leigh Checkman