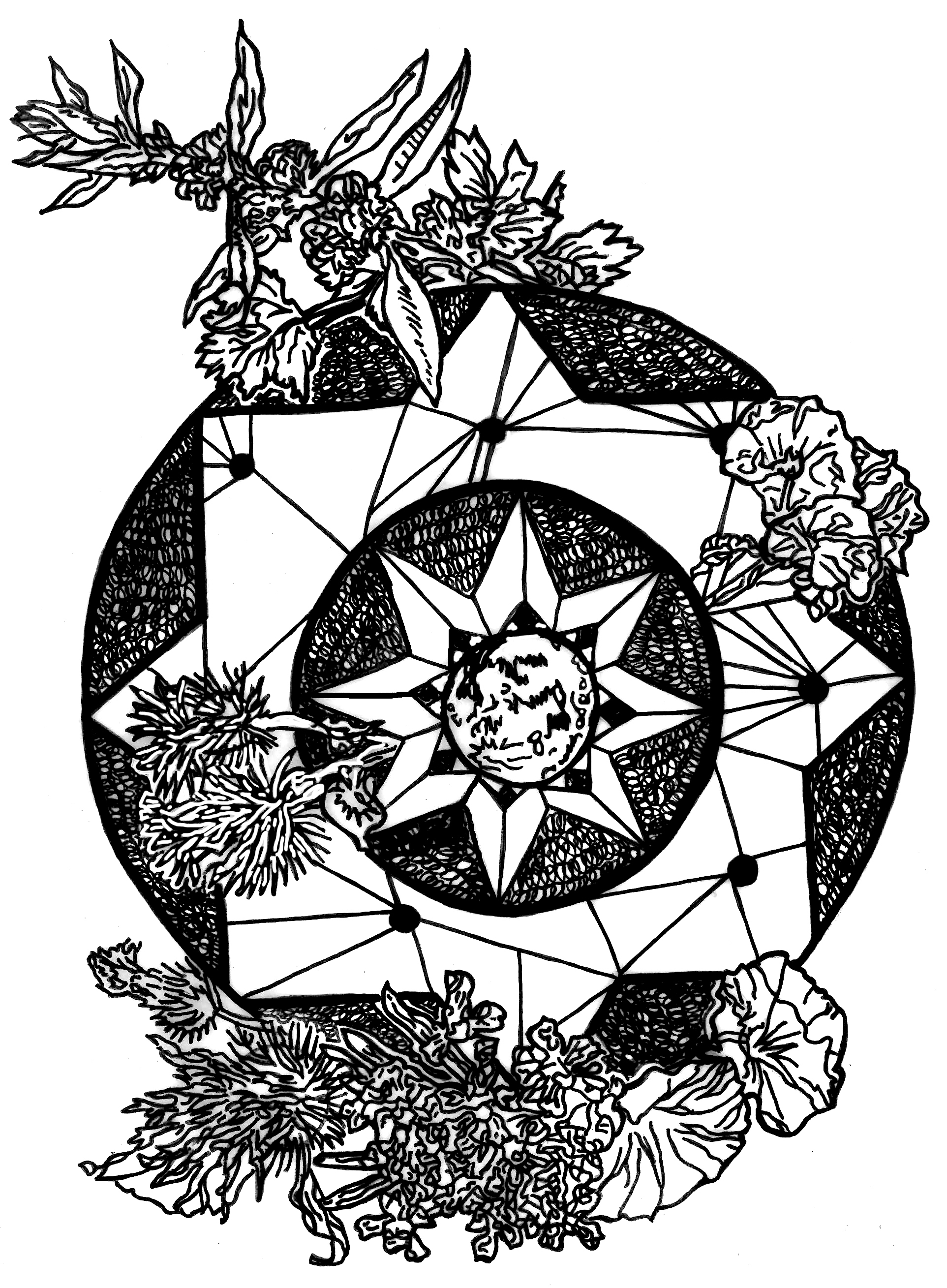 Last month as a new moon and a new you approached alongside the new year, we explored the most potent potions hidden within herbs that you can grow easily in southeastern soil. This month, let us incorporate more sparkle magic into your plant life by exploring further the magical and medicinal properties of plants which ought to be made your familiars.

The botanical name means “lion-hearted” (more or less), as if motherwort didn’t sound powerful enough of its own volition. This plant is blessedly in the mint family, which means she is easy to grow, no matter what, all of the time. It’s not nearly as invasive as common mint, but once established it will do more than just fine in our climate, especially in a lightly-shaded place. Though more respectful of its neighbor’s space than standard mint, it’s not a terrible idea to grow this one in a pot.

Healthwise, motherwort is all about the blood, most especially the menstrual blood. It helps to induce late or absent periods, especially irregular periods that are triggered, or rather untriggered, by stress and anxiety. To that end, it is a great stress reliever in general, and eases irregular heartbeats, blood pressure, and the like. It’s also well known as a remedy to ease broad-spectrum menopausal symptoms.

Clearly, this is a very uterine-centric herb when it comes to healing, but truth told its name is likely derived from its magical uses more than its medicinal properties. Of course, these are arguably kind of sort of one and the same, but for the sake of order in a chaotic world and more readable paragraphs, we’re going to pretend for now that medicine and magic are two different things. Motherwort is used in protection spells in general, but most especially in protecting mothers and their children within the home—and even more especially, protecting unborn children and the mothers that carry them in utero. The herb also creates nirvana within the household in general, nevermind its known powers in bolstering general confidence and nurturing an understanding in its users that all will come to pass exactly as it is meant to. If you want to be on an astral plane without complaint, burn motherwort—especially in conjunction with mugwort—to help you get there fast. Don’t smoke it, though, as it’ll probably give you a heart attack. Remember, blood stuff.

Lovage is relatively new to me as a culinary herb; I grew it for the first time two years ago, thinking I was on some new edgy kick. I quickly discovered it was far more known than I ever knew. I was humbled when people more knowing than I started calling it luh-vahj, instead of luh-vidge. Lovage is extremely easy to grow in the southeast from September through April or so. It doesn’t do our heat though, so say goodbye when summer hits.

For health and wellness lovage is great for the skin. It combats inflammation, eczema, and psoriasis; it has antioxidants and all sorts of nutrients and minerals as well. It also tastes great, like a combination of celery and parsley, so you can season a lovely stew for your face and mouth for health and wellness. It’s great for urinary tract issues as well: inflammation, infections, kidney stones, and so on.

Lovage, predictably, is a love spell powerhouse. It is used to strengthen already existing bonds, or to bring renewed life to a relationship in stasis. It’s also an aphrodisiac. If you’re gunning for some fresh new love, let the lovage pour all over you in a steamy lovage bath; the residue will draw fresh suitors near and give you silky smooth, youthful skin to boot. Supposedly a lovage bath might help you win court cases as well. Soak up the lovage and beat that case.

Like so many things that grow in our climate but aren’t native to our climate, burdock is happy in New Orleans all year round except in the deep summer. That said, it tends to live a couple of years, and it absolutely will live through our summer, and it absolutely delights in our humidity, so long as you get it started well before the depths of summer. Also, make sure it is in relatively loose soil, as the taproot of this plant is where the real goody bits lie, carrot style.

Burdock has ostensibly been used to combat impotence for centuries, and while this attribute may just be a quack medicinal fallacy by way of its phallic demeanor, apparently scientists have watched rats have (measurably) great sex with the aid of burdock shavings. More practically, but perhaps less excitingly, burdock is also a great blood purifier and overall organ system cleanser. This is also scientifically measurable, vaguely. Also, it tastes kind of like root beer, being a root and all.

Burdock is especially effective at chasing shadows of the mind away. It is used to banish negative thoughts about oneself or others, leaving blue skies and a steadfast mind with which to more effectively manifest your own reality upon the ever-malleable multiverse. Keeping with the shadowy tableau, it is also decidedly associated with the underworld, the unknowable, and the unseeable. It is of the darkness. One can make a tea or burn it or do any number of things to bring its powers to life, but it is most commonly worn as a necklace. Not the whole root; that would be embarrassing. Just cut it up into little beads or carve a tasteful sigil.

These beautiful, tender, but aggressively vining flowers are native to Mexico and Central America, and as such are relatively cozy around these parts. You’re taking a chance growing them in cooler weather: they curl up and blacken around the edges if the thermometer creeps below 45 degrees or so. The weather seems to creep that way less and less all the time around these parts though, so, worry not so much. Their namesake is pretty on the nose; each flower blossoms elusively and only once with the dawn, then dies in the light of the full day—and yes, every bloom is glorious.

Medicinally, morning glories are a great laxative. That’s about it. Unless of course, you think tripping balls is also medicinal. Morning glories are full of LSA, a close chemical relative to LSD, with very similar effects. And while exploring the depths of the mind by way of losing all concept of self can absolutely be therapeutic and healing, I’d prefer to consider it magic. Perhaps this plant is the one to bring home the point that all veils are thin, all lines are false, all reality is malleable, all designations are arbitrary, all healing is magic, all magic is healing, nothing is real, everything is the same thing, and dividing letters into words and words into sentences and sentences into paragraphs that separate the idea of magic from the idea of health and healing is an exercise in futility as much as it is an exercise in potent chaotic magic.

Magically, it is used for divination and insight through the lens of blurry hallucination. It is a gateway into other realms; it grows in the liminal space between civilization and the untamed woods. It is your escape and it is your answer and you can grow it on your backyard fence with ease.

You are the plants, the plants are you, take care of them so that they may care for you, let them melt into you so that you can more easily melt into the void and meld a better reality from therein. Heal yourself, heal the world. Poof. 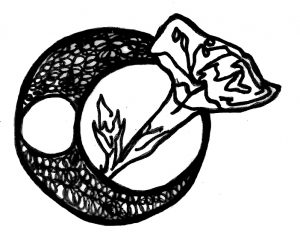