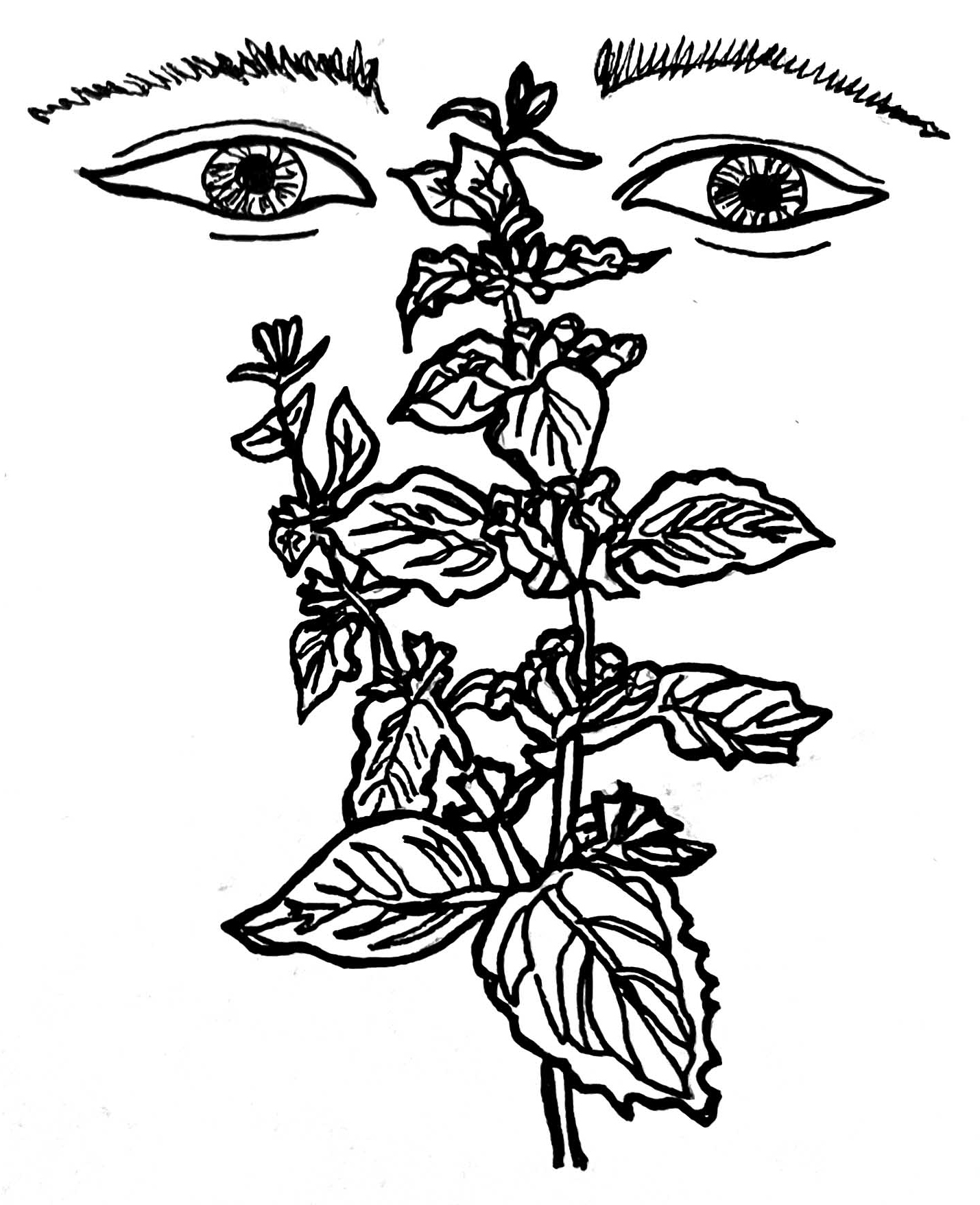 MY PASSION IS HERPES:
A Q&A With Lemon Balm

Far from a staple in the garden, but certainly not an unfamiliar name to even the most casual gardener, I myself have been acquainted with the somewhat elusive lemon balm for years. Despite our casual relationship, like so many out there, I have longed to know more about this low-key star of the herb scene. Their potency is unmatched and the prolific expanse of their capabilities far outshines my brightest expectations for what this herb really can do. Who knew?

I’ve known you a long time now, not like best friends known you, but known you enough to be a sort of intermediary for your fame. You are here talking to me, after all. You’re a popular one! But so enigmatic too. I feel like when people find out that I’ve been around you, the questions just start rolling out. What are your feelings on this mystique that seems to surround you?

I’m just a regular plant, man. I grow and die like everything else in this world. And in between, I’m just trying to survive, and maybe if I’m lucky, be remembered for a little while when I’m done surviving. Does that make sense?

Sure. Seems pretty universal. Just the general condition of being. But you stand out, you pull people in. We don’t all do that.

Well, I do smell pretty good. So there’s that. But plenty of plants do that. You walk by a plant, maybe brush its leaves by accident, and then its scent catches your nose and you stop, turn around, realize you’ve just come across something you don’t smell every day. Sometimes people mistake an interaction like that for love, or infatuation at least. I’m telling you, though, it’s just part of the experience of being alive. And I’m not here to make the experience of living a  memorable one, I’m just here to live. But if I stand out, well, I don’t mind making the world a better place.

That smell. Could you talk more about that?

Maybe you could give us just a little more? A peek behind the curtain, as it were?

Yeah yeah, I dig it. Dismantling the mystique, putting the money I don’t have where the mouth I don’t have is. Sure, man. I’m just carbon, hydrogen, and oxygen, like every other plant. OK, and chlorophyll, and lots of other inorganic elements and compounds. But yeah, OK, it’s true: I’ve got citral, citronellal, geraniol, and linalool pulsing through my veins, working together to make me smell like the freshest organic lemon-scented cleaner you’ve ever had the pleasure of spraying on your kitchen countertop.

What are those words?

My bad. Those are, scientifically speaking, phytochemicals. I don’t really know what that means. But I do know they smell like lemon, lemon, roses, and lavender, respectively. And so I’m pretty much two parts lemon, one part rose hip, one part lavender. Plus mint. Because that’s my family. The mint family.

I have noticed that you’ve got some pretty minty looks.

It’s true. The bunching habit, the oval toothy leaves, the square stems, it all screams mint. I’m cool with that; I don’t need to hide my heritage. I don’t have the same invasive properties as most of my kin, though. I’m happy to stay in my lane and don’t need more than a foot or two to thrive. And thrive I do, baby: I tend to put out healthy new waves of bushy leaves in my undergrowth every month or two, over and over again, until the dirt claims me. Cut me up and use me to your heart’s content. I live to please until I live no more, you dig?

And what, exactly, can we use you for?

Sure, yeah. Food. Not really, though. I’m pretty potent, to be honest. Too much for a lot of palates. Hard to hold onto, bad to the bone, too hot to handle, too sour to suck on. But if you’ve got the stones for it, I’m great for seasoning fish, adding kick to a salad, making vinaigrettes. But really, I thrive as a tea for healing. I’m a healer.

Tell me more about that.

I make people feel better. You ever heard of Sleepytime tea? Yeah, I’m not in that, but I do the same stuff. I make you sleep better, reduce stress and anxiety, improve appetite and indigestion. But really, my passion? Herpes.

Your passion is herpes?

Woah, man. Don’t say it like that. Like as if there was something wrong with that. Herpes is cool, OK? I make it even more cool, but hey. If someone’s passion were herpes, that would be totally fine. Because guess what? Passion breeds herpes. And if we don’t have passion in our lives, what are we even living for? You dig?

Look. The stats say it all, man. About 67% of the worldwide population has herpes simplex 1 (HSV-1), the mouth-type herpes, which absolutely is exactly what cold sores are. And 13% of the human world has herpes simplex 2 (HSV-2), the genital type herpes. Heck, that’s just the ones we know about. And the mouth herpes people can give people the genital type herpes with their mouths, and vice versa. So like, we just need to cool it about freaking out about herpes, alright?

I appreciate your passion, really I do. But what does any of it have to do with you? Or, rather, using you?

Yeah, so. I’m a balm. A lemony balm. A balm, according to the Oxford, is “a fragrant ointment or preparation used to soothe or heal the skin.” And I am so named, for so I do. I don’t need the science for proof, as I am the pudding that’s been rubbed on face after face after genital after genital. Still, the science is out there for both HSV-1 and HSV-2. I make herpes sores go away (and just to be clear, I do not cure HSV). It’s totally no big deal, having herpes. But when it hits wrong, I’m here to soothe it away, baby.

Totally. Soothe on. Speaking of soothing things away, I hear you keep mosquitoes at bay as well?

Well, thanks for working together with me to reveal more of yourself to your ever-curious fans. Where can they find you working your subtle magic in the future?

Anywhere, man. In the cold of winter, in the heat of summer, under sun or shade, in a kitchen window or a compacted forgotten garden bed in a charter school playground planted by the non-profit volunteers of yesteryear. I’m there and I’m everywhere in between, so long as somebody’s put me there.