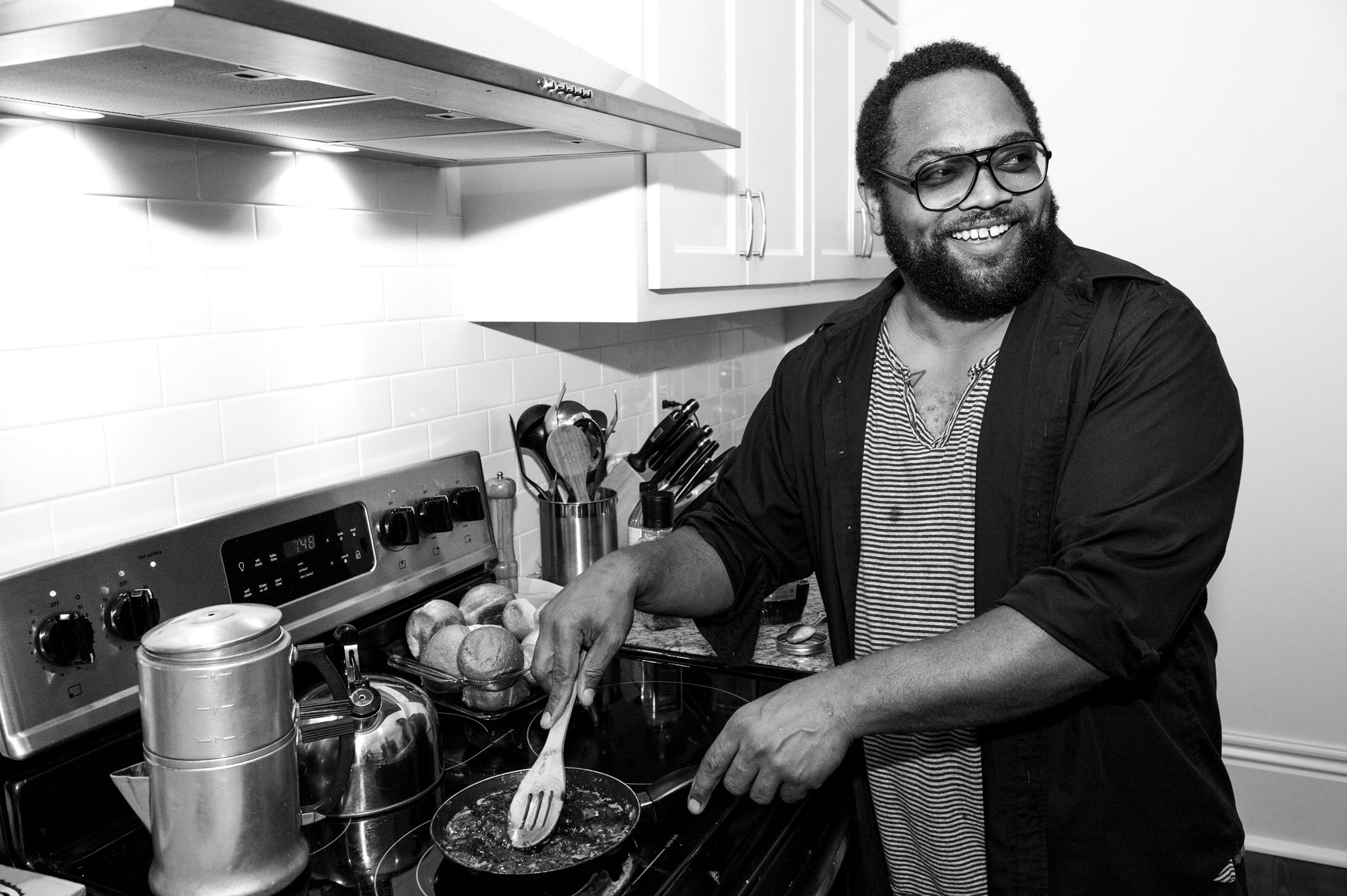 Like so many of his South Louisiana compatriots, Bernard Pearce could command both stage and kitchen with equal mastery. Here is his recipe from the December 2013 entry in our “Last Supper” culinary series.

Like one of his frenetic, jazz-punk sets as One Man Machine, Bernard’s main meat course was a mind-blowing, never-ending squeal of flavor, sound, and pork products. An enigma wrapped in a riddle (but really a sausage stuffed in a pork loin), this roast never stopped going. It was quite the gut buster. Says Bernard, “I ain’t scared of no trichinosis… Me, I like my pork just barely done. Right on the brink. You can drizzle your pork with your glaze of choice. The one I did is top secret and y’all can kiss my Black ass before I will share my recipe.”

Using a long, thin knife, take the pork loin and make an incision in the center. Gently insert the smoked sausage into the incision. Then work your way from the center of the loin, about 1/2” from the sausage, and make the same type of incision, inserting the root end of the scallions through the incision, pulling them through until the roots are exposed, then trim the roots off and any excess scallion. Working your way out to the outer rim of the loin, continue to stuff the other ingredients in a similar manner. Once the loin is stuffed, coat it in olive oil, then lightly coat it with salt and pepper.

Braise the loin in an oven-safe, heavy pan that has been oiled with olive oil. Brown the exterior, then put it in the oven at 425 degrees for 35-45 minutes. Remove and let stand for 30 minutes, covered. After the loin has rested, slice into 1/4” pieces. If desired, finish the pieces in a pan so that each slice is seared individually.

Found out about King Louie through AntiGravity, RIP. There is a song of his that I haven’t been able to find (not on Chinese crawfish) and hoping you might be able to help, or connect me with someone who could.

Any clue where I might find this song???  It’s been in my head for like 10 years which is the last time I would have heard it. —Patrick (via email)

Hi Patrick, the song you’re looking for is “Highway Rose” by Black Rose Band. Thanks for reaching out. 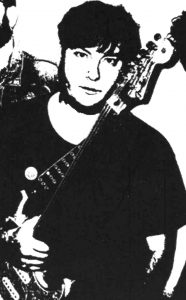 In last month’s feature, “Misguided: Tour Groups, Church, State, and the Battle for Historic Site Right-of-Way” by Steven Melendez, we looked into a proposed ordinance that would cut the size of French Quarter walking tours in half and the history of conflicts between tour operators and Quarter residents. Some of our readers weighed in on social media:

[I]s there anything that the city isn’t fucking with? There’s literally no way to survive here. And since when do ppl who live in the Quarter complain about stuff like this? They live in the QUARTER. They forfeit their right to peace&quiet. —@AmandaSuspended (via Twitter)

I know I only did tours for about six months, but 30 people is too many. You’re walking around with a whole classroom’s worth of people. The tour companies pay a flat fee if you tour 2 ppl or 30 (or if you’re gently forced to take more). —@sweetbabette (via Twitter)

I can tell you that my office hasn’t received any complaints re: guided tours’ size. We will continue to listen to tour guides and neighbors on this issue. —@JPMorrell [Councilmember JP Morrell] (via Twitter)

[S]peaking as an Old who lives in the Quarter, smaller groups mean a better probability I can get past them on the sidewalk, and not be forced to go into the street because they won’t make room to let me pass. —@bbaldwinmini (via Instagram)

As a tour guide, I agree that guides – and the city – need to be better about enforcing the current rules, such as leaving a minimum of three feet from the back of a tour group to the wall in the back. Honestly much of this comes from some companies that don’t give [g]uides adequate training and a lack of any enforcement by the Taxi Cab Bureau. In short – this is a problem, but people will continue to spread out even if there are only a few on a tour. —@nacirema117 (via Instagram)

I think an ideal situation would be fewer groups in general with tour guides making exponentially more than they are now so that they can support themselves and their families. Due to capitalism, and the owners of many of these tour companies raking in profits, that is highly unlikely. —@leahgracetravels (via Instagram)

We could allow the Quarter to return to the 1980’s, when all the current property millionaire residents bought for nothing: widespread by the hour hotels, street prostitution, muggings, open drug selling and street garbage drawing huge numbers of rats and pigeons. And that omnipresent filth smell in the summer. You Quarter Rats have it very, very good. Let subsistence working people ply their trade. Without them you would be growing old in that 1980’s version of the Quarter —@rockoclock2u (via Instagram)

[T]he article gets to the heart of the issue: City can’t/won’t enforce existing rules, so they propose a new set of rules that also won’t be enforced but will make sure everyone stays ticked off & screaming at one another & calling armed police for QOL issues. —@panarmstrong (via Twitter)

Got feedback? Send it to feedback@antigravitymagazine.com

Correspondence sent to this email may be published or quoted in future issues.