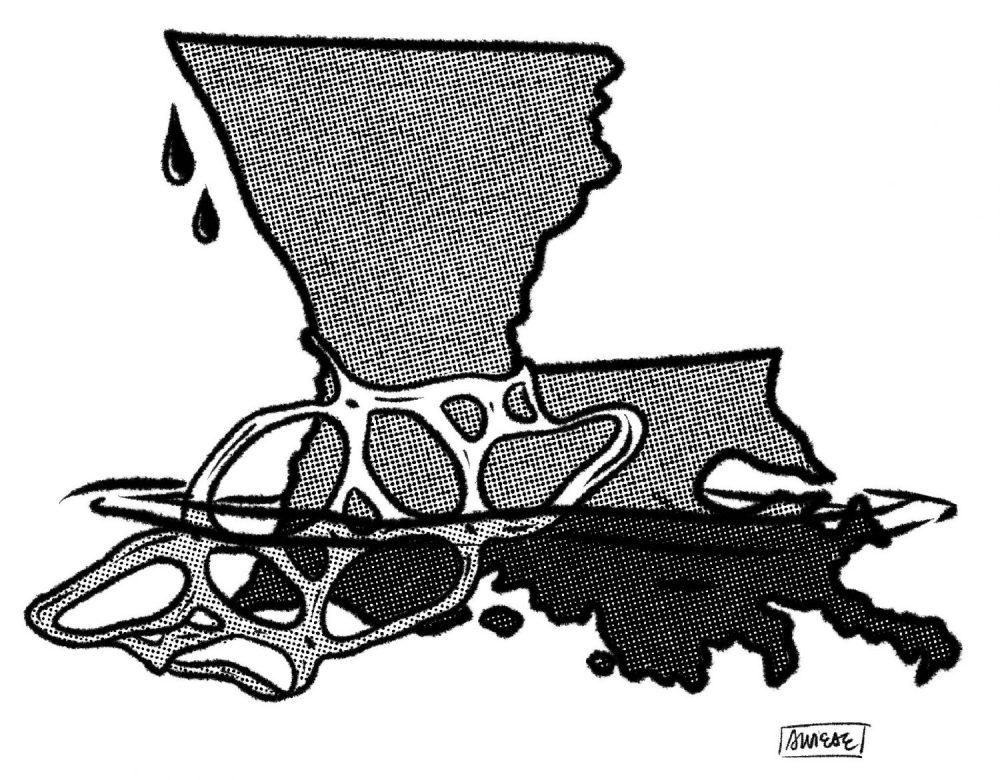 On April 8, the City Council voted unanimously in a symbolic gesture opposing the construction of a Formosa plastics plant in St. James Parish. A coalition called Stop Formosa Plastics, which includes groups like Louisiana Bucket Brigade and Rise St. James, have been on the forefront of fighting against the construction of this plant, and the fight is even garnering national attention. There were 151 comments submitted; the only two in opposition were from St. James Parish president Pete Dufresne and a representative and employee of Formosa Plastics, both claiming this resolution is outside of the Council’s jurisdiction—which is true, making this fight far from over. The following are excerpts from comments submitted: testimonies specific to this construction that also speak broadly of the environmental racism along the Gulf Coast.

Why do petrochemical companies get tax abatements/subsidies AND a pass on any ecological damage they create? Not only do these companies give little tax money to communities, they are allowed to pollute said communities for free.11 Dr. Elizabeth M.

After growing up in an industrial town in Texas that has a Formosa Plant in town, I promise there is no amount of jobs or money that company could bring that outweighs the pollution and toxic harm they do to communities and the citizens in them.22 Kali B.

I personally spent months cleaning plastic pellets off of the beaches along the Mississippi River with hundreds of heartbroken but hardworking friends neighbors and strangers who knew we had to act quickly. Week after week, I watched children clean up industrial waste because the foreign company who dumped it refused to do anything. Formosa continues to rake in billions while our fragile ecosystem chokes on the trash… We shouldn’t be expected to sleep with the devil to bring jobs to Louisiana. Green infrastructure exists all over the world and it’s time for us to catch up. Every living thing in Louisiana deserves better.33 Serena T.

If you look at the St. James Parish map of 1890, the Freetown settlement homes line up exactly where Freetown Lane is today, a few miles from my home. Our formerly enslaved great-great-great-great grandparents founded Freetown in 1872, and our community has survived for 150 years. After all that we have survived and overcome, it is this Taiwanese plastics plant – one of the largest in the world –  that threatens to destroy our historic Black community… The company destroyed fisheries in Vietnam and, in 2019, paid the largest settlement in the history of the Clean Water Act ($50 million) for relentless pollution of Texas waterways with plastic pellets.44 Sharon L.

From both sides of the river from New Orleans East to St. James Parish, Black residents and residents of color have been experiencing Environmental racism and neglect from corporations, and the City of New Orleans overall. Let me be here to say that the greed, environmental neglect, and carelessness will swallow the city of New Orleans before any hurricane has the opportunity to do so. I ask, do you know what it’s like to be young and mourn a living city that will not be here in the next 60 years?55 Akilah T.