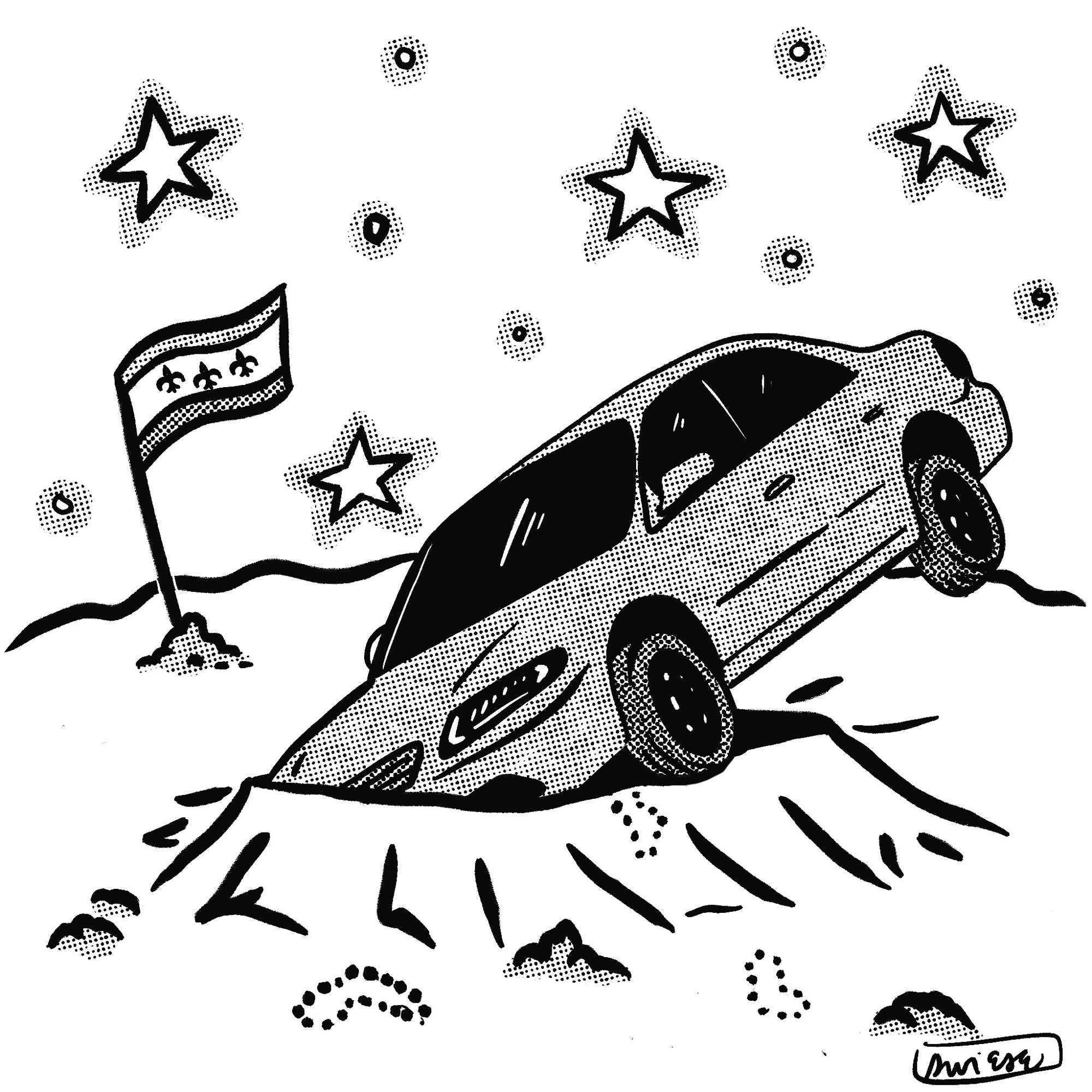 It’s the word on everybody’s lips: infrastructure. Whether you’ve lived in New Orleans one week, one year, or your whole life, you’re no stranger to the myriad of road issues plaguing this sinking city, including flooding, construction, and the infamous potholes. During a City Council meeting in July, Councilmember Joseph Giarrusso III brought out a 2 ½ inch-thick binder of emails he’d received from residents regarding road work issues over the previous three months. The following are excerpts from emails sent to all City Council members from July 17, 2021, to August 17, 2021, with all names redacted.

Over the years, there have been several attempts at pouring gravel into the huge potholes, even tar at times; but in the end the potholes always win.

I hate to pester you again, but to my disbelief, a brand new pothole is forming on the black top asphalt that was installed appx. 2 months ago (late May 2021).

I’m dreading the day a passing motorist either slams into a parked vehicle, tree, utility post or even a pedestrian in reaction to this now unavoidable strip of potholes.

I hope you enjoy your weekend. I am so sorry to ruin it by bringing up “POTHOLES” again. But my car has $2900 in repairs because of the potholes now.

The roads are in incredible disrepair, only made worse by the milling over a year ago. Every single time it rains (& floods) we have dirt and rubble rolling around from the torn up road. Frankly, it is embarrassing.

This project was supposed to help, instead it has caused damage to our home and created flooding to our sidewalk that didn’t previously exist. When it rains we are ankle deep in water entering and exiting our home and have constant standing water in the street after it rains, which draws mosquitoes. We really were better off before the street construction began.

Your statements are flat out incorrect. I walked through water up to mid shin on Saturday. My father’s car did have water in it. While I appreciate your responsiveness on this email chain, I don’t see that you understand that this is an issue.

We watched the same crane operator puncture the same water line twice – once on the very first day work began, and the second time several weeks later. We watched workers come out to pour a portion of the curb, only to show up a few days later at 7am on a Saturday to demolish a portion of said curb. Crews came out the following week to lay formwork for the other curbs, only for other crews to show up two days later to destroy part of that framework in order to fix the twice broken water line… As a lifelong New Orleanian I’ve come to expect next to nothing out of my local government.

Some would say you have FAILED US. OTHERS SAY YOU HAVE SIMPLY IGNORED US. I SAY IT IS BOTH….