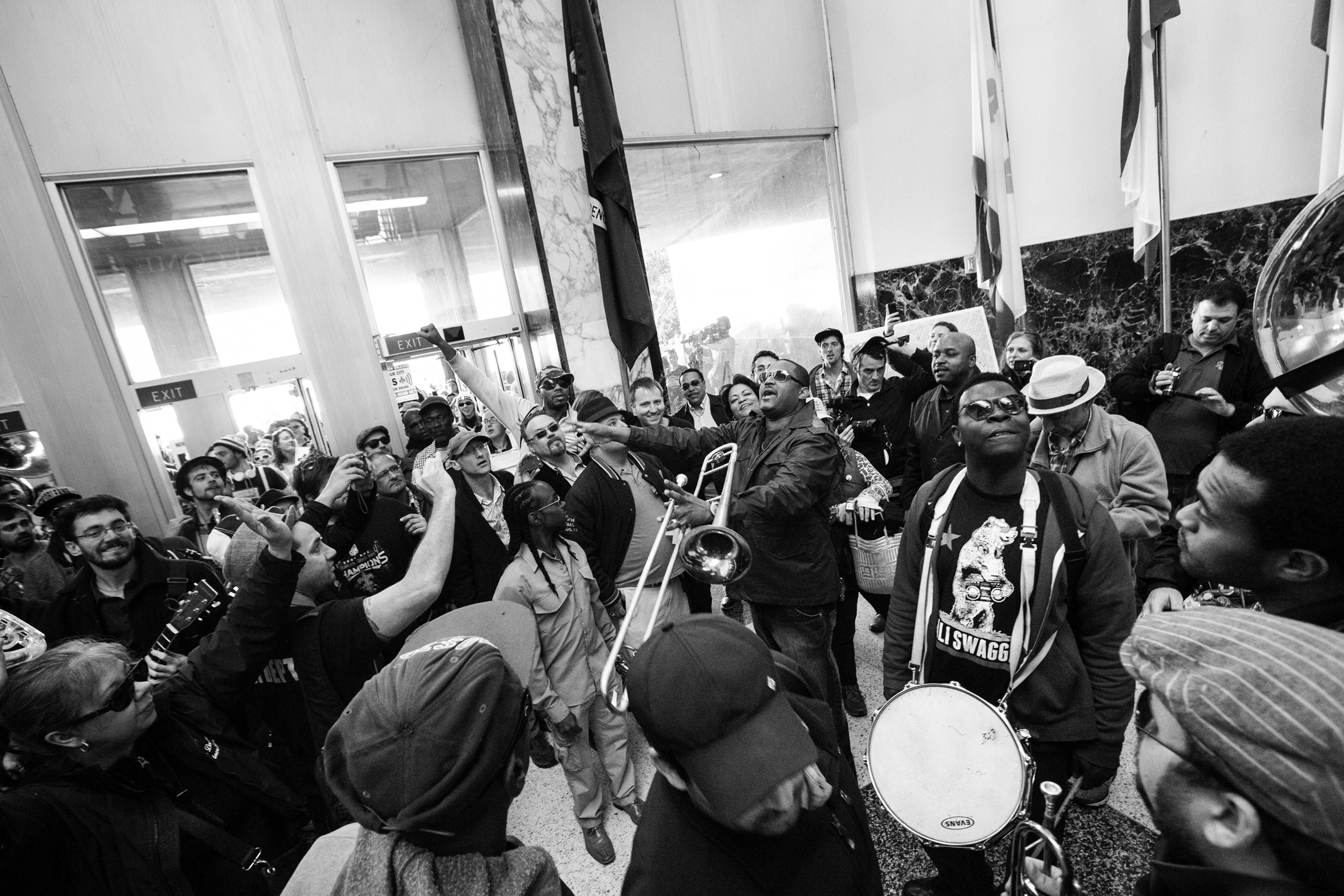 MaCCNO is celebrating our 10th anniversary this month and to mark the occasion, we turned over our column to some members of the cultural community to reflect on how they have interacted with our work, the place we hold as an organization, and why it is important to pay attention to what is happening at City Hall. These are edited excerpts from our conversations. You can see full versions—and more about our work—at maccno.com.

I remember when I first heard about MaCCNO. I asked a friend who those people were that didn’t look like anyone we knew passing out pamphlets of information. It turned out they were Tulane law students [working with MaCCNO] who did a bunch of research on what the actual street laws were regarding street performing in the Quarter. This was excellent, because anytime the police would stop us they would always make things up. Us buskers only knew what had become acceptable from experience and the stories older buskers like Ms. Doreen Ketchens and her jazz band told us. With these educational pamphlets everyone was informed. Pretty soon after that I started going to each and every MaCCNO meeting. At those meetings we discussed problems between buskers and the actual City’s laws around hours and legality of street performing spaces.

Since then I’ve felt much safer as a street performer and I feel like I’ve got a voice and can share in some of the difficult language around laws/policies when sitting in at crucial City Hall meetings. MaCCNO literally has made me a better citizen and I think the same goes for other street performers of different backgrounds. MaCCNO taught me that with education comes power and with empathy comes positive change.

MaCCNO navigates spaces we often have neither the time nor the bandwidth to be as cultural community members. The importance of them being there is how we prevent lawmakers from codifying decisions about our livelihood, and undoing the harmful policies put in place at a time when Black folks were historically barred from being there, or speaking out. The practice of making/changing policy is long and arduous, and I personally wouldn’t want to be in the current state of affairs without MaCCNO, after having a front row seat to the work they’ve done over the last 10 years.

Hannah Kreiger-Benson: Why is it important for cultural community members to pay attention to what’s happening down at City Hall? Any tips on ways to become more civically engaged?

It’s important because it shows that art is not just for arts sake. Art that is set up to expand individual and collective/community hearts, it’s important for that to be involved in what is happening. Art as a way of bringing news, and helping understand civic duty. “Spirituality is the highest form of politics, where politics is the gaining and maintaining of power” so artists, whose foundation is based in spiritual practice, that allows us (the community) to have more of a voice through our creations, when our voices are sometimes muted.

Hannah Kreiger-Benson: In a city filled with several arts and culture organizations, what void or space do you believe MaCCNO fills?

Renard Bridgewater: Why do you believe it’s important for other musicians, street performers, and culture bearers to pay attention to what’s happening from a government perspective at City Hall?

Renard Bridgewater: We’re hitting our 10-year mark. What ways can we improve for the next 10 years to come?

Yes indeed, that’s a great question. I would say that you all are on the right track of what you’re doing because you’re connected to community, like you’re not sitting in an isolated position… in addition to what you all are doing, you reach out to communities and you get involved with these things and that kind of reflects your directions. You’re taking your directions on what’s happening in the cultural community. And I really love how you all really sit there at the table and you listen and then you interject what you think might be a solution to things rather than just coming in and telling you what you think should happen without really listening to what maybe needs to happen.

We invite everyone to come celebrate with us on Sunday, November 20th from 2-7 at Zony Mash Beer Project with live performances, food trucks, a silent auction, and more!

Top photo: Musicians and activists gather in and around City Hall on January 17, 2014 to protest a proposed noise ordinance that would have severely restricted the ability for live music venues and musicians to operate successfully. (Photo by Joshua Brasted)