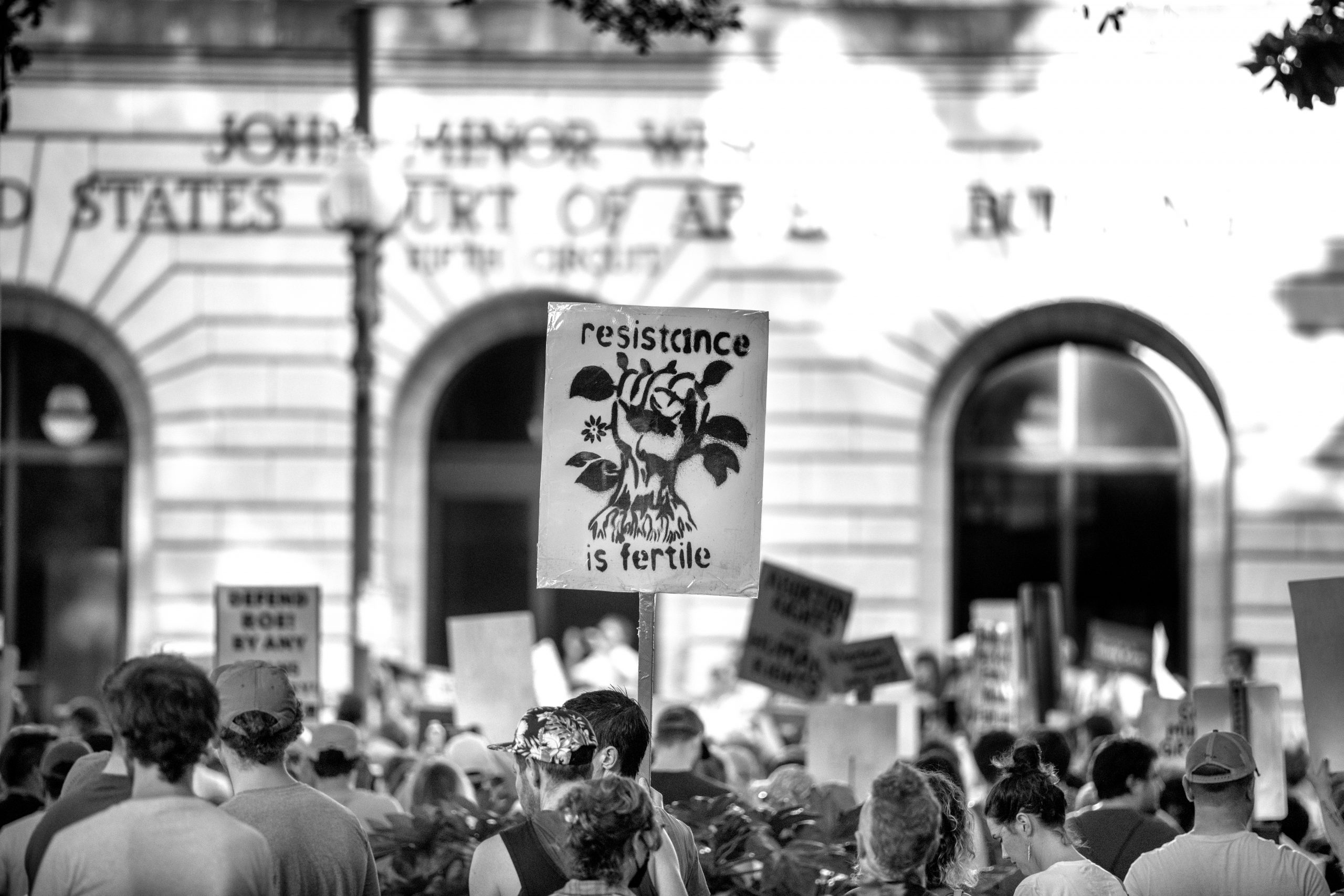 “I hated childhood / I hate adulthood / And I love being alive.” —Mary Ruefle

What was forecast has come to pass. Roe v. Wade was overturned by the “Supreme” Court, placing the future of legal abortion in Louisiana in doubt. As of press time, Orleans Parish Civil District Judge Robin Giarrusso has issued a temporary restraining order which halted the enforcement of Louisiana’s “trigger ban.” The ban meant that all three of Louisiana’s clinics had to immediately cease performing abortions.

Here is some practical information1Not legal advice you need to know: for yourself, for your friends, family, and lovers, courtesy of attorneys Gwyneth O’Neill and Benjamin Flaxenburg, who work with the nonprofit Lift Louisiana. This information is provided with the understanding that people who are undocumented, impoverished, racialized, trans, as well as people who use drugs, and people who are incarcerated—those with the fewest options—are the most likely to have to bear a forced pregnancy.

Treatment is still available in the case of ectopic pregnancy (this condition is life-threatening, and can only be treated by pregnancy termination).

Abortion is legal in cases where the fetus is “medically futile.” This must be signed off on by two doctors.

Medication abortion is outlawed to the same extent as surgical abortion. In Louisiana, abortion pills (which are different from Plan B, and can terminate a pregnancy up to 11 weeks), are only available at the abortion clinics. However, abortion pills are available through a website called Aid Access (aidaccess.org). Providing these pills is now criminalized under Act 548—which takes effect on August 1.

You may still travel out of state to receive abortion care. The nearest clinics are New Mexico, Illinois, North Carolina, Kansas, and Florida (though in Florida only for pregnancies under 15 weeks). Financial support is available, and if you can donate, the New Orleans Abortion Fund is New Orleans and the Gulf South’s local abortion fund. They are accepting donations and anticipate a heightened need for funds.

Local tenant organizer Y. Frank Southall has a theory, inspired by Black feminist movements, that he calls the evangelist theory of change—that people who experience getting more from their society—more rights, better wages, better health care—will see that such things are possible, and will fight harder for those hard-earned gains. The converse is that here, where we have so little time off, and so many of us are living paycheck to paycheck—and many more in debt besides—that it is very hard to organize, to find the time and energy to fight back.

There is only so much the mind can handle. Fight your brain long enough and you know—at a certain point, the body takes over, for better or worse. When the brain panics, speech, movement, sleep, appetite—all of the body’s delicately balanced systems plunge into disarray. The body follows the brain. There are ways to calm the mind by calming the body: taking deep breaths, counting the sounds you hear, putting your face in ice water to manually slow your heart rate.2 These are dialectical behavior theory (DBT) techniques, which focus on effectively managing overwhelming emotions. Once your body is in a reduced state of anxiety, the brain follows suit.

On Twitter, there’s a joke about the French reacting to a cut in their vacation time. It goes a bit like this: The French government announces that the annual amount of vacation time will be reduced from six months of the year to five months. The French people say: we will burn the city to the ground.

The last two-plus years living in constant crisis have taught us many things. One of which, grimly, is that the American capitalist project will continue to run, swallowing death like a trickster in a circus tent, as our country loses over one million people to a plague. The other is that people can and will get organized, and they will take to the street en masse—though lest we forget, in 2020, many of us did have more time and more money thanks to expanded unemployment and benefits to parents. We were in the streets, brought food and medicine to protestors, bailed people out of jail, de-arrested people, got people out of lockup in the first days of the pandemic, or participated in mutual aid projects through the past two years.

What can you control? What can you handle? Are you calm under pressure? Do you like meticulous work? Are you handy? Does blood make you queasy? Your body will answer these questions, and your brain must listen to its verdict.

We can decry some of the points in the new order of things that seem objectively cruel. That there are no exceptions for children themselves forced to bear children. No exceptions for survivors of rape. But we should be careful with this line of reasoning. It seems a logical fallacy to make what we want more palatable, to trot out the “acceptable” abortion care rationales, because you should not have to be sick with fear and surviving an abject violation of your person to merit an abortion. Simply not wanting a child, for that moment, or forever, is enough. It is not enough to slackly fight for the crumbs when all the bread has been taken. We must demand far more.

There is so much to hate. That rage is real, and so is the grief that follows or exists simultaneously. When that hate blinds and shutters the mind, though, remember—there are ways to calm the mind by calming the body. Deep breaths. Count the sounds. Face in ice water to calm the panicked heart. What do you love, and how will you fight for it?

Top: Protestors gather at the United States Court of Appeals building in the Central Business District on June 24 for the Emergency Response in Defense of Abortion Rights Rally, following the overturning of Roe v. Wade by the Supreme Court. (photo by James Cullen) 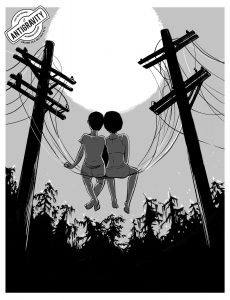