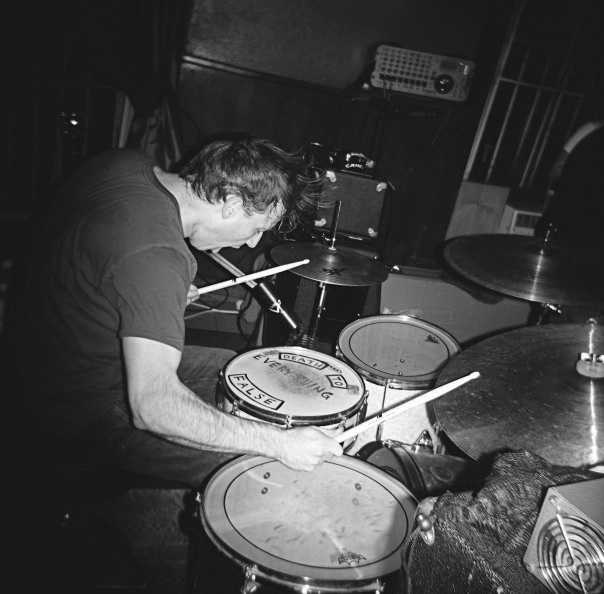 One thing punk rock taught me early on—for which I’m eternally grateful—is how arbitrary the line between artist and audience can be. Some of the most earth-shattering moments of my life happened in cramped quarters, where bands played mere inches from me (and occasionally vice versa). Whether it was the cinderblock-and-plywood death trap of the Abstract, a modest room in the First Unitarian Church on Jefferson Avenue, or the glorified living room of the Circle Bar, it has always been a thrill to experience a band whose members can’t escape to some green room or tour bus afterwards, but instead find themselves reabsorbed into the crowd after their set, most likely to watch their friends play next. Same with zine culture, whose participants have never waited for some gatekeeper on high to dictate who and what is worthy of print. To me, these kinds of communities have always been far more enriching and inspiring than some grand, highly demarcated spectacle like, say, Lollapalooza.

New Orleans culture overall has always been exceedingly good at this revolving door, performer-turned-audience dynamic. Many of us take turns on stage, entertaining our family, friends, and peers, never more so than Mardi Gras. One reason I think celebrities find themselves at home here is because in New Orleans, we’re all celebrities at any given point. You might see Sean Penn at a bar and think, “Well yeah, he’s been in a bunch of movies. But I’m the krewe captain of the Swingin’ Banana Hammocks Walking Club. So, we’re pretty much the same. What up, Sean? How ya doin’ my dude?” The service industry can be like this, too. One night we’re bartending, serving our comrades (in addition to those sniveling, ungrateful civilians); the next we’re the ones bellying up at the Saint after a shift, dishing out tip money to recycle back into our little ecosystem.

Something magical happens when that arbitrary division vaporizes. We all become a little more human in each other’s eyes; and in turn how we express ourselves becomes enriched with what we know about each other. And that’s just one reason our current situation is so heartbreaking. Without the small, independent bars, clubs, restaurants, what-have-you, we are really missing out on this give and take. I know everyone’s doing their best with the live streaming and such, but no computer screen will ever compare to the melange of smells, sights, and sounds of the real thing. Right now, I can practically summon every shadowy nook of the Circle Bar, and oh do I miss her so.

As we head into an election season that could be as high stakes as ever, I think it’s important to carry this sense of reciprocity into the voting booth—whatever form that takes for you this year. (And yes, we will be publishing our voter guide, but online only this go-round. Check in with our website around October 20th—the start of early voting—for that.) Unfortunately for most of us, there seems to be a huge divide between our elected officials and the communities they purport to represent, as if there were a 50-foot stage, with rows of police barricades and hordes of meathead bouncer-cops between them and us (and they sound like shit, and tickets to this show are too costly anyway…). That’s why these local elections are so important; they represent those short, rickety stages, those tight spaces where we can still have some input, some interaction, some exchange of position and power. Who the president is or will be matters, of course. But if we’re ever going to make any progress, we’re going to have to invest our time and efforts into these “small” races—and you better believe that’s how the white-supremacist evangelical fundamentalists are playing it. So we better catch up if we’re going to see things like safeguarded reproductive rights and a defunded carceral state in this lifetime.

Well, that’s enough chatter from me for now. While it’s a damn shame we can’t see each other like we’d like to right now, I hope you, dear reader, can live vicariously through this month’s offerings, which wind us through a heady maze of some of our most beloved haunts, from Bullet’s to the Spellcaster. How I wish to see and hear—and smell—all y’all again. Stay safe out there; Happy Halloween.

Top photo: the author “on stage” at The Circle Bar, circa 2009 (photo by Adrienne Battistella) 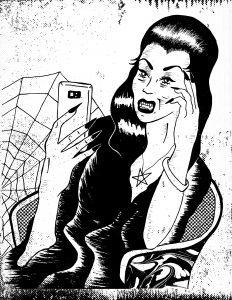