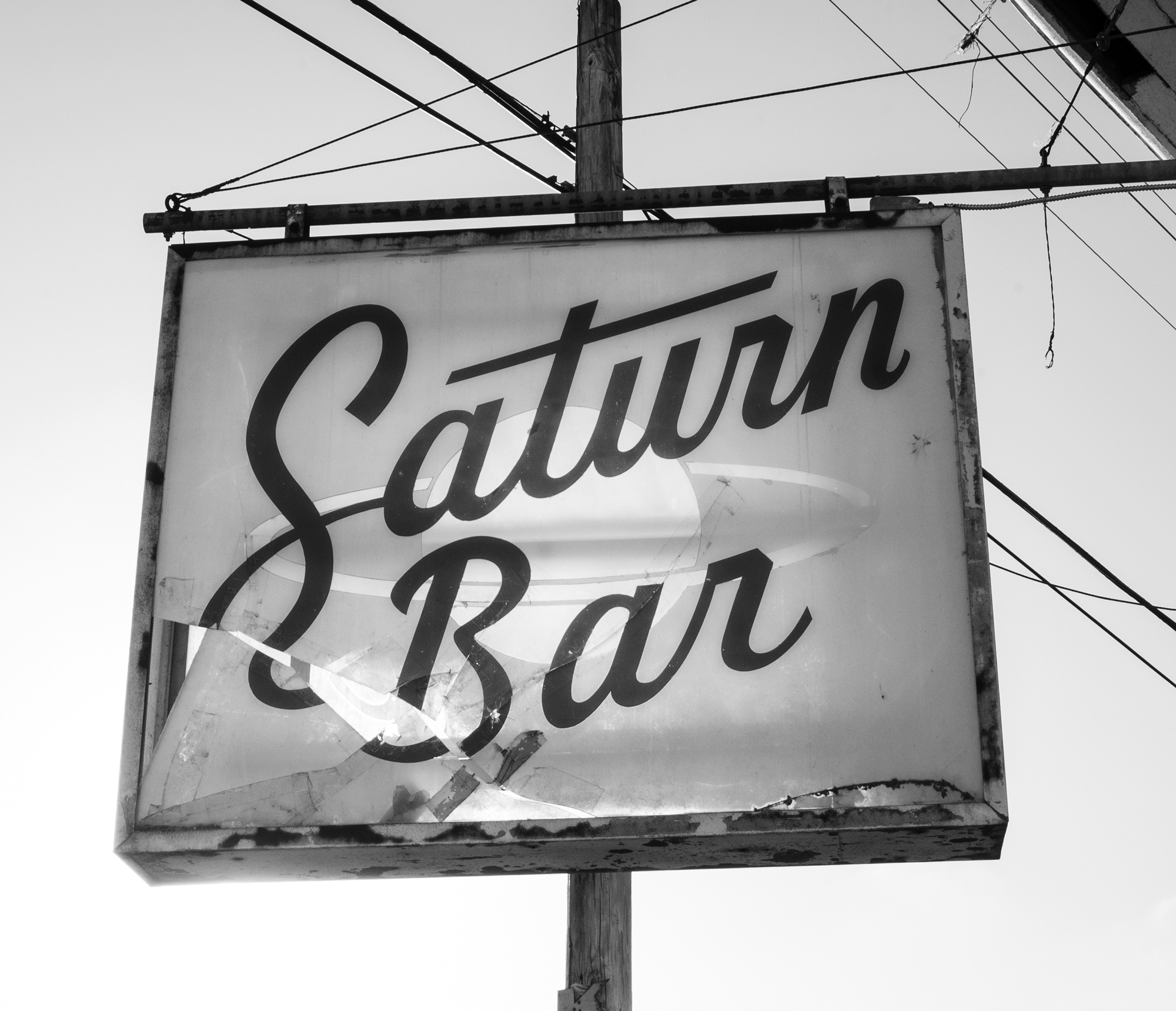 It’s 1997 and we’re headed to the Ninth Ward to grab a couple drinks at the Saturn Bar. An uptown brat who rarely strays east of Esplanade, this part of town is a giant mystery to me, as is this bar I’ve only heard about. St. Claude is nothing but a stretch of industrial façades, and I’m only slightly aware of the insular, near cult-like band of weirdos making art and music down there. We’re headed to Saturn because we may or may not be of legal drinking age, and word is the bartender doesn’t seem too concerned about that, or much else—like ambience, decor, or health codes. Parked outside, on a poorly-lit and precarious corner, the one who’s been here before asks what kind of money we’re carrying. “If you only have 20s, that’s no good. The guy doesn’t like making change. He might kick us out.” That’s the first indication that this is no regular establishment, where customer is always king. So we head in. Ordering a drink from the proprietor, O’Neil, is like defusing a bomb: nice and easy, and you don’t want to fuck it up. Keep it simple—Jack and Coke, Rolling Rock, nothing fancy—pay with small bills, take your seat, and mind your business.

After that fateful night, the Saturn would become a regular escape for me and my cohorts, ever more comforting with each visit, a living museum of time stopped dead in its tracks. You could always count on the owl-faced old man planted at the bar, watching whatever basic cable movie O’Neil had on. Some of you may remember that photo of him from the tacked-up page of the Weekly World News—“Russian cannibal killed and ate 53 women and children!”—just one small patch in layer after layer of snapshots, postcards, news clippings, artwork, trophies, and other endless ephemera, all barely lit by islands of neon and the t.v. screen. On nights when I was with a sociable group, we’d take a seat at the leopard-print booth in the front room and giggle at the photo of Nic Cage standing by the pool table (and for anyone who would like to see one cinematic tapestry of a scene in an otherwise retched movie, check out the Saturn’s cameo in the Cage-directed Sonny, shot in 2002). Other nights, when I was with a smaller crew more driven to drinking ourselves into oblivion, we’d bypass the main room and head upstairs to the wrap-around deck, full of old furniture, which looked down onto the pool table, then covered in the window a/c units O’Neil repaired during the day. In those dusty, dark little corners of the Saturn Bar, you could easily feel like the universe had tucked you into a hole so cozy and remote, you could never, ever be found or bothered. Outer space indeed.

Can you believe I actually sent a drink back once? It was a gin and tonic full of fruit flies. I pointed it out to O’Neil, who took the drink, looked at it quizzically, poured it out, then made another one using the exact same bottle of tonic as the last drink, so there were at least as many fruit flies in the new one. This time, I simply took a straw and fished them out. Lesson learned.

Years later, after Katrina, I was amazed when O’Neil’s great-niece, Bailee Broyard, revived the bar as a destination for live music, with bands and audience now thrashing about where once stood that pool table and all those a/c units and other imposing detritus. Somehow she kept pace with the post-K St. Claude flowering of bars and nightlife, while still maintaining the Saturn’s respectable grunge and cheap drinks. That’s not something you see a lot of in New Orleans these days, where an institution like the Saturn is somehow reinvented while still glowing with its original charm. And it was certainly not lost on me that, occasionally, I was gifted a round on the house. Dear Reader, if you can know one thing about New Orleans, know this: there is that which cannot be purchased with any amount of money in this town, but must be earned slowly and patiently by sticking around long enough to demonstrate your perseverance.

Losing the Saturn Bar is certainly the end of an era for the New Orleans “underground” and it will be pretty much impossible to replace. As Alynda Segarra said on Twitter, “We need small venues. We need weirdo meeting spaces/dive bars. We need these places where we find each other in the dark.” It’s been a real trip to see everyone’s personal stories of absolute deviancy and debauchery in the bar, and their own encounters with the Broyard clan, as well as those moments of pure bliss and transcendence made possible on that unforgiving concrete floor and overtaxed PA system.

In a bigger sense, I’m lamenting the loss of a certain type of, shall we say “business model,” in which the customer is NOT always right. One thing I hope I make clear in my reminisces, is that when you crossed the Saturn’s threshold, you were there on the bar’s terms, whether they were set by the hardened O’Neil or his more ebullient descendants. If you didn’t like what the Saturn had to offer, too bad. You could go somewhere else. Now you do still see this in places like Stein’s Deli, or even occasionally in this here magazine. We love you, readers, but we’re not here to give you any ol’ thing you desire. Frankly, you wouldn’t enjoy or respect ANTIGRAVITY as much if we did. And that’s kind of the point (fruit flies and all).

So, there are lots of reasons to mourn the ending of this particular orbit of the Saturn Bar. It was near and dear to our inebriated hearts and made the tinnitus in our ears really sing. I saw Bailee and her partner Rob outside of the bar the day the news broke, so I pulled over and we talked for a minute. She seemed at peace with it. And that’s just how it goes sometimes. It’s like when a grand old matriarch dies, leaving behind a lifetime of work and several generations of offspring. It’s certainly a moment for reflection and sadness. But you also have to just stand back in awe at the legacy, and—with the unwavering certainty that all things must come to end eventually—thank the cosmos that we were granted any time at all. 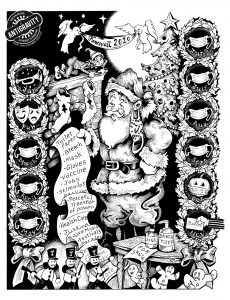