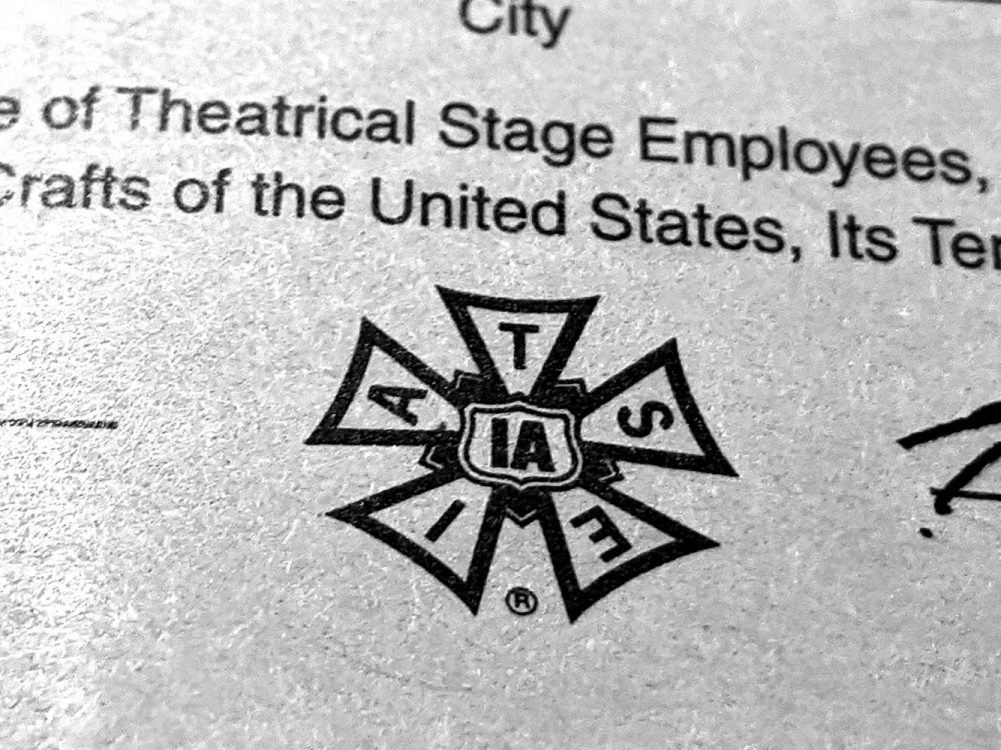 On the eve of publishing what has become a loosely themed “labor” issue—and as someone who often clocks in 60 or more hours a week and then goes to work on your ANTIGRAVITY Magazine—naturally, I have some thoughts on the subject. For one, I am extremely grateful to be in a union (shout out to my fellow members of the International Alliance of Theatrical Stage Employees!). Besides, of course, creating a foundation for fair compensation and benefits, as well as rigorous health and safety standards, my union has enriched me as a worker—by offering training like first-aid or forklift certification—and has provided critical resources in times of need, like parental leave (and it’s worth noting that these things are not provided by Sony, Paramount, or any of the other studios that generally hire my ilk). And while I certainly have my quibbles with some of the bureaucracy and recognize that even a union as robust as mine can have shortcomings (as with any collective of human mammals), I shudder to think what a film or TV production might look like without the safeguards and standards set by IATSE. Also, when something does go horribly wrong—as it did in 2014 when a camera assistant named Sarah Jones lost her life due to reckless filmmaking on an active train track—our union goes up in arms (and her name has since become a kind of alarm call in the midst of potentially unsafe filming situations). Closer to home, I hope there is some semblance of restitution for the families of workers who lost their lives when the Seacor Power lift boat capsized last month during that spate of nasty weather: David Ledet, Ernest Williams, Anthony Hartford, James Wallingsford, Lawrence Warren, Dylan Daspit, Quinon Pitre, and others who are still missing as of press time. No one should ever die on the clock. But if they do, there should be a union to raise holy hell about it.

As with every living being on this Earth, from bees to bacteria to the squirrels racing around the trees, I do believe that it is in our inherent nature to work, to do something that puts food in our bellies, shelter over our fragile little meat sacks, and perhaps most importantly, makes the time pass with just the right mixture of challenge and fulfillment. As I can attest through witnessing our dedicated AG staff put in so much work month after month—truly champagne efforts on a High Life budget—it’s amazing what people will accomplish on their own terms, when they’re invested in the outcome, and when they don’t feel like they’re constantly getting fucked over. (In other words, it’s not always about the money.) As you enjoy this month’s issue, dear reader, I hope you find that it’s in our collective best interest to work towards better labor conditions and more equitable pay for everyone. For the people of New Orleans at least, it might be the only thing that saves our beloved culture. 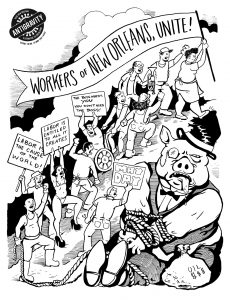