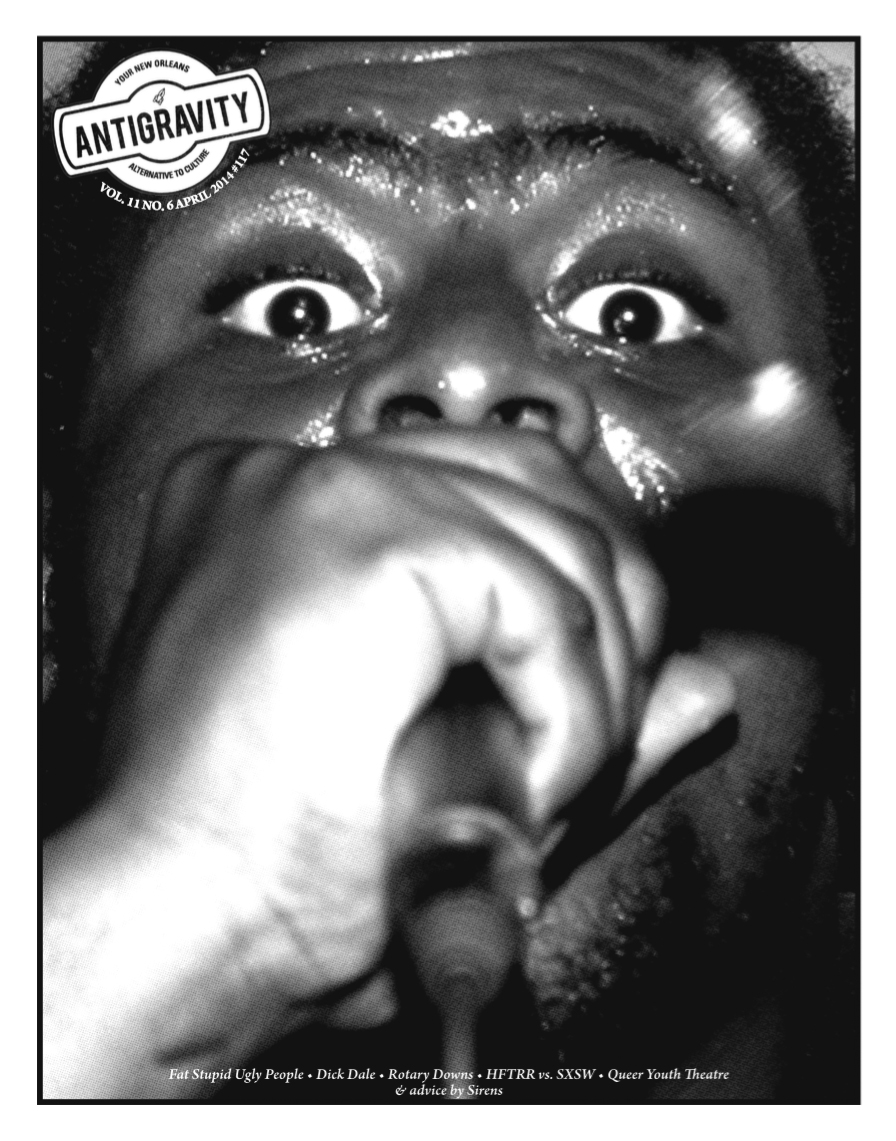 Like so many of you, I was devastated to hear about the passing of Hollise Murphy at the end of July. In a year already overflowing with so much death and tragedy, losing Hollise seems extra mean. As it’s been made clear by the outpouring of stories, Hollise was a real champion of the New Orleans underground music scenes (in all their myriad, kaleidoscoping forms), and it was always a pleasure to see him at a show—especially in the pit. To an outside observer, a mosh pit can look like a chaotic, destructive, and dangerous mess—and indeed some of them are—but never when Hollise was in one, spiritually directing all of that energy into a dance of love and communion. One thing I always marveled at was Hollise’s self-awareness and agility. He was not a small man, and yet his movements in the pit always seemed pinpoint accurate; you could be on the edge, inches from his wailing arms and legs, and somehow never be touched. I know if I were to try the same feat, onlookers wouldn’t be so lucky!

On the surface, these genres—punk, hardcore, metal, powerviolence, thrash, whatever you want to call them—always speak to death and discord, seemingly plumbing the depths of negativity and the most painful heights of volume. But what I think is often missed is how much camaraderie and ecstasy is found in these scenes, and Hollise certainly personified that positivity under all the carnage. A fellow Gemini, Hollise had a piercing stare that could bore a hole right through you—it never felt like he was trying to take something, but instead give something, a searching for connection, like, “Isn’t what’s happening right now the most mind-blowing thing ever??? Isn’t this happiness???” It has been my great honor to publish ANTIGRAVITY as an ode to everything Hollise stood for and cared about, and I’m so grateful we were able to cover him for the past decade, on stage and off. It was always a treat getting pics of him in the monthly photo call; we could’ve easily made AG a Hollise Monthly of sorts!

Hollise and I weren’t close or anything, but we always had kind and reassuring words for one another whenever we’d cross paths. Our conversations were brief but always threatened to spiral into a kind of endless feedback loop, something like: “No, I appreciate what you do.” Like so many of us, Hollise seemed to be trying to pay a debt back to a culture that had so enriched him. Where that debt ends and begins no one really knows, and no one will ever really be able to satisfy it. I know I feel that way, and I’m pretty sure a lot of you do, too. And whatever your passion, whatever your scene, isn’t that what it’s all about? A profound respect and admiration for what came before you, a burning desire to honor it, participate and contribute to it, and shepherd it forward for the next generation?

And like all the music Hollise loved, I hope you find that while the pages of ANTIGRAVITY contain their fair share of death, destruction, violence, injustice, chaos, and rage—the world is, after all, a fucked up place—that beneath and beyond is some hope to keep you going, perspective to let your friends and family (biological or chosen) know you love them, and inspiration to keep searching for the light. What do you think, Hollise? Is that what’s up? —Dan Fox 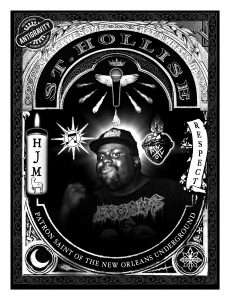 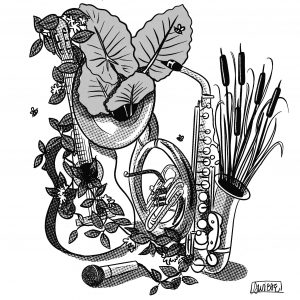 Back cover image by Sadie Wiese