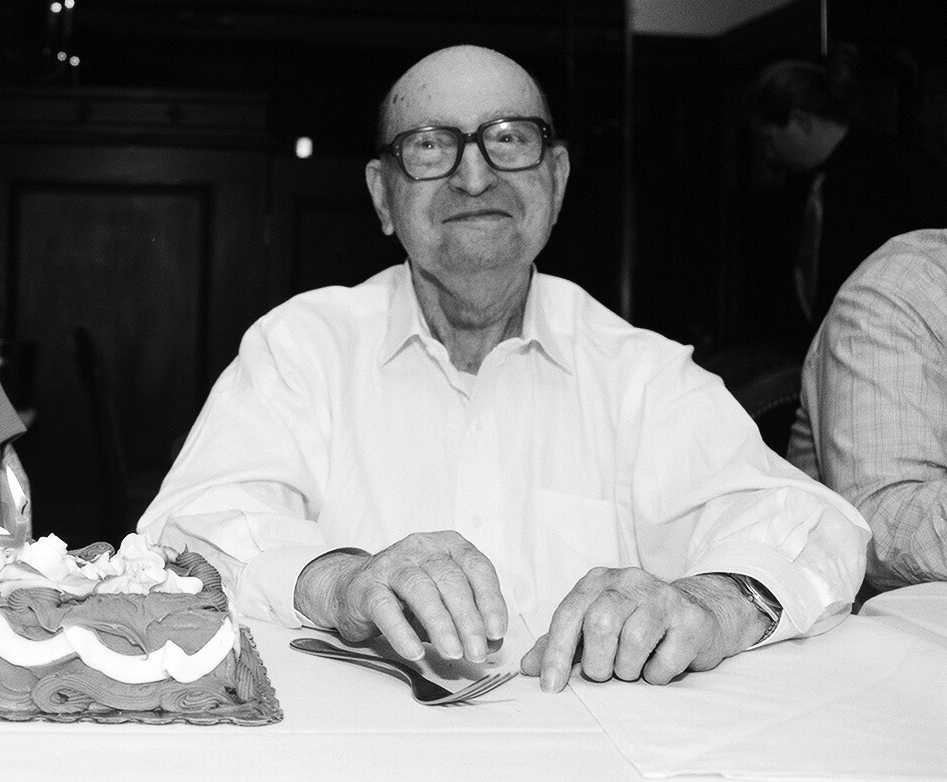 No, that’s not Junior Soprano staring you down! That’s my grandfather, my Papa Albert. He died about a decade ago (just shy of 90 years old), but I think about him all the time, and I especially am thinking about him during this month where the theme is giving thanks, and of course food.

Papa Albert was born in the early part of the 20th century; his dad was a poor Jewish tailor and his mother—who birthed six children, only four of whom would grow out of childhood—suffered from what they could only identify a hundred years ago as melancholia, and ended up in a sanatorium, dying young and out of the picture.

So while not an orphan in the strictest sense (he still had his father and three siblings), my grandfather grew up with daily instability and food insecurity, until that is, he arrived at the Jewish Children’s Home (where you would now find the JCC on St. Charles Avenue). The structure he found there would comfort and inform him throughout his life, whether it was happily living in the ROTC barracks under the stadium at LSU, building runways in the Pacific during World War II, or helming a modest remodeling business for decades.

I should also point out that he was a doting husband to his wife, my grandmother, Honoré. I get the feeling he knew he had “boxed out of his weight class,” so to speak, in nabbing her. Nonetheless they were married happily for over 60 years and provided a loving, respectful template for my entire family. I don’t think he took her for granted even one single day.

It’s not these accomplishments I’m most struck by in remembering him this month, but simply how grateful he always seemed when a hot plate of food was put in front of him, as if this were a daily miracle that never ceased to delight and amaze him. I can’t help but think that those early days struggling with his beleaguered family on Dryades Street stayed close to him his whole life. That kind of simple contentment a family meal afforded him is one of the greatest gifts he bestowed on his family—which now stretches three generations beyond him: a feeling of having enough. I know for many of us that can be a strange and elusive concept, whether we’re actually impoverished or just feel that way.

This Thanksgiving season I hope, dear readers, that during this complicated holiday—which, like most of American culture, offers both redemption and reckoning—you can find that moment, if only for a moment—of having enough, and that being enough.