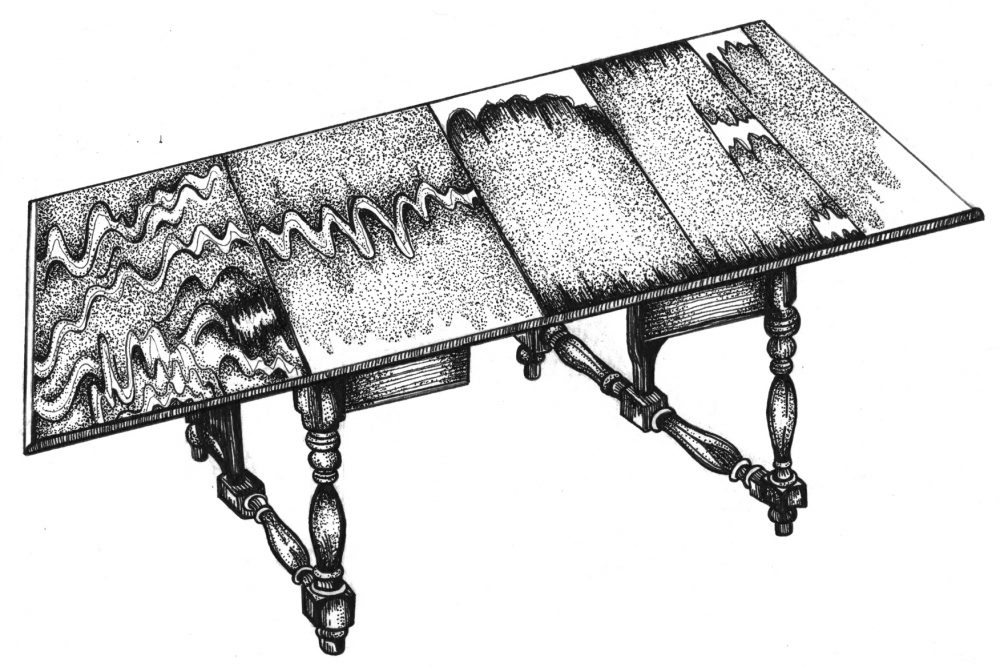 When I was a kid, my family came into possession of this dining room table that had been left behind by the former tenant of our downstairs apartment. I think he was the son of a friend of my mom’s or something like that; somebody we knew but weren’t super close to and haven’t kept in touch with since. Style-wise, you might classify it as midcentury traditional—not the slick, West Elm midcentury modern everyone loves these days, but somewhere in the more chunky leg, maw maw’s kitchen vein. The years have not been kind to it, either. Chunks of veneer have been torn off the top and sides, with gouge marks and scratches dotting the wood, that classic ‘70s-early-’80s brown-orange maple. Not a family heirloom, not terribly valuable, and only vintage because it’s old—so by all accounts, an unremarkable table with a boring backstory.

But despite its unceremonious origins and unsentimental spot in our family’s stuff, it has remained with us, first with my parents, and then after a Katrina purge in 2005, with me in my various abodes in and around the city. The thing is, despite being kind of a dog, this table has proven itself terribly useful over the years, surviving purges of my own where I’ve seen items a lot hipper and more cherished tossed to the curb. With drop leaf sides on either end, it can tuck itself tastefully under a window and host an intimate date night dinner. Or, with the sides extended and the extra leaf panels added, it can be the size of an aircraft carrier, perfect for large Christmas dinners or ANTIGRAVITY mailorder envelope-stuffing sessions. It’s solid wood, so despite being a little rickety around the joints, it offers a reliable surface—the first thing an artist of any medium needs to begin their work.

In my bachelor years, this table suffered the brunt of more than a few late-night debaucherous parties. It’s seen its fair share of drugs and booze and Mardi Gras loot spilled on it. It’s helped me organize merch for band tours and been my impromptu desk for many a late-night deadline sprint. Nowadays it’s more likely to see my son’s stickers or crayon marks, or receive the brunt of the work days’ end, with bags, groceries, packages, camera equipment, and junk mail dumped all over it. But it can still clean up nicely and host a Sunday family dinner. You just have to keep pushing the leaves back together every once in a while.

This holiday season, when you’re in the midst of your homemaking tasks, whether that’s cooking up a feast or tidying up for a party, take a minute to honor that thing in your life that’s survived the ages despite being the runt of your stuff. I’m not talking about the fancy sauté pan you splurged on, your grandmother’s cast iron, or that exquisite lamp you admire and maybe plucked from thrift store oblivion—the thing you know you love. I’m talking about that other thing, the one whose introduction into your life might be a mystery, the thing that’s stuck with you stubbornly through the ages simply because of how useful and indestructible it is, and has served you faithfully. Maybe it’s a wooden spoon or a dented colander, a random mug or chair. Who knows, maybe you have a person like this in your life. Celebrate these workhorses, these rocks upon which the project or party can keep going, their worth indeterminable, their value priceless. 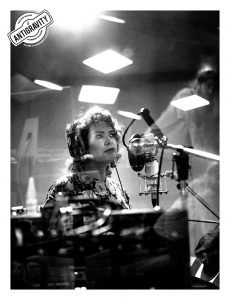