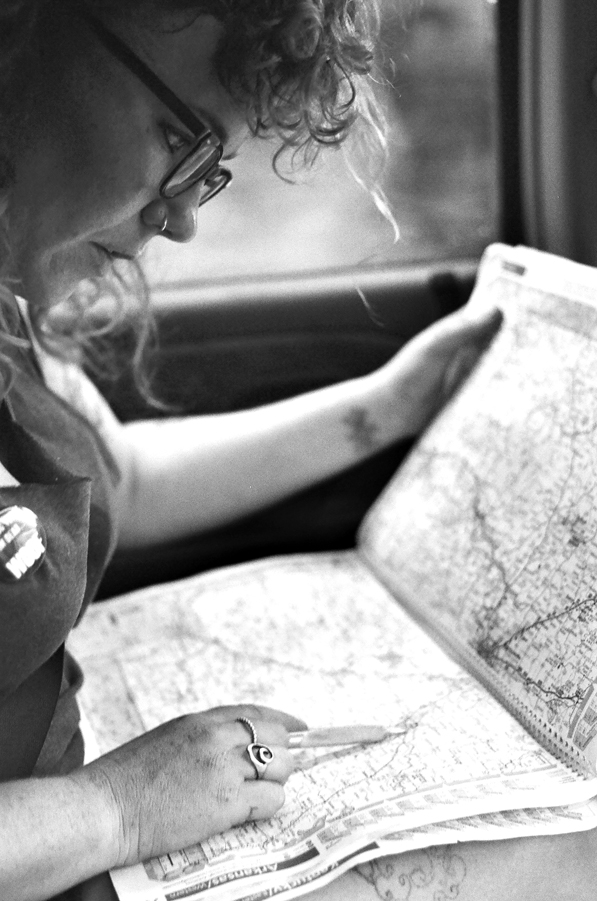 Welcome to the sweaty heart of summer, which also means it’s high touring season for bands of all stripes and sounds. Longtime readers of ANTIGRAVITY will already know that we are huge fans of the touring lifestyle in all its forms: from the empty, apathetic saloons and sketchy promoters of hostile towns, to the well-oiled machines of beloved venues in magical metropoli; from the piss-stained carpets of punk squats, to the finest linens of La Quinta Inn; from the pots of dumpstered vegan chili, to the most delectable green room refreshments: olives, chocolates, cheese cubes galore!

It’s a monstrous truth that every band must face down at some point: either tour, or die in obscurity. That’s not to say that being a local legend isn’t honorable. And of course, there are exceptions, like the sedentary ghost ninjas in Belong. But if your band harbors even the slightest spark of ambition—if you see yourself on the cover of a reputable magazine or cashing checks from a big-ass record label someday—better start writing some emails, gassing up the van, and taking your show on the road.

One thing I love about tour is the pressure it puts on a band. It’s the ultimate gut check. It can turn a sloppy group diamond-tight, and forge lifelong bonds between members. It can also tear a band apart, like a mighty meteor splintering into a thousand pieces in the exosphere. When Ringo Starr was inducted into the Rock and Roll Hall of Fame (as a solo artist), he had this nugget of wisdom to impart: “When you’re in the van… if you fart, own up. Because it’ll cause hell… if you don’t own up everyone’s blaming everyone else. So we made a pact in the van: ‘OK, if we fart we’ll say it.’ That’s what we did and that’s how we get on so well.” Likewise, Quintron and Miss Pussycat—also on tour currently—have been dropping “pro-tips” on Facebook, such as “gas up early and often.” Now that’s a tip that sounds like it could’ve been learned the hard way, which brings us to another fundamental truth: the Tour Goddess is not to be trifled with. She giveth plenty, but she also taketh away. Just ask our friends in Sweet Crude, whose van was robbed recently in otherwise cuddly San Francisco. It’s a hard thing to hear and yet it happens all the time.

Tour is life and death—and not just for your career or aspirations. To those of you taking to the concrete seas, I implore: don’t let romantic notions of late night, truck-stop-coffee-fueled driving binges overpower your good sense. Vans do flip over from time to time, and people die. There are perils and predators at every turn. Watch your back—and those of your bandmates—out there.

I could go on forever, but I’ll spare you my endless thoughts about life on the road; there’s plenty more in the pages to follow from the road dawgs in Donovan Wolfington, Gland, and Ekumen. So let me just say that for all the fun I had and all the experience I earned out there in the great beyond, the church bells never rang so loud in my head as they did when I returned to my loved ones— human and animal alike—and crossed the threshold of home sweet home. —Dan Fox