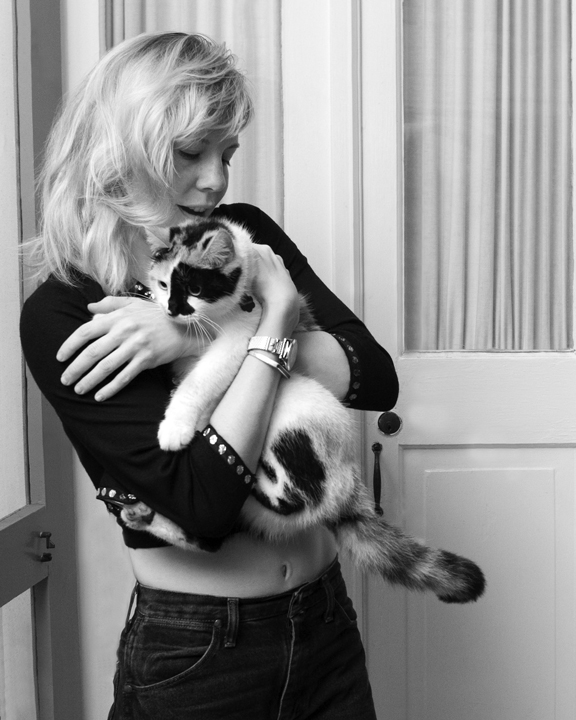 2015. I drive around behind the food bank and pull the flattened cardboard from the dumpster. Each box reads EGGS on all sides. On the drive to New Orleans, van packed full, I tabulate the last twelve years. This will be my 28th move, after living across six states (traveling through 37 more) and 13 countries. That time in the boat. Six months living in the van. I imagine unpacking completely; all my belongings amount to 115,200 eggs.

At a two-screen theatre matinee, I choose between a mystery and a thriller about a stranded astronaut. Matt Damon lives on Mars for a long time. The moviemakers use a montage to make years pass by in minutes. Wrapped in survival blankets, he rations his food from tear-away tinfoil packs. In space, the days are measured in Sols.

2012. Stripping has been the motive and the mechanism for my aimlessness. Three years after leaving Portland, I still returned twice yearly, to work and stay with Vivian. Vivian was staying with Michael, a classmate of ours who turned out to be rich—rich enough to buy the house, on a tree-lined street just east of our club, in cash. Michael suffered from a chronic malaise that had gone misdiagnosed until recently. He’d been told that he’d sustained mercury poisoning from old fillings in his teeth, or the drinking water in one of the remote, off-the-grid dwelling-places his mother had moved them to throughout his childhood. He let us stay in the house while he was on a healing tour of the hot springs and soaking pools of Japan.

The appliances chirp little tunes when we pull our lingerie from the dryer, or load stemware from the dishwasher into the cabinets, beside esoteric cooking oils and mushroom complex tablets. I turn over a jar of colloidal silver; the label side claims to chelate heavy metals from the body. Chelae: having or resembling claws.

At the wide, hardwood kitchen table, Vivian fills in GRE practice tests while I flip through last month’s Lucky Peach. She shows me how to make coffee the right way, in the Chemex glass carafe. In his absence, our only household responsibilities are to try not to break anything and to mind the cat.

I promise I’ll introduce myself as “Eggs” every night next week, if you just come back, cat. I promise not to bend reality.

The cat was more of a kitten, white with gray spots. Michael had a tattoo of the cat, wearing a huge bow and flanked with flower-wreaths, rendered like a portrait on his bicep. The cat’s name was Eggs. We face our money cross-legged in the bed, filling in each others’ versions of the shift. A music video plays on the laptop while the cat burrows into the duvet. Strippers balance on a brass pole, telescoping into the stars. Their legs cross at the ankle as comets pass by, into the infinite. The shower has two heads but we lather under one. In the mirror, I towel off and snap our picture as she blows her hair dry.

Wealth shone its light on us and we laughed. We are having brunch at Zells, whatever special was up on the board. We wander the racks of a vintage shop with an ampersand conjoining its name. Work is exhausting and the solution is Total Luxury. Not long ago I was swiping my Oregon Trail food-stamp card at Plaid Pantry and combing the by-the-pound Goodwill bins. The clasp on my stripper heel is still held with electrical tape. I rationalize.

We get our Heart Coffee to go, walk beneath the bridge to the pole-dance studio, for $10 open gym. We ask the coach what it was like stripping in Vegas pre-recession, as the women arrive for Pole-Fitness class, shaking out their umbrellas. We pack up to wait for the bus. Another green summer, punctuated by cold, wet snaps.

We smell pasta cooking across the street, a hanging sign of a huge red M. The Montage. Closed. We peek in at a man taking benches down from the tables. Try the bar around the corner. We scratch at the screen. A man is lighting candles at the tables. We shiver in pantomime. He looks up, and doesn’t move.

That night the club is slow. Restlessness catches hold in us. Let’s escape. Jay has a truck. I text. Come save us? Vivian climbs onto my lap; I push trash and oil-paint tubes off the shotgun seat and reach to unlock the driver’s side. Gold Dust Meridian? Dots? Space Room?

The Space Room is an octagon with a mural of the night desert and a panoramic sky above. With her finger she traces the mountain range, edged in Day-Glo. Strippers love the Space Room, he laughs. We’re the only strippers you know. Aren’t we? The tonic in our vodka glows in the black light. At least admit we’re your favorite.

There’s a paperback I’ve come across at house parties, shelved among last term’s textbooks, or in that basket in the bathroom. It’s a script-writing guide called Save the Cat. Show your hero’s motives: Make him save a kitten, way up in a tree. Force your hero’s will: Make him save himself. In his spacepod-wreckage tent, Matt Damon pulls a grapnel from his abdomen; the same hook that retracted him from death in the Martian storm. Make your audience peek between their hands.

The following night I get called in to go-go dance at the cabaret downtown. In the basement dressing room, I borrow a roll of black tape and stick two little x’s over my nipples. Three pairs of girls rotate between the stage and the glass cat-walks above each bar, climbing past each other on the ladder-rungs. At midnight, we fling our tops off into the crowd.

I un-crumple my tips and text Jay. Already home. C’mon by. I wipe my makeup off with a baby-wipe and then think to put some of it back on again. The owner holds out a pair of drink tickets. I text. Come get me? I wait as he counts my pay-out and I down a double-vodka- tonic and say my cab’s arriving.

Water purls in the intersection beside the 24/7 donut place at the bridge’s foot. You up? I buy a sprinkle donut and eat it. Jay’s phone rings through to voicemail. I buy a jelly donut in the shape of a man with a pretzel impaling his body, then think to ask if they have any day-olds. The taxi dispatch-line rings, emptily. I hold a donut in my mouth and cradle the pink box under my arm and sling my bag onto my shoulder.

At the high point of the bridge, Old Town glows back at me. I wonder how mercury poisoning can be cured with hot water from the ground. I wonder if the river could really feel like concrete, if I were to jump. The freight yard bends into the dark. I shake off the sentiments and continue.

The guy in the empty lot shuffles around, opening his coffee cart. Jay’s front porch gives a little at the center. The door stands open. I set the donut box on the counter and push a couple of cans into the sink, tighten the dripping tap. Jay’s room is tented with bedsheets and foam panels left over from his thesis show, an installation of a props department for an imaginary cult B-movie. Into the night, he’d painted the panels to look like lichen-covered stone, carving in alien hieroglyphics with a dremel, in the studio next to mine.

The curtain is caught under his outstretched arm. I lift his wrist. The covers are on the floor. I find one of his baseball shirts and put this on and take off my stockings. The gray hiss of traffic. I make a space for myself in the curve of his shoulder.

I wake to a text:
are you up?
EGGS IS LOST

She had been out looking for him, in the night.

Wait a little, I text back.
Put some food out.
He will come back.
He is a cat.
Cats love food.

Hey kiddo. Jay flings his arm over me and falls asleep again under his hair.

It is already hot out, cicadas working in the trees. On a corner stoop, a man in his PJ pants, having his morning cigarette. No, he hasn’t seen a white cat with a pink nose and soft ears and gray spots who answers to Eggs. We knock on every door, surprised, at 11 a.m., how many people are just waking, how many people aren’t yet at work, or don’t have work, or don’t have to.

We are despondent. Our only responsibility beyond Ourselves and Total Luxury was take care of the Favorite Cat. In the afternoons, we’d sunbathed under the backyard maple whose leaves were turning an indolent red. He’d seemed to trust us then. Two more Sols go by.

Over the fence we watch the neighbor-lady feeding the strays. Michael had named her cats after food, too. Bacon: The burly orange tom. Croissant: Blonde with a broken tail. This was our joke: concocting absurd stripper names and daring each other to use them in the club, though we always fall back on Erin and Abby. Natural Redheads. Students. Art. Phenomenology. Astrophysics. Cousins. Sisters. Twins. I promise I’ll introduce myself as “Eggs” every night next week, if you just come back, cat. I promise not to bend reality.

I reach for the note.

This was in the mailbox. I went and got him already. He ran straight into the house, up the stairs and into the hamper! I pull on my jeans. Where’s he now? We lift the lid and push back Michael’s unwashed clothes. Eggs, how did you get all the way up there? He looks out, and doesn’t move.