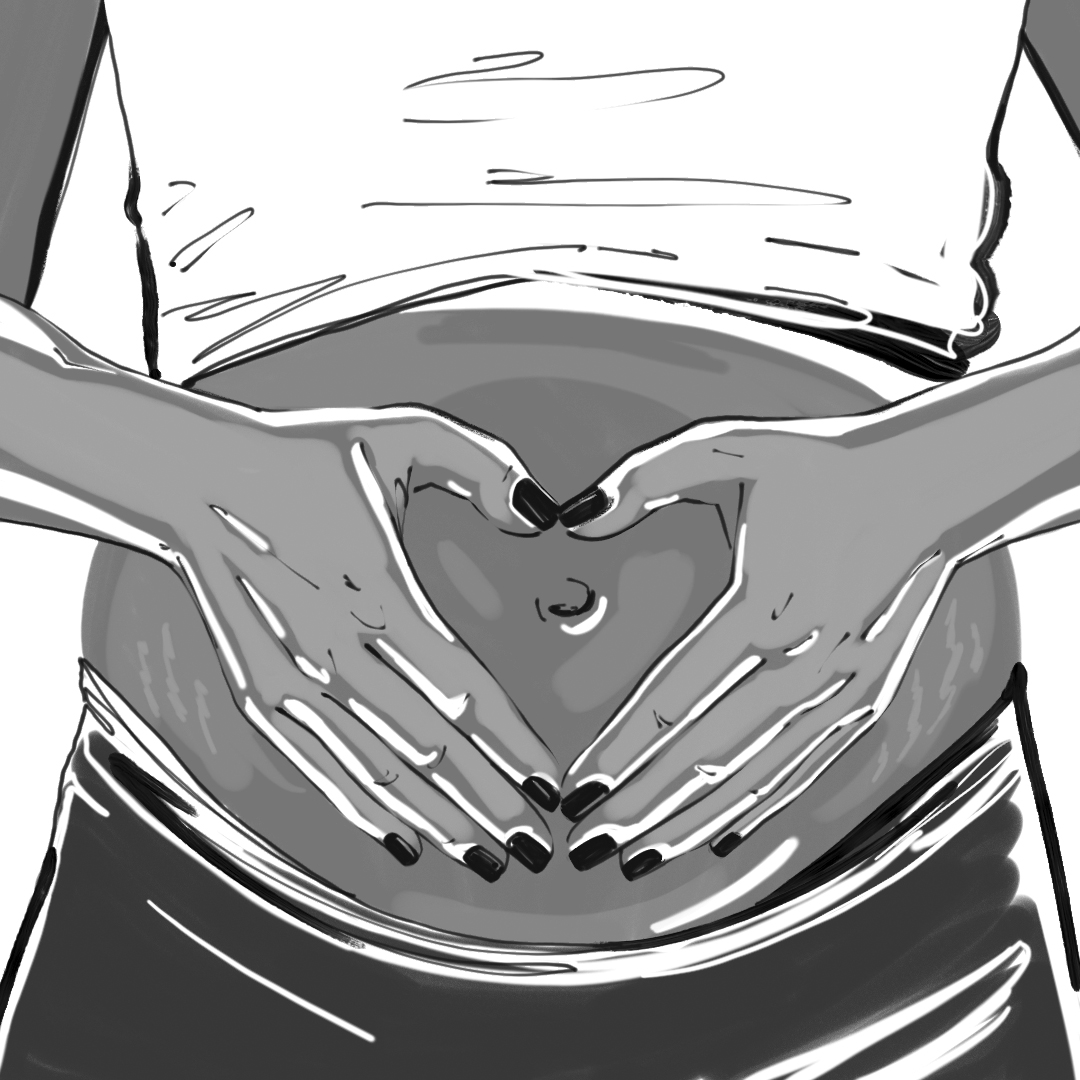 Ashley Hill Hamilton is a native of Uptown New Orleans and mother of two (with a 16 year age gap). She serves as a Reproductive Justice Activist committed to creating methods which prioritize dignity and equity to improve the health care experience for Black birthing persons. Ashley is also a Lactation Counselor, writer, and Member-Owner of Birthmark Doula Collective. Pre-COVID-19, Ashley enjoyed thrifting, spa days, going to brunch, and traveling. Nowadays, when not on a Zoom call, you can find her either binge watching psychological thrillers, blogging at theroadtorevival.com, or in her hammock, nursing her 8-month old and sipping dirty chai lattes out of her favorite mug, labeled MILK MAKER!

It was my second week back to work. Week one was a disaster. I had just gotten my first period after giving birth, which was painful and heavy. The power had just been restored in our home after being out for several days due to the aftermath of Hurricane Zeta. My internet was shaky and my baby still wasn’t taking a bottle.

My partner was just returning to work themselves and my older child was in virtual school for most of the day. This would leave me alone with a baby and a body that was very much postpartum: sensitive and unfamiliar in more ways than one. My mother-in-law had offered to help me, but I really wanted to do it on my own. It was my baby—a planned pregnancy this time—and I was committed to doing it all.

My first birth was 16 years ago. I was 16 years-old, in a challenging but committed relationship, and gave birth in a hospital at 36 weeks gestation over Christmas break. I don’t remember much about the weeks after my first birth, other than feeling pretty great physically within a few hours after delivery, my friends brushing my hair and applying lip gloss to my dry lips, and my family being packed into my hospital room. I remember wrapping my body in a soft paisley print pajama set gifted by a friend—best postpartum gift ever—and returning to school in normal clothes, with new curves to show off after months of wearing oversized sweatshirts to minimize the visibility of my pregnancy to the other students.

This time around, I felt as though I was hit with a sack of bricks. I didn’t remember parenting being this hard! In the immediate days after the birth, I was barely able to walk. My body ached for months, and I struggled to do anything around the house. I couldn’t bathe, my house was a wreck, and doing anything other than caring for my baby was out of the question.

It was during the height of the pandemic, so I had no visitors, aside from a few family members who stopped by on my birthing day to catch a glimpse of their new family member through the dark screen of our bedroom window.

I thought back to how much easier things were for me 16 years ago than they are today, in my 30s. I’m married now, of “acceptable” childbearing age, and have a stable income and home. According to popular belief, this is when we have the green light to start a family. Right?

I had spent years wearing the title “teen parent” as though it were a scarlet letter. For a while, in college, I would hide that I had a child. My school labeled older folk and individuals with children as non-traditional students. The administration made it clear that this was not the institution for non-traditional students and that working a full-time job would be a fast track to failure.

As I grew older, I became attached to my identity as a single parent and used it as a way of letting people know that I was strong, nurturing, and had grit. I led with that identity in job interviews and listed it in the first sentence of my professional bio. In fact, it was the catalyst for my journey to becoming a doula.

In some spaces, being a single parent was revered; in others it was seen as shameful. Some people even pitied me. I lost friendships and people I thought would be in my life forever. The decision to keep my baby represented shame, and it tainted the image of who they had hoped I’d become. I was once asked in a professional setting if sex education classes could have prevented my early pregnancy? Nope.

In my experience, the words “teen parent” and “single mother” were always mentioned together and assumed to be synonymous, much like “Black” and “poor.” That’s another identity that others attached to me, and assumed had to be true of my experience. I tried my damndest to escape this narrative.

In high school, I had friends whose parents didn’t want them to associate with a pregnant girl. It stemmed from a fear that I’d either set a negative example for them or somehow my pregnancy would jump onto them if we were in close proximity. The truth is, most of them were having far more sex than I was.

In my early 20s, I was parenting an eight-year-old and working in the charter school system. I developed a close relationship with a student who became pregnant. I found myself frequently answering questions about her changing body and comforting her through her fears about becoming a parent, while also encouraging her to stay in school. She was attending classes less and less, mostly because of the way she was treated by staff and administration. In 2013, I became a doula and radically committed myself to creating spaces where teen parents could ask questions, talk about family dynamics, and even celebrate their pregnancies without being judged.

One morning around this time, my partner caught a glimpse of some of my writing, which identified me as a single parent. They questioned me, saying “ You’re not a single parent!” and was offended that I would refer to myself in this manner. They explained that they picked my daughter up from school more days a week than I did. So how was I a single parent?

They were right! I wasn’t. In fact, I had never been. But it was the story I had been telling myself for years, the narrative that was assigned to me, and I went with it. I was a young unmarried parent, but not single. Throughout the last 16 years, I actually had more help and support than I can quantify.

My great aunt watched my baby in exchange for beer and cigarettes while I attended classes.  My next-door neighbor cared for, fed, bathed, and washed my baby’s clothes while I worked at night. My aunt and uncle scheduled and attended countless doctor’s appointments. My mother provided a safe and comfortable home for us. And friends along the way would babysit so I could maintain some semblance of a social life.

We were never hungry, unclothed, unhoused, or unloved. We were anything but single. We were cared for immensely by our given and chosen family. The idea of a single parent denotes a person parenting alone, without help or support. This situation can exist for a person who is attached to another person just as easily. I know lots of married and committed folk who are single parents and lots of people not in relationships who aren’t.

Ronald Regan’s despicable depiction of the Welfare Queen in the ’80s would lead people to believe that single moms are irresponsible women who are too loose and too stupid to use birth control, women who will contribute nothing to society and stay home all day watching TV and abusing the system.

In fact, people who parent alone are some of the most amazing people on Earth, often failed by systems that refuse to support them. Rather than offering pity or praise for strength that no human being should be required to possess, single parents need modified schedules in school, priority registration, flexibility, compassion and understanding in the workplace, affordable childcare, and help, rather than judgment from family members.

We all experience life and parenting differently. Motherhood is a spectrum rather than a single experience and we are all deserving of radical support and compassion in every single facet of our lives—no exceptions! 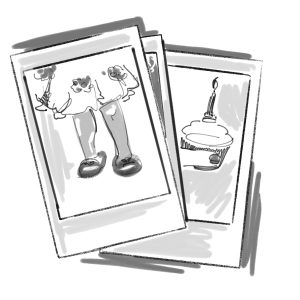