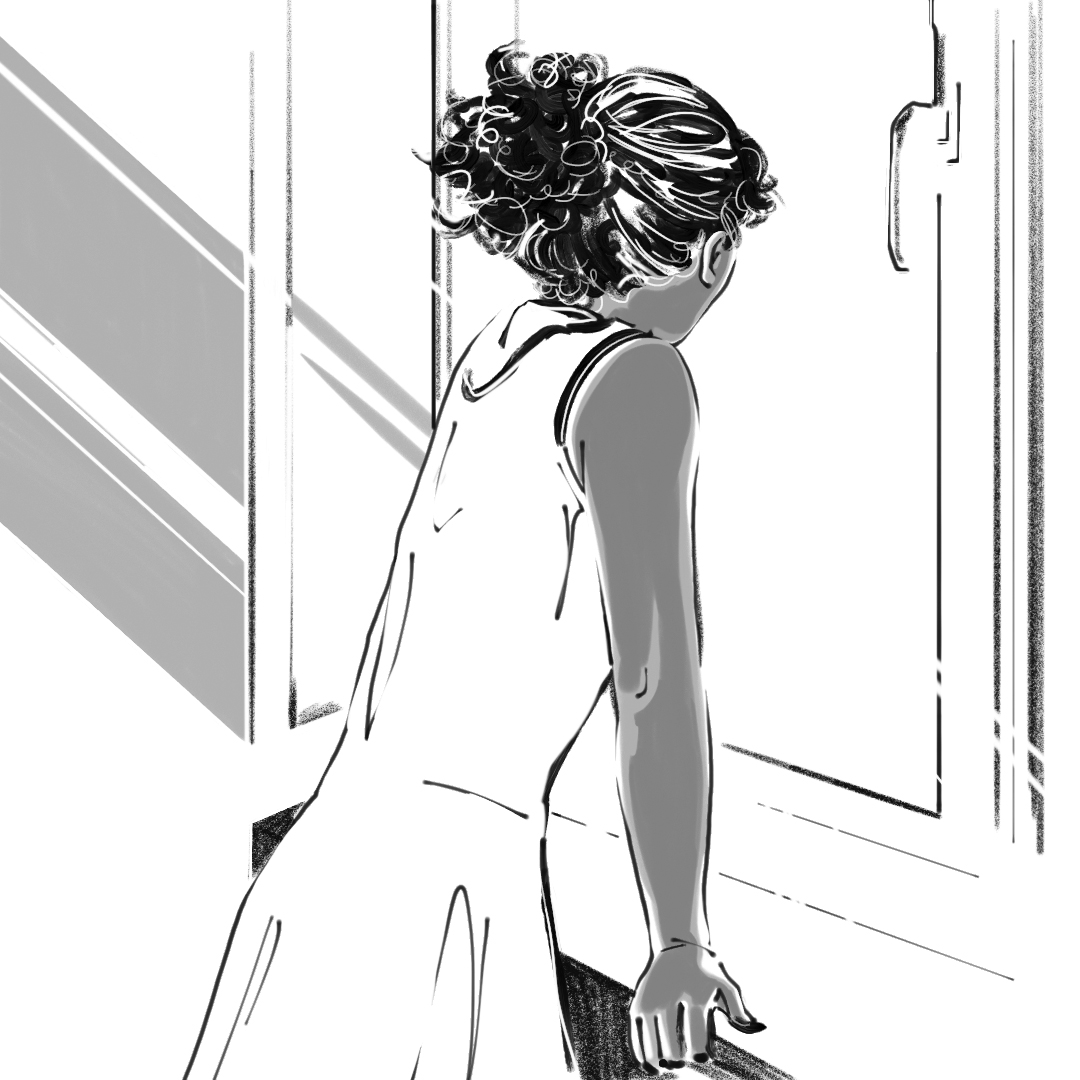 Tamara Prosper is an author, blogger, entrepreneur, and aging services professional. Born and raised in a Philadelphia suburb, she moved to New Orleans to attend Tulane and has lived here most of her adult life. If she isn’t involved in community advocacy or working to plant the earth and feed the world with her husband (via Sheaux Fresh Sustainable Foods), she’s probably sitting on her patio with books and tea (or wine). Tamara, her husband, their two youngest children (ages 16 and 12), and two dogs live in Algiers.

It’s May and I don’t know what my children are doing this summer. In previous years they were registered for STEAM camps, summer book clubs, swimming classes, soccer, volleyball, church programs, and other events to keep them busy. Last May, planning was easy. They would go nowhere and do nothing that required them to leave our property, and we could shield them from a strange new disease and a familiar old one. It was odd but comfortable—for me. Throughout the spring we played board games, watched movies, binged television series, painted, planted, and harvested. After rare trips to the grocery store we formed an assembly line to disinfect everything in plastic, glass, or cans. For adventures away from home we wore masks and carried hand sanitizer. As soon as we returned, we washed our hands like surgeons.

Last May we had a modified party for our oldest child’s high school graduation. A few family members visited our home while most joined us via Zoom. We enjoyed a brief but joyous reprieve after six weeks of near-complete isolation. We ate, laughed, and enjoyed each other’s company, even if we could only interact with most of our guests through a screen. The weather was exactly what we hoped for—sunny with a breeze and not too hot. It was a perfect day for optimism. Our academically talented and creative daughter was taking a step into adulthood, we finally got to see a few loved ones in-person, and it seemed like the strange new disease might be under control in time for a normal summer. The next day George Floyd was killed.

I’m used to the familiar old disease. It’s been on these shores for centuries. Much like the strange new one, it’s a plague to all of us but it’s uniquely dangerous—and often deadly—for Black and Brown people, as well as poor people. Last year as summer drew near, the world mourned for George, then Breonna, Ahmaud, and more. The COVID-19 pandemic didn’t subside, but as far as the cavalier killing of Black people by police (or those who imagine themselves as police) is concerned, last summer was fairly normal. After a few weeks I stopped watching the news reports and filtered my social media intake. I knew it but I didn’t want to see it. While cases of COVID-19 increased and I recognized that many of my fellow citizens refused to adhere to the suggested precautions, I was happy to have a legitimate reason to keep my children safe at home throughout the entire summer.

They were understanding and patient. They were cautious, always careful to wear a mask and wash or sanitize their hands. They were creative, coming up with new games, recipes, and artwork to entertain themselves. But they were not happy and they made it known. My son missed walking to the library for the Lego club, game day, the newest graphic novel, and occasionally, to check out regular old books. My daughters missed being with their friends, going shopping, attending dances and school activities, and hanging out with other teenagers.

This summer I will have three teenagers. One is making her own summer plans that include a full-time job, preparing to be a full-time college student in the fall, and joining us for a family vacation. The youngest recently joined a community track team. He’s getting the hang of the field events and is looking forward to a summer of competition and growth. Our middle child, the artist, doesn’t have definite plans. She’s considering starting her own business, but she’d also like to get a regular job or possibly join the track team with our son.

Throughout March and April, I constantly asked them what they wanted to do this summer. I searched for academic programs, athletic activities, and things that I thought would pique their interests. They showed no interest. I hoped to pack this summer with as much activity as possible to make up for last year’s restrictions. I was sure they would be ready to do almost anything to get out of the house. One day my younger daughter asked, “Why do we have to do something? Why can’t we just relax and enjoy our time off?” I was stunned, but her question was logical. Although she’s been at home, she has still been attending school remotely. She has straight A’s and a great GPA at one of the best schools in the state. She has been working hard to maintain her own academic standards, albeit while wearing her most comfortable clothes. She doesn’t want to do anything that requires anything close to the mental effort she exerts every day during the school year. I get it.

My son started the school year remotely, then attended school twice a week, and now goes to school four days a week. He really doesn’t care what he does this summer, he just wants to get out of the house. He’s generally happy building motorized vehicles with Legos, cooking, baking, playing video games, and watching or reading anime. He also asked why he needs a special plan or activity for the summer. I told him I don’t want him to be bored. He half-smiled and shrugged his shoulders.

Wisdom in the Present

I’m actually glad that they aren’t interested in making lots of plans because I haven’t found much for them to do anyway. I’m still not comfortable with them being around a bunch of random people, especially when COVID-19 is still out there and people are still refusing to take the recommended precautions. On the other hand, sometimes I’m concerned about their shift. These are children who always wanted to “do something.” It didn’t matter what. When they were young I got away with ferry rides, streetcar rides, visits to playgrounds at different parks, visits to different libraries, and sometimes beignets and snowballs. As long as I sprinkled in the occasional visit to the zoo, aquarium, insectarium, Children’s Museum, or Storyland at City Park, they were happy. They just wanted to go somewhere. Anywhere. And DO something.

As they grew older they generally wanted to spend time with their friends, regardless of the location. That’s what they complained about while we were quarantined. “I miss my friends,” they said. “I want to hang out with people I don’t live with,” they said. They wanted basketball games and homecoming dances and birthday parties where they could do more than wave from the car. Interaction with peers was their main focus and the lack thereof was their primary complaint. Now that plans can more safely be made, they seem content to sit at home with no plans at all. Well that’s fine with me!

I like knowing they’re safe at home. Even the one who lives on her own is a homebody, so I’m glad when she’s safe at her home. Although the pandemic appears to be subsiding, there is a history of another danger that concerns me. There’s no vaccine for police violence and the mask of presenting ourselves in a way that is acceptable to the mainstream culture is a burden that doesn’t always work for us. We live in Orleans Parish and I feel pretty confident about the way our police interact with citizens. I make sure we’re all extra cautious in other parishes, especially at night. Police violence feels like an abstract danger, much like the fear of contracting a strange, new illness. If you do everything you’re supposed to do, you should be able to avoid it. Nonetheless, we’ve seen that no matter what advice we follow, Black and Brown people are affected differently by both plagues. We understand it and plan accordingly. Nowadays that means making fewer plans.

It seems that although my kids would have been thrilled to get out of the house last summer, this summer there’s no rush. Instead of desiring to escape the quarantine, they’re ready to be set free from unnecessary obligations. They’ll do things if they feel like it when opportunities are presented. If they don’t feel like it, they won’t, and they won’t obligate themselves to anything unnecessary. I like this approach. These kids are pretty smart! 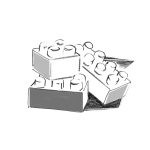