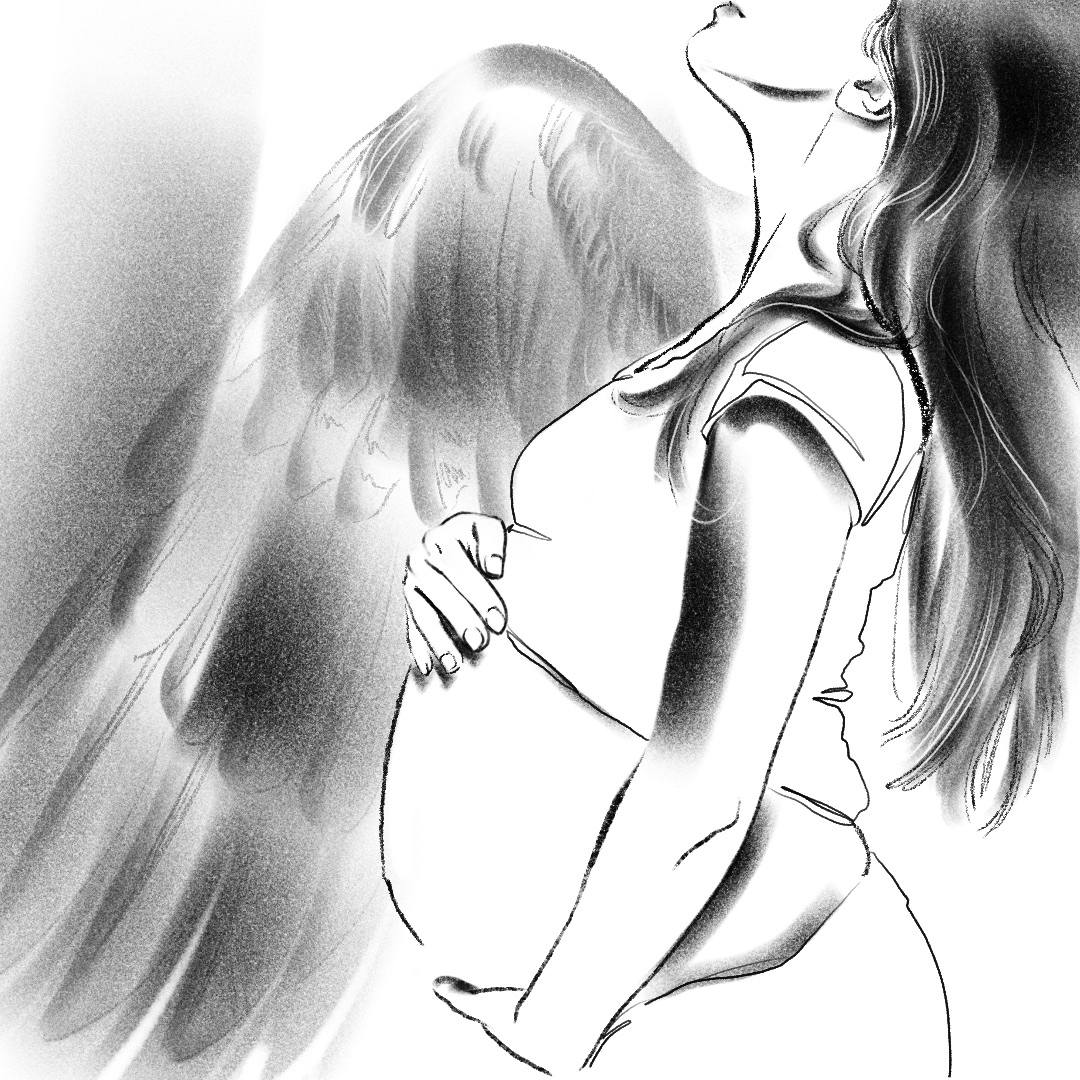 In the wake of the overturning of Roe v. Wade by the U.S. Supreme Court, there has been significant and passionate debate about the right to abortion access and who is most harmed by this ruling. As parents, we know that parenthood and abortion are more closely linked than many people like to believe. A significant percentage of people who have abortions are already parents to one or more children. We reached out to our local community this month to get the perspectives of parents who have undergone an abortion. Two mothers volunteered their stories below.

I always considered myself pro-choice but thought, “I would never get an abortion.” All that changed last fall when, at the age of 45, after two healthy pregnancies that produced two children I adore, and one terrible miscarriage, I decided to get an abortion. I started trying to get pregnant 10 years previously, in 2011. It took over a year and a half, lots of doctor’s visits, tests, and months of acupuncture. I am not exaggerating when I say that I loved every minute of being pregnant. I felt so alive and energized; and as cliché as it sounds, I fucking glowed. Numerous people told me pregnancy suited me. I had the perfect birth and lucked out with breastfeeding. I loved motherhood and thought I could have two more.

But my second pregnancy at the age of 40 didn’t feel quite right: I was dizzy and nauseous all day, every day. I was so tired. I honestly felt the opposite of how I felt when I was pregnant with my first, but I believed all the bullshit that “morning sickness means the pregnancy is sticking” and “feeling sick is a good sign.” When I went in for an ultrasound at 12 weeks, there wasn’t a heartbeat even though I was miserable with pregnancy symptoms. The embryo only measured 10 weeks, which means the pregnancy hadn’t been viable for two weeks.

A week later I ended up passing the miscarriage. It was worse than labor. None of the comfort measures we used in labor seemed to work. I usually never ask for medical interventions, but at one point I begged my husband to take me to the ER. Finally, about 45 minutes in, I passed something that was about the size of an egg. I was in shock at how painful it was.

Within six months, I was pregnant again. Like anyone who has had a pregnancy loss, I was nervous, but I felt so good and full of life that I knew I was carrying a healthy pregnancy even though the hospital stigmatized me for being over 40 (every time I checked into a to-remain-unnamed hospital system, flashing “geriatric pregnancy” warnings lit up the computer screen).

After having our second child, my husband and I left the possibility of a third child open. We weren’t going to try to get pregnant, but we wouldn’t take precautions either. We had talked about him getting a vasectomy if we weren’t pregnant by the time I was 43, but I turned 43 and then suddenly COVID shutdowns hit. We were so busy trying to navigate two kids, virtual kindergarten, and a lack of daycare for our youngest that we forgot about a vasectomy—plus, I had such a hard time getting pregnant previously that neither of us worried.

It’s 18 months later, and at 45 years old, my period is a few days late. I think I’m perimenopausal, but I begin to have dizzy spells and nausea that increase as time goes on. I am so crabby with my kids. I pick up a pregnancy test and as soon as the kids are in bed, I take it. It immediately shows up as positive. I am overcome with panic. As a team, my husband and I feel so irresponsible. I am worried, though, because I know this feeling. This is exactly how I felt with my miscarriage. I do the math and I am about 7 or 8 weeks pregnant. I think back to how my miscarriage was more painful than both of my childbirths put together. My husband worries about how the girls would take it if we try to proceed with the pregnancy and then have a miscarriage or stillbirth.

I realize I don’t have time to lose. I naively think of how glad I am to live in a state where abortion is “legal.” To think I was so oblivious to the fact that states all over the South were already banning, or severely restricting, abortion access and that Roe was almost certainly going to be overturned in six months. We spend the next week trying to get ahold of one of three abortion providers in Louisiana, but no one answers the phone. When we finally get in touch with someone, she tells me to call back in three weeks, as they don’t have appointments until then. But I am too sick to wait three weeks.

I start my search outside Louisiana. The closest appointment is in five days in Columbus, Georgia. Georgia has a 24-hour waiting period, so I would have to spend several days away from family and without any support. I reach out to my network of friends. They get online and find virtual appointments for me. I try to schedule one using my friend’s address, in a state where mailorder abortion is legal, but the system detects I am not actually there. My friends all offer to fly me to their respective states and help me with scheduling. I find the cheapest and shortest flight so I don’t miss time with my family. I take a day of annual leave for work because I have the luxury of paid leave. Two and a half weeks after my positive test, I take the pills to terminate my pregnancy. I think how naive I was to think, “I would never get an abortion.” I know in my heart that it is the right choice for myself and my family.

Six months later, Roe gets overturned, and the trigger laws go into effect in Louisiana. On that day, I suddenly realize we are living in a place that isn’t good for my children’s health: We are raising them in a state that is oppressive for women and girls. I think of all the women in Louisiana who, like me, had the resources (or friends who offered resources) to travel to terminate their pregnancies. I think of all the women in Louisiana who don’t have the resources to terminate their pregnancy and are forced to have a baby in a state that the Annie E. Casey Foundation ranks as the second-to-worst state to raise children in; a state that ranks 49th in infant mortality (as of 2020, according to the CDC); a state where the maternal mortality rate is the second highest of ranked states. I worry for these women, not women like me.

For me, abortion was always someone else’s choice, not mine, because I always wanted children. Now I know how important it is for all women to have the option for a safe and legal abortion, not just for themselves, but for their children and their family. —Anonymous 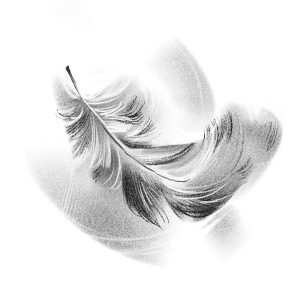 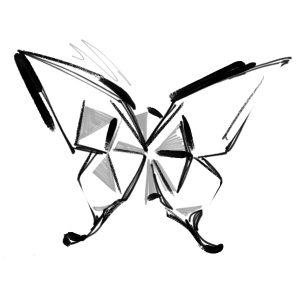 The first time I got pregnant, I was 18 years old and a freshman in college, living in a dorm in Uptown New Orleans. I thought I had a bad stomach virus, as I was throwing up more than once every day. I did have some rudimentary knowledge of how sex worked; my boyfriend and I had been using condoms, apparently not well. My college “Big Sister” thought she was doing me a favor by calling my parents in Chalmette and telling them I was sick. I think if she had known what was really going on, she wouldn’t have called.

My parents drove in and took me to the ER at Ochsner. A young resident, seemingly only a few years older than me, asked if I wanted him to tell my parents I was not sick, just pregnant, or did I want to break the news. I chickened out and had him do it. “You will lose your scholarship and your life is ruined,” is one of the only things my mother said to me that night that I actually remember. The rest, mercifully, my brain refused to retain.

It was 1970, abortion was illegal, my family was Catholic, and my scholarship was at a Catholic all-girls college. My parents and I thought there was literally nothing that could be done. Then I confessed to my Big Sister, and she said, “You have nothing to worry about. All the girls here know about the Causeway Clinic and Dr. Sidney Knight. We’ll make you an appointment.” And thus my reproductive capacity, my college scholarship, and my life were saved by an illegal abortion performed by a compassionate and skilled practitioner in suburban New Orleans.

The second time I got pregnant, it was a birth control pill failure. It was only three years later, and I was working part-time at the Roosevelt Hotel while finishing my senior year at college. There was no way a pregnancy fit into my life and plans and so I made another appointment with Dr. Sidney Knight. And I went on with my life.

The third time I got pregnant, it was 1982, and it was planned. I was in love with a wonderful man with a good job and he loved me and wanted to make a life with me and this desired baby. Our son was born in August 1982.

For a long time, I was ashamed to share that I had had one abortion, let alone two. It took me painful years to recognize that abortion is health care—life-saving necessary health care—and that whatever reason you feel the need to terminate an unwanted pregancy is a valid reason. As poet and author Marge Piercy wrote in “The Sabbath of Mutual Respect”: “To bear children unwanted / is to be used like a public sewer.”

I am a New Orleans parent. I have had three pregnancies and one child. I regret only that I suffered trauma, not the decisions themselves. I celebrate my beloved son and his upcoming milestone birthday. (Happy 40th, Doux! Where did all that time go?) I will work til the day I die that everyone has reproductive choices and the health care they need and want.

By the strangest of coincidences, when I became the minister of the little UU church in Ellisville, Mississippi, a parishioner named Knight—a descendent of Newt Knight who led the rebellion against the Confederacy in the Free State of Jones during the Civil War—asked me if I had ever heard of his cousin Dr. Sidney Knight in New Orleans. I replied simply, “He saved my life and made my ministry here possible.” —The Reverend Melanie Morel-Ensminger, Unitarian Universalist minister 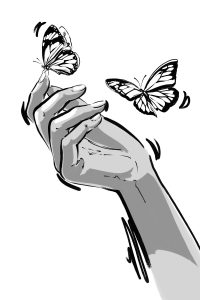