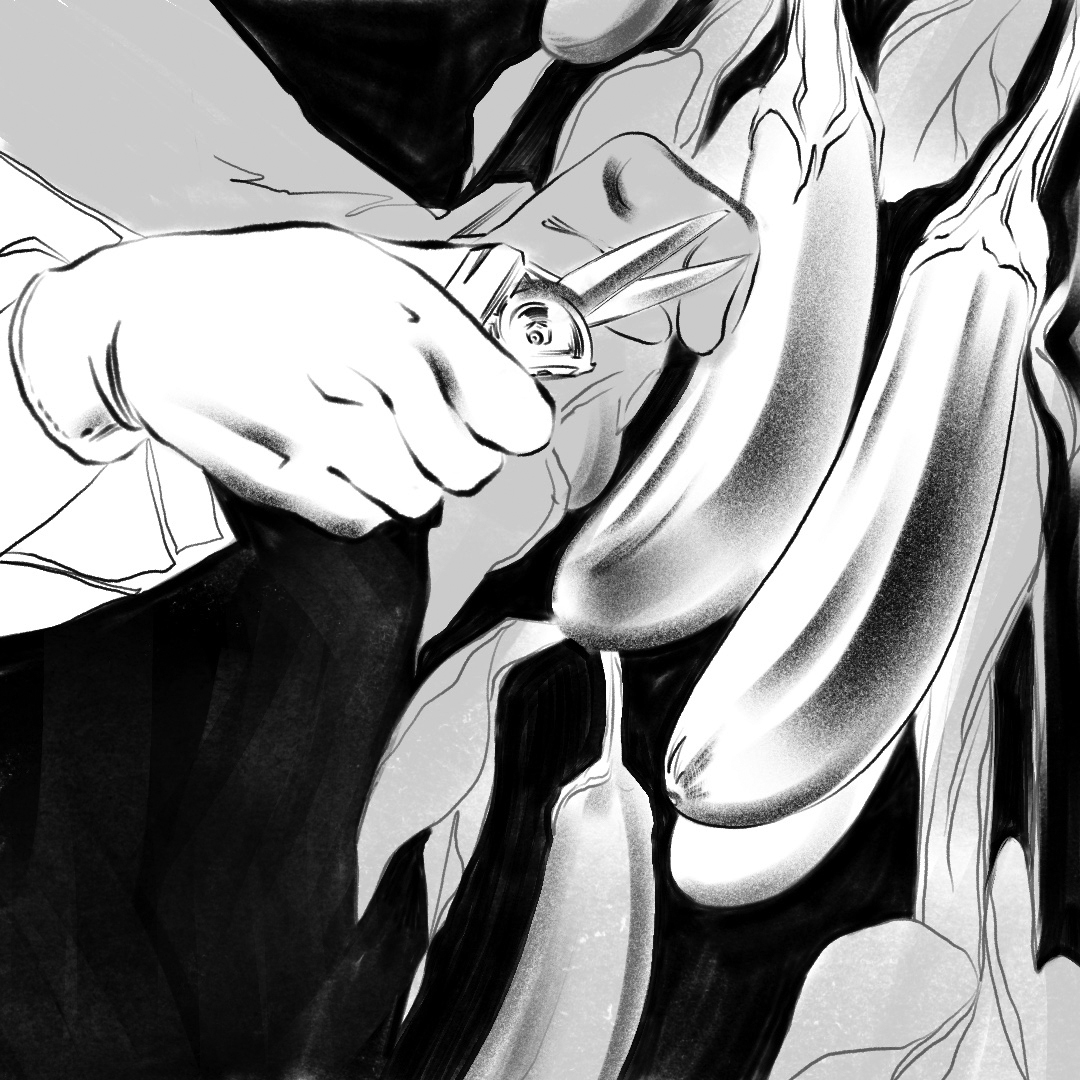 Sara Pic was born and raised in Uptown New Orleans (McMain ‘96!) and is a mom to twin toddlers and a stepmom to a teen son. She lives in River Ridge with her kids, her spouse, and her dog, Goobie.

To Cut, or Not to Cut

I’ll be the first to admit it—I don’t know much about penises. I only have sisters so I was never exposed to penises through sibling bathtimes. And as a queer cisgender woman whose adult partners have all been people without penises, I can’t say I’ve even seen one up close since I was an experimenting teen still struggling to figure out my sexuality. I got pregnant the new-fashioned way: with the help of donor sperm and a doctor. And when an early first trimester blood test told me that one of my two implanted embryos definitely had a Y chromosome—well, I knew I had some decisions to make.

Deciding whether or not to circumcise your assigned-male-at-birth child is one of the first decisions parents of boy children will ever make for their son. It’s a very common procedure in the U.S. (less so across the globe) and often done at the hospital before the baby is discharged. But I knew almost nothing about circumcision, beyond that it was often associated with religious rituals and that one Sex and the City episode where Charlotte is so turned off by an uncircumcised man she is dating he gets himself circumcised.

I think I had vaguely heard that it might help prevent some sexually transmitted infections as well. But I felt a little squeamish about it. It’s literally cutting off part of his penis, something he might want later in life. I didn’t even plan to pierce my daughter’s ears until she could decide on her own that she wanted them pierced.

My spouse felt strongly that our son should not be circumcised, so even though I had a slight default to the norm—which, in the U.S., is towards circumcision—I knew I had to learn more in order to make an informed choice.

Circumcision is a procedure in which the skin covering the tip of the penis (the foreskin) is surgically removed, which exposes the tiny opening to the penis through which urination occurs. Though rates of circumcision in the U.S. are higher than the rest of the world (at about 58% in 2010), that’s down from about 65% in 1979, according to data from the Centers for Disease Control and Prevention.

The American Academy of Pediatrics (AAP) has vacillated in its support or opposition to routine male circumcision in the last half-century, issuing numerous contradictory opinions on the procedure. The most recent AAP task force on the topic concluded in 2012 that there were enough preventive health benefits to recommend access to the procedure, though it does not go so far as to recommend universal circumcision.

In fact, the previous task force had concluded the opposite in 1999, finding that there were not sufficient benefits to recommend the procedure at all. This followed previous flip-flops in recommendations from the 1970s and 1980s as well. The CDC, in fact, noted that the change in these recommendations from the AAP specifically tracked to the higher and lower rates of circumcision that it found in its data. The benefits, according to the most recent AAP policy statement, are “prevention of urinary tract infections, acquisition of HIV, transmission of some sexually transmitted infections, and penile cancer.” And, according to the AAP, “[m]ale circumcision does not appear to adversely affect penile sexual function/sensitivity or sexual satisfaction.”

Sounds good, right? Who doesn’t want to prevent cancer in their kids? But I couldn’t get over this nagging feeling that it shouldn’t be my decision. And yes, I came back to that Sex and the City episode. Because even though the procedure is more difficult as an adult, it’s not impossible. But if I made the decision for my son as a child, it was irreversible. And yes, many things in our childhood lives that happen to us are out of our control—but I couldn’t see any benefit to making that decision for him when I had the choice to not do so.

I wondered—were there any benefits to being intact? While the AAP says that there is no difference in sexual function or sensitivity, as an avid advice column reader, I was really struck by a description of the differences in a recent Slate sex advice column. The advice columnist notes that it’s hard to describe the difference between sex as a person with a foreskin and sex as a person without, since most people have only experienced life as one or the other. He concludes that sex with foreskin is like black truffles, while sex without foreskin is like white truffles—both delicious but black truffles are just stronger in taste and smell. And there is some limited data cited, including anecdotal stories, where adult people who had their foreskins removed found sex and masturbation to be less pleasurable and less intense.

Returning to those supposed health benefits of circumcision, they are not as impressive as they may seem. The risk of penile cancer is extremely low in countries like the U.S. HIV, while still a terrifying virus, is not nearly as scary as it used to be thanks to PrEP. Even the AAP in its most recent recommendation does not assert that universal circumcision is necessary, which it seems like it would do if the benefits were all that strong. And any surgery carries risks of its own: There are complications and infections that can happen during and after a circumcision, that while rare, do exist.

Uncircumcised penises do require a little more work from their owners, however. As I learned in my research, once they’re fully able to retract their own foreskin (this usually happens between ages 8 to 18) they’ll need to actually pull back the foreskin to more thoroughly clean their penis. I knew if I made the decision to not circumcise, I would have to have uncomfortable conversations about teaching him how exactly to clean his penis.

But there will be many, many more uncomfortable conversations to be had. If I can power through a conversation with my young son on penis cleaning, I am setting myself up well to have the ongoing necessary conversations about sex and sexual health and wellbeing so that he can make good, healthy choices for himself.

Ultimately, I decided not to decide. That is, I decided it was not my decision to make and that if my son ever expressed a desire to be circumcised, I would support him and pay for the procedure and take care of him afterwards, like a mom always should. 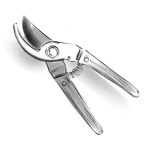