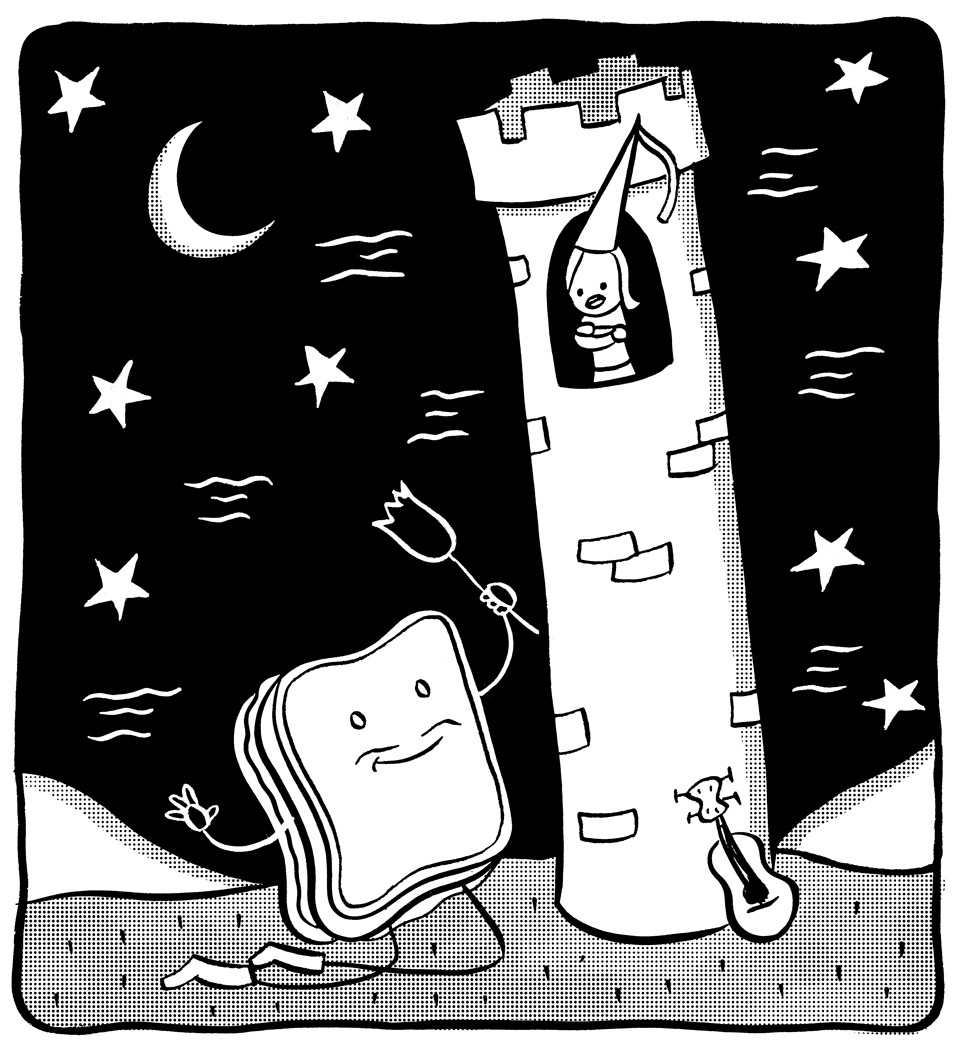 I’m not really a sandwich person. I mean, I love po-boys, but a non-po-boy sandwich? Isn’t that just meat chilling between some bread? Can’t I just make that at home? Well, I’m all about being proven wrong, so I set out on a bold journey to change my own mind about the humble sandwich. Here’s what I found.

Cibo (1114 S. Carrollton Ave.)
Cibo is going for a New York Italian deli vibe, which means you have to listen to Frank Sinatra, but you get to eat on those red-and-white checkered tablecloths, so I guess it balances out. I tried the chicken caprese and the chicken toscani. I know I should have gone for more variety, but I didn’t, and that’s OK. The chicken caprese featured chicken, fresh mozzarella, tomato, and pesto on “Italian bread” (which just tasted and looked like a small baguette—I’m not sure what the difference is supposed to be). It tasted really healthy, and I don’t mean that as a cruel, backhanded compliment. I honestly mean it was a nice, light lunch. The flavors worked very well together (which makes sense, since it’s a pretty classic combo), and everything seemed really fresh. The chicken toscani was basically the chicken caprese, but instead of mozzarella, it had provolone cheese and came dressed with roasted red peppers and arugula. It was too much of a good thing, honestly. The flavor profile of the caprese just made more sense to me. I thought the roasted red peppers were tasty, but they clashed somewhat with the pesto and arugula. Now, I’m not saying that I hated the toscani—I just strongly preferred the caprese. A side note: each sandwich comes with a totally superfluous, bland little pasta salad. Unless you desperately need the extra caloric intake, I wouldn’t bother with it. 7.5/10 Franks Sinatra

Stein’s Market and Deli (2207 Magazine St.)
Can you believe I’ve never actually eaten at Stein’s? I know, I know… but like I said, I’m not a sandwich person. Or at least, I thought I wasn’t. You see, the thing is, I love a reuben. Like, seriously love—but I never think about eating one unless I happen to be at Siberia, and then I’m like, “Oh yeah, I love a reuben.” So when I saw it sitting proudly right near the top of the menu at Stein’s, I knew what I wanted. I’m glad I trusted my instincts, because it was—as the kids would say—fire. I ordered it on rye, which was nicely dense and held up well against the fillings. The sauerkraut had just the right amount of tanginess, the Russian dressing was piquant and bright, and the swiss was a nutty foil for the corned beef. I even had enough leftover to eat for lunch the next day, and it held up to a night in the refrigerator, which is maybe the ultimate test. It was an absolutely perfect reuben and I’m super happy that I tried it. For my second sandwich, I was torn between the Dan and the Foxy, but ultimately picked the Foxy. The Foxy is roast beef, avocado, cheddar, red onion, and horseradish. For fun, I got it on the seeded bread. It was more complex than a sandwich really has any right to be. I’ve never had roast beef and avocado together, and the horseradish almost melts into the flavor of the avocado. Interesting, right? I preferred the reuben, but like I said, I just really like reubens. I’ll definitely be back, although now I know to place my order “to go,” mainly because I am a desperately awkward individual and sitting at a table with strangers gave me anxiety. 10/10 Foxy Dans

Aglio (611 O’Keefe Ave. Suite C-8)
The first thing I noticed walking into Aglio was a sign stating that as payment they’ll accept: tattoos, booze, cigarettes, books, legal services, and notarized I.O.U.s. Are your eyes rolling back in your head? Because come on, I get it: it’s a joke. But also there’s no way I could have strode up in there with a tattoo gun and a copy of To Kill A Mockingbird and placed an order. It’s cool y’all; you’re making sandwiches on the edge, but please. OK, on to the food! I ordered the (cleverly named, or…?) M.E.A.T.S. sandwich, which is portabello mushrooms, fried egg, avocado, greens, tomato, and  chipotle aioli, served on ciabatta bread. Get it? It’s called M.E.A.T.S. but there’s no meat! The M.E.A.T.S. was served in a puddle of its own grease, which was fairly disconcerting. I completely misread the menu and didn’t realize the mushroom would be breaded and deep fried. The combination of fried mushroom, egg, and aioli meant that this sandwich was completely soggy before I even started eating. The egg was overcooked and brown. I successfully made it four bites in before the whole thing lost its structural integrity. Worse than that, the flavors were confusing together. The Godfather was the much tastier option: meatballs, red gravy, Sicilian egg (not sure what that means, as I didn’t see any egg on my sandwich), mozzarella, pepperoncini, and fresh basil, served on a sesame hoagie. But the Godfather only survived two bites before completely falling apart as well. I ate it with a fork and it was like a pasta-less pasta dish. I don’t know… I think that Aglio has some good ideas, but they haven’t come together, yet. On the upside, the cashier was super friendly and the music was excellent, assuming you’re into early darkwave. 4.5/10 Notarized I.O.U.s

Turkey & the Wolf (739 Jackson Ave.)
Bon Appétit magazine rated Turkey & the Wolf the best new restaurant in the country this year. That, my friends, is some major bragging rights; it also set my expectations very high. Set in the building that used to house Mama’s Chicken and Waffles, NOLA Smokehouse, and Finger Lickn Wings, Turkey & the Wolf is a rather unassuming cinder block establishment with very loud music playing inside. I’m a total grandma, so take this with a grain of salt, but I couldn’t even talk to my dining companion because the music was so overbearing (‘90s-era gangsta rap has its place, but damn, that decibel level was intense). But you know what? That’s literally my only real complaint and I’m not even knocking any points off. The food was amazing. I mean, what else can I say? I ordered the fried bologna sandwich, because that’s the one everyone told me I had to try. It didn’t sound even remotely appealing: fried bologna, hot English mustard, potato chips, mayonnaise, American cheese, and “shrettuce,” on white bread. Literally no part of that sounded good to me. I’ve never understood the appeal of chips on a sandwich, but I’ll try any food once. It wasn’t love at first bite; I was initially put off by the combination of American cheese and mayo. But I soldiered on, hit my first chip, and was sold. Like 100% sold. I haven’t stopped thinking about it! I also ordered the ham sandwich, which is ham, cranberry, herb mayo, 2 year-old cheddar, and arugula on a “Virginia French roll.” I liked it, but wasn’t like ZOMG (although my dining companion loved it and keeps trying to talk me into returning). Next time, I’m definitely trying the Collard Green Melt. 10/10 Decibel Levels