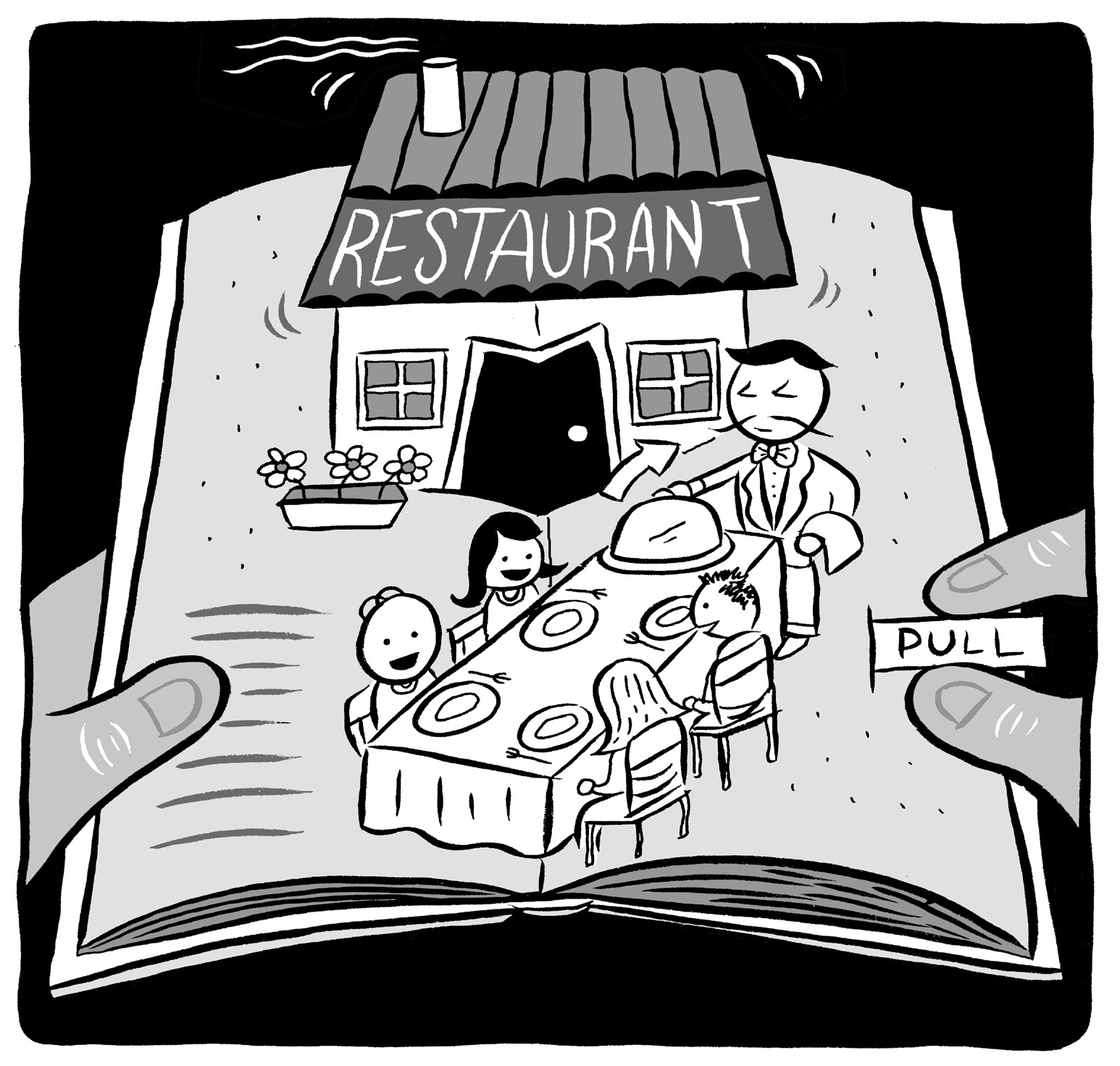 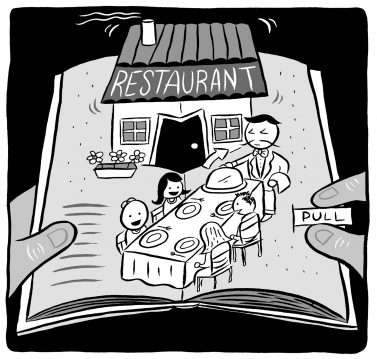 What’s a chef without a restaurant to do? Why, borrow someone else’s and pop up, of course! I know that I’ll be hitting more pop ups in the future because there are so many and I really love supporting folks who are just starting out. Also, it’s always great getting to try something so completely new! To make these pop ups easier to find, I’ve included the primary website or social media handle that seems to have the most up-to-date information for each outfit.

Little Bird
(Instagram: @littlebirdnola)
My love for fried chicken is known far and wide. It is the world’s perfect food, so what could be better than a fried chicken pop up? I ordered the chicken wings and fries while my dining companion ordered the cold fried chicken sandwich. The wings are dusted in togarashi and only very lightly battered. I’m a chicken wing aficionado and I’d easily put these in my top five in the city (they’re not as good as Tan Dinh’s but they’re better than Manchu’s). The wings are served with two sauces: one is a fairly typical ranch and the other is either a peach hot sauce (which is what the menu promised) or a watermelon hot sauce, which is what I’m 99% sure the waitress told me. It was sweet and spicy— definitely some type of fruit—but was it watermelon sweet or peach sweet? I’m not sure. Either way, it was the perfect pairing for the wings. The fries were middle of the road: nothing special, but serviceable. The accompanying malt aioli was pretty much straight up mayonnaise, but I didn’t go there for the fries so that’s fine. The cold fried chicken sandwich, a food which normally seems rather extravagant, if slightly superfluous, was also excellent. The bread and butter pickles were sweet and lovely and the bun was buttery and poofy. No complaints and I felt like the price point was fair. I spent about as much as I would have at (my admittedly now beloved) Hooters, but had wings that were far better and the bro ratio was far lower. I visited Little Bird when they popped up at Coquette, so I got to eat wings under chandeliers and fancy pressed tin ceilings! Win.
9.5/10 Buttery Buns

Lahpet
(Twitter: @lahpetkitchen)
I’d never had Burmese food before and was thrilled to try Lahpet! Formerly located inside of the now defunct Milkfish on North Carrollton Avenue, Lahpet now seems to be popping up in different coffee shops around town, namely Rook Cafe on Freret and Live Oak Cafe on Oak Street. When I went, I ordered the tea leaf salad and shan tofu stir fry. My dining companion ordered the chilled tomato curry with rice. The tea leaf salad features fermented and pickled tea leaves, mixed fried nuts, greens, and tomatoes. It tasted vaguely dirty. I don’t mean that in a meanie pants way, necessarily; it just reminded me of those wines that taste like mossy dirt. I guess a more polite way to say that would be “earthy;” but it wasn’t really earthy, it was dirty, like chewing on a twig that you found in the backyard. That may appeal to someone, but that someone is not me. The shan tofu stir fry tastes like something a non-vegetarian would make if they were trying to cook from the Moosewood Cookbook for the first time. I’m sure the tofu had been marinated or seasoned in something (the menu promised ginger tofu) but it tasted totally like tofu straight out the pack, so like nothing. The beauty of tofu is that you can make it taste like anything! Why waste that? The chilled tomato curry with rice was runny, bland, and strange. The flavors just didn’t come together. A portion of this pop up’s proceeds benefit the One World Family International’s Burmese refugee education initiative, so I feel like a total jerk for not enjoying anything I ate. But it was bad, like really bad. Maybe it’s me? Maybe Lahpet is a great representation of Burmese cuisine but I just don’t like it? Maybe I went on an off day? I don’t know, but in the future, I’ll just donate money to refugee education and skip the food. I don’t think I could bring myself to try this one again.
0/10 Moosewood Cookbooks

Saint Wok
(Facebook: @saintwok)
Saint Wok pops up inside of the St. Roch Tavern and y’all, I just love a pun so much. As is my way, I ordered a lot at Saint Wok. I got the potstickers, veggie dumplings, eggrolls, and the spicy miso chicken wings with scallion pancakes. And you know what? It was all excellent. The veggie dumplings tasted healthy, but not in an annoying way, if that makes any sense. They just tasted really fresh. The eggrolls were of the light crispy Vietnamese spring roll variety. The potstickers were gigantic! I could have gotten away with just ordering those as my meal. But the real star of the show was the spicy miso chicken wings with scallion pancakes. OK, yeah, duh: I love chicken wings, we’ve already gone over that, so I’m predisposed to enjoying any wings I’m given. But these wings were just amazing. They weren’t hot, so maybe spicy was a bit of a misnomer, but the flavor was really quite complex. Maybe they mean spicy as in “these contain spices” not “these are going to make your mouth burn.” In any event, I loved them and would say they’re easily as good, if not better, than the Little Bird wings I talked about before. But really, they’re not comparable because the flavor is so completely different. The wings are served with a cabbage slaw and the scallion pancakes, so they’re really a full meal. I’d never had scallion pancakes until earlier this year when a friend insisted I tried hers at China Rose in Metairie, which is my usual ride-or-die for Chinese food. I was hooked! What have I been doing with my life that I haven’t been eating savory pancakes? Saint Wok’s were slightly crispier than the ones I’d had before but equally as good. I plan on going back and ordering the wings as often as possible—they were just divine.
9.75/10 Savory Pancakes

Black Swan Food Experience
(blackswanfoodexperience.com)
The Black Swan Food Experience’s website promises a “Creole Thai Caribbean experience.” I don’t really know what that would mean, although all those flavors would seem to go together theoretically. That being said, the brunch menu offered what I’ve come to expect from modern Southern cuisine, which is fine by me. I ordered the shrimp and grits (which featured a jerk bbq shrimp and an avocado and tomato salsa), a sweet potato pancake with ginger-infused cane syrup, and the collard greens meal as a side (they kindly made a smaller order than what would otherwise be a main dish, so I could try it). The greens were like any other greens, and tasted like you’d expect, except that they were sweetened enough to pull any bitterness out. A fine dish, if somewhat non-descript. The shrimp and grits dish, however, was excellent. The shrimp were perfectly seasoned, the grits were somewhere between an oatmeal and a polenta texture, and the avocado/tomato salsa was a genius pairing. How have I never had avocado and grits together before? It was delicious but so tiny: I was literally served two tablespoons of grits. Likewise, the sweet potato pancake was fantastic but it’s strange to get just one pancake. This really brings me back to a question that I’ve been batting around when trying to judge a pop up: do I hold these places to the same standards as I would a restaurant, or do I hold them to food truck standards? Or is there some middle ground? If I was at a “nice” restaurant (or even a cute little shack of a place), I wouldn’t bat an eye at paying $8 for one pancake or for an amusebouche- sized portion of grits, because I get that I’m paying for ambience (or something), but it’s harder to justify that price when your meal is being cooked semi-outdoors and you have to eat in your car because there’s nowhere to sit and there are flying insects attacking you. It feels unfair for me to judge the good people of Black Swan by the place where they popped up. It’s not their fault that the surroundings were less than ideal. I had their food at the Hollygrove Farmer’s Market—a great place to buy groceries, but a bad place to try to eat food off plates with a fork and knife. But I will say that I thought their portions and prices were off, even though the food was great. I really hope they get a permanent location: their food deserves it.
7.5/10 Creole Thai Caribbean Experiences

Is there a pop up I need to try? Please let me know at yvette@antigravitymagazine.com