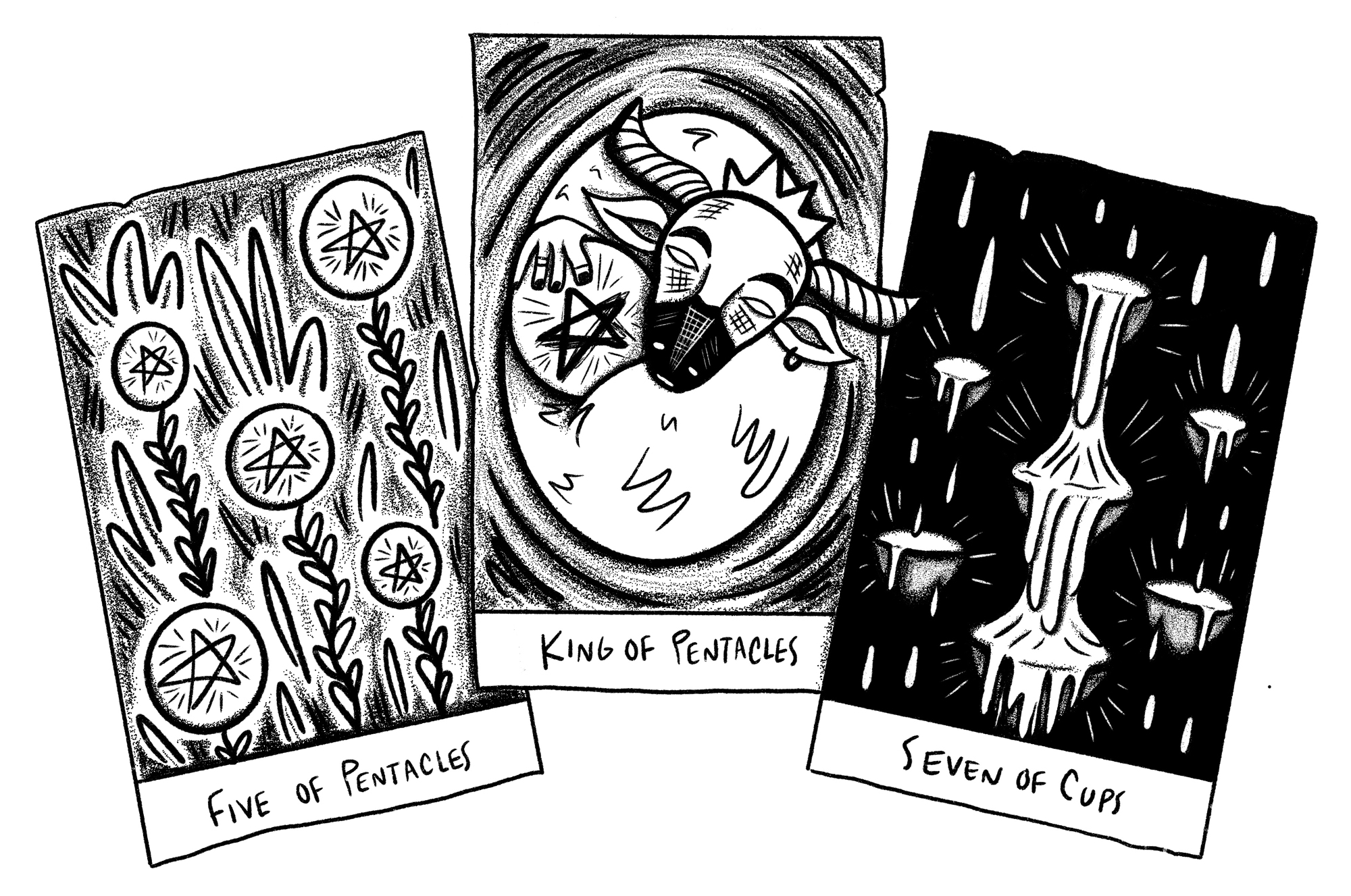 With the appearance of the Five of Pentacles, we could feel as if we have been left out, or even thrown out and forgotten. What is going to be tough right now is recognizing which of our feelings and perspectives are emanating from realities in our lives and which are the result of experiences from the past. Recent shocks and confusing disappointments will manifest in unexpected ways that might not even make sense, so we will need to rely on all of our faculties and resources to discern effectively. We need material facts. Our general feelings should certainly be taken into consideration, but hunches and gut feelings are not especially reliable at this time. Collect information and perspective from others. Tell people what you need from the communications you request. If you are not looking for advice, let others know you just want a springboard and maybe some constructive questions to help you best understand your next moves. We will find the sheer number of paradoxical experiences bewildering at this time. Avoid rash choices and harsh words.

The King of Pentacles is as solid as ever on his throne—unfortunately, we are confronted with the side of him that is not much of a friend. We can expect the worst from him and should. He is likely to express his sympathies and he might even mean them, which could put us off our guard. The problem is, despite his capacity to notice human suffering, he cannot see how forfeiting his personal gain would benefit anyone and so he will choose his next moves from greed. We should expect him to play word games and possibly even twist the constructive criticism he is receiving to sound as ludicrous as possible. His choices will not serve those who need better from him, but there is a chance he will create a crucible for himself that will, in time, trap him in a conflict of interest with his peers. Should the overall conditions support legal action against the king, this step could be wise if for no other reason than to block his strategy in miles of red tape.

Seven of Cups means we will continue to weigh our options and even make possibilities out of illusions. We might choose one thing and then another, again and again, running our mind in circles between choices we don’t prefer or choices that are not really choices at all. Slow it down. We are confused by the influence of the Five of Pentacles and strained by decisions handed down from the King of Pentacles. These next handful of weeks are best filled with activities that will serve us no matter what big choices we make in the near future. There is relief in settling the mind around the knowledge that you might well be making interim choices and decisions that are good enough for now. There is relief in making connections with those who know the pains of the present and the past and are willing to see what the future has written on its wall, because there really is power in numbers. May our anxieties find solace in dancing with one another to the eternal beat of life.