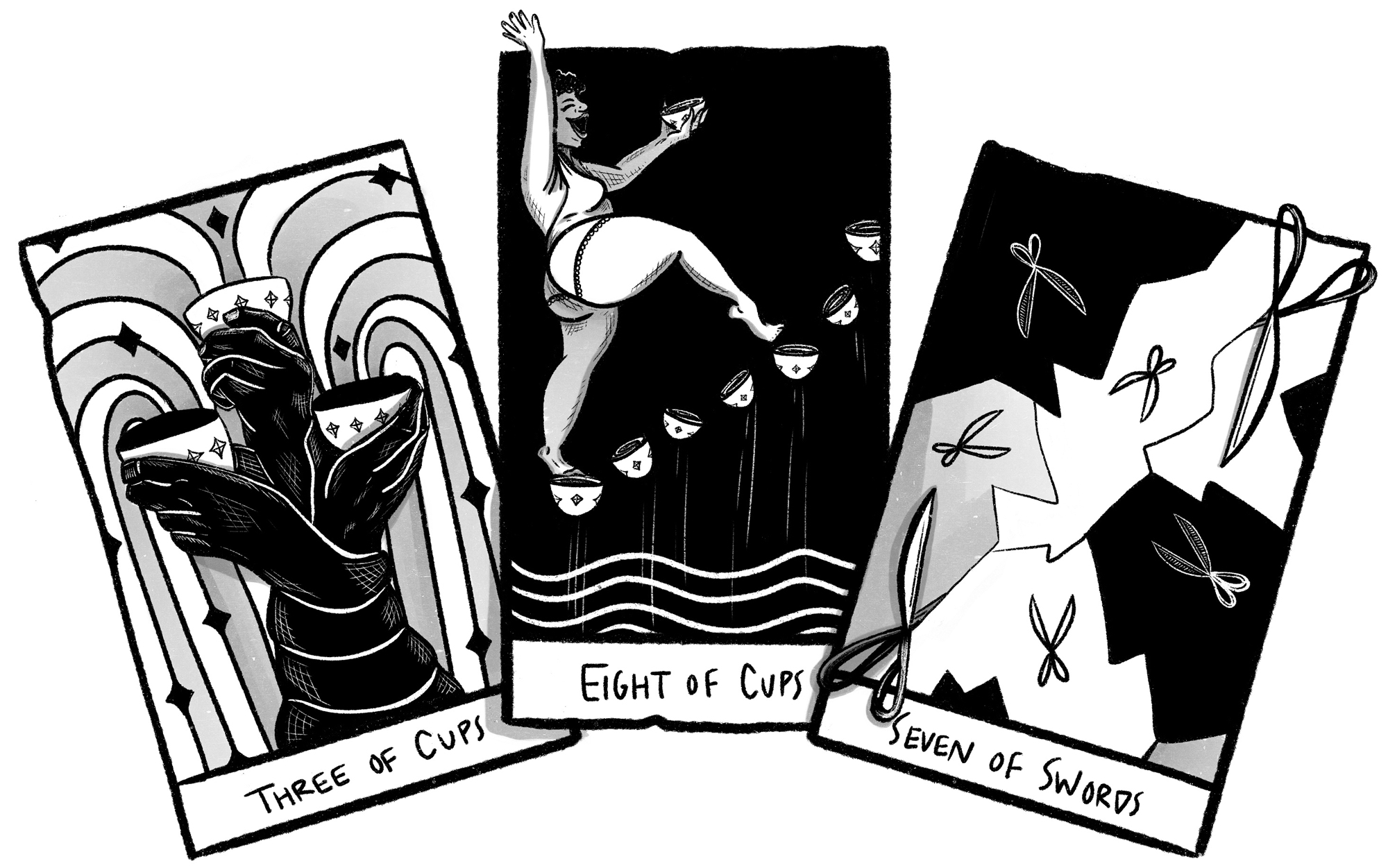 The Three of Cups is a depiction of a celebration; it is both a snapshot of a past gathering and an invitation to join in on something upcoming. There are decisions to be made about the circumstances under which you will agree to join the party, if you do. There will be plenty of people keeping socializing to a minimum over the course of the winter season and there will be a number of reasons why this is true. If someone changes their mind late into the planning stages, let it be easy. Right now is the time to celebrate at your own pace and enjoy yourself. Get excited about every meal and every conversation and every project you have around the house. Throw a party around every frozen pizza and every afternoon nap and the watering of every green plant. The celebrating we do every day—the memories we give ourselves and each other—are powerful medicines. They are what make up the basis of so many of our future remedies.

The Eight of Cups represents a noticeable change in atmosphere. We might be walking away from a project or a life we were building, something we put work into creating. It could be a partner in one kind of endeavor or another who decided to take a different road, and now you are living through the shift in your own plans and visions. Your initial goals might even have succeeded—it is likely that at least part of what you were doing was working just fine or even well. We might have acquired exactly what we set out to obtain and still decide to leave it behind, not because it failed but because it turned out to be different than we expected or because we encountered personal change through the process of turning an idea into a reality. If it is at all possible to make a collection of memories related to the Three of Cups from any situation you leave behind, do it and you leave with good will.

The Seven of Swords continues with the theme of moving on that began in the Eight of Cups above. If we are suffering the aftermath of a deception, we will benefit from talking to someone who can assist us in grounding our own thoughts and feelings into a few sentences, about which we can decide whether or not we take action. Our greatest advantage will come in the form of the traction we gain through our own framing of past ventures and relationships. Shifts in desire, circumstance, vision, or goals are normal occurrences, and the Seven of Swords can suggest that we take our five best swords and leave those other two behind. Maybe you call it cutting your losses or maybe you call it an offering for the memories; it amounts to relatively the same idea. May we be creative and kind in the midst of how things change.