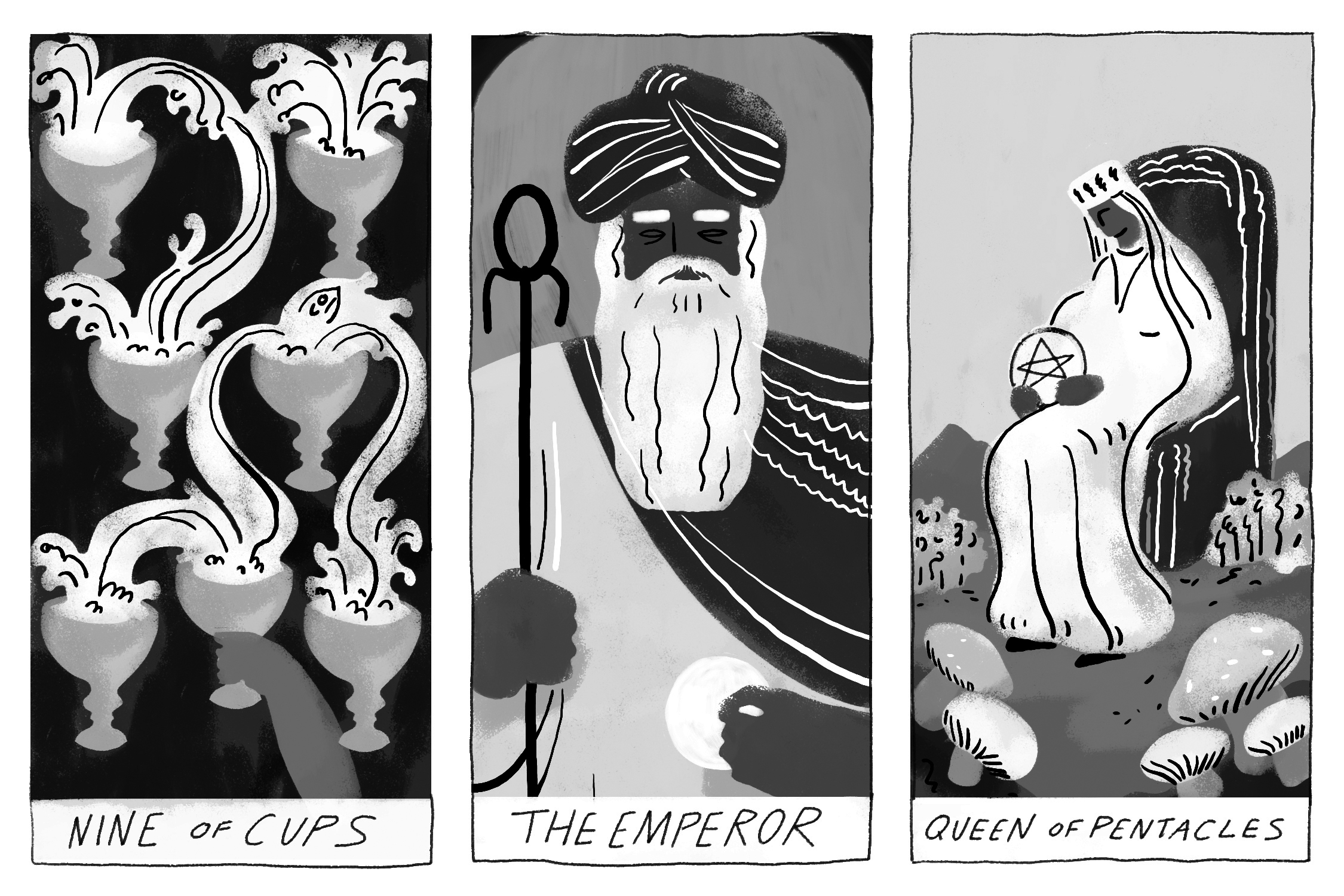 Nine of Cups § The Emperor § Queen of Pentacles

How often do you experience contentment? The Nine of Cups asks us to spend real time breaking down our personal relationship with satisfaction. Embedded in our culture is the sly fear that if we indulge feelings of contentment we will have to be taught a lesson. The good feelings will have to be taken away in order to prove that they are only an illusion anyway, and we were foolish to think we could hold them or deserve them at all. We might simply avoid really grounding into contentment because we don’t want to face its often fleeting nature. Contentment comes and goes whether we enjoy it while it is with us or not. If we welcome momentary experiences of satisfaction and conspire with these to create more of the same for ourselves and others, we are actively creating the resilience we most definitely need in general—and maybe especially for what comes next.

The Emperor steps into our purview this month and he is, unfortunately, at his worst. When The Emperor archetype embodies his negative potential, he is consumed by a lust for not only the material rewards that come with institutional power but also the emotional satisfaction he receives from controlling people. The Emperor manages an important aspect of his rule through his formidable abilities as a storyteller. He is the author—the authority—and he tells the stories that make his desires seem like a reasonable, or at least necessary, course of action. If we understand The Emperor to represent global capital and its industrial machines rather than a specific person, we might gain useful insight on how to effectively communicate on the subjects of alternative plans and future goals.

The Queen of Pentacles is definitely a nice way to round out our reading this month. This character enjoys her own company and she builds solid foundations around her and within her, too. This is someone who takes wise counsel and makes good decisions, the best she can with available knowledge and resources. She can wait if she needs to because she is never wasting her time even when she isn’t doing a thing at all. She is content with long term plans and what that means for her stamina. She builds and plans and takes action from a position she knows she can hold. She carefully decides how to use her energy and she embeds pleasure and periods of contentment into the big picture. Autumn is likely to be an active, exciting period and our best will emanate from well-considered plans. Keeping ourselves present with material outcomes is the theme of the season. May a calm resolve serve us well.