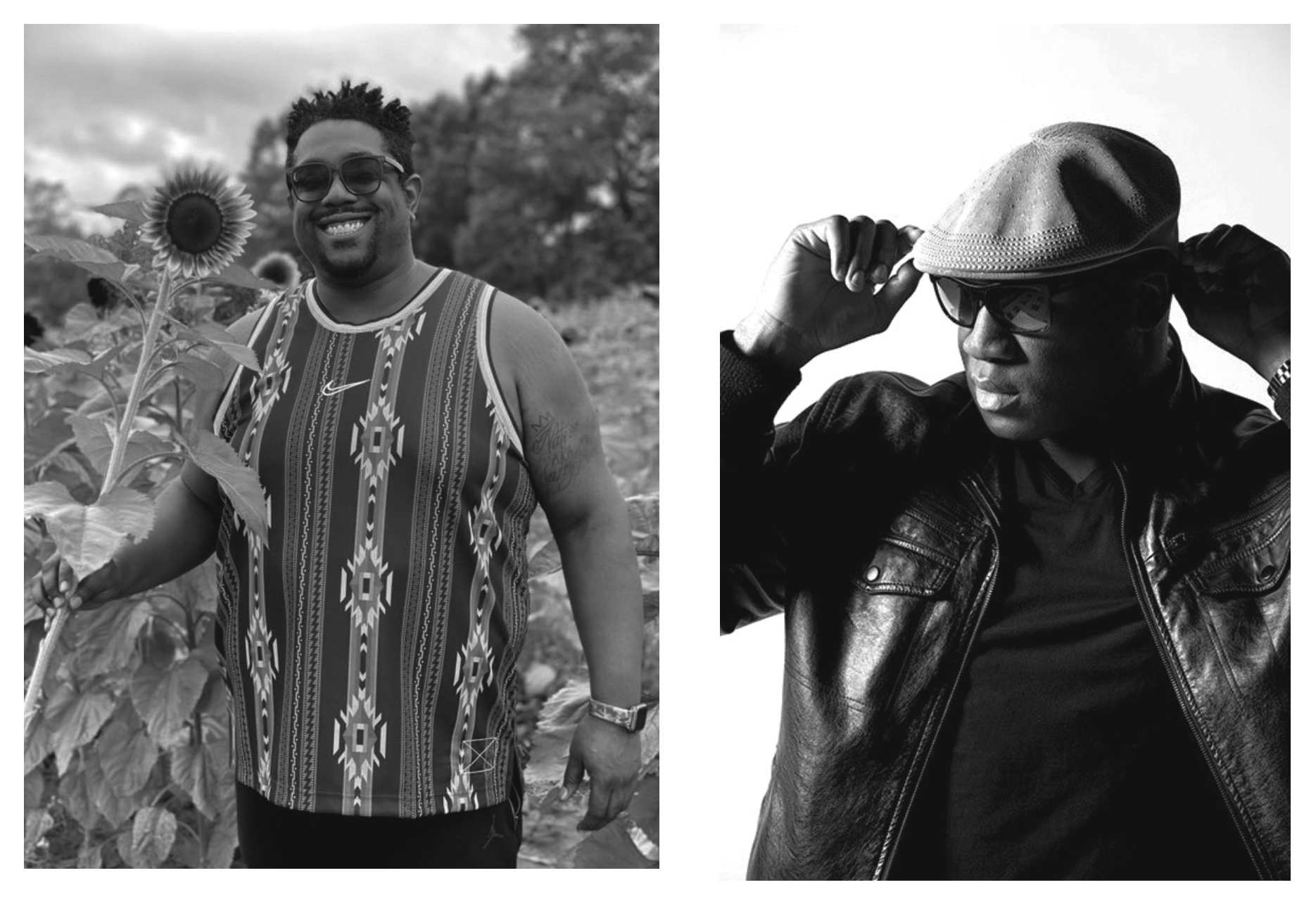 How does the music industry look from the pandemic 6-month mark?

“Big Sam” Williams: The future is in trouble. Not just the musicians—venues, promoters, everybody. If something doesn’t change soon, I don’t see how we’re gonna thrive. On tour, you’re in a different city every night you’re out on a run. And now, when you do a virtual concert, everybody in the world gets to see you [so you can’t make any money if you do it too often].

Nate “Suave” Cameron, Jr.: Sam’s right—the allure of tour is that you hit similar markets on different nights. We have a skeleton of what we wanna do, but the art is impromptu, and we feed off the energy of the crowd. New Orleans folks, it’s cultural for us to be entertainers as well as musicians. Sam, he’s not just sitting there playing music; he’s interacting with the crowd, as weird as it may be now to do that to a room of nobody. But we’re used to going to New Orleans tonight, Mobile tomorrow, then Huntsville, then Nashville… these places are all within three hours of each other, but it’s a whole new demographic of people. Eliminating those markets hurts artists that depend on them to sell records physically and digitally (whenever we’re coming somewhere or just left somewhere, streaming booms there). Most of your well-toured New Orleans artists have a HUGE and loyal international following. Most of us, that’s how we eat. Outside of festival time here at home, that’s bread-and-butter.

The timing is so awful—festivals and then touring season.

NSC: It cuts audiences off when we can’t do live performances at their prime times. If our live streams are between 6 and 8 p.m. U.S. time, in Norway that’s 3 a.m., but that’s our second-largest market. Czech Republic is our third-largest market, but it’s 5 a.m. there when it’s 6 p.m. here. And yes, you can tape things, and those people can go and see it on Facebook live and YouTube where these things live. But that live aspect is missing.

A striking distinction: entertainment vs. music. Feeling the energy of the crowd, that can’t live on the internet. Big Sam in his driveway talking to a video camera, it’s not the same. There’s a long history of New Orleans musicians going to other places to make money, and this pandemic makes us wrestle with that too. Locally, what needs to happen?

BSW: We know with a pandemic right now, we can’t be in large gatherings, but we need options outdoors: Drive-in concerts, or the smaller venues. Right now it’s nothing. You see random second lines, because cats are getting tired of having nothing to do. I’ve seen cats performing on the bayou, but it’s more tricky if you’re trying to stream too because then you need good wifi.

NSC: What we’re missing—and it’s a key time for us to develop it—is infrastructure for music business. We’re a tour-heavy place; like, you get to a certain level of artistry and you begin to export. But we haven’t gotten to the level where we come home and the art can make money while we’re sleeping (i.e. syncing, licensing etc.). And travel still has its place, but when we can’t travel, my buddies in New York and L.A. go, “Oh well, I’ll go make tracks with my buddy who does movies for Pixar;” or “I’m gonna go work on studio stuff to work on some pitches.” We don’t have: a) a lot of the studios to be able to do that for, or b) a lot of the economy/industry just to be able to create that kind of thing. Cats feel like they gotta go to L.A. or New York to get those opportunities. 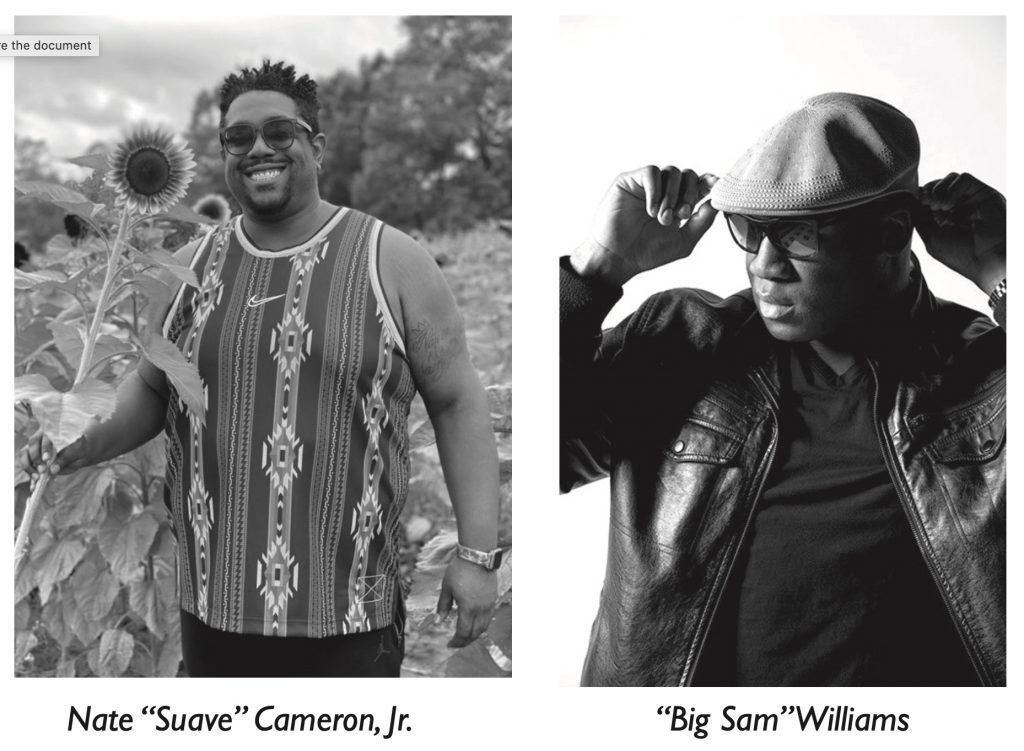 There is talk about the film industry here. But it seems like people come in from elsewhere for the tax breaks, but don’t provide opportunities?

One in seven years is not a boom.

NSC: Nope. In the city of New Orleans, there are two companies registered as music management companies. And in the whole state of Louisiana, there are less than 15 companies that specifically manage artists. That’s crazy to me. We haven’t embraced a lot of that stuff, for a lot of different reasons, but now is the time. Because now’s the time to be creating and pitching.

A lot of folks aren’t tech savvy—particularly our elders. How do they plug into this new world?

BSW: They really don’t. I give it up for Roger Lewis, from Dirty Dozen [Brass Band]. Almost every night, he’s going live on Instagram, just playing his horn and doing Q&As. And Roger has to be 80-something years old now. Because when I met Roger, he was already in his 60s, and I’ve been doing this for 24 to 25 years. But if you have no interest in figuring that out, then you’re just sitting back and waiting for stuff to come along.

What could the City and the State do to create those opportunities?

NSC: One thing I brought up to the City: in Denver, they took “roots” performers—cats who had been on the scene 15+ years (it was a lot of older cats, there was an age requirement too)—and the city got funding that gave them iPads. They could go to these classes at their musician-resource center, on how to use said iPad for their music: how to go live, how to use iRig. And this was pre-pandemic! Those cats have done well having those skills now. There is no way we can’t gather up 100 to 150 iPads, and folks that have the know-how, to provide them with that training.

Amazing! That could employ a bunch of young people too to teach them!

BSW: And then let’s come to the Jazz Fest building over on Rampart, every other Saturday and learn about it. Some of these cats don’t know how to use Zoom—legendary cats, household musician names.

So true. Any last thoughts?

NSC: Folks are slowing down right now and listening, and artists are making more deliberate and socially conscious music, and learning all these new tech skills which is good.

BSW: And right now, we have time to actually focus on music. Usually tour is just pounding.

The music industry is facing multiple overlapping crises, and musicians are trying to navigate a radically transformed landscape as they figure out how to continue to thrive and create. There are a variety of possible solutions and creative steps that the city, state, and community can take to nurture the people, practices, places, and businesses that make up the music world. This is a rare moment to re-imagine what life looks like for musicians, but we have to make sure there’s a world to come back to on the other side of the pandemic. For more resources and updates on the state of the New Orleans cultural community, go to maccno.com.