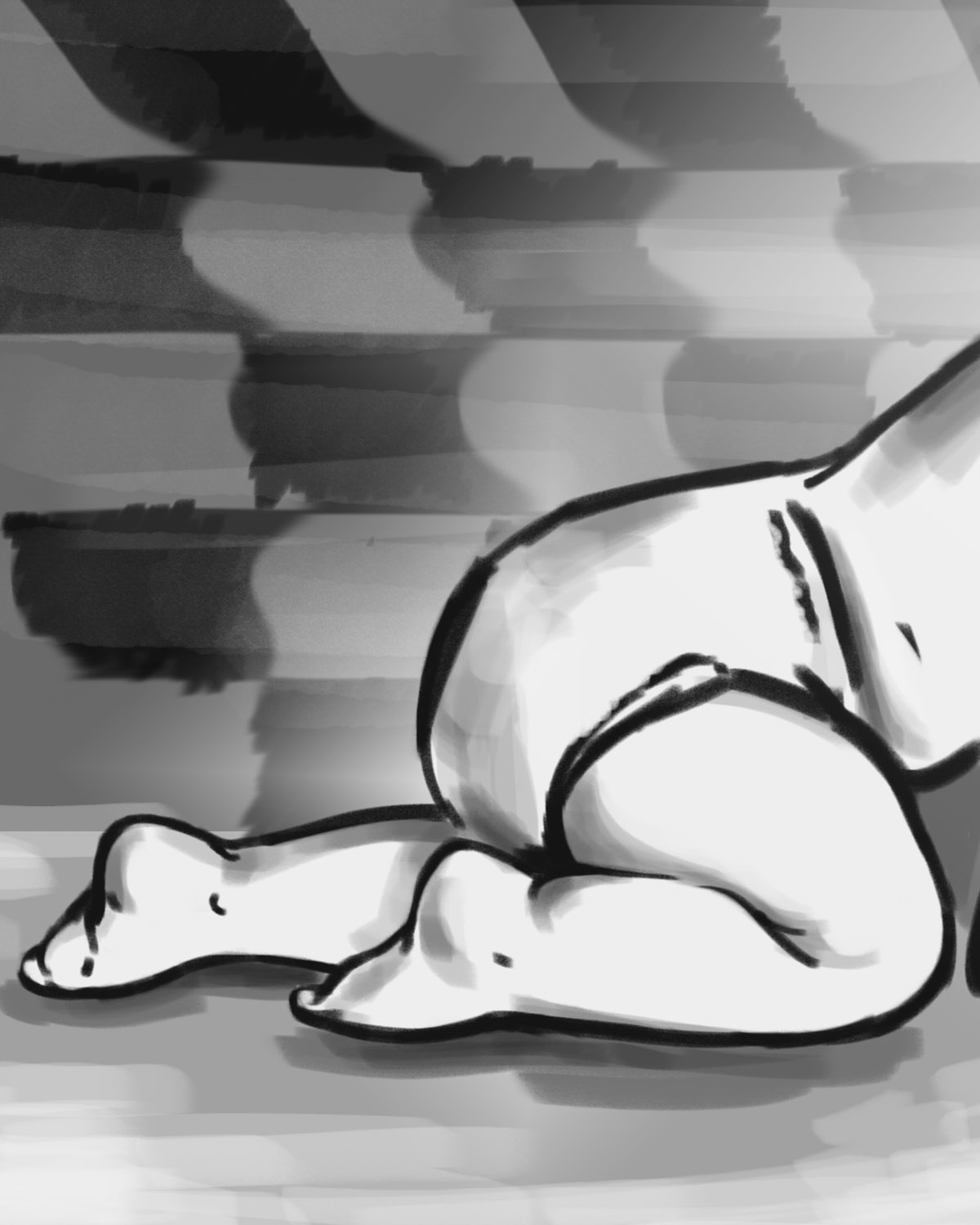 Before I had a child, I had no understanding of the true scope of physical development that babies undergo in their first year of life. When you stop to think about it, it’s insane how much we grow and change in just twelve months’ time. All kids mature at different rates though, so as much as there is a general expectation of when a baby should hit a certain milestone, it’s also a very individual journey.

I don’t know why, but in my mind I had assumed that my kid would spend a long time luxuriating in each milestone, giving us time to adjust to the new normal before moving on to the next “phase” of babydom. But somehow, I’ve blinked and he’s nearly 10 months old and all that babyproofing that we didn’t get around to has come back to bite us.

It all started on 4th of July weekend. Emmett had been able to sit up unsupported for a while (if positioned that way) and was fluidly rolling in both directions when laid flat, but he hadn’t shown any indication that he was ready to crawl. He would push up to all-fours and hang out there, seemingly frustrated at the lack of forward motion, but I figured it would be awhile before he strung it all together.

Many babies begin by “army crawling” on their bellies or scooting on their bottoms, but Emmett wasn’t having that. He army crawled for about three days before he decided that was an insufficient means of transport and he just began crawling. We were excited at first, of course. It was a creaky crawl and we figured it would be weeks before he polished it into any real form of locomotion. Again, it took him only three days to master it.

Before we knew it, we went from having a baby who could easily and safely be placed on the floor for a few minutes to one who—when backs were turned—would vanish in seconds, making a beeline for the most dangerous thing in any given room. It was not a shift we were prepared for at all.

To add to the fun, he also learned how to pull up on things, including his crib bars. We would try to put him down for naps or bedtime, only to find him scurrying to the end of the crib to climb the bars and wail at us like a drunk at last call; because while he had learned to get up, he hadn’t yet figured out how to get down! It was a tough few weeks for sleep, as he wanted to spend every waking second practicing his rad new skills. My blood is already 86% iced coffee, but that month it crawled closer to 100%.

After a few weeks of chasing Emmett around, attempting to prevent his tender skull from getting cracked, I gave up and ordered a play yard online. Known affectionately in our house as “baby jail,” this 8-panel enclosure was the best way for me to safely confine him while also giving him some room to roam. It again took about three days for him to figure out the system and soon he was pulling up on the sides and cruising around the  octagon, stepping over his toys along the way. I tried to move them once, but he got mad; it’s almost as if he prefers the challenge of an obstacle course.

“It all goes off the rails once they can walk.”

In just a matter of weeks, even that enclosure felt claustrophobic and we found ourselves trying to find a way to give him more space. At first, we decided to give him free reign of the living room and just “keep an eye on him.” It’s so funny in hindsight, but it seemed totally reasonable in the moment. Our living room is hilariously un-baby-friendly and it took no time at all for our son to exploit its obvious weaknesses, pulling records from their sleeves and snatching Muses shoes off the bookcase. It became clear to us that our only choice was to burn the house down and start over. Kidding… or am I?

Another huge wrinkle that has developed with Emmett becoming mobile is the way he relates to our dogs. Our female, Lyra, is—as we expected—so very in love with him. But she is also completely unaware of her size and we have to watch her very carefully to prevent her knocking him over. In those early movement days it was especially dicey. These days Emmett can hold his own a bit better, but her aggressive licking and loving can still overwhelm him.

Our male dog, Vito, on the other hand, wants absolutely nothing to do with this circus. He had finally seemed to adjust to having Emmett around and was reluctantly accepting of his existence, so long as he remained an immobile squish that he could quietly lie next to on the floor. Once Emmett began crawling, though, poor Vito lost his mind. He mostly employs evasive maneuvers, but every now and then Emmett will corner him on the couch and I’ll hear a small growl of warning. It comes faster than I can snatch the baby away most of the time, so I feel like I’m in an ever-present battle between letting Emmett play and protecting my sweet senior dog’s personal space.

In the spirit of everyone having their own area, we got baby gates that close off the living/dining area from the entryway (where our dogs’ crates and food/water bowls are located) and the hallway. When the dogs are feeling overwhelmed by Emmett or when they’re trying to eat etc., I will close off the gate and give them time to decompress without the threat of grubby little hands reaching for their ears and feet and tails. I said months ago that my dogs’ happiness and safety would be just as important to me once I had my baby, and I’m happy to report that’s still the truth. After all, they were my babies first. 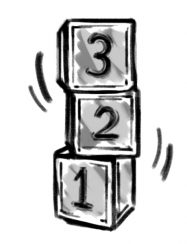 I wish I could say that my son is a cautious baby, but that would be a very large lie. He is like the Steve McQueen of babies. He has zero fear. So I have all of it for him. My husband John’s favorite line seems to be, “don’t worry—he bounces,” but strangely, that doesn’t give me any comfort. In the months since he began crawling, he has sustained a dozen or more tiny bumps and bruises, all thanks to his aggressive approach towards exploring his environment.

We were visiting my mother recently and Emmett and I were sitting with her on her bed, which is a king size mattress sitting high in a sleigh bed frame. He decided on a whim that he needed to push up on the footboard and show grandma his awesome standing skills. In mere milliseconds, he went from “Oh look, I’m standing!” to “Hey, what’s over this edge?” and he quite suddenly flipped, heels over head, off her bed. Thankfully, her Great Dane’s elevated bed was just below and Emmett landed on it, on his back, like a stuntman in an action film.

He cried out briefly, but more from being stunned than from any injury. He was cooing and smiling within 30 seconds. Nonetheless, I examined him head-to-toe for the next hour, all through a fog of tears while proclaiming myself a horrendous, negligent mother. I told John because I felt he deserved to know. I anticipated that he would be upset with me for not moving faster to stop Emmett from falling, but mostly he just thought it was a non-issue since there was no damage. I think he was also a bit proud of what a cool trick his son pulled off.

We recently went on a beach vacation with my family. It was lovely and Emmett had the chance to spend some real quality time with his cousin, Carter. She is eight months his senior, which seems like so little time in the grand scheme of things, but to watch her ease of movement was mind-bending for John and me. She is steady on her feet and not just walking, but easily running. She smoothly course corrects and when she does stumble, she simply lets out an adorable “woahhh” before getting up and moving along.

We’ve had a lot of friends whose kids were early walkers tell us to literally push Emmett down. They laugh, but then they follow it up with a very intense, “No… seriously… it all goes off the rails once they can walk.” While we aren’t discouraging this rapid-fire physical development, we certainly aren’t doing anything to speed it along. By the time I write my next column, he could be walking. But if God is merciful, maybe we’ll get until the end of the year to find a way to address the literal piles of books and records that litter our house, lest our wild bear cub of a son lay waste to them all in his quest for world domination.