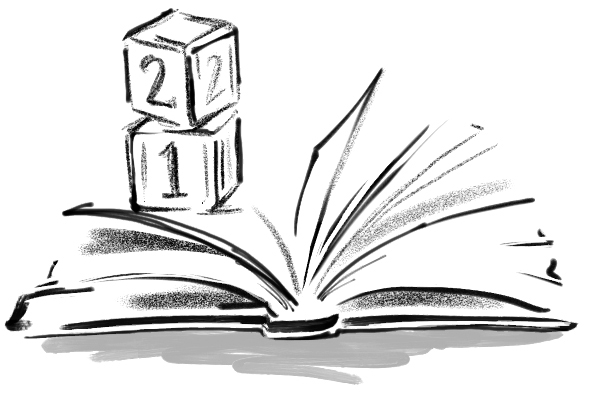 I’ve been somewhat worried about my son Emmett’s verbal development for the last six months or so. Perhaps it’s because his mother is so loquacious, but I definitely expected him to be speaking much earlier in his life. I’ve read countless times that “all children develop differently” and especially that boys tend to blossom later than girls in most ways. But I’m anxious by nature, so I still find myself worrying that he’s falling behind.

His father isn’t concerned at all, and frankly neither is Emmett. He can understand most of what we say and can sign at least a dozen words, while speaking another five to ten (though rarely simultaneously or without prodding). He often whispers words, so it seems like he’d rather perfect them and be confident before he really starts chatting up a storm. Cautious… like his mother.

He does have a new favorite word, though. It’s one he never whispers and is starting to employ daily: a resoundingly firm NO. You see, at 19 months-old, he has now become a very small adult, and therefore it’s time for us to acquiesce and let him run his own life.

Everyone says to treasure each day with your child, as they pass so fast. I can’t tell you how much I resented that phrase when I was in the thick of postpartum depression with an infant who wouldn’t sleep. And while I wake each day amazed at the strides my kid has taken in his short life, his transition from baby to toddler didn’t happen overnight. It has crept in around the corners but is now undeniable. He hasn’t lost all his squishy cuteness, but the baby fat is melting as we speak.

It doesn’t feel like it was all that long ago that my son couldn’t walk. Now he runs. I remember expressing breast milk into a juice glass and feeding him with a dropper. Now watching him eat is like watching Takeru Kobayashi shoveling hot dogs down his gullet on the Coney Island boardwalk. Emmett got a haircut recently and he just sat there all nonchalant, eating crackers and smiling at my stylist.

Along with all this insane development comes a unique personality. It’s amazing to watch a little person—one that you created with the person you love the most in the world—become themselves. I probably shouldn’t be shocked that my kid has a fiery, independent spirit. But there is a difference between being proud of that spirit and having to live in the same house with it.

I wrote last month about my struggles with learning to discipline Emmett properly. Thankfully, I have worked hard at it and had success in curbing my frustration. But now that I have that under control, I have to figure out what does work when it comes to directing him appropriately.

As I said before, his favorite new word is “no.” No matter how patiently or lovingly I word a request, if it’s not something he wants to do at that moment, he digs in his heels. The “no” is flippant at first. Then it becomes defiant, like a warning. It’s like I’m watching a little clock ticking above his head and I know a meltdown is imminent if I don’t choose the right course of action.

I’ve watched other parents over the years and I’ve seen the parent for whom every “no” is a slap in the face. The mere idea that their child would refuse their direct order is a punishable offense. On the other end of the spectrum, I’ve watched kids literally tell their parents to shut up and the parents do nothing. I am forever toeing that line between being a hardass or a pushover.

We’ve found that the best course of action for our kid is to literally ignore him. When he starts melting, if we cannot get him to calm down and redirect to something else, we make sure he’s in a safe place and then say something like, “Mommy and Daddy are going to the other room to play with a puzzle, and when you’re feeling better you can come join us.” And we walk away.

The meltdown doesn’t end instantly, but it turns out that toddlers are loathe to perform to an empty house. Remove the audience and you often remove the satisfaction of acting out. When he meets my “no” with a forceful “no” of his own, it’s so much like staring down my spirited childhood self that I have to stifle laughter. Bless my parents for their patience and understanding.

The more worrisome part of his recent recalcitrant turn, though, is that he is also becoming physical. While hitting, shoving, pushing, pulling hair, grabbing, and biting are all “age-appropriate” actions for a young toddler, they’re still scary to see. Nothing will make you worry that you’re raising a budding serial killer more than watching him chase the dog around the room squealing, “Bite! Bite!” as he tries to take a chunk out of her flank.

He got a taste of his own medicine this week at daycare when one of the other children got frustrated during a play session and chomped down on his arm. He shook it off relatively quickly; but when I picked him up that day, the teeth marks on his little forearm felt like the start of a new, somewhat terrifying phase of his life—a phase marked by brute force and fearless boundary testing.

I’m always working on expanding my arsenal of mom tools, and lately I’ve found that Daniel Tiger songs and emergency applesauce pouches are my ace in the hole. Earlier this week, with the help of D. Tiger, I was able to teach my kid how to take a deep breath and count to four. We’ve used that approximately 500 times already. I also find that many of his worst episodes can be remediated with a snack. His father gets despondent and hangry pretty easily, so I should have anticipated this.

I am gobbling up books as fast as I can read them (thanks to the readers who sent me their recommendations after last month’s column!) and trying to find what “sticks” when it comes to discipline and guidance for this very opinionated tiny man who lives in my house. But it often feels like as soon as we figure him out, he changes again. We’re barreling towards his second birthday, and I’m frankly not sure how we got here.

A dear friend of mine recently gave birth to her first child and she is going through that crazy newborn stage now and sharing some of her experiences. Hearing her pour her heart out brings it all flooding back, but it also feels weirdly distant to me. I have come to accept that while my days used to be filled with 4 a.m. feedings and tummy time, they now consist of power struggles over who gets to hold the book and the eternal fight to keep the water in the tub.

I have been kissed and slapped in the same 10 second interval so many times in the last month, I’ve lost count. My kid is living in Big Feelings City and I’m pretty sure we’re gonna be here for a while. It’s a challenge and sometimes it’s exhausting, but it’s also deeply cool.

Creating a person and helping them learn to “be” is a real head trip. And yes, every old lady in the supermarket was right: it does go by fast; so fast, in fact, that we might just be ready to do it all over again…