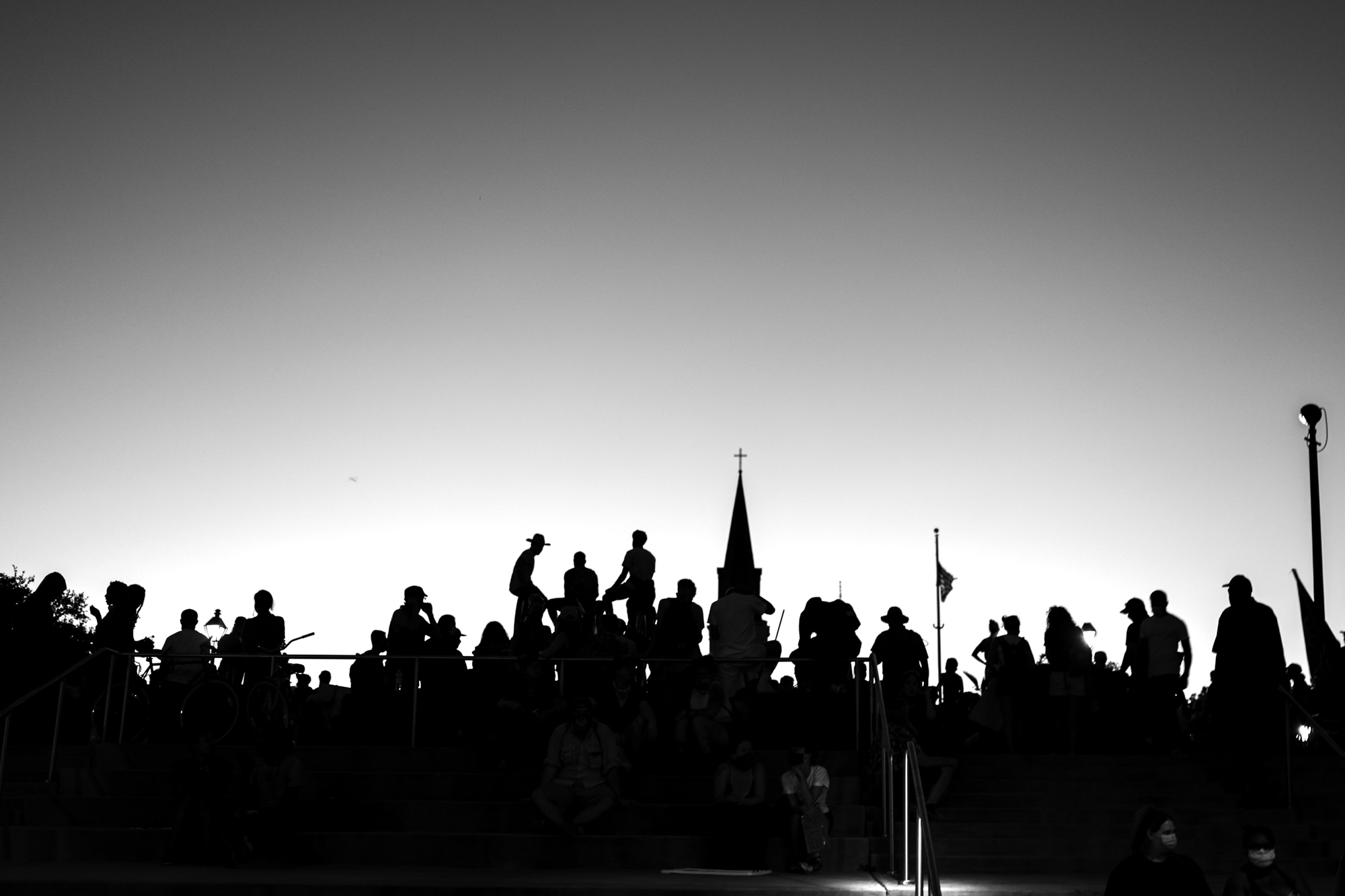 Black Lives Matter protestors gather on June 5, 2020, across from Jackson Square for an evening of healing. This followed a week of protests in New Orleans and around the country, set off by the murder of George Floyd by Minneapolis police on May 25. 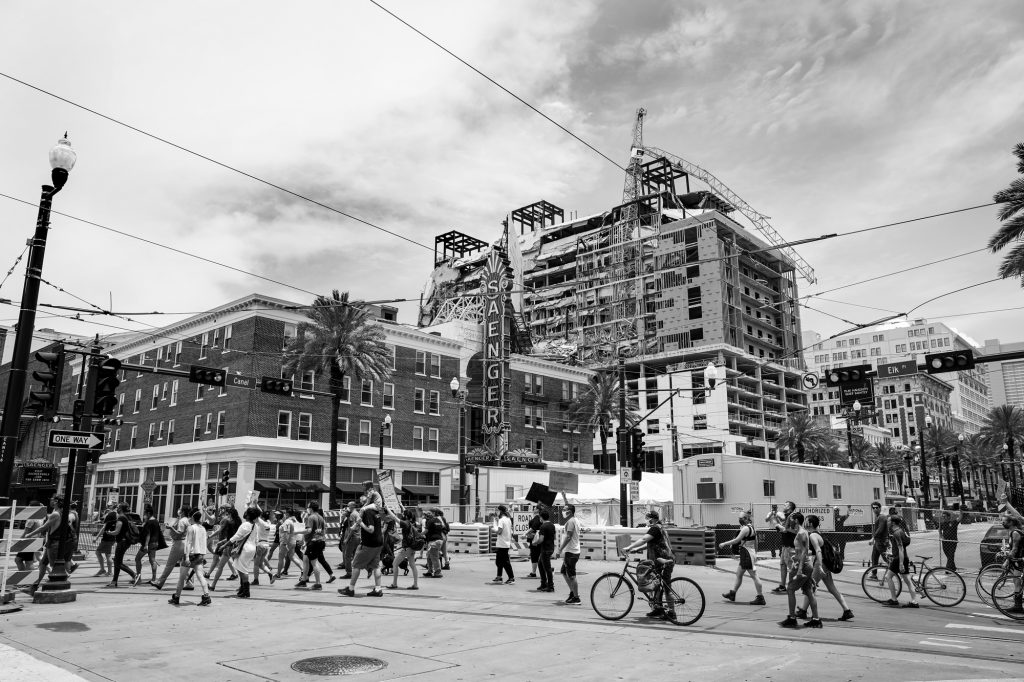 Protesters make their way to Canal Street on May 30, 2020, in a Black Lives Matter march following the death of George Floyd at the hands of Minneapolis police on May 25. The march, part of a week of action in solidarity with protesters in Minneapolis, was organized by Take ‘Em Down NOLA and the New Orleans Workers Group (now called the Workers Voice Socialist Movement). 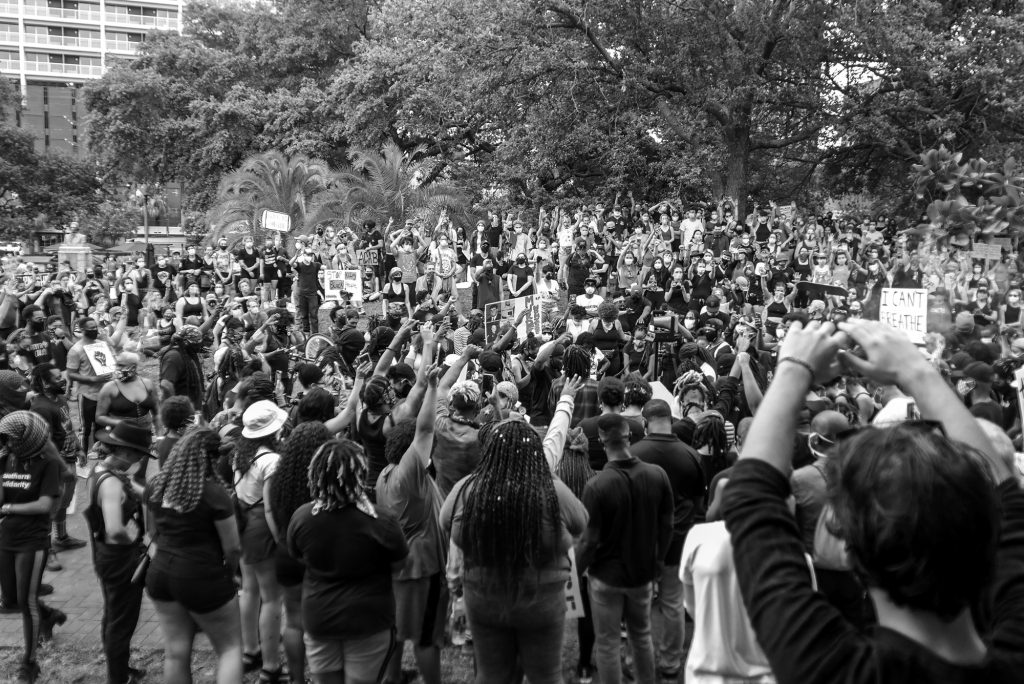 Black attendees are called to the center of the crowd for a blessing at a Black Lives Matter rally on May 30, 2020, in Duncan Plaza. The rally was part of a week of action to protest the murders of George Floyd and other unarmed Black people at the hands of police.