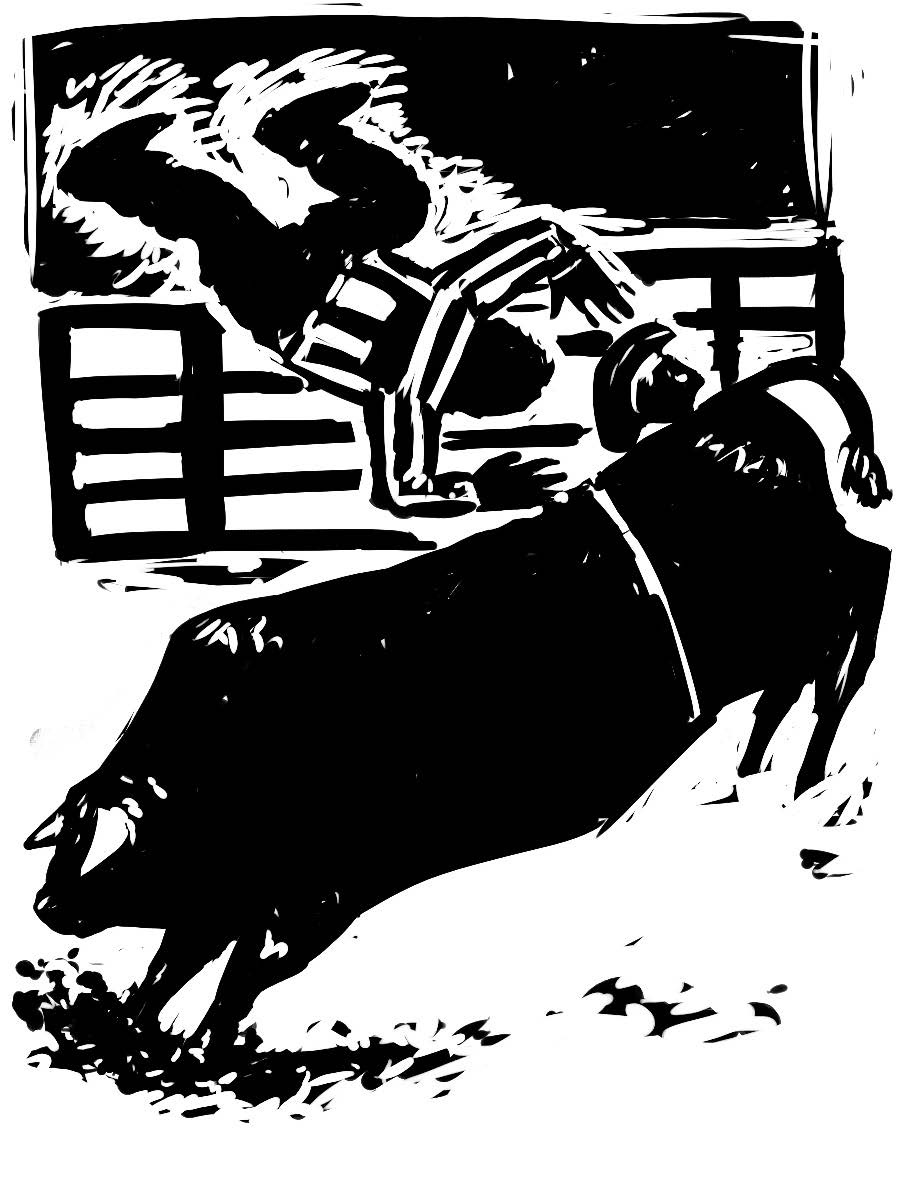 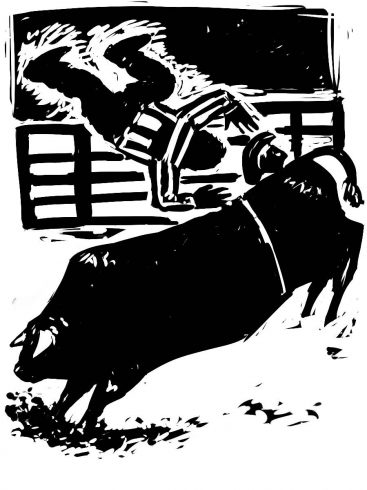 Did you know that Angola offers offenders a chance to earn an accredited bachelor’s degree?

Did you know that Angola is the only penitentiary in the US to have an FCC licensed radio station?

If you’re in a car on the way to the Angola Prison Rodeo with your radio tuned to KLSP, you’re quickly finding out lots of trivia about the Louisiana State Penitentiary, colloquially known as Angola. A DJ on the inside drawls facts about Angola, his words rolling around the car and echoing over green hills of the farm. Plump cattle with shiny coats eye the long line of cars snaking by them towards the Angola Prison Rodeo. A steely, tall guard tower, cornering high walls topped with barbed wire, is one of the few things about the scenery that really screams prison.

In 2014, the Angola Prison Rodeo celebrates its 50 year anniversary. What started as a small event for employee entertainment has ballooned into the longest running prison rodeo in the world, featuring an exciting, brutal line-up of events starring Louisiana’s inmates. The event is a place full of staggering contradictions, where the prison’s grounds are beautiful, where men serving life in prison are surrounded by applause, and where the state’s allegedly most dangerous criminals calmly discuss the merits of woodworking with you as you examine their crafts on sale. The rodeo forces you to ask yourself some ethical questions like, “Should I be enjoying watching an imprisoned man risk his life for a few hundred dollars while the rest of us watch and eat popcorn?” or “Is it really necessary to have all of these people wasting their lives in prison?”

In the sold-out 10,000 seat arena, crowds stuff themselves onto the barebones metal bleachers. Like almost everything on the prison’s property, the arena itself was designed and built by inmates. The rodeo’s events include “Convict Poker,” where four people sit at a poker table, and the last one sitting after an enormous bull charges at them wins. The table is destroyed, chairs and humans go flying through the air, and then there’s one person left holding onto his chair with white knuckles and gritted teeth. Another crowd-pleaser is the grand finale, “Guts and Glory,” where the dozens of people participating in the rodeo go into the arena and compete to snatch a poker chip that’s taped to the forehead of a raging bull. The day’s activities bleed into each other until you barely wince, when yet another bull flings an inmate through the air and he face-plants into the dirt. Ambulances wait at the entrances of the arena with stretchers ready. 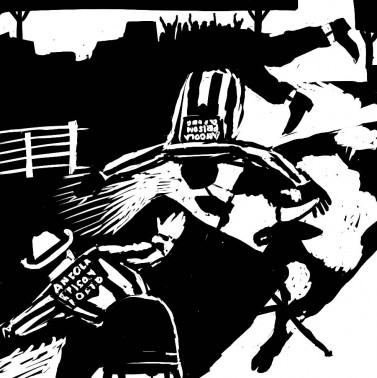 There are some non-violent events in the rodeo. A trio of capuchin monkeys hang onto the backs of border collies while dashing around to herd goats. Concession stands offer homemade food like pizza, snoballs, and pulled pork sandwiches. Proceeds from the stands go to the Inmate Welfare Fund, which pays for the many educational and recreational programs at the prison. The craft festival features delicately carved furniture, jewelry, leather goods, and more. Louisianians often attend the festival just to get their hands on well-made furniture that they can buy cheaply by haggling with the craftsmen on the inside. These craftsmen sell the crafts either on the floor, mingling with the visitors, or from behind a wire fence. Their white jackets say “Rodeo Worker” on the back, but the rodeo announcer and signs consistently refer to them as “offenders” as a constant reminder that they have committed serious crimes. Sentences are harsh: roughly 73% of Angola’s over 6,000 inmates are serving life without parole. The average sentence for the rest is 90.9 years.

This spectacle is every bit as absurd, violent and strange as the Louisiana prison system itself. After all, Angola is the most populated prison in the most incarcerated state in the most incarcerated country in the world. The evidence of this massive prison economy is at its most explicit on this expansive farmland, where the inmates’ work results in a farm that feeds several prison populations. The workers, meanwhile, are compensated between 4 cents and 20 cents an hour (as of 2008). That’s not a lot of money and it’s definitely not a lot of money when you consider that half of those wages are kept for after their (very unlikely) release or the fact that most prisons in the United States have inflated prices for canteen items. It’s a place where the electric chair has not just been tossed aside, but immortalized in a museum where people can take tours to visit “Old Sparky”. Since Burl Cain has been warden, violence has decreased and there’s more quality-of-life programs like the radio station, yet those too are harshly contrasted against inhumane conditions like long workdays in the fields, reported beatings, and temperatures in death row that regularly exceeded 105 degrees Fahrenheit. None of this is apparent when Joe the woodcutter smiles at you and patiently describes his work in detail, pointing at carvings of a bucking bronco and a tranquil landscape.

On the road home, pick-up trucks loaded with wooden furniture are sprinkled throughout the long line of cars waiting to exit. Children doze in backseats, knocked out after a busy day at the rodeo. Family members, who often attend the rodeo to see their loved one, sit quietly in their cars as they inch their way towards the gates. If their radios are tuned in to KLSP, they hear the prison’s DJ speaking. Like most of Angola’s prisoners, he will probably die here and be buried inside a coffin crafted by his fellows. By the time the car reaches St. Francisville, there’s nothing left but white noise.