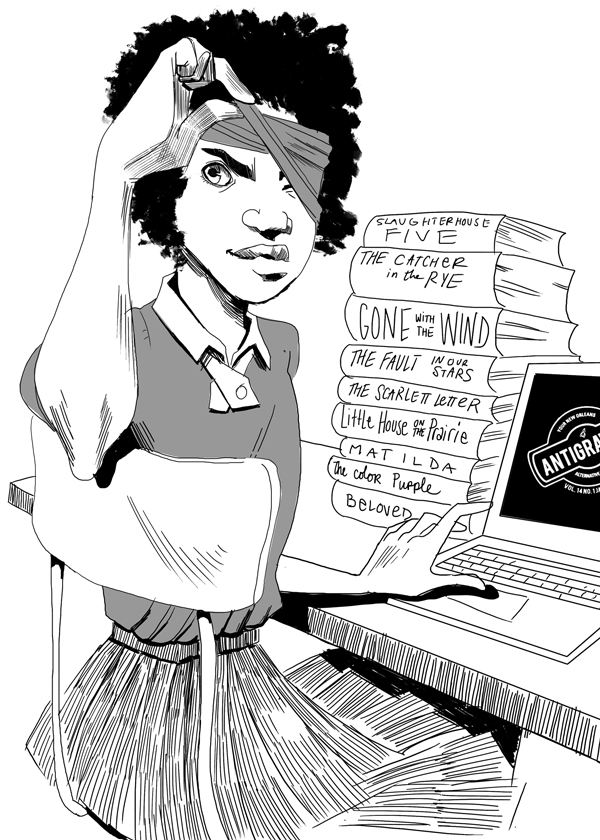 Last summer, the Louisiana legislature passed House Bill 153, which made it a crime to publish anything on the Internet that could be deemed “harmful to minors” without verifying the age of everyone who wished to see it. Violators could be subject to a $10,000 fine. The law defined “harmful” to include any “depiction, display, description, exhibition, or representation” of any kind of sex (a definition which encompasses far more than what most people would consider “obscene” or “harmful to minors”). When H.R. 153 was being considered by the legislature, Media Coalition (a First Amendment advocacy association) submitted detailed comments which made clear that the bill violated the Constitution’s protection of free speech. Nevertheless, H.B. 153 passed both houses with no objections, and was signed by then-Governor Bobby Jindal. Perhaps the legislators who unanimously voted in favor of the law figured no one would notice. Unfortunately for those nearsighted lawmakers, but quite fortunately for the people of Louisiana and anyone who respects our First Amendment rights, others did take notice.

David Horowitz, Executive Director of the Media Coalition, led the challenge by a group of Louisiana and national plaintiffs that included ANTIGRAVITY, Garden District Book Shop, Octavia Books, American Booksellers Association, and CBLDF. The bookstores were involved because the law extended to written text as well. Thus, a description of a book like Catcher in the Rye on the store’s website could be grounds for violating H.B. 153. The plaintiffs were represented by Dentons US LLP (counsel to Media Coalition), the American Civil Liberties Union, and the ACLU of Louisiana.

The law had other problems, not the least of which is that material considered harmful to a 12-year-old may in fact be appropriate for a 17-yearold— yet the law made no distinction regarding access to such material for anyone under 18. Additionally, the law seemingly included materials published on Facebook, Twitter, or Instagram, requiring anyone in Louisiana who uses social media to verify the ages of anyone who views their posts, even if their accounts are private and they know that no minors have access.

The Media Coalition and ACLU filed suit against the State on November 4, 2015 in federal court. The lawsuit charged that H.B. 153 violated the First Amendment of the United States Constitution because it created the risk of self-censorship and chilled the exercise of free speech rights. The court quickly issued a preliminary injunction, preventing the State from enforcing the law. In defending the law, the State weakly argued that the burden on a website is lessened because it could circumvent the law’s age-verification requirements by having an individual physically outside the state upload any “harmful” material to its website. But that interpretation made the law even less effective. And, of course the law was also completely ineffective because it could not prevent teenagers from seeing materials published on the internet from outside Louisiana—not to mention teenagers residing in the state could attest to being older than they are, which is a violation under a separate Louisiana law.

The Court found that the law would do nothing to actually keep harmful material out of reach of minors in Louisiana, but instead simply impose burdens on outlets such as ANTIGRAVITY. The Court stated that to avoid criminal prosecution, the plaintiffs might be inclined to apply the age-verification process in an unnecessarily broad manner, or stop publishing material that could be deemed harmful to minors. “A possible consequence of the chill caused by [the law] is to drive protected speech from the marketplace of ideas on the Internet,” the opinion reads. After the Court granted the preliminary injunction, the State decided that it would no longer defend the law. On October 7, with the State’s consent, Chief Judge Brian Jackson signed an order permanently barring enforcement, bringing victory and relief to ANTIGRAVITY, the other plaintiffs, and others affected by the law.

We at ANTIGRAVITY are grateful to the ACLU, CBLDF, Media Coalition, and the other plaintiffs for their participation and hard work in rebuking this threat to our First Amendment rights. But at the same time, we can’t help but wonder how much time H.B. 153 took away from the citizens of Louisiana. What useful, constructive legislation was ignored or abandoned while this law was being pushed through? And what other ill-conceived, irrelevant, poorly-written, and ultimately doomed laws are clogging up our system right now, standing in the way of rebuilding our state? —AG STAFF (illustration by ERIN K. WILSON)