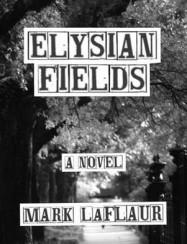 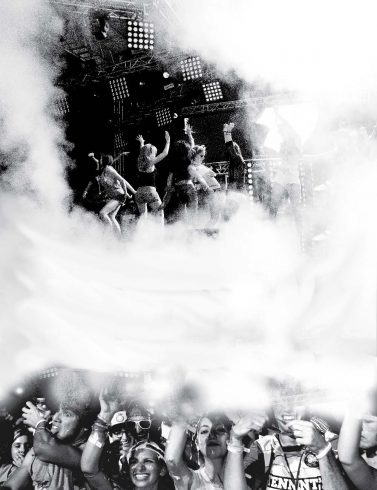 Some people might look at the dilapidated portion of the Lower Garden District and say, “Bulldoze.” Winter Circle Productions said “BUKU.” Tulane graduates Reeves Price and Dante Dipasquale founded WCP in 2008. In a phone interview, Price explained the identity of the two-year-old BUKU Music + Art Project. The festival, which is located in the downtrodden section of the Lower Garden District, debuted last year as WCP’s first major festival.

Like Voodoo’s attachment to its Halloween date in City Park and Jazz Fest’s association with the Fairgrounds, BUKU’s identity is tied to the post-industrial wasteland of the LGD. In the 1800s, this riverside area was the center of New Orleans’ soaring textile industries. Today, it is a patch of warehouses, shuttered factories and empty lots. The festival’s main stage is named in honor of the abandoned Market Street power plant that towers above it.

While BUKU’s location hasn’t changed, this year’s line-up is more mature and diverse than 2012’s. The inaugural BUKU centered its line-up on EDM and hip-hop. EDM, the vaguely-named genre that includes dubstep and other beat-heavy electronic music, tends to overshadow its neighbors at festivals with loud bass, neonclad audiences and vibrant visual sets. The 2013 festival presents a more thoughtful line-up that consists of jam, indie, rap, EDM and the self-described “psychedelic polka” band Primus. Headlining hip-hop artists Kendrick Lamar and Kid Cudi will sell a lot of tickets, but the rest of the line-up focuses on quality rather than genre. In fact, many acts defy categorization. Festival favorite STS9 is a five-piece band with a serious light show and heavy electronic beats. Big Gigantic pairs trembling wub with a saxophone. Alt-J combines quirky synths with an array of pop, folk and indie influences. After speaking to Price, it’s apparent that BUKU is a deliberately crafted event whose line-up, branding and theme are carefully constructed by the WCP crew.

What’s the significance of the festival’s location?

Reeves Price: The location is really at the heart of the identity of the event in our eyes. BUKU to us means it’s industrial, raw and a blend of the old and the new in terms of the general feel. That industrial wasteland area where it’s located really inspires us artistically and creatively for the event. The production and the art elements are taken from that area.

How did you decide to pull in that post-industrial vibe as a theme? It could have easily been a Carnival-themed event, given the Mardi Gras World location. Why choose this area?

The people involved weren’t really interested in… I guess what some could call the neon lifestyle and the standard bright lights, big city look that is a lot of these major and mainstream EDM festivals. We had a lot of EDM last year and this year it’s still a heavy component and has that kind of décor. But we’ve opened up to a lot wider range of sights and sounds and it’s really just what we like.

Can you talk a little bit about the third stage added this year?

The stage is going to be placed in what’s called the Float Den, which is where Mardi Gras World manufactures a majority of the floats for the parades. There’s going to be actual Mardi Gras floats inside the warehouse. It’s where a lot of the EDM stuff is going, so it will have EDM-style production but it will also integrate the floats and props.

After a successful first year, the second year of a festival can grow exponentially in terms of attendance. For instance, Hangout 2011 was an intense year and seemed to challenge its operations team. How do you make sure the festival grows but doesn’t get out of control operationally? 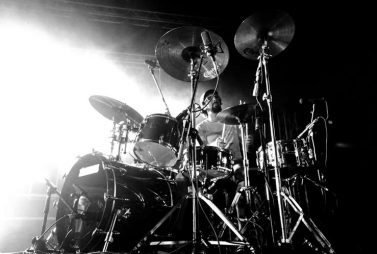 This year, the amount of people that are working on the event from last year has increased probably five to tenfold. The number of events and years of experience—if you totaled them up from people on the staff on this year versus last year—it’s probably a hundred times more than it was last year… At the heart of this to us is that we really want this to be a small festival with a big festival level of production and feel. The capacity is much smaller than a lot of other events. We’re not jumping to a 50,000-person Coachella. But we are going to more than double in size. There’s certainly going to be some growing pains, but we’re trying to bring in people who have more experience and have done bigger events and can see issues and point them out to us.

How have you used your previous festival experiences as fans to create the vision for BUKU?

You do just that. You use those experiences. You say, “if I was a fan, what would I want? What do I care about? What makes an event great for me? What breaks an event for me? What am I looking for?” 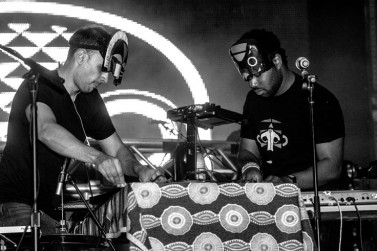 Do you have any specific festivals or events that you looked at and said: I want this element?

There’s definitely a lot of events. I’ve been going to festivals personally for a long time. The most inspiring thing for me was going to the second Bonnaroo and seeing that whole thing happen. That changed my whole perspective on how to experience music live to begin with. I think Hangout is a really top-notch event. I love a lot of stuff that Coachella does and that our friends at Counterpoint and Bisco and Lights All Night do. We look at the European festivals. Something like Tomorrowland is obviously inspiring and the level of production they put on there is certainly top-notch. Electric Daisy Carnival and Ultra Music Festival are always up there in terms of production quality that they deliver. We look at a lot of the designs and art elements that they’re working with and we’re inspired by that… I’ve been to too many events that are just exhausting—especially festivals, that are just hot and uncomfortable and there’s nowhere to pee and nowhere to get a drink. That was almost the norm for a few years; it was about that rugged experience. We want something that’s going to be comfortable and convenient and [where] everybody—not just the ones who are in the front and willing to wait on the rail for five hours before a performance—can have a good experience. There’s something about a festival’s second year that is really magical. It’s when you see if this is coming back or not. Absolutely. The second year is big. The first year is when you get yourself out there, bust your chops and hopefully deliver a product that receives good feedback and attracts the interest of other potential partners and brands that will support you in year two or three.

Your line-up pulls acts from a lot of different genres. You have Lettuce, a lot of EDM, a lot of hip-hop. What’s the string holding it all together?

Good music, I guess? [Laughs] It’s all stuff that we think is good and interesting and relevant in some way. When we put together the bill, we don’t necessarily think about what everyone else wants. I mean, we obviously have to think if we can sell some tickets, but for us the inspiration is that we want as many people as possible to like as much stuff on the bill as possible and we want to like everything on the bill, too. We want to book artists that we want to support and that we think are good artists pushing some boundaries, whether it’s Primus, a 25-year-old punk outfit that we still think is relevant today, or somebody like Flying Lotus that comes from the completely opposite end of the spectrum. I think the common thread is nobody can deny that both of those guys are amazing musicians and play interesting music.

You sound like you have a lot of trust in the attendees. You trust that if you choose good music, then people will come. 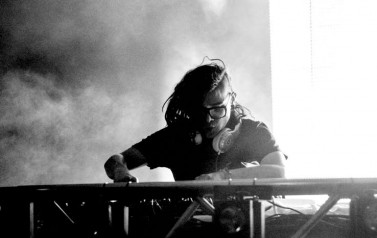 We’ve been doing shows down here for a while, so we don’t devalue the concept of a good party. We want the fans to want to come and enjoy the music that they’re seeing. We might think that some avantgarde, classical composer might be good music; and maybe we will book some classical composer one year and throw him in the middle of the electronic stage and see what happens, but we do trust the fans. A lot of people don’t know what they like until they experience it. A lot of people don’t know what they like until their friends tell them to like it. We want to be friends with our fans and to a certain degree we want to tell them what to like. We want to expose new things to them. But we also look and listen for what they want to see and hear as well.

How do you make sure the art part of the festival isn’t overshadowed by the music? 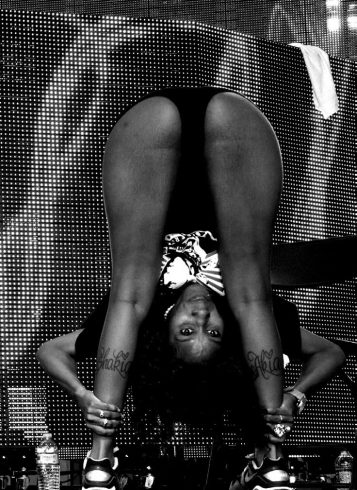 That’s a question a lot of people ask, especially when they look at [BUKU’s name] and go, “Oh, BUKU Music and Art Project. Hm. What’s up with that?” That term is very loosely used. We have a dedicated art department for the festival, so year-round we’re coming up with themes and designs and concepts that we can build and have the festival that are one-of-a-kind and interactive and hopefully serve a purpose in some way but also enhance the experience of the festival attendee. It’s all more-or-less inspired by that sort of industrial nature of the site and the location of the event. We’ll have a couple new pieces this year and I can’t reveal what they are yet, because we won’t do that until we’re at the event, but we have a couple big ones and a couple of interactive pieces and some other things sprinkled in there.

What was the biggest risk WCP took this year?

Either spending way more money and making the festival bigger or… yeah, that was the biggest risk.

What are you looking forward to the most in the line-up?

If construction continues as planned, the Lower Garden District is going to get a facelift in the next few years. How would that affect BUKU?

That part of town kind of needs that. As much as I like the way it looks and feels right there, it needs revitalization. We only want to help that, as opposed to try and fight it because we think our festival looks cooler in that area all torn up and shit. We are aware and we are watching it. We’re paying attention.