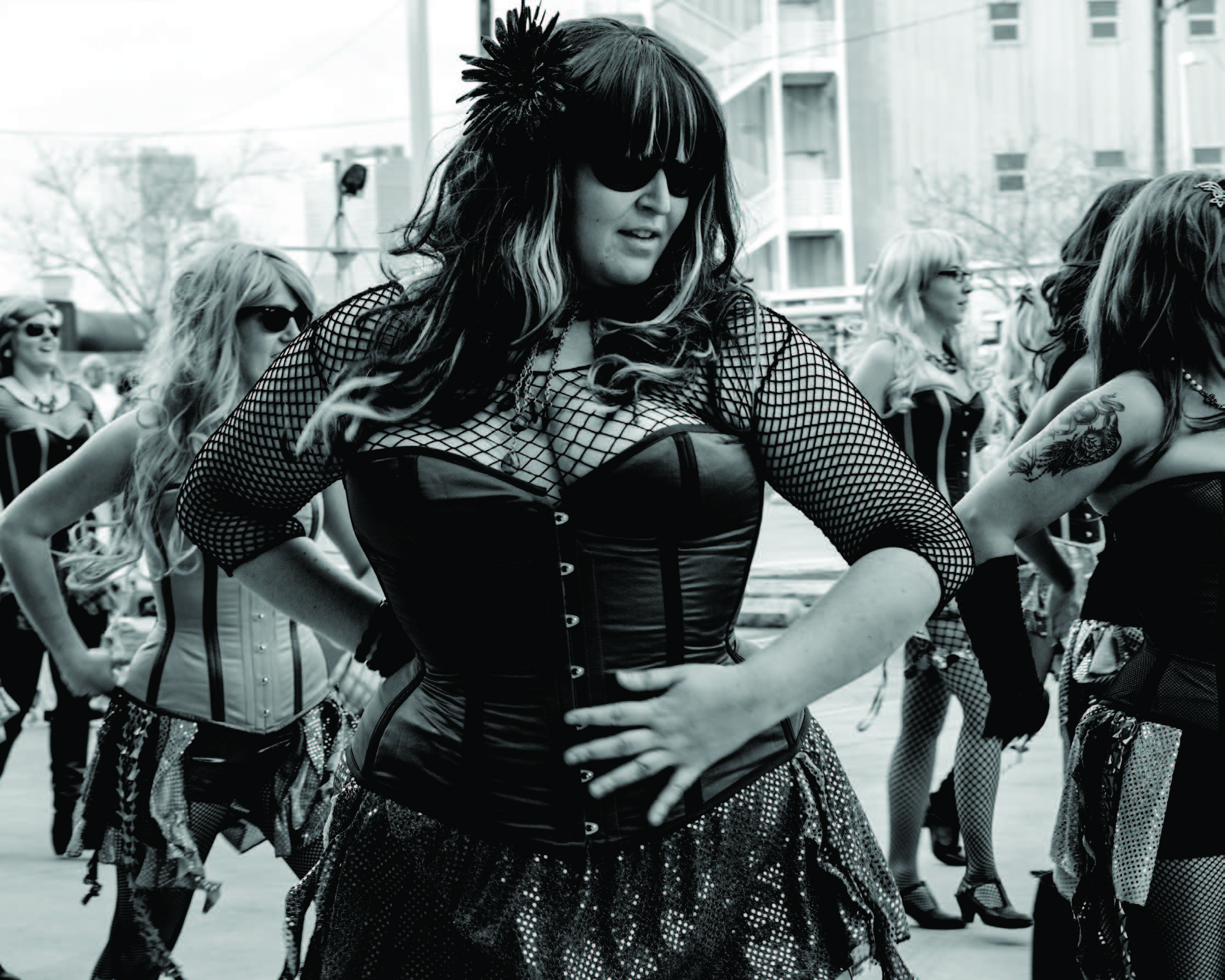 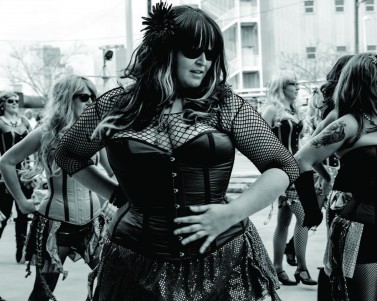 In other news that may surprise you, dear readers, I was once a dancer. It seems most parents enroll their little girls in ballet at some point, though for most it’s a shortlived phase to pass quickly through. For me, it became my life. I once wrote a registered letter to Mikhail Baryshnikov and cried when I received a slip showing that his personal assistant had signed for it. This was the level of my fanaticism. For the lion’s share of my childhood, I spent most of my time—outside of school that is—in a dance studio. I studied tap, jazz and modern styles as well, but my passion was wound up in those square wooden boxes I twirled around the floor on. Put on pointe at the tender age of 9, I devoted myself for many years to a dream that would never be realized. Puberty came and with it, my parents’ genes began to express themselves. I got broader, taller and woke up one morning to a mammary situation that shocked me speechless. Needless to say, my dream of being a prima ballerina in the New York City Ballet was snuffed out. I was eventually told by a callous (and rather portly) dance teacher of mine that I was simply “too fat to dance” anymore. I walked away from my love/my life, brokenhearted and just plain broken.

For many years, I shifted my passions into writing and music. Grateful as I was for those new loves, I often found myself nostalgic for the days where I could express myself through movement as well as words. I had long been familiar with the all-female Mardi Gras dance krewes and while I always enjoyed seeing them on the route, I never considered joining up. That is until I first spotted the Sirens. Decked out in corsets, wigs and glitter galore in a dreamy palette of greens, blues and purples, they were instantly my favorites. You see, I’ve deeply harbored dreams of being a mermaid since childhood (holla if you also played your copy of The Little Mermaid on VHS so much that it broke!). I decided at that moment I’d give it a try and audition. And then… I promptly chickened out. Another year and another carnival would pass before I found the nerve to walk into a studio on Adams Street in the spring of 2012, far more nervous than I had any right to be, and put it all out there for a group of women I’d never met, allowing them to, well… judge me.

However, it was comforting to see so many other grown women sweating alongside me. I wasn’t the only one nervous. I’ve had people try to compare being a Siren to being in a sorority and I suppose there are spots of overlap, but I never once felt like we were treated with anything but genuine interest and respect by all the returning members. There was no cattle call filled with fake smiles. We learned some (pretty difficult) choreography and even had a chance to sit and chat with each other and some returning members about what we could bring to the organization. Over 100 women had shown up and we were told there weren’t a ton of spots available, but we’d all be contacted within 48 hours either way. I went home pretty sure it was a “no,” based solely on the number of women auditioning and my notoriously pessimistic view of my own abilities. So you can imagine how shocked I was when, just half an hour later as I was making a turkey sandwich, I got a call from the chair of the Sirens, extending an offer of membership to me. I, of course, said yes and proceeded to squeal more than was probably appropriate. The next nine months would prove to be so very worth the stress of that audition day.

While Mardi Gras is the bread-andbutter time for dancing krewes, many of us practice nearly year-round. We began with spring training to drill the dances returning members already knew by heart. It was a great time of getting to know the other “rookies” in the group and it was, for me, the beginning of some very fruitful friendships. Most of the summer was spent participating in philanthropy events, including fundraisers for the New Orleans Maritime Heritage Foundation and hands-on clinics and events with Girls First (an organization that provides life skills to at-risk young women using the tools of physical activity and team sports). We were fitted for our corsets (custommade by the designers and seamstresses at Dark Garden Unique Corsetry in San Francisco) and began pulling together the pieces of our individual Siren personas. Fifi Mahony’s crafted a gorgeous wig for me in a lustrous, two-tone purple with a bit of a Priscilla Presley lift at the crown. My Christmas wish list filled up with colored fishnets, body jewels and eyeshadows packed with glitter. It was drag queen-stripper heaven, really.

Fall is when practice began in earnest. Twice a week since September, we’ve gathered as a group to fine tune almost a dozen pieces of sultry, sassy choreography set to tunes as varied as Lady Gaga’s “Americano,” a bitchin’ cover of Nancy Sinatra’s “These Boots Were Made For Walking,” and—my current personal favorite—the Black Keys’ “Gold on the Ceiling.” It’s been great to dance off the stress of a bad day with a room full of like-minded souls and if I do say so myself, we look pretty rad. Through the Sirens, I got the chance to perform at the NO/AIDS Gala in December, where I met Mad Men’s Bryan Batt and had an old gay man that I could’ve sworn was a resurrected Truman Capote tell me that I was his absolute favorite: “You were amazing!” he crowed at me. Hello selfesteem boost! That same month I was also honored to be a guest performer in The Abandoned Heart Circus, an original show by local professional dance company Avatar Movement. Just a few weeks ago, we strutted through the Nyx ball to a screaming crowd of revelers. It was the first time many of us first-years had gotten to really feed off the energy of a crowd and it’s safe to say we had a blast! We hope to get the same reaction as we lead off their second annual parade this year. I owe a great deal of my sanity and joy to the Sirens as an organization and to some of the wonderful women I now call good friends. We have teachers, tech nerds, stay-at-home moms, nurses, engineers, pharmacists, personal trainers, doctors, actresses, chefs, photographers, lawyers, physical therapists, health educators, small business owners, marketers, costume designers, high-powered businesswomen and everything in between. I can’t wait to parade with these bright, hilarious women and I think if you keep your eyes peeled, you’ll see we’re having the best time doing it. And I’ll go ahead and be biased and say we’ll look the best too! So if you see us passing by, don’t be afraid to bust out a little shimmy for us. We openly encourage the rampant shaking of everything your mama gave ya!

You can catch The Sirens of New Orleans in the Mystic Krewe of Nyx on Wednesday, February 6th and the Krewe of Orpheus on Monday, February 11th. For more info, visit sirensofneworleans.org or facebook. com/SirensofNewOrleans