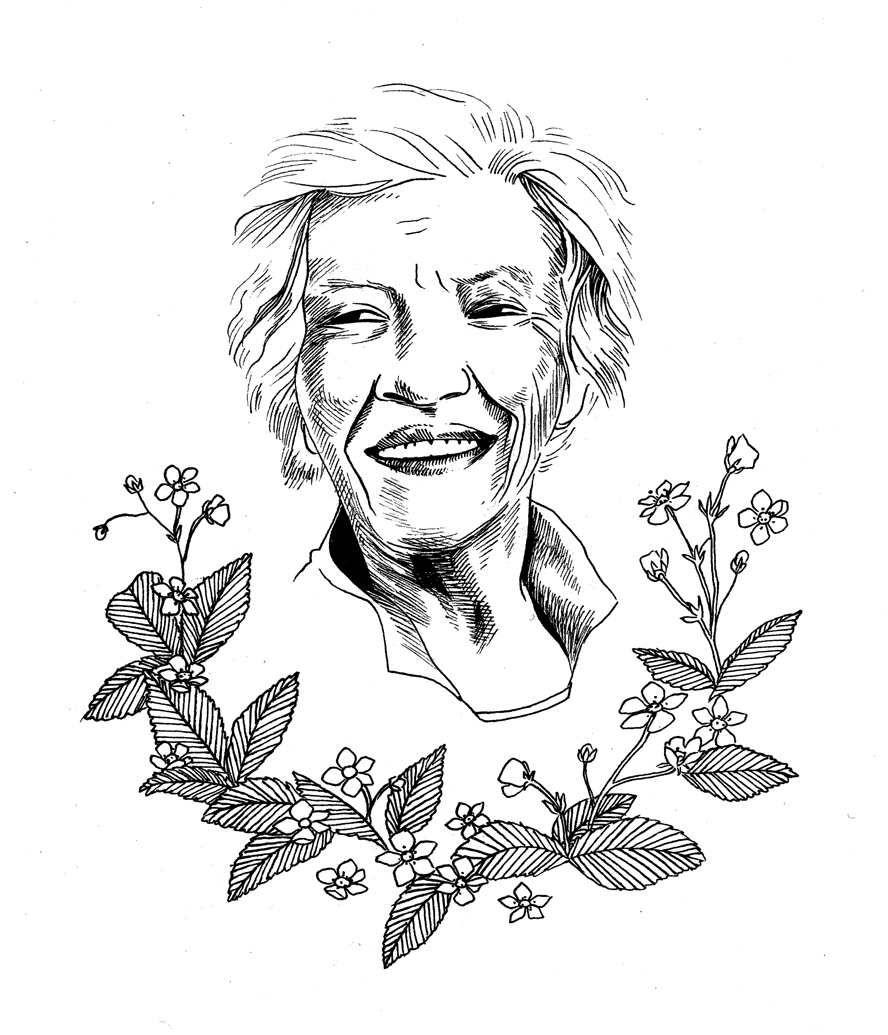 I went to St. Louis No. 3 to visit you yesterday, but had trouble finding you. Like most men, I was too proud to ask for directions, and I figured your spirit would guide me. It was humid—searing, actually—like only a restaurant kitchen or a New Orleans summer day could be. After walking the long white marble aisles and ducking in and out of mausoleums, I eventually asked a woman who was near the gate. She pointed down a row that I hadn’t explored (or maybe I had).

Your name wasn’t on the grave when I got there. The wound was too fresh, etched only on our collective consciousness, and not yet the marble door of the vault. I was happy to see Mr. Chase’s name, Edgar L. “Dooky” Chase, Jr., on the left side of the vault, like sides of the bed, and I was happy that you were lying next to him again. I know you missed him.

I met you later in your life, long after you left Madisonville, long after your days at St. Mary’s and The Colonial Restaurant and The Coffee Pot. You were already a hero of the Civil Rights Movement, the Queen of Creole Cuisine, a figure who weathered the literal and figurative storms in the city of New Orleans and emerged on the other side stronger, more determined. And to a nervous, awestruck chef from New Jersey—a new New Orleanian—you offered friendship and support.

The first time we met was in the dining room of Dooky Chase. The Gold Room. It was January 2012. I wasn’t even living in the city yet (that would come a few months later). But I had heard about the fried chicken at Dooky Chase. When you came into the small, original dining room, I almost fell out of my seat. I have no idea what you said to me, but it left an impression—just like the fried chicken, which I still consider to be the ne plus ultra of fried chicken. Even after you told me how you did it, I still can’t do it.

Visiting you in the kitchen became a habit. Chef Mary Sonnier introduced us properly, I think. I never got over being slightly nervous in your presence. Mary and I enjoyed so many lunches in the dining room, punctuated by visits to your kitchen to converse. We especially liked Fridays when you had the whole fried catfish.

Sitting in your kitchen, listening to you talk was like going to church (I know you would find this blasphemous), but not in a solemn way. Those experiences were always joyful and incredibly funny. I will always remember your sense of humor and tack-sharp wit. I almost fell over the day you told the story about Beyoncé. I imagine she almost fell over too. Not too many people are going to tell the biggest star in the world that her outfit was a little too skimpy. But you could say anything to anyone with a smile. And when President Obama—the leader of the free world—attempted to put hot sauce in your gumbo, you slapped his hand. No improvement was necessary. No one ever tried you.

The best day of my life as a chef was February 21, 2016, when you came into Press Street Station with your daughter Leah for brunch. Catfish and grits with Creole barbecue sauce and oysters fried hard—I still remember your order. You never forgot it, and every time I saw you after that you asked me when I was going to make you that catfish again. I meant to do it a few weeks ago but ran out of time. I’ll always regret this.

You spent 75 years in a restaurant kitchen, doing the quotidian and the extraordinary. You won a James Beard Award (and you should have won more, but Black women chefs are only now being recognized by that body). You cooked for Ray Charles, Dr. Martin Luther King, Presidents G.W. Bush and Obama. You also peeled potatoes and washed dishes. You tasted everything. You assumed nothing. You were a chef’s chef.

The last time I saw you, I brought my son along. He would eat stuff in your restaurant that he would never eat at home. He knew greatness when he saw it. I was interviewing you about Gumbo Z’herbes, which is probably something you spoke on a thousand times, but you still had time for me. You were always generous with your time. You seemed smaller that day, but not diminished, just a little less vibrant—until the end of our discussion, when your face lit up while talking to my son. You loved young people and you loved learning.

I’m going to miss your smile. Miss walking back into the kitchen to say hello. Miss the days when restaurant operations were going less than stellar and you’d say, “Chef, would you like to buy a restaurant?” Miss learning about the city we both love so much. You taught me more than you’ll ever know, and my admiration for you is endless.