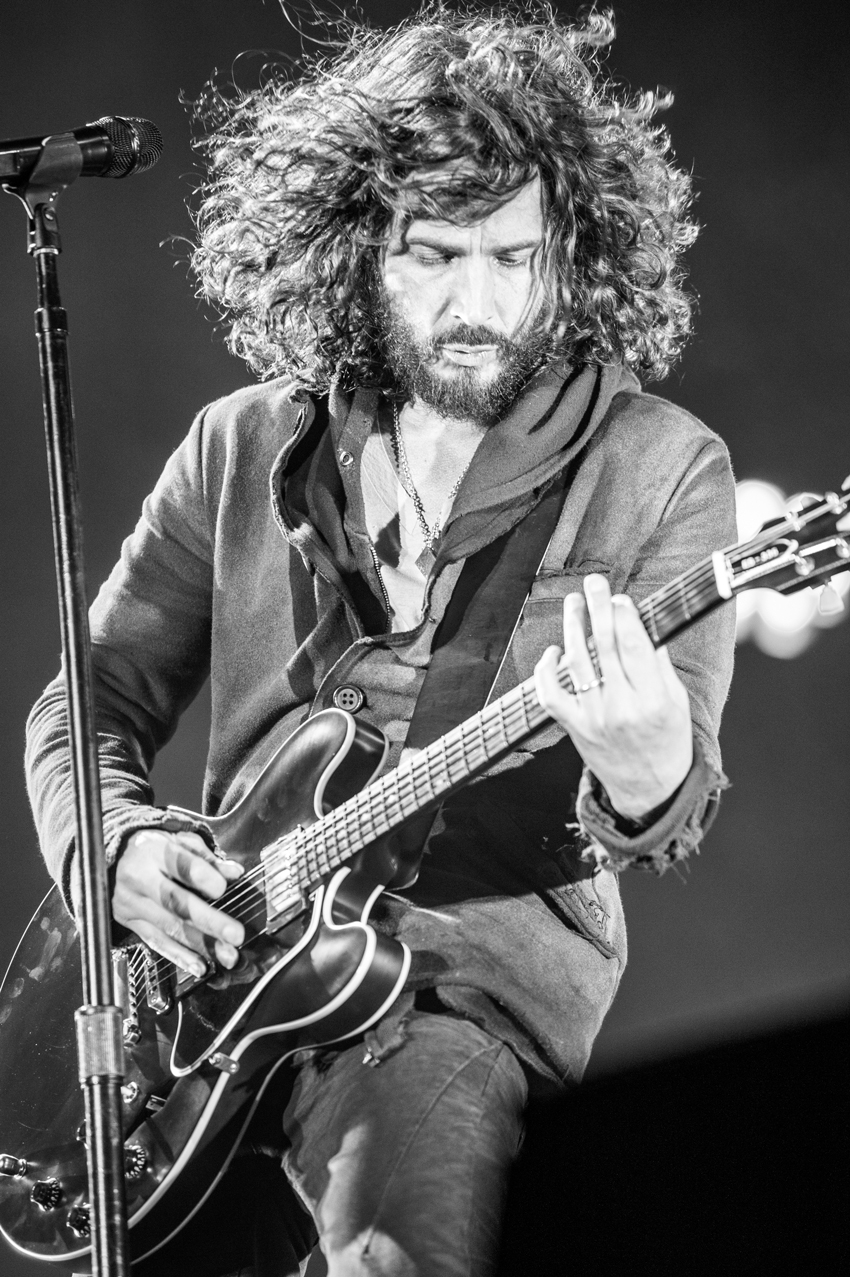 Whether or not you’re a fan of Soundgarden, by now you’re likely aware of the demise of Chris Cornell and have seen or heard the slew of tributes paid to the frontman made famous during the ‘90s grunge era. I’m not going to rehash the singer’s life—I didn’t know the man personally—but I can tell you about the connection between Cornell and ANTIGRAVITY.

I was aware of Soundgarden before the 1994 release of Superunknown, the most successful album of the band’s career. I was 15 at the time, already into Nirvana, Pearl Jam, and the movie Singles. And what teenager with MTV hadn’t seen Beavis and Butt-Head jamming out to the video for “Rusty Cage?” I spent weeks on a sophmore art class project, hand-lettering onto a canvas the lyrics to Badmotorfinger’s “Slaves & Bulldozers,” a track full of the angst and anxiety I felt at the time.

When Superunknown was released and “Black Hole Sun” and “Spoonman” found the band millions of new listeners, I was digging deep into tracks like “My Wave” and “Let Me Drown”—a song relevant to me over ten years later, as I went to it hundreds of times after Katrina. “Slip down the darkness to the mouth / Damn the water burn the wine / I’m going home for the last time.” No song made a bigger impression on future me than the title track: “If this doesn’t make you free / It doesn’t mean you’re tied; If you don’t want to be seen / You don’t have to hide; If this isn’t making sense / It doesn’t make it lies.”

I felt connected to Cornell for conveying the questionable reality I was struggling with. I grasped onto this concept of duality introduced on “Superunknown” because I needed a way to reconcile diametrically opposed ideas of life. Could I respect religious people, even though I don’t believe? Sure, as long as they kept it off my wave, man. Could I stand to live my life the way I wanted in Louisiana, even though my best friend was Black and I didn’t hate people who weren’t cis? Part of believing I could was knowing, “If this isn’t what you see / It doesn’t make you blind.”

After Cornell’s death, I went to the touchstone of my youth for answers: Rolling Stone. I read the tributes from Heart’s Ann Wilson and Jane’s Addiction’s Perry Farrell. But of all the pieces, my favorite was an interview with Cameron Crowe, published just before the news of Cornell’s death broke, for the 25th anniversary of Singles. Crowe originally thought Cornell would play the lead role of Cliff Poncier—aspiring Seattle musician who doesn’t realize what he really wants until he loses everything—but Soundgarden was becoming more successful and the singer couldn’t commit to the full-time role. He assumed a minor part in the film, as so many of the era’s Seattle musicians did. What Crowe discovered later was that Cornell had come across Jeff Ament’s mock-up for the solo cassette tape Cliff peddles on the street in the movie (which included fictional song titles). As the character Cornell might’ve been, he “record[ed] all of these songs, with lyrics, and total creative vision, and recorded the entire fake solo cassette.” The song “Seasons,” featuring just Chris Cornell, wound up being included on the soundtrack.

I read that and thought, “That is so cool.” I mean, who takes it upon themselves to create an entire album just because? Then I remembered what it was like in 2002 to sit down and write what would become three issues of a zine, and how that begat the Alternative Media Expo in 2003, and in 2004 the magazine you’re holding in your hands. I remembered that need to create something simply because I thought it should exist. And I felt connected to this artist, who I’d never met, but who wound up heavily influencing me nonetheless.