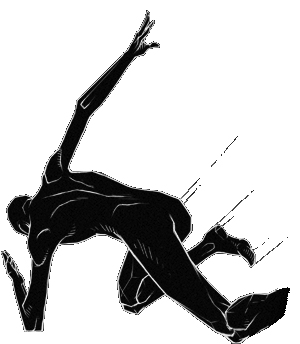 Minecraft
This build-em-up survival game is a hit with the kids. It once made a kid scream at me and claim to be an Enderman. It was freaky. Anyway, Minecraft is self descriptive. You mine and you craft, simply to create and/or survive. You could explore, fight zombies, or build a discoteque honeybee farm. The game leaves it to you. While modern games use way-points and tutorials to teach mechanics, Minecraft does not. Figure it out by yourself, like so many 7 year-olds. (minecraft.net)

Heroes of Hammerwatch
This 16-bit rogue-lite sends you deep into dungeons to gather loot, kill things, and die! Each one-time journey ends when you decide to leave with your loot, or something happens to you—like getting laser blasted by a floating eyeball. You level up your character, build up your town, and gather items to allow you to explore deeper levels. Dying during a boss fight is understandable, but impaling yourself on floor spikes while fleeing a beetle is infuriating. (heroesofhammerwatch.com)

Starbound
An old-school side scroller for those who appreciate a little narrative and interesting gameplay, Starbound blasts you into space sometime after the destruction of Earth. Your spaceship breaks down, so you must explore wilderness and planetary settlements to rebuild your ship and hire a crew. Equal parts action-adventure story and creative sandbox, Starbound is a deep, procedurally generated game that can chew up hours of your time. (playstarbound.com)

Stardew Valley
This indie farming game made by a guy in his living room has been a massive hit, and it is currently available on all platforms. You inherited an overgrown farm and it is your mission to help get it back to producing again. Each character has real personality and charm. This game is great for folks who dig real-time strategy games, but don’t dig conflict and armies. (stardewvalley.net)

Heavy Bullets
Many run-and-gun, Doom-homage games work on low to mid-grade laptops. This type of game is similar to “rogue-lites” like Heroes of Hammerwatch:  traverse as many levels, gather as much stuff, and blast as many enemies as possible in a single run. I’m partial to Heavy Bullets because the art design reminds me of my 4th grade Trapper Keeper. The mechanics are also interesting. You only have a few bullets and you can pick them back up, forcing you to be deliberate and resourceful in a way most of these games do not. (steampowered.com)

Fotonica
Fotonica (pictured above) is a running game. You run and jump through an obstacle course that looks like an overclocked screensaver. You run faster, you earn points, but “Game Over” if you lose control. Pretty basic. This game is cheap, it can run on a potato, and anybody can play it. It’s good for short amounts of time, and friendly competition between housemates. (fotonica-game.com)