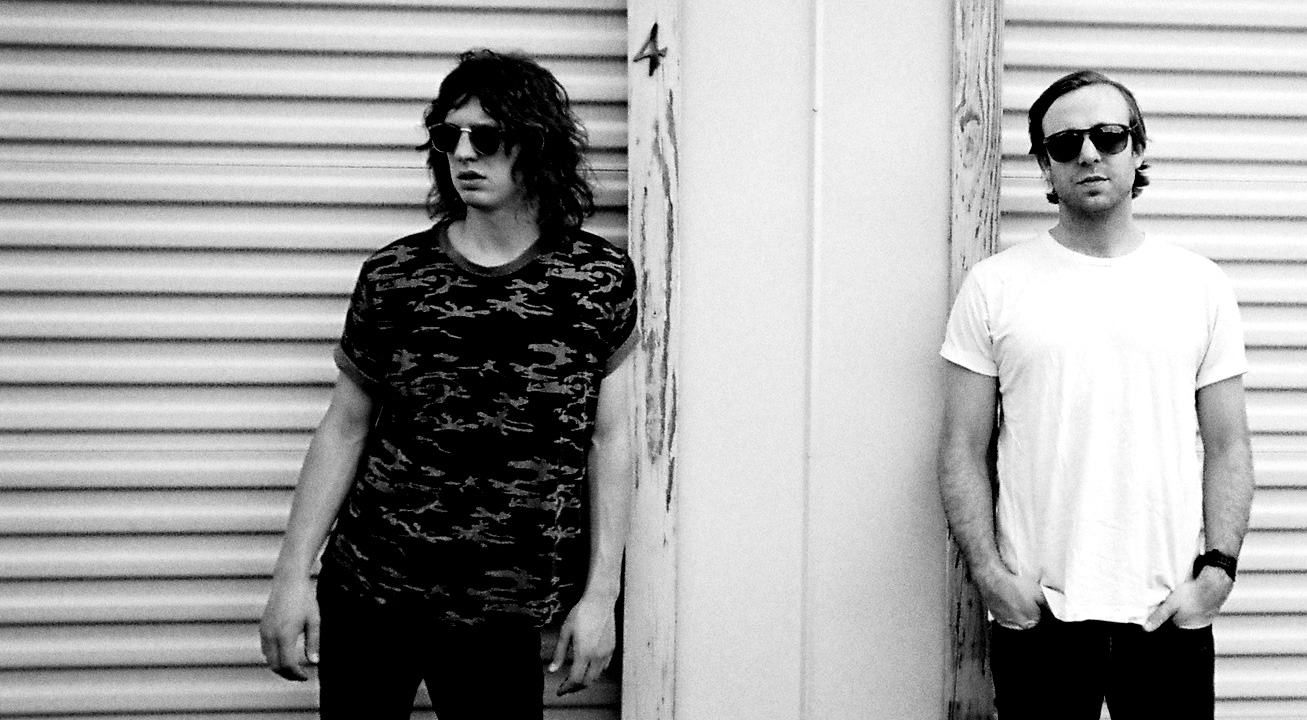 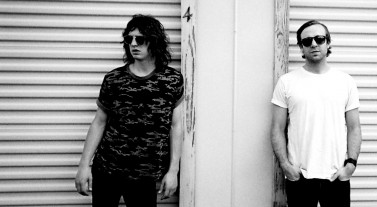 In early October, Bass Drum of Death releases its third album, Rip This, on L.A.- based label Innovative Leisure. After years of constant touring, along with producing two albums himself, bandleader John Barrett decided Bass Drum of Death had shed its skin and grown into something larger than a solo project. He first invited his touring drummer Len Clark to join the band as a full-time member. To hone their sound, Barrett and Clark traded a derelict party-house and part-time studio in Oxford, Mississippi, for Prairie Sun Studios in Sonoma, California. The duo also asked Unknown Mortal Orchestra bassist Jake Portrait to produce the session. The changes don’t mean a dramatic switch in tone or a genre-bending experimental  album. Barrett and Clark ripped up the first two albums then built something fresh out of the spare parts. Rip This is a bullheaded rock album with supercharged guitars, unhinged distortion, and gut-punching drums. Like their first two albums, it’s plenty fast and loud, but without all the fuzzed-out guitars and garbled lyrics. John Barrett talked with Antigravity about the band’s metamorphosis and the strange duality of life on the road.

Up until this record, you were Bass Drum of Death, but you asked Len to collaborate and asked Jake  to produce. Why, after almost six years of making records by yourself, was it time to change?

John Barrett: I’ve known Len for going on 10 or so years now. When I asked him to join the band,  he told me, “Yeah, obviously I would love to play with you, but I don’t want to be just a gun for hire. I want to be involved in it. A thing I can take some ownership over, something that could be my thing, too.”  It’s just nice to have someone who cares about [the  band] as much as I do… I think it was time. When I was writing, I had the tendency to get stuck in my own head  in a bad way. So, when things were actually good, I would convince myself they sucked. It eases the stress levels for what I’m doing because I know I can take it to him. He’ll tell me if it sucks or if it’s great. The same thing  with Jake producing the record. I did two records myself, so the third one I wanted to make elite. Elite sonic quality, songwriting, and stuff like that.

So you’ve been allowed to explore your sound a little bit more?

Yeah! They help to bat around certain ideas, and to go a few different ways that I might not have gone on my own. That’s one thing; I want to keep evolving, growing, and getting better. I don’t want to get stuck making the same record ten times because nobody  wants to hear that.

How is Rip This different from your other two albums?

There are a couple of things. One song is just a straight-up acoustic song. It’s an up-tempo acoustic song, but there was nothing like that on any of my other records. Some drum stuff that Len is able to do. On the first two records, the drums sounded cool, but I’m playing them. I’m not really that good of a drummer, so I was doing the best I could and I guess that’s endearing. Plus, a few things with structure. We just talked about not dragging things out too long, and just making sure the songs have the maximum effect when you listen to them.

What was it like writing your  other records? You wrote, recorded, and produced both  albums plus a few singles.

I didn’t ever intend for [GB City] to be a record. One day, I had a bunch of songs that sounded good, so I put them in a tracklist and said, “Oh shit I have a record!” Then, we toured that  [album] for a year and a half, pretty much nonstop. I get home from tour  and everybody asks, “Where’s the next record?” and I’m like, “What do you mean? I’ve been on tour for two years now!” So, we got back, and I just sat in the house and tried to write… It was a weird adjustment, going from traveling for so long to coming home  and being in one place. When I began my second record, I basically started from scratch because we were so busy I didn’t have a chance to demo stuff. It was overwhelming; I’d done a year and a half on the job, and I had to come back and write a whole new record. I think some of that anxiety comes  through in the songs, definitely. 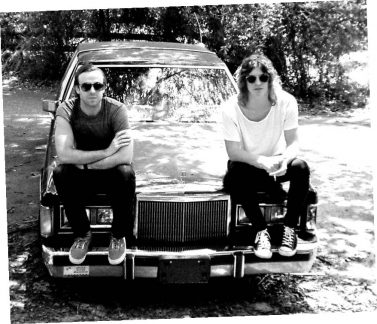 Did you bring anything to the studio from you experience making GB City and the self-titled album?

It was actually similar because the  way that I did my demos [for this  record] was the exact same way I recorded my [other] records. But, I did it with the idea that those demos  would never see the light of day, that they were sketches of what we wanted to do. I wasn’t really focusing on recording aspects of it; I just focused  on the songwriting. We wanted to be prepared so when we got to California we could knock it out and play around with it. [Len and I] rehearsed a lot live. My goal going into it was to be super prepared. When you’re in a studio every moment is costing you money.

Since  you’ve started Bass Drum of Death, you’ve insisted on strict artistic control over your music. Has this gotten harder with each  album?

Honestly it’s stayed pretty much the  same. When I started out, I was doing stuff by myself because I didn’t want  anybody to tell me how to do anything. After the first full-length, people I worked with understood that I’m going to do it “this way,” and they’ve trusted me to make the right decisions. It’s cool. My worst nightmare is to make some songs, send them to a label, and the label be like “Oh yeah, there’s not really a single here. You should probably go back in and do ten more.” That’s what  I’ve been able to avoid… Nobody knows my shit better than me. If I like it, that’s  the best sign. I’ve always been stubborn as fuck, so whenever somebody tells me not to do something, I want to do the opposite. When people give good opinions, I listen to them. But there’s definitely been times when I’ve ignored people and it’s ended up working out really well.

In the tour documentary This Isn’t Your Mom’s Game,  your live shows seem delightfully chaotic. Does the  audience respond to your energy, or is it a mutually beneficial kind of thing ?

I don’t know. It’s always good luck when a club is packed out and everyone is going nuts. I think honestly some of it is the records being out for a while, people being really into them when they come out, and maybe passing them along to friends…  We did that tour on the documentary in February. That’s when it was like, “Whoa, this is gnarly.” It was super intense because people were banging up against my pedals and shit, climbing  on stage and stuff. It was one of those things that felt like I was conducting an orchestra of people that were going absolutely apeshit. I like those crazier shows because I can sit back, play the  songs, and kinda watch everybody and be the master of ceremonies. That’s only the second headlining tour we’ve ever done, so it was cool that everyone was there for us. 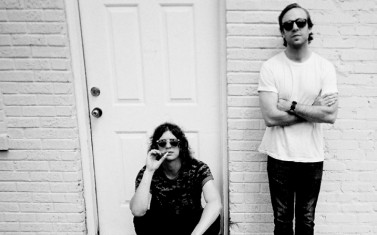 Most of life on the road can’t be like  that, can it?

Most of it is boring as fuck. You’re just sitting in a van all day. You get out and soundcheck, then you sit around the venue. Wait, then you play. After that, you get drinks; either a couple of drinks or like 30 drinks. Go to sleep, and then you wake up the next day, and, you know, do it all again. It’s a grind, but it’s cool because you’re in all these different places at once. Now I have friends all over the country. It wouldn’t be my recommended way to travel if you wanted to see cool things  and do stuff. It’s still work; it’s just a fun job.

Bass Drum of Death plays at Siberia on September 9th. For more info, check out bassdrumofdeath.com