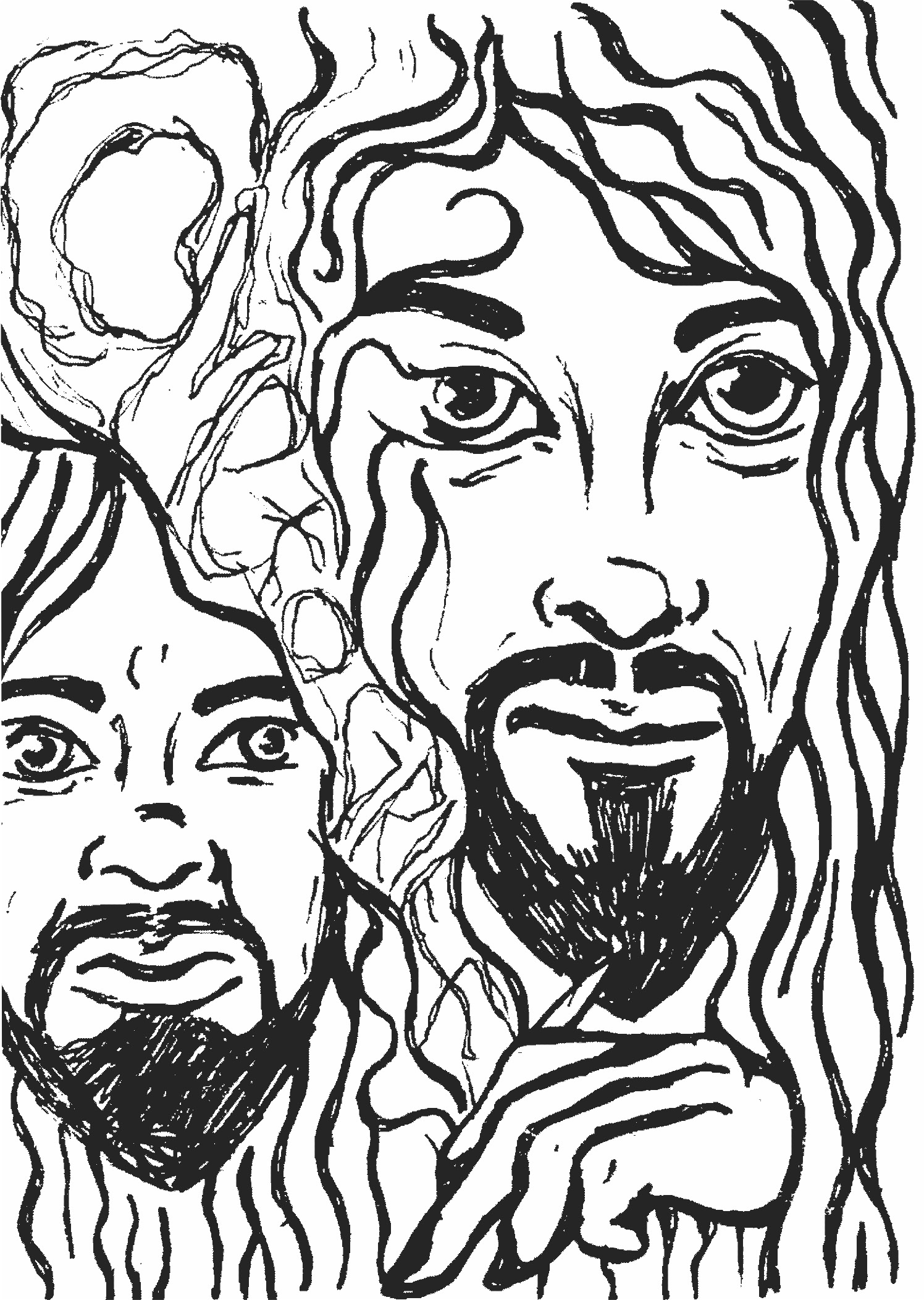 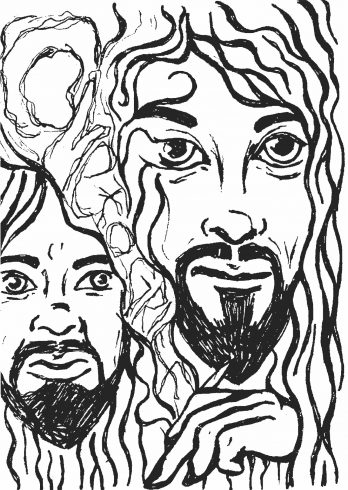 Grief practically invented the style known as sludge metal when three members from Disrupt (aggressive political punk from Boston) decided to start playing slow, angry, bleak music in 1992. My first exposure to them was their split 7” with 13 in 1993. At the time, I’d never heard anything so depressive and filled with pure hatred before. I was hooked! After a breakup in 2000, they are back as a new, powerful unit. Changing their name to Come to Grief ( from their 1994 album), they have been playing old standards, plus a few favorites from other releases (“I Hate the Human Race,” “Ostrich,” “No Choice”) and even a new track (“Killed by Life”). This interview with Terry Savastano (guitar, backing vocals) and Justin Christian (bass) took place during their most recent West Coast tour, before their show at the Panic Room in Portland, Oregon.

When Grief started, was it a side project or a departure from Disrupt?
Terry Savastano: Absolutely not. I never intended the band to be a side project whatsoever. It was going to be its own entity as a functioning band. But see, the whole thing was, I needed people to do it with, right? So I just got Disrupt guys to switch instruments and do it. But it was always “a band,” know what I mean? I’m not into that side project thing.

So when you were done with Grief… you want to talk about your departure?
TS: So basically what happened was the band broke up in 2000. The last show we played was at Mission Records (in San Francisco) on our last West Coast tour. And then in 2005, we got back together again. And I did three shows with them, and I didn’t want to do it no more. They ended up continuing on without me.

Yeah, I saw one of those shows, at the Middle East in Boston.
TS: Yeah, I know you did. A lot of people did. I was in another band at the time [Disrupt] and I was happy doing what I was doing. I chose not to pursue it and I thought they would stop, but they didn’t. They got some young kid to replace me. You know, kind of a bad situation. That’s what happened with that.

So how did “Come to Grief”come about?
TS: I had to go into rehab in 2012. I got really fucked up with booze and I got into a little bit of trouble and while I was in there, I really wanted to play the Grief songs again. So I approached a couple of guys from Grief that I wanted involved, and they didn’t want to do it. So I figured, let me get guys that want to do it. So that’s pretty much what happened.

I was really looking forward to seeing y’all at “Dead Fest” [in Oakland] last year.
TS: Yeah, things got a little screwed up. Going back a little bit, Justin was really the catalyst in getting all this going. It was always a thought in my mind to do it and then finally he was like, “God, another guy wants to do it.” So yeah, I had another former Grief drummer, previous to Chuck [Conlon] and he just didn’t work out too good. And I had another guy doing guitar and vocals and he just didn’t work out too well either. So the whole “Dead Fest” thing last year fell through, you know? And then Jonathan [Hebert] came down for rehearsal and he was really bugging me: “Hey, I can sing all your songs. No problem.” And I said, “Yeah yeah yeah—whatever.” He lives way up in Maine. One night he came down and sang the songs perfectly.
Justin Christian: We rehearsed without a drummer. We got really tight.
TS: Yeah, guitar, Justin on bass, and Jonathan just screaming.
JC: Jonathan was working and Chuck was a Grief member and Terry was like, “Fuck yeah, I’d work with him.”
TS: Yeah, Chuck got in touch with me on the internet. You know, “Great to hear from you again. Glad you’re doing good.” One thing lead to another, and it worked out great. Again, Chuck came down and within the first half hour was all like, “OK, this is great. Here we go. Let’s book a show.” Know what I mean? It was like that. We clicked.

But the touring has got to be difficult because everyone has a wife and kids.
TS: Of course. It’s super difficult. It’s work.
JC: It’s not difficult to control that. We carve out exactly what time we can do it and talk to the family about what we can and can’t do. And once your schedule fits the calendar—
TS: Let’s go!
JC: That’s why we’re not doing six-month tours. It’s unnecessary.
TS: That’s the difficulty, that we can’t take off for a month, month and a half. We want to but we can’t. But other than that, we pretty much dictate what we do and where we go. We’re getting response from all over the place… We’re meeting some of the nicest, most professional people I’ve worked with in my entire career lately. Within the past year I’ve made so many friends and connections. The networking, it’s just fucking amazing! I love it!

How did y’all hook up with Fuck Yoga [Records out of Macedonia]?
TS: Basically, when I was initially getting Come to Grief together, at first a bunch of labels got in touch with me about repressing the old Grief stuff. And he [Petar Ribarevski] offered me the best deal. He was the most professional. The nicest guy. And he’s just so on top of it. The guy lives halfway across the fucking world, man! And he just spit that shit out. His quality is amazing, you know? And I thought, “I want to work with this guy.” I can’t wait to meet him and hopefully go over there. That’s the plan of ours, is to go to Europe next year. But you know, one thing at a time. That’s how we did it.
JC: The first official Come to Grief recording will be taking the new material I’ve been writing with Terry and we’re doing it on Fuck Yoga. A 7”, but I think it’ll probably be a 12”.
TS: That’s been the biggest, huge, gigantic question everybody’s been asking me: “You know, what’s going on? What are you going to put out?” We have two new songs in our set that we’ve been playing and two other ones that are almost complete. So we’ll probably go into the studio with four songs right off the bat. We’ll do a full length. We’ll do whatever. We don’t care… But you’ve got to understand, it’s really a gradual thing. We’ve got a lot of shows to play. It’s taking time, but why be in a rush, I guess?
JC: We’d like to go everywhere to give people a chance to hear this new stuff. But the ultimate goal is to get to a healthy balance of old and new stuff.
TS: We will always perform… I will always perform, no matter how long this band lasts. I will always perform Grief standards, you know what I mean? It’ll always pretty much be half and half. Half Grief standards.
JC: The response has been fucking amazing! I don’t think Grief would have achieved… well, look at the position they were in. Everybody likes everything after the fact. You’ve got the old heads like us, and you’ve got these kids who were basically told that you need to listen to Grief. And they make up the lion’s share of the audience. They want to hear this shit as much as anybody.

I am thrilled to be able to see you guys! I missed the one Grief show in New Orleans (in Metairie actually, at Zeppelin’s).
TS: I know, I know. That was in ‘95 when we toured with Extreme Noise Terror. That’s right, yeah. Your support is greatly appreciated. We love what we do. I don’t know, man. I’m older now and I don’t drink no more. I’m seeing with more of a clearer head I guess, right? We just want to perform, play good, and give people what they want. You want to hear the tunes? We’re going to fucking deliver them, man! We’re up there to entertain ourselves as much as the audience. We’re with y’all all the way. Fuck yeah!

I think that’s it!
TS: Let’s just say that this is, um, you know… there’s a lot of planning that goes into touring and we just jumped on a plane with our guitars and that’s it. We’re relying on people for gear, food, places to stay. This is the most amazing hospitality I’ve ever encountered in my life! This is bordering Europe, you know what I mean? Because in the States, you’re usually on your own, man. You get treated like shit. You don’t get food, you don’t get nothin. This trip here, people have been way taking care of us. We really appreciate it, you know? We’re having a blast! We get along great. There’s great chemistry in the band. We fuck around with each other a lot. We get along well, you know what I mean? And that means a lot. You’ve got to dig the people that you’re doing it with, man. You know, it’s fucking important. We are a team, you know?

And y’all are up on that merch!
TS: Yeah, we’ve been fortunate, man. That’s another thing too. It’s like the most merchandise that I’ve had in any band in my life. We got pins, two different kinds of patches, long sleeves, we got everything! We try to accommodate. I know when I’m a fan of a band and I go see them and they got a bunch of stuff, I’m psyched. And that’s the thing, you’re going to sell it. I mean, we hope to. Every town is different.

And don’t forget to make a few “Big boy” size shirts.
TS: Yeah, what is it with all you people? [laughter] Everybody’s a medium and small now. We’ve got all these XL shirts and everybody’s like, “No, they’re too big.” You know, we’re big dudes, man. We figure everybody’s big like us and shit, right? [laughter] But no, anyway, if you bought a shirt, record, or you bought anything from us, we appreciate it because you’re keeping us going. It means a lot. 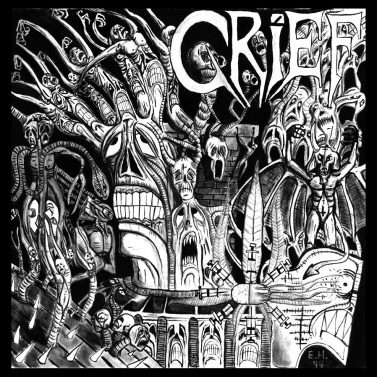 Recording and transcribing assistance from Melissa White. Come to Grief plays at Siberia on September 10th as part of the New Orleans Doom Fest, with Too Soon, Fat Stupid Ugly People, Christworm, Gristnam, Baptizer, and In Your Long Arms.