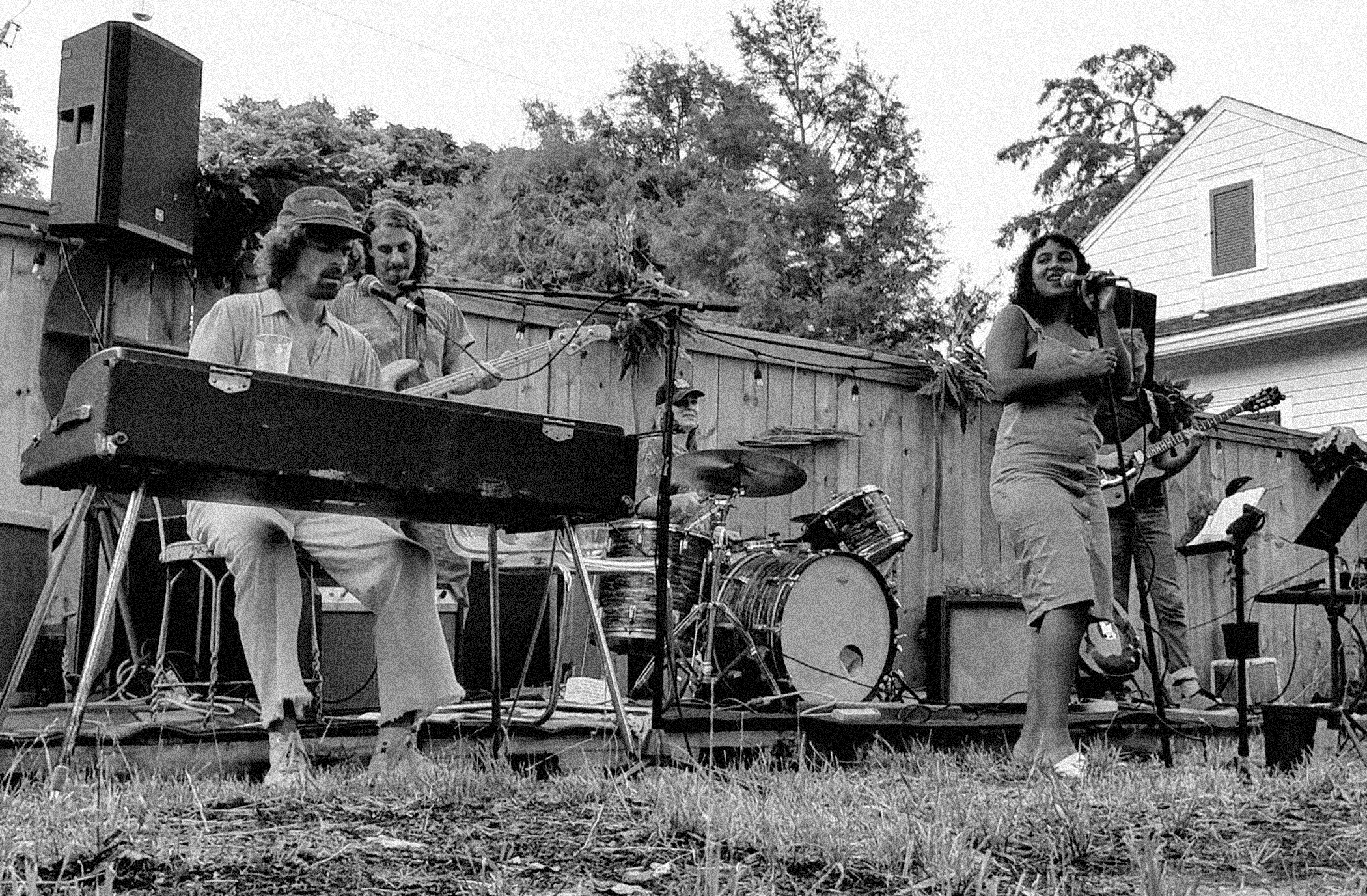 When music documentarian Lily Keber said around the fire one night that she’d love to hear Julie Odell perform “Tennessee Blues” by Bobby Charles, no one could have known the idea would snowball into one of this festival season’s best underground shows. In this town, you have to be careful what you say out loud.

Ever since she moved down the street from Vaughan’s, Keber has been hosting something like impromptu working class artists’ salons in her backyard. She generally has a big iron cauldron of sauce piquante that she sets down on a buckling card table, and people drink whiskey, play guitar, and argue amicably about music, history, and Louisiana politics until the small hours. Though music has always been a central part of these backyard affairs, the possibilities of using the space as a more official venue went unexplored until recently, when the band Tuba Skinny’s ill-fated canoeing field trip led to the loss of Lily’s canoe, and they threw a benefit concert in her backyard to replace it. The event was a smash hit, leaving an encore in high demand.

When it was decided that the follow-up concert would be a Bobby Charles tribute show, I didn’t know what to expect—I had never heard his name before in my life. This, it turns out, is because I was not raised in South Louisiana. He may not be a household name in the rest of the country, but down here Bobby Charles has got nothing but love. The internationally acclaimed songwriter always preferred his natal swamps to life in the limelight, which only endeared him to his Louisiana fanbase. And when word about the Bobby Charles concert got out, local musicians clamored to pay tribute to the late swamp pop hero. Soon, a formidable lineup was assembled, along with a setlist promising both old Bobby Charles favorites and some deep cuts you might not hear anywhere else.

Those who arrived at the concert uninitiated into the world of Bobby Charles wouldn’t stay that way for long. As the musicians warmed up, the audience posted up with stiff drinks and bowls of Lily’s signature sauce piquante, and both musicians and audience members traded some of the Bobby Charles stories that made up his legend. Pretty soon those of us who didn’t grow up with him began to feel like we had.

Sam Doores and Maddy Kirgo kicked off the festivities as the soft light of afternoon faded to evening. Doores started the song “Street People” with a dedication to the New Orleanians he bummed around with when he first came to town. “Who’s gonna work, make the economy grow / If we all hang out in the street?” Doores and Kirgo sang. “Well, I don’t know, and I don’t care / Just as long as it ain’t me.” Tif Lamson kept it funky on the drums next to longtime collaborator Adam Keil on electric guitar, and the classic ode to the shiftless drifter was a hit in one of the few remaining Bywater backyards where office jobs are still frowned upon.

Next, Sabine McCalla turned up the heat with a sultry rendition of “Just Let Go.” Taylor Guarisco kept the bass low and slow as Sam Doores followed McCalla’s rich vocals on keys. “Let yourself go, be my woman tonight,” McCalla sang, producing catcalls and salacious cheers from a crowd that, by the way they were dancing, seemed ready to take her up on the offer.

The song “The Jealous Kind” sung by Tuba Skinny’s Greg Sherman accompanied by Neil Todten’s rolicking keyboard, was a reminder of the songwriter’s debt to New Orleans R&B—one of Charles’ first musical goals was to write a song for Fats Domino, which he eventually did as one of the collaborators on “Walking to New Orleans.” The Cajun bass player Trey Boudreaux, closing out a marathon run commuting between Lafayette and New Orleans throughout festival season, held down the R&B beat on drums. “Cajuns get it done!” someone shouted as the song ended.

“Man, I wish Bobby Charles could see what was happening right now—I bet Bobby Charles would be very satisfied with himself with everything he did for his community,” said Julie Odell as The Jelly Sisters’ set started up. Odell described him as she pictured him in her head, sitting on his Abbeville porch and writing his songs in the sweltering heat. “That whole time he had no idea what was going to happen tonight with this beautiful-ass shit!” Julie wiggled her bare feet on the crimson rug of the makeshift stage, and it was easy to picture her as a little girl grooving to Bobby Charles in her parents’ living room.

“I’m Tif, and I’m from Lafayette, Louisiana,” fellow Jelly Sister Tif Lamson said as she settled in behind the drums. “We grew up listening to these songs. We’d slow dance to ‘em, make love to ‘em—just kidding,” she said slyly. “No you weren’t,” quipped Lily from the audience, and everyone laughed. She introduced the song, “I Must Be In A Good Place Now,” with a bittersweet note. “I know we haven’t all been in a good place, but this is my favorite song in the world. It’s in my will for someone to sing it at my funeral.” Brandishing a drumstick at the crowd, she said, “One of you better do it!”

At times, the sweetness of the show was overpowering, leaving no recourse but to put your arms around someone and slow dance. Nostalgia can be contagious, and that night it swept up everybody. Of the many things that endear South Louisianans to me, their ability to keep the memory of the people they’ve lost alive is at the very top of the list, a thought that was never more present than during Dayna Kurtz’s rendition of Charles’ tender love song (co-written with David Allan Coe), “You’ll Always Live Inside of Me.”

For this one, she asked the audience to join her in singing, and to dedicate it to someone they lost. “There are all kinds of gone,” she said. “You’ll know who you need to sing it to.” The melancholy melody washed over us all, and looking at the people swaying underneath the warm, twinkling lights, I could see they had been split wide open just like me. Out tumbled all our missing loved ones—lost to death, heartbreak, and misunderstanding—and their spirits mingled with ours as everyone joined her for the chorus.

In the end, I imagine Julie Odell was right in thinking this concert would have made Bobby Charles feel mighty pleased with himself. To see musicians of his children and grandchildren’s generation play his songs and play them well, bringing everyone into the fold of his finely crafted melodies, has to be pretty close to swamp pop songwriter heaven. 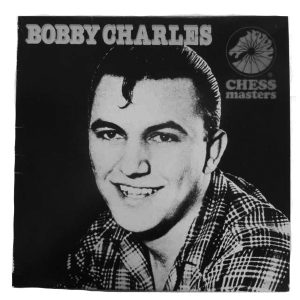