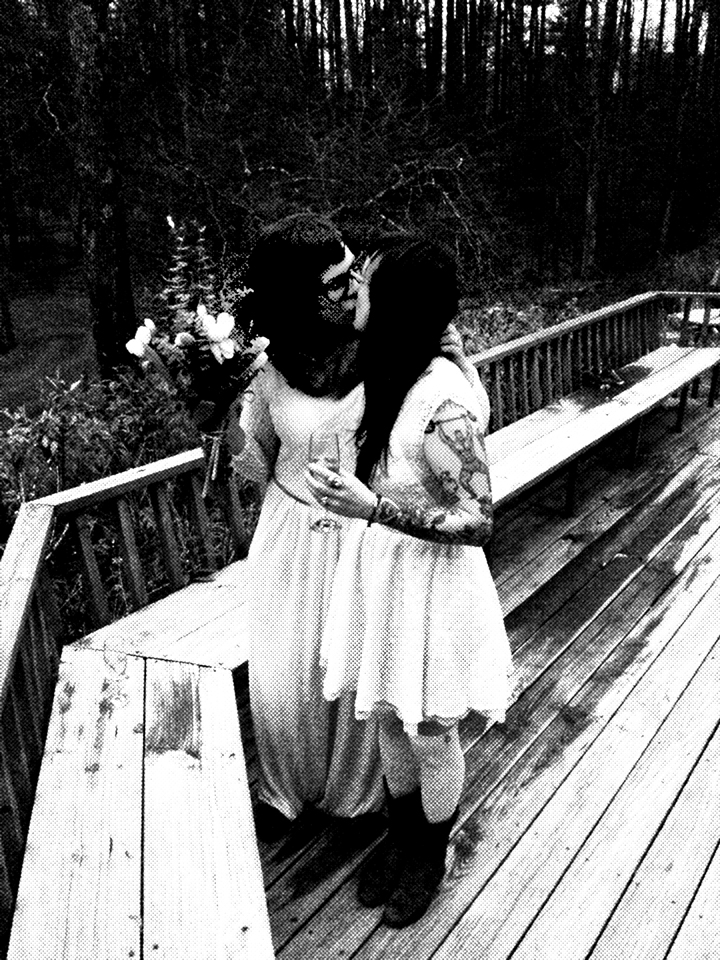 My wife and I got married in New York just two short years ago in a rented cabin upstate. There, the rings on our fingers meant we were legally and lovingly tied together as one family unit. At the wedding, we made jambalaya and hurricanes for our guests because shortly thereafter we’d be moving to New Orleans. For the first few months we lived in Louisiana, our brand new marriage ceased being legal. Drive a few thousand miles, and suddenly those bands were nothing but ornamental. Thankfully on Friday, June 26, 2015 the Supreme Court—in the landmark case Obergefell v. Hodges—ruled to legalize gay marriage across the board. I had just come out from getting a pap smear at Tulane Hospital when I read the news on my phone, which was funny to me at the time. A banner vagina day all around. Not so funny anymore, considering I was able to have that appointment because I’m on my wife’s insurance, which I won’t be if our post-election fears come true.

I have so much to lose now. Prior to my marriage I consider myself to have been a child. Living for myself, caring primarily for myself, with nothing in tow that couldn’t easily be replaced. Once I got married to my wife, as dramatic as it may sound, all of that changed. I signed myself over to a time-honored tradition—ritual even—that put in the books that we belonged together and that’s that. I didn’t care about the fine print, the boring paperwork like taxes or whatever. I just wanted a certificate that said we’re in love. I’ve since learned that the boring paperwork part of it is cool too, and important. Things are always extra important-seeming when they’re threatened to be yanked away from you.

Maybe you have people in your family like we do, who say they love you, and then loudly champion elected officials who would zap the homo right out of you if they could. Maybe you’re worried that if your same-sex marriage rights get taken away, and one of you gets sick and is in the hospital or (god forbid) dies, those backwards-thinking family members will unleash their Lifetime Family Movie shit and pull some “blood relatives only” business. These fears are real.

It’s not enough to run around being like “I’m upset” all the time. You have to at least try to offer a solution, or help work towards one. So here comes something helpful I can provide. I talked to a couple of lawyers, Andrea Rubin and Brandon Robb (with Delaney, Robb & Rubin), about some of these things we’re all worried about as married LGBT folks and asked my worst case scenario fear questions. I felt a little bit better after getting some legal perspective, and maybe you all will too.

We can’t wait around for those who don’t give a shit to start seeing us as anything else than “other.” We gotta look after ourselves now.

I wish I could call my Trump-loving family and tell them that I’m consulting lawyers to protect my marriage that they’ve put in jeopardy by voting the way they did, and say it in such a way that would make them care, but I’d fail. They wouldn’t care. Your people who don’t care probably won’t ever care either. We can’t wait around for those who don’t give a shit to start seeing us as anything else than “other.” We gotta look after ourselves now.

What are the odds that the government, under Trump, could revoke gay marriages?
Andrea Rubin and Brandon Robb: The odds that the fundamental right of same-sex couples to marry could be taken away—or existing marriages undone—are slim to none. The Supreme Court has spoken on that issue. Simply put, the right exists, and it almost certainly is not going to go away. It would take either an amendment to the Constitution or the Supreme Court reversing itself in the future, both of which are exceedingly unlikely to happen. Having said that, the incoming Trump administration and Congress could certainly take steps that make it harder for gay and lesbian couples to exercise that right. For instance, if a so-called “religious freedom” bill were to pass that exempted public officials who claim to have religious objections to issuing marriage licenses, couples in some places could face practical impediments to getting married.

In the event the above does happen, what steps (power of attorney, living will, etc.) could couples go through to maintain as many of their rights as possible?
Prior to the national availability of same-sex marriages, it was certainly the case that same-sex couples had to take some additional estate planning steps, such as powers of attorney, to protect one another legally. If same-sex couples found themselves in the position of being unable to marry again, they may have to take some added steps beyond the normal estate planning measures the married opposite-sex couples do. However, we believe it is extremely unlikely the right to marry will be taken away. It is still critically important, however, for any couple— gay or straight—to ensure that they have proper wills, powers of attorney, and other documents in place to protect themselves to the fullest extent the law allows. What type of planning is necessary will depend on the unique circumstances of each couple.

For people who aren’t too savvy with politics who are maybe just for the first time thinking of these things, where should they start in terms of protecting their LGBT rights, specifically as a married unit?
Fortunately there are a number of very good resources for anyone interested in learning more about how to protect their rights. Many national and local organizations with an emphasis on civil rights for the LGBT community, including the Human Rights Campaign, Lambda Legal, and, right here in Louisiana, the Forum for Equality, do vital work for the community, and provide a wide variety of information to people looking to get involved. As for couples who may have very specific questions about how the law affects their own situation, seeking the advice of an attorney is always a great idea.

I’ve heard some couples joke about adopting each other if they lose their marriage rights. Is that a thing that could happen?
So-called “adult adoption,” in which one partner becomes the adoptive parent of the other, was a technique that some same-sex couples used in the years prior to the advent of same-sex marriages and civil unions, so that at least some form of legal connection existed between them. Now that the right to marry is almost certainly here to stay, there is not much reason for couples to consider this step, and even if marriage unexpectedly is no longer available, it is not the most ideal way for couples to provide legal protections to one another. It is not a choice we would generally recommend, barring an extraordinary circumstance. 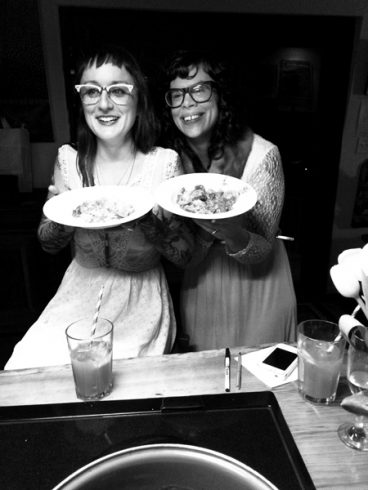 For more information, check out the following resources:

BreakOUT!
BreakOUT! focuses on the needs of LGBTQ youth in New Orleans.
facebook.com/YouthBreakOUT
504-252-9025