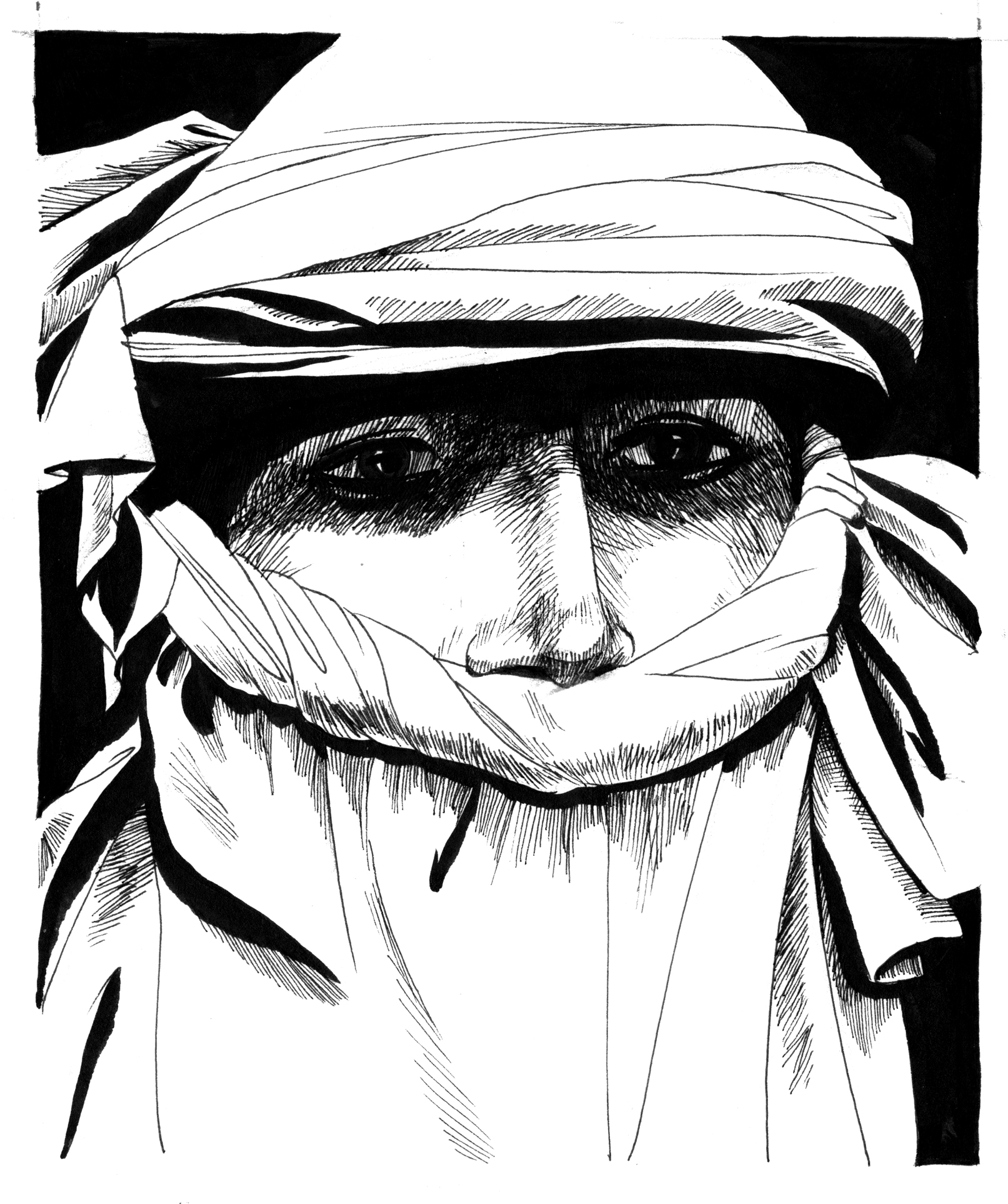 Nigerien guitar slinger Mdou Moctar has spent most of the last year touring far away from his home country. In March, he released Ilana: The Creator, an album that captures his band’s fiery psychedelic rock version of Tuareg music, also known as desert blues. Moctar combines heavily repetitive riffs with blistering guitar solos, resulting in trance-inducing songs that often drift beyond 10 minutes during live performances.

Although the guitarist now shares his music with fans across the globe, he quite literally built his career single-handedly. Moctar grew up in a heavily religious family that looked down on musicians, viewing them as drug users and drinkers. Without their support or the means to afford his own instrument, a young Moctar built his first guitar, combining a piece of wood with strings made from bicycle brake wires.

Moctar’s music rose to regional notoriety via the trading of cell phone memory cards across the Sahara. Once American label Sahel Sounds (named for the region just south of the Sahara) discovered these recordings, Moctar began to build an international following. In 2015, he starred in a Nigerien readaption of Purple Rain. The resulting cult film, Akounak Tedalat Taha Tazoughai, was the first film made in the Taureg language. The title translates to “Rain the Color Blue with a Little Red in it” because the Tuareg language has no word for purple.

Jazz Fest rarely allows bands to play longer than their scheduled sets. This year, Quint Davis made an exception when he came on stage after Moctar’s midday set at the Blues Tent and personally demanded the guitarist play an encore. Moctar finished his performance in the typically seated tent to a standing ovation. A few days later, he played sold-out amphitheaters and arenas as an opener for Tame Impala. He has come a long way since building his first guitar in secrecy. With the assistance of a translator, Moctar wrote to ANTIGRAVITY to reflect on his growth and recent travels.

Where are you now?

Right now I am in New York. We just finished a long tour and we’re taking some time to rest in New York and work on new music.

You just finished a two month tour of Europe, the United States, and Canada. How was that?

It was good. We went to parts of Canada that were really gorgeous. We did something like one month in Canada, which from what people were saying, bands don’t normally do. Playing to newer audiences always feels good.

In April, you played at Jazz Fest and at Santos in New Orleans. Did you get to listen to any of the other music happening?

We got to listen to Cedric Burnside, who played right before us at New Orleans Jazz Fest. Since then we’ve become friends. I love his music! We’ve seen him play and shared the stage with him a few times on this last tour.

You visited Domino Sound in New Orleans and they had a section of Mdou Moctar records. Were you surprised to see that?

It was cool to see an Mdou section at Domino Sound. Matt at Domino Sound is a great person who travels a lot to Ethiopia. We got to spend some time with him.

Your parents didn’t want you to play music so you had to make your first guitar. What inspired you to want to play guitar?

I used to make the tea for musicians in my town and would listen to them play. Abdallah Oumbadagou, from my village, was one of the first musicians I got to see and I love his music.

Did you ever think you would get to tour the world?

At the beginning I didn’t think I was able to tour outside of Africa, but we’re touring now.

In May, you played arenas and amphitheaters with Tame Impala. What was that like?

It was very different and so awesome. It was a different experience for us. The people that came to the concerts didn’t really know who we were, but I think they liked it afterwards. Tame Impala are very nice people and very welcoming.

How did Tame Impala’s crowds react to your music?

They really enjoyed it!

You recently played a collaborative set with Steve Gunn. Are there any other artists you want to collaborate with?

We played a collaborative set with Steve Gunn and Cass McCombs at the Winnipeg Folk Festival. It was really fun. We all have such different styles, but it worked very well. I would love to meet and play with [Eddie] Van Halen one day. He is one of my favorite guitarists.

People often compare you to Jimi Hendrix, but you had never heard his music until recently. Do you get tired of the Hendrix comparisons?

I love Jimi Hendrix. We listen to a lot of his music in the van. Ahmoudou (rhythm guitarist) and I hear a lot of Tuareg style in his playing. I think he was influenced by the music of the Sahel?

In past interviews, you’ve said you didn’t know a lot of music outside of Niger. What music have you heard this year that you really like?

We really like the Superwolf record with Matt Sweeney and Will Oldham [Bonnie “Prince” Billy].

I feel like your live show is very different from your new album. On the album, the songs are very precise. Live, they stretch on forever and there are lots of crazy guitar solos. Is this difference intentional?

The album would be too long if we played it how we do at the concerts. I like that the concerts and the album are different. It’s a different experience for people.

Many of your lyrics are religious. Do you worry that your messages are lost on foreign audiences?

It’s true a lot of people in the United States and Europe don’t understand what I’m singing about, but I try to explain what the song is about. There is also a translation sleeve in the new album.

Do you consider yourself an international ambassador?

I just need to make the people happy, that is what I want. I do this by spreading the Tuareg culture around the world. The Tuareg audience has been very supportive and happy for what I am doing.

Is there anything you want to tell New Orleans about Niger and its people?

We had a great time last time we were there and everyone is very nice. I love New Orleans and I am very excited to be back!