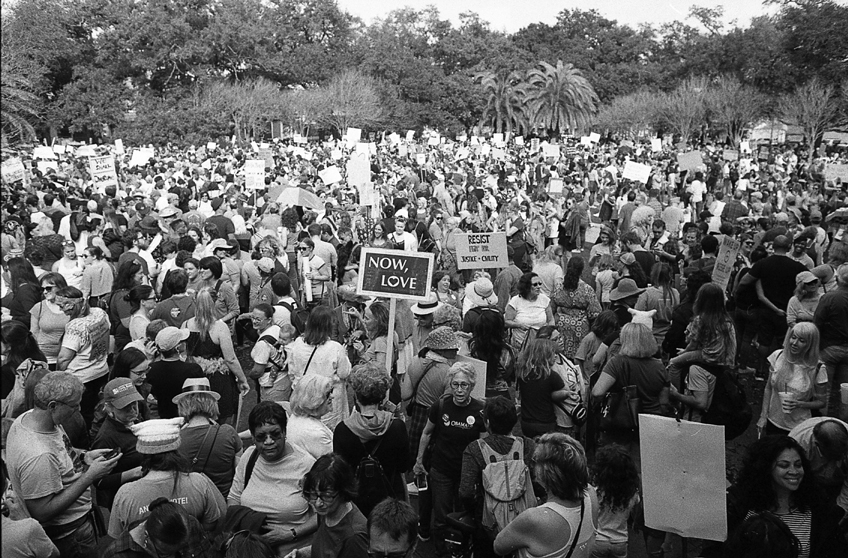 As the campaigns for the 2017 March elections are unfolding, so is the drama. So, readers, ANTIGRAVITY brings you an update to the upcoming March elections! So, if you haven’t already, read all about it and vote SATURDAY MARCH 25 2017.

New Orleans gets another Election Day, on March 25th. Check GeauxVote for your polling location and sample ballot. Note: This guide may differ somewhat from the ballot you see on Election Day.

Be sure to bring your government-issued ID, and Vote Early if you can:

If you are registered and don’t care, please find someone who is currently incarcerated, on parole, or otherwise disenfranchised from voting, but wants their opinions heard. You can vote for their interests. Contact our hardworking friends at VOTE to learn more about access to voting rights.

These guides have been produced lovingly and carefully since 2014 by a group of individuals who wish to confront the existing lack of accountability in the branches of Louisiana government, and in the election process more generally. We did a lot of research and talked with our neighbors, friends, and allies. We agreed on the following guidelines to make—or in some cases, decline to make—our recommendations:

•Promote justice and advancement for people of color, poor people, queer people, immigrants, youth, people most affected by environmental degradation, and other marginalized populations in our communities; prioritize the needs of these people above others.

•Favor the judicial candidates least destructive to the lives of the poor and others caught in the dragnet of our punitive legal system.

•Be strategic about New Orleanians’ specific needs getting adequately addressed on the state and federal levels, especially with regard to environmental, economic, and healthcare concerns.

•Reject the influence of post-Katrina opportunism at all levels of government. Many New Orleanians have not yet come home, due to lack of resources. For those who have returned, they find the city expensive, and meaningful employment unobtainable. Healthcare has been slashed, as have other vital social services. The charterization of public schools has thoroughly devalued community input. We do not reward the public officials or business folks who dismantle public works and civic life.

We approach this work with a harm reduction ethos—that is, we understand we cannot easily nor quickly move the mountains of inequality, prejudice, (bureaucracy!), and oppression that keep people down. We consider the view that deliberating on “Who is going to harm us?” is actually not a form of harm reduction at all. Ultimately, we believe we can work to ease the suffering and trauma that exist in our communities. In this way, we advance towards a visionary society in which everyone’s needs are met, and our values are reflected in our system of governance.

These guides usually start as working drafts, so expect updates as we continue to do research. Feel free to submit your contributions!

Firstly, your Harm Reduction Voter Guides would like to commend 18-year-old William Boartfield, Jr, for trying to run for Mayor of Gretna this election. Though ultimately disqualified, Boartfield – who is also the co-chair of the Louisiana Green Party – told the New Orleans Advocate that “I ran mostly because no one was running against an administration that isn’t being held accountable… I still will fight for what I believe in.”

He pledged to push for law enforcement reform through grassroots organizing. We respect you, Boartfield, for acknowledging the power of local office to effect positive change.

Indeed, Boartfield is among many this year to turn away from complacency and step into political activism: New Orleans’ turnout for the J20 protest and Women’s March has not been matched in recent memory!

It is an exciting thing to see so many folks showing up in solidarity with their Brown, Black, immigrant, femme, and gender-nonconforming neighbors: listening to each other, learning, and trying to get smarter about stuff. We hope to see this energy not only sustain itself, but grow and grow and grow.

A great time to get involved is during elections, and also between elections. There are some amazing and brave movements in this town, and we encourage you to get your friends together and get involved. Check out the Black Workers Organize NOLA Timelinefor some motivational political history lessons about New Orleans.

In the meantime, we’ve got our local government to hold accountable, and we’re voting this month for two judges to replace (1) a retired judge and (2) Regina Bartholomew-Woods, who ascended to the Court of Appeals after November’s 2016 election.

These offices are important because they’re high enough to be directly accountable to state government, and low enough to influence policy on the ground in New Orleans (law enforcement, drug criminalization, etc). The best candidates will be those who already have demonstrated a commitment to the public good: through community involvement and accountability of government.

You may find it refreshing that all the candidates are Black women, except a white lady who is queer.

For this one, let’s brush up on some Black herstory: In the 1990s, the Louisiana Supreme Court was tasked with racial reconciliation, as part of the settlement of a federal voting rights lawsuit. Through that process, an additional judge joined the state’s highest bench, and she – Judge Bernette Johnson – is a Black woman. Having ascended to longest-serving member on the court in 2012, Judge Johnson expected (as per convention) to become Chief Justice. But it took a damn hard court battle and the advocacy of civil rights supporters to protect the law and Johnson’s rightful role. (Fun Fact: New Orleans’ Justice & Beyond Coalition was born from this effort.)

Now, Bernette Johnson’s daughter Rachael Johnson is a first-time campaigner going after this Civil Court judgeship. After years of experience as a lawyer and as law clerk for then-Civil District Court Judge Nadine Ramsey, Johnson says she aims to serve the public. A former social worker and Second Harvest volunteer, she is on the Board of the Pro Bono Project and was endorsed by the AFL-CIO Building Trades Council union. However, she’s made some nasty – and highly personal – campaign attacks on her opponents, which only paints Johnson as underhanded and, well, typical.

Also campaigning are first-time candidate Suzy “Everyone in the legal community knows I am gay, but I am not running as a gay candidate” Montero and veteran electioneer Marie Williams.

Montero is a longtime litigator for Chip Forstall’s personal injury firm, daughter of local criminal defense attorney Wilson Montero, and former partner of the late super-lawyer Jack Martzell. She is endorsed by the Forum for Equality, an anti-discrimination PAC. While she hasn’t made her personal life part of the campaign, she – along with her campaign materials – was reportedly kicked out of a recent religious event, due to her support of LGBTQ rights. She posts “anti-trafficking” (wherein survivors become helpless “victims”) messages on her Facebook page, and her PR is done by Cheron Brylski, who represents several New Orleans area charter schools.

A repeat political candidate never earning more than a quarter of the votes, Williams ran for a Civil District Court seat in 2004, Juvenile Court in 2010, Second City Court in 2012, and Criminal Court in 2014 and 2016, when she was disqualified for failing to file her taxes. Her Facebook page is full of Christian affirmations, which is maybe the least interesting part of her media presence: In 2014, she made videos of then-Judge and election competitor Frank Marullo trying to convince her to drop out of the race. The FBI later investigated these videos as evidence of Marullo committing campaign fraud.

Williams, who has a good resume of volunteer work and community activism in New Orleans, has said that “New Orleans will have a safer community when the criminal justice system reduces the number of people behind bars and increases the treatment of mental illness and addiction, which are seen as primary root causes of crime.” Her campaign promises are to “Reduce Violence in Prison by Improving Prison Accountability and Leadership,” “Support Alternatives-to-Arrest and -Incarceration Programs,” and “Support Public Defender Offices and Other Organizations that Fight for Equality in the Criminal Justice system.”

VOTE: Undecided. Since Johnson and Montero are new candidates for public office, there isn’t much information about these candidates’ stances on relevant issues. Johnson and Williams do seem the most committed to the public good, but we don’t like Johnson’s dirty campaign tactics. Williams has been the most persistently and visibly community-minded of the bunch.

Judge, Court of Appeal 4th Circuit, 1st District, Division C
Paula Brown
Tiffany Gautier Chase
Two colleagues from Civil Court vie for this seat in Court of Appeals. Their experiences in Civil Court are about equal in duration, and they both have the charmingly cultivated public personas you might expect from local politicians. Both have quality backgrounds: Brown’s mentor is Chief Justice Bernette Johnson, for whom she served as clerk, and Chase snapped a selfie at the Women’s March with her former law professor and esteemed civil rights attorney Bill Quigley. Both candidates were endorsed by the AFL-CIO’s Building Trades Council union.

Originally from Ocean Springs, Mississippi, Brown came to New Orleans via a Tulane basketball scholarship in 1982. She graduated from Tulane’s Freeman School of Business, then received her J.D. from Southern University Law Center. Her 24-year career has included being a staff attorney with the Orleans Indigent Defender Program and an adjunct professor at Southern University. A breast cancer survivor, Brown is active in the Susan G. Komen Foundation, as well as Covenant House’s annual “Sleep Out to Support Homeless Youth.” Brown officiated Louisiana’s first same-sex marriage in 2015, earning an endorsement from the Forum for Equalit.

Chase’s Facebook page is filled with photos of the candidate with prominent community leaders like Helena Moreno and J.P. Morrell. Lauded for her work on improving technology in the Court, Chase established the Self Help Desk at Civil District Court, which allows people to meet with volunteer lawyers to explore legal options. Chase was the judge for the Canal Place development suit that went nutty, and her decision was overruled in appeals. Her campaign is also run by the charter-boosting Brylski Company.

VOTE: We’re tempted to defer to our shero Bernette Johnson on this one, and choose her disciple Paula Brown. Some sources say Chase is a bit more straightforward and personable than Brown. Either way, both seem like they’d be good for the job.

While New Orleanians wait until the Fall to vote on Mayor and Councilmembers, some Greater New Orleans area elections include the following:

Vying for the seat that became vacant with the Oct. 28 death of longtime member Lee Alexius are District B Councilman Jerry Coner, former Councilman Trey Blackall and businessman Patrick McMath. Coner has experience of 20 years on the City Council, Blackall is a commercial plumbing contractor and part owner of health food store in downtown Covington, who served on City Council from 1999 to 2007 and in an at-large seat from 2007 to 2011, while McMath is vice president of a local, family-owned contracting business and a former assistant St. Tammany district attorney.

For updates and more information on this Voting Guide, go to http://arielleschecter.blogspot.com/2017/03/anti-oppression-anti-bullshit-voting.html.

This voting guide is published primarily as a resource and does not constitute an official endorsement of any candidate or proposition by ANTIGRAVITY or New Orleans Harm Reduction Network.