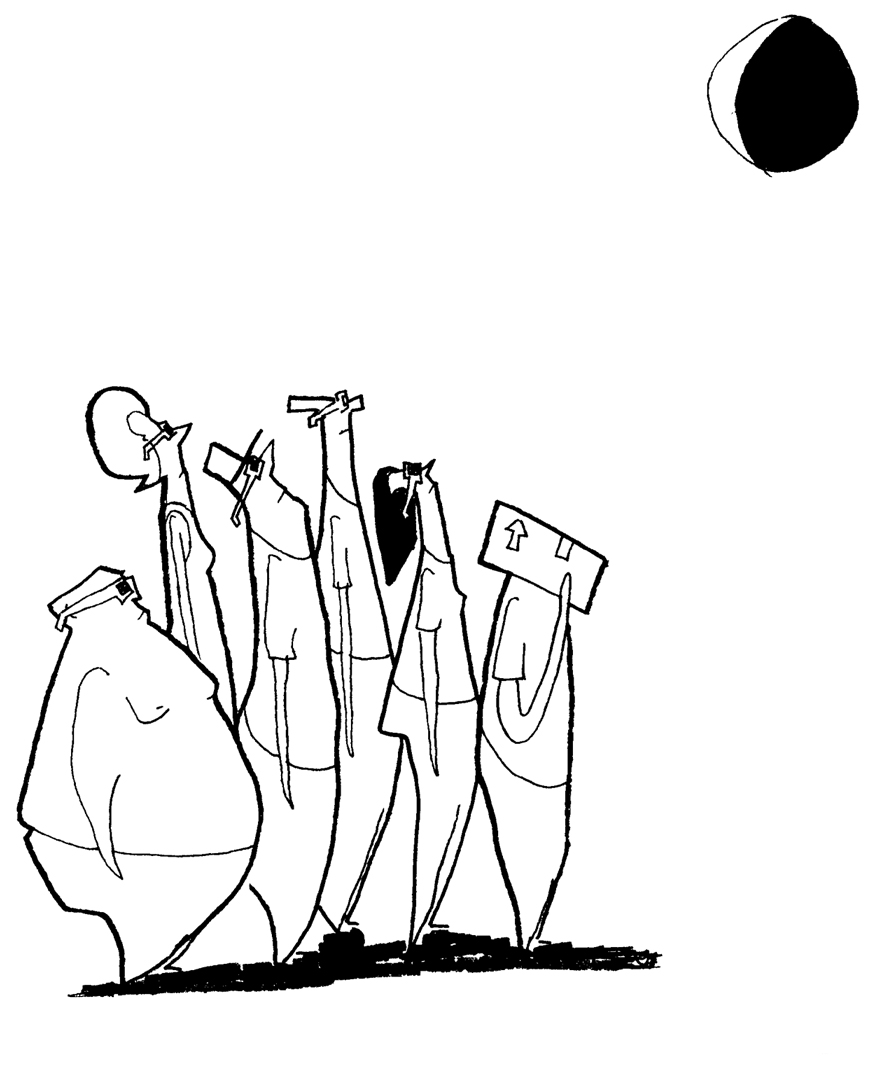 I admit it, I am an eclipse fanatic: taking my children out of school one year and interrupting an important meeting another year, just to see the moon and sun line up and put on a show. Alas, I witnessed only partial eclipses—which are remarkable astronomically—but this is the year of The Great American Eclipse of 2017, so in January I set in motion Operation Moon Shadow.

The Place. My husband and eclipse partner Barry and I began plotting a location last winter, choosing Nashville first because: (1) Nashville is just about dead center in the path of totality, the place where the moon and sun coincide exactly and amazing sights are to be had; and (2) I adore the Coen brother’s homage to country music in O Brother, Where Art Thou? However, we began thinking about city traffic and crowds and parking, so Barry followed the map eastward and reserved a hotel in nearby Oak Ridge. At the edge of the Smokies with a museum dedicated to science and energy, Oak Ridge was perfect.

The Music. Before shopping for supplies, I knew the most important part of my preparation would be the playlist. From classics like “Fly Me to the Moon” by Frank Sinatra, through the folkie years with “The Moon Is a Harsh Mistress” by Judy Collins, to Jay-Z’s “Moonlight,” I started collecting.

The Supplies. I ordered solar eclipse glasses and made a list of other essentials like soccer chairs, boxes and paper for pinhole cameras, and a hat for protection while the sun sailed across the sky alone. I call New Orleans home, so at the top of my list was, naturally, food.  Dreaming about the eclipse, I packed a small round of cheese, Ritz (round) crackers, melon balls, and—of course—Sun Chips and Moon Pies. (Barry added Milky Way candy bars, but I thought that was stretching it.)

The Drive. Fearing snarls of cars along the way, we left our home on the Mississippi Gulf Coast before dawn and headed north across Alabama to the eastern side of Tennessee. All went smoothly with no traffic jams and no one wearing their solar eclipse shades while driving. Barry and I checked into our hotel, grabbed a sandwich downstairs, and went to work on our pinhole cameras. Yes, I had eclipse glasses, but I also wanted to go “old school” and use the boxes like I did with my sons during a partial eclipse in the ‘80s.

That Morning. I woke up early on Monday and could not believe I was less than eight hours away from an eclipse which would start on the West Coast and travel the length of America to the islands off South Carolina. Everything at breakfast reminded me of the coming event: my waffle, the circle of butter, oranges in a bowl, and the yellow moons in the Lucky Charms cereal. Barry accused me of having Eclipse on the Brain as he staked out a place under a tree, with a sunny spot right in front of us. There was a large grassy area nearby, but the crowd gathering was clever like us and huddled in the shade. How ironic: we were all avoiding the sun while waiting for it to put on a show with the moon. Walking around, I discovered people from Texas, New Jersey, and Michigan, gathered in Tennessee to share The Great American Eclipse together. 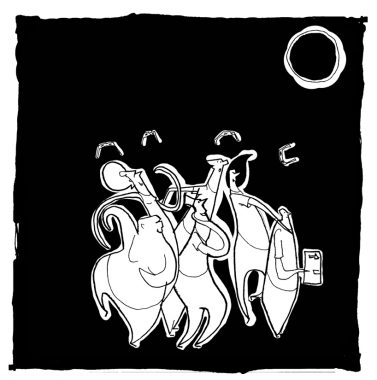 Eclipse Time. After checking on the sun throughout the morning, the eclipse began, right around 1:30 p.m. While looking through my special glasses, I noticed the sun’s disk was missing a small chunk, almost like a nibble had been taken out of it. Barry and I watched over the next two hours as more of the sun was shadowed and it began to resemble a crescent moon. Then, at 2:33, for about 30 seconds, the moon eclipsed the sun, and the sight was transcendent. First, the crowd was silent as the last glimmer of the sun disappeared behind the moon, and then a collective cheer erupted, along with gasps and whoops. It became night, with streetlights and car lights coming on as shadows disappeared. But for Barry and me, the eeriest part of the eclipse was the rising sound of cicadas, singing in the darkness. Wisely, we did not use our phones for eclipse shots and selfies; we wanted to be in the moment and “feel” the gleaming corona of the sun surround the moon’s circle.

Eclipse Afterlife. While all of us stared skyward, thrilled at the sun’s fiery corona, the moon’s shadow began to slip away and once again daylight crept back into our lives. The cicadas, their pulsing chorus rising, stopped immediately while the crowd folded their soccer chairs and moved towards the parking lot. Barry and I continued to watch the moon move on until 3:30 when the sun was alone again. As the eclipse ended, I felt a connection—with the crowds watching with us and across America—but also with ancestors in ages past, some who watched this spectacle without knowledge of the science and physics behind it. What did they think? If they were like Barry and me, I can venture one thought: after a total eclipse ends and the world returns to normal, the sky is never the same, nor can we take the sun and moon for granted. I am back in Mississippi, but this eclipse fan has a confession: when the afternoon sky is clear, I tip back my deck chair, put on my solar glasses, and watch the sun as Elvis croons “Blue Moon of Kentucky.” Because the atlas is out and ready for Operation Moon Shadow 2024.