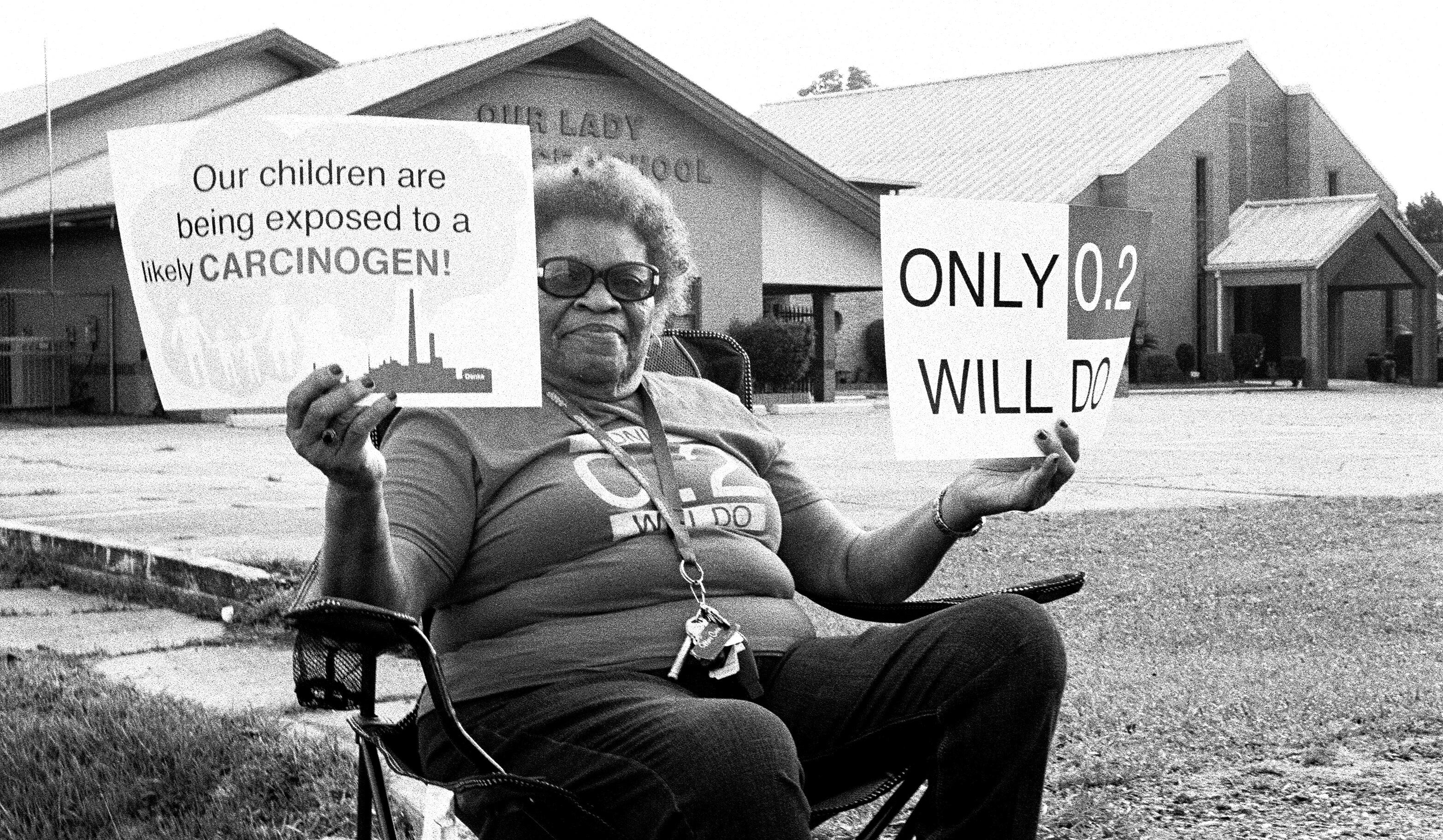 Jason Kerzinski is a street photographer and pedicab operator whose focus is usually the many faces of New Orleans. Recently, his travels have taken him to Reserve, Louisiana to document the lives of those who live near the Dupont/Denka plant. Since the plant started making neoprene (a widely-used synthetic rubber) back in 1969, the community of Reserve has been subjected to chemicals lingering in the air. As of 2016, the EPA has been monitoring the community with six air filters that have been placed around the town to measure levels of chloroprene, a chemical by-product of neoprene. Short-term exposure to chemicals like chloroprene has been linked to ailments ranging from headaches, rapid heartbeat, and gastrointestinal disorders to liver, kidney, and lung damage. Long-term exposure to high concentrations has been linked to neurological symptoms, increased risk of developing cancer through mutagenesis, damage to developing fetuses, spontaneous fetal abortion, and other major health issues. Even though things seem dire, there is a group of Reserve citizens—operating under the moniker of “Concerned Citizens of St. John the Baptist Parish”—who are working diligently to lower the levels of chloroprene in the air. Following are the statements of several members, in their own words and by their own hand: Bobby Handy and George Handy, Sr.; Mrs. Geraldine Watkins; Kellie Tabb; and Lydia Gerard. —Ed. 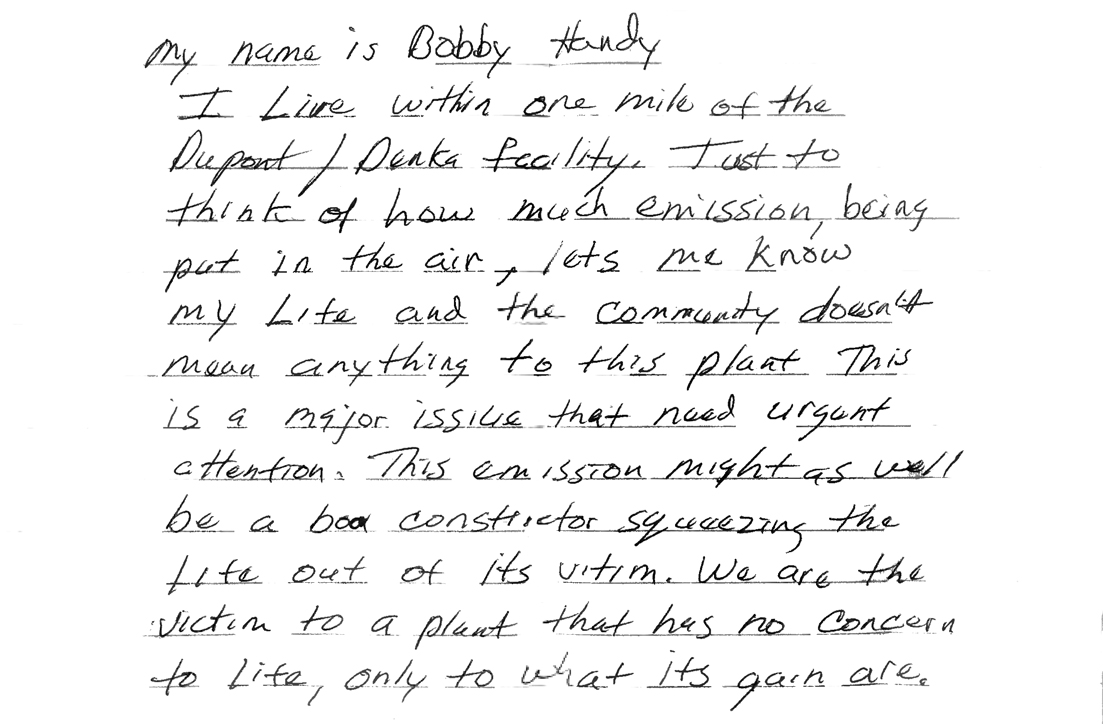 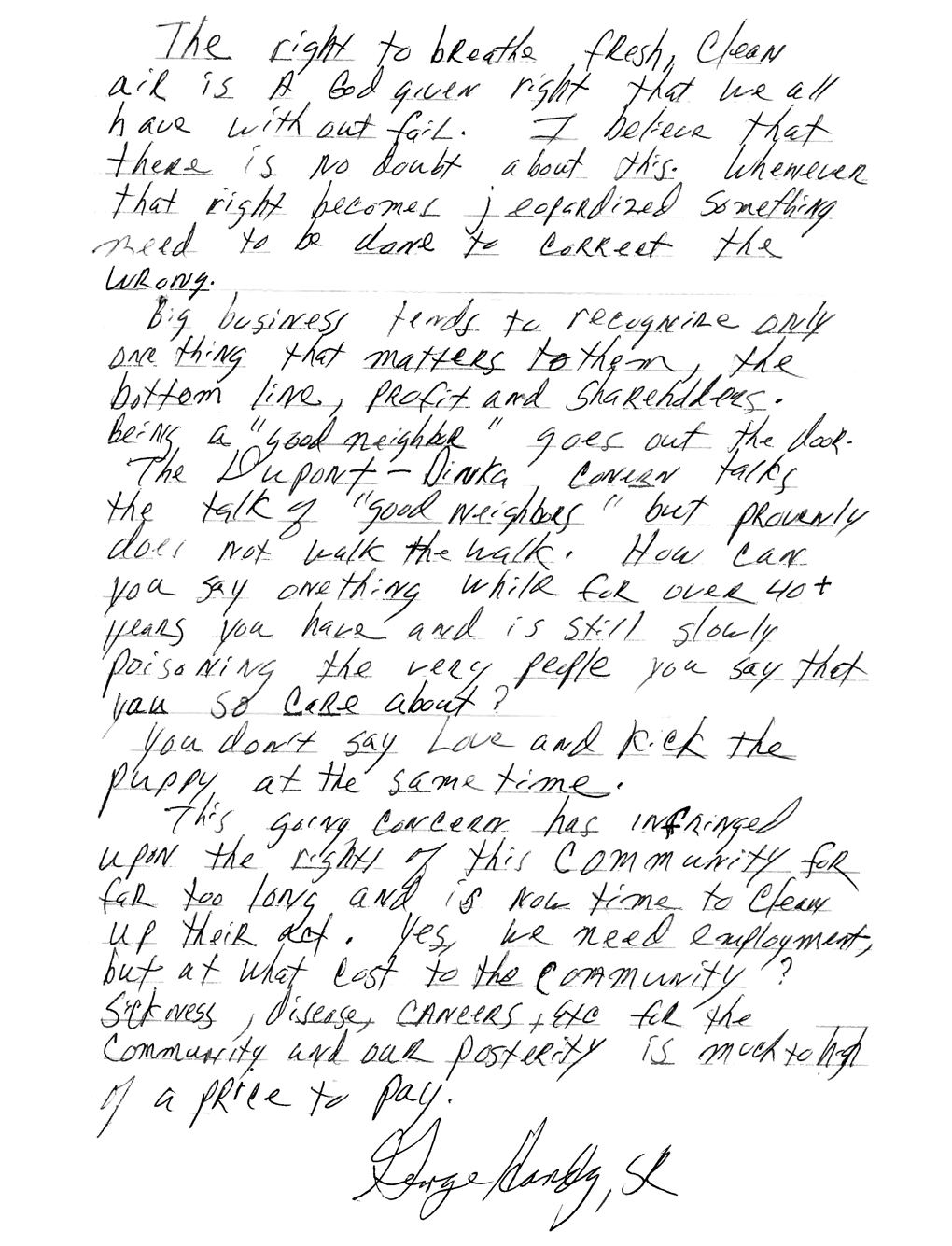 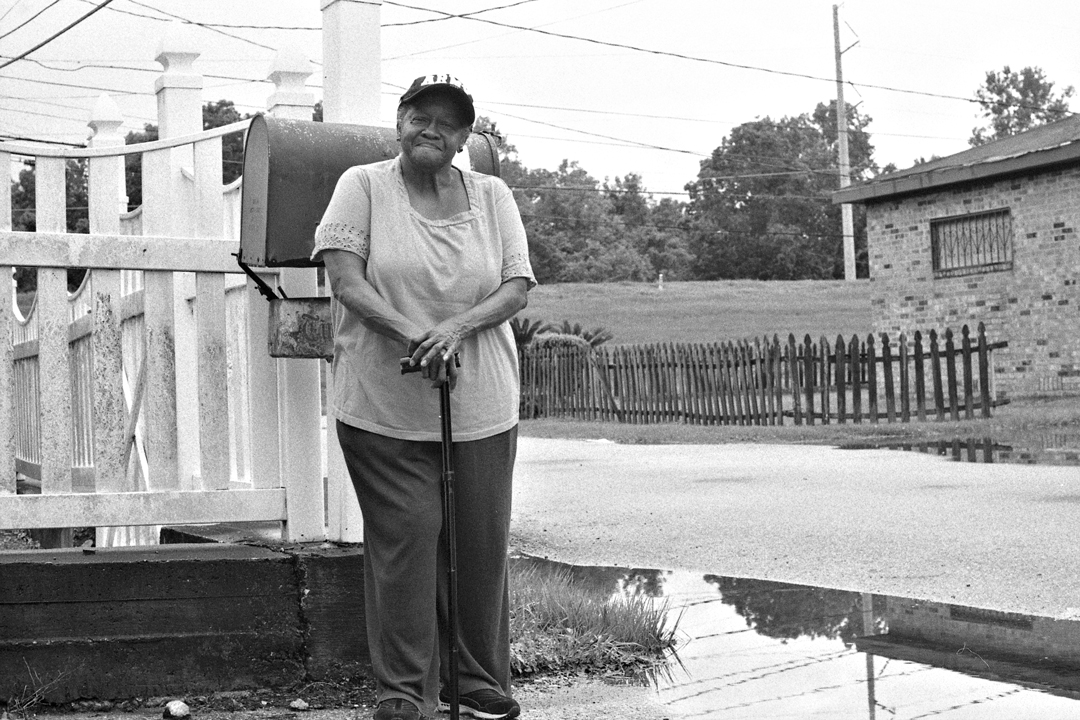 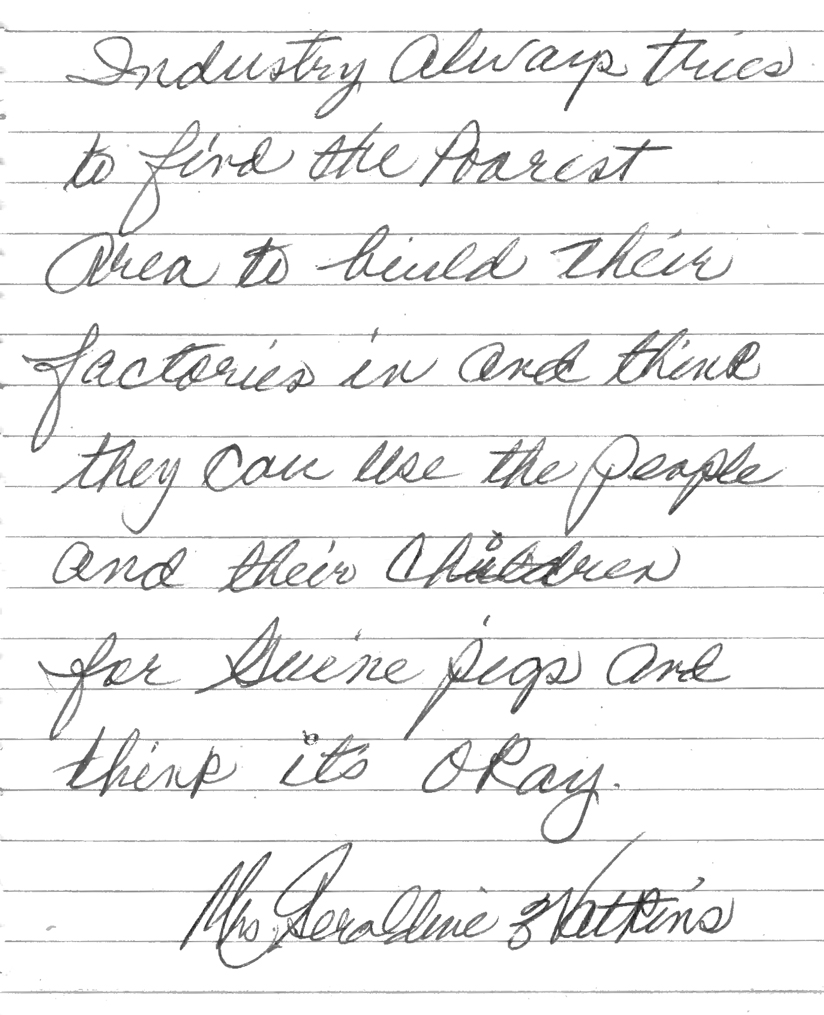 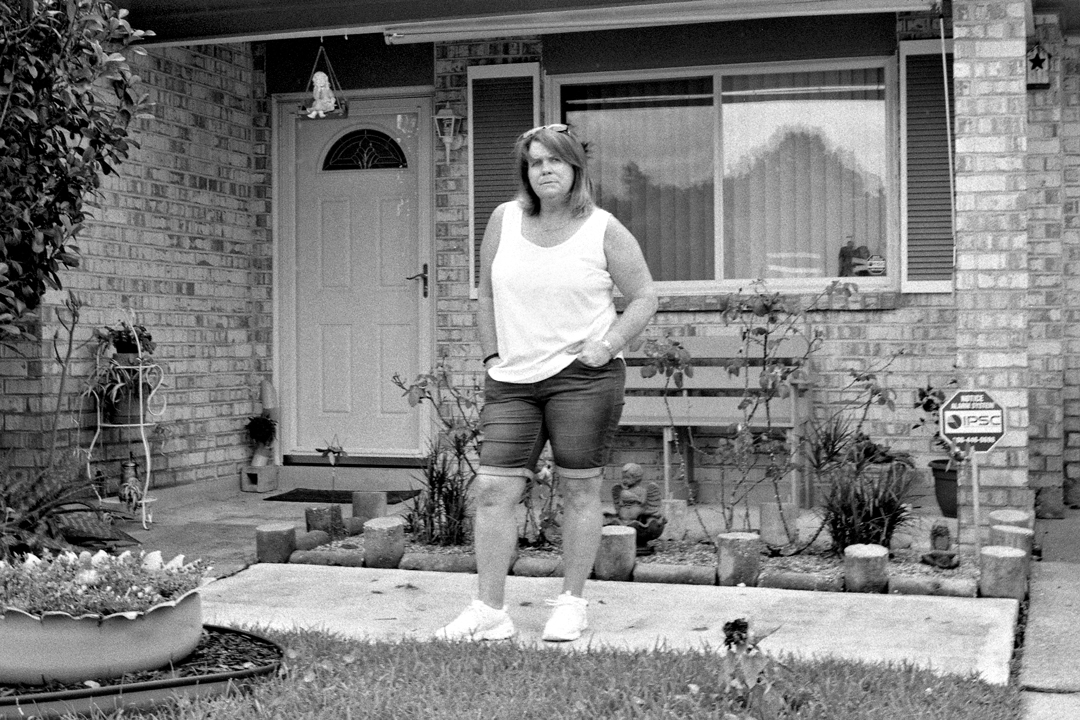 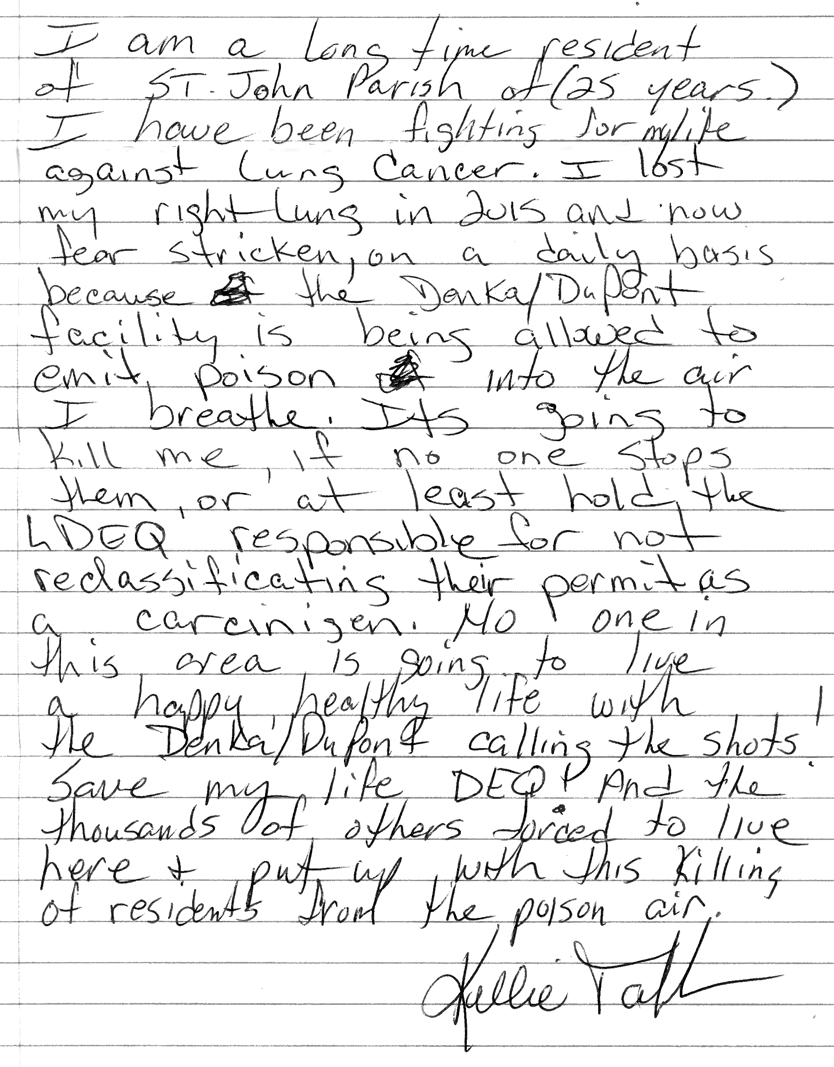 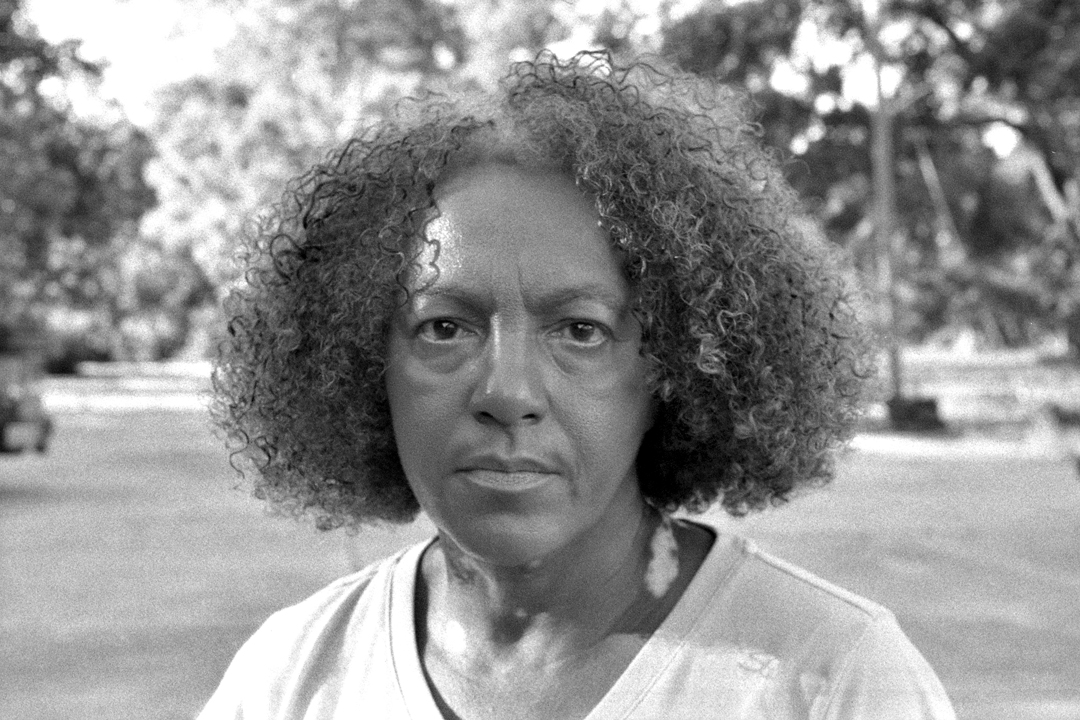 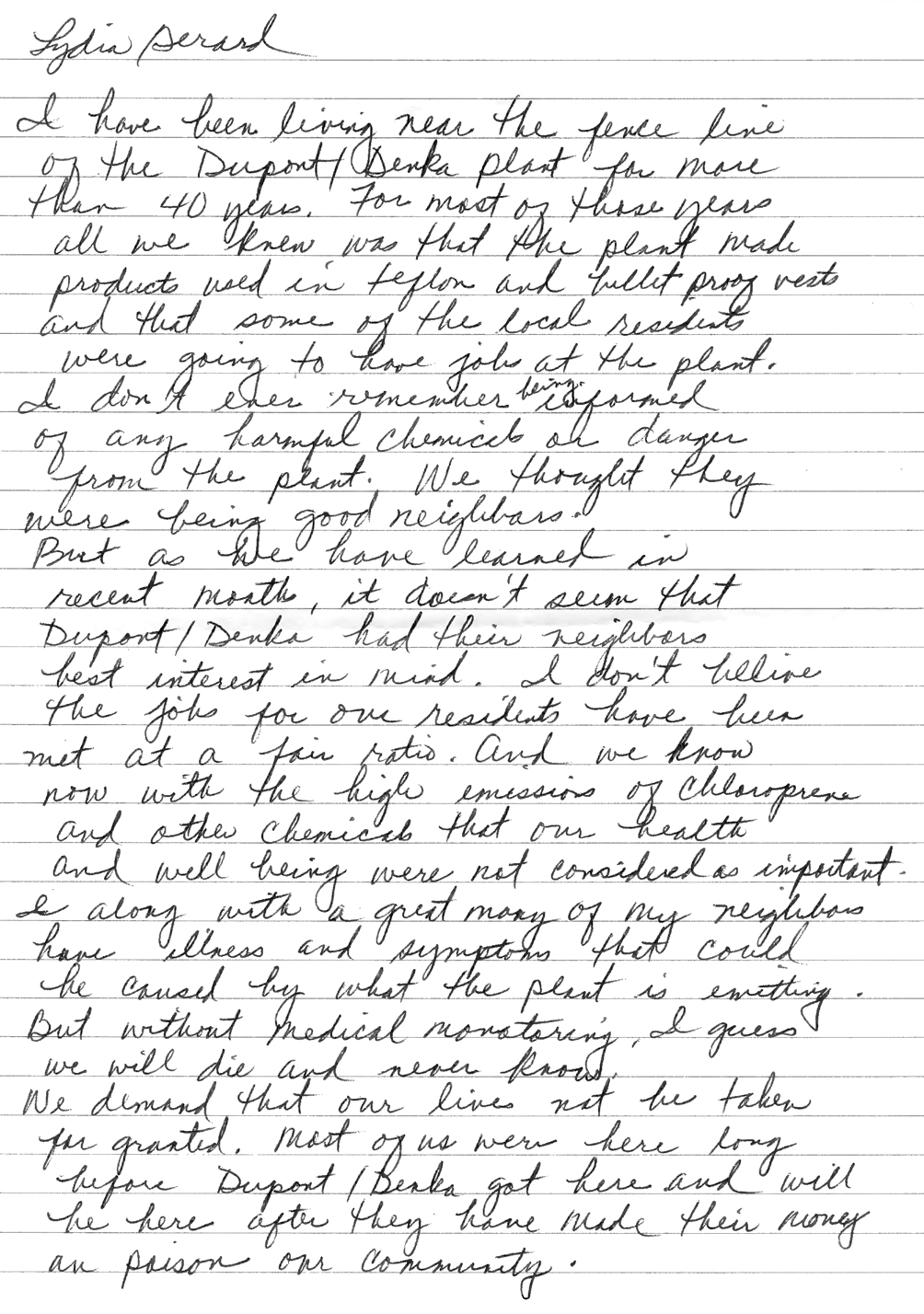